Feminists and left-wing activists have held a “Wear What You Want Beach Party” protest outside the French embassy in London against the “Burkini bans” implemented in some coastal towns.

The demonstration took place directly opposite the Kuwaiti embassy, an Islamic state that banned Bikinis for Muslims and non-Muslims in 2014. Demonstrators said they would not protest against Kuwait when asked.

Mostly young, western women, wearing bikinis and other revealing clothing, attended the event alongside a small number of visibly Muslim people. They held signs asserting: “Our bodies, our choice” and “Burkini ban is racist. Fight sexism and Islamophobia”. 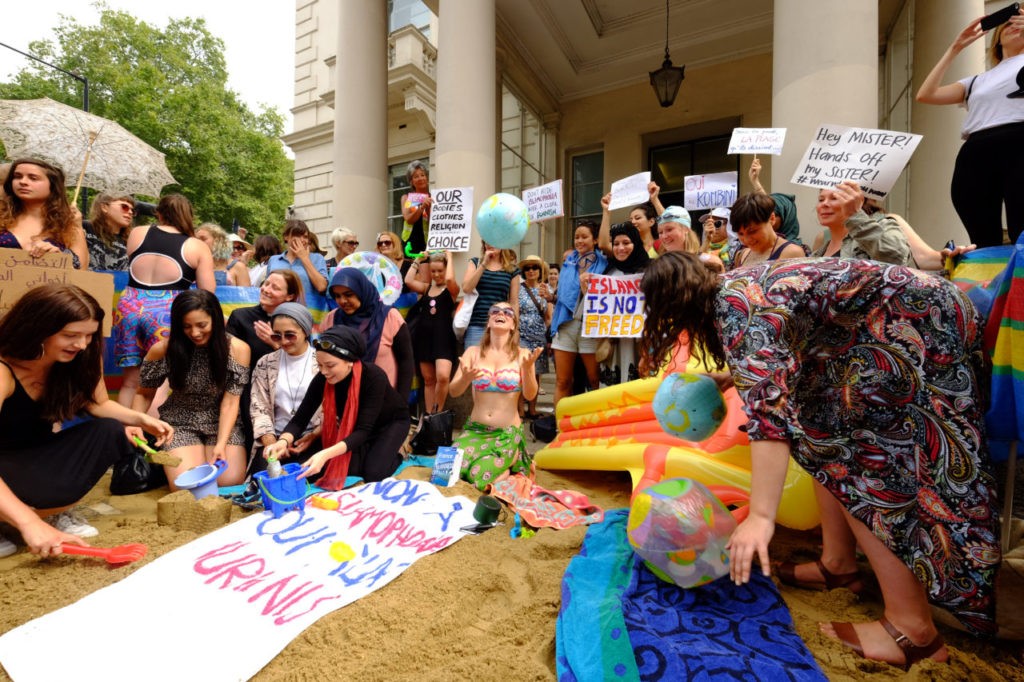 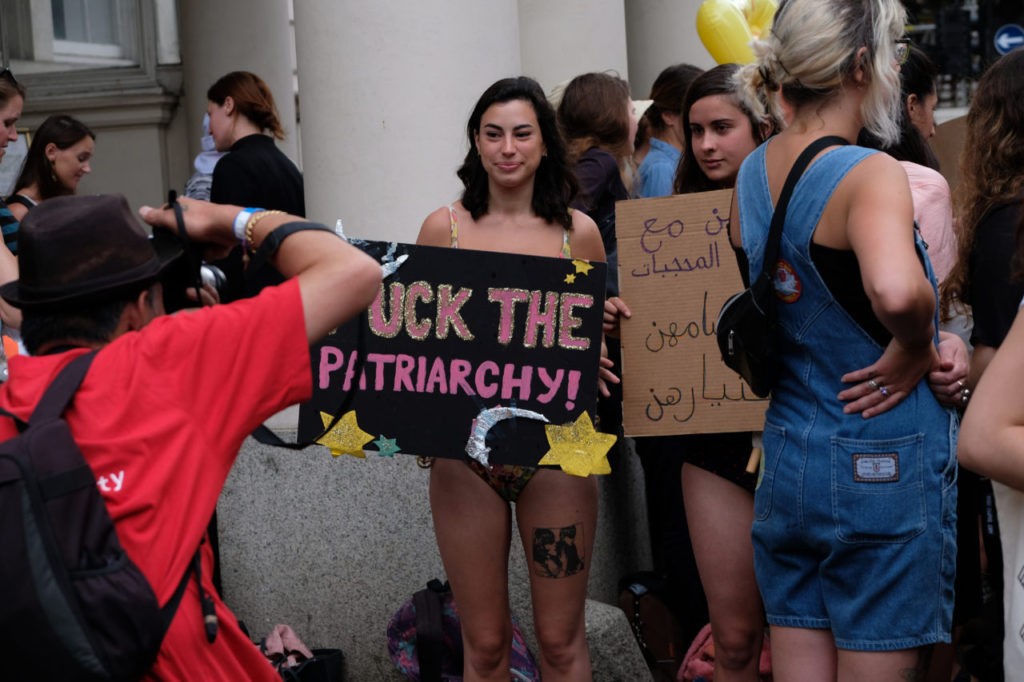 “We are disgusted to hear of armed French policemen telling women what they are allowed to wear and making them undress in public”, the group announced on Facebook.

“Join us at the French Embassy to show solidarity with French Muslim women and to call for the repeal of this oppressive law by the French Government”, they added.

However, not everyone at the gathering was impressed. One furious French woman of Muslim descent shouted out: “France should be supported!” and labelled the protest “media fodder”.

“If you want to fight for women’s rights get into education, not the right to wear a Burkini!” she instructed the crowd as they booed called her an “oppressor”. 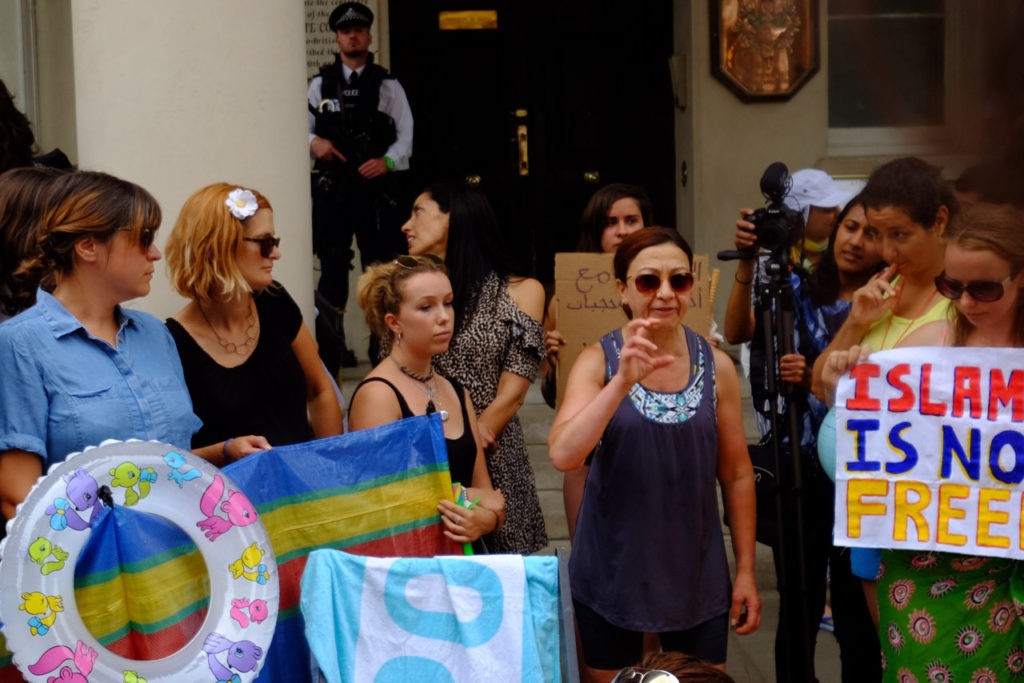 The French-Algerian woman speaks to the crowd 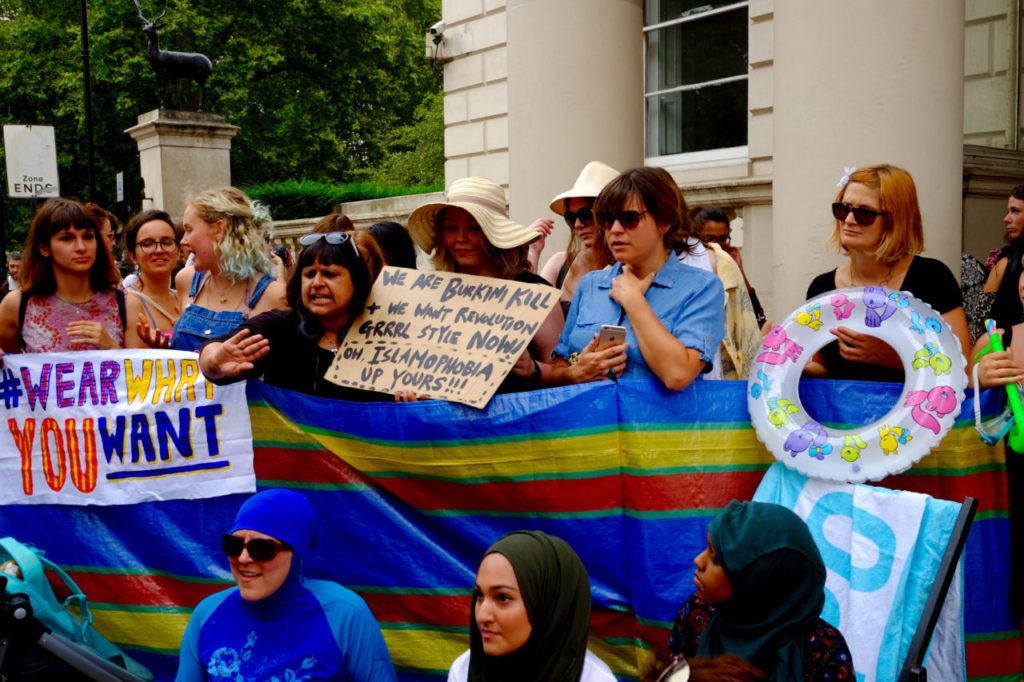 The French woman explained: “I happen to be a French national of Algerian descent. I was born and bred in France, educated in France. I was given the opportunity to study and to get a career and come here.

“Now, I’m very concerned here about what’s happening in France. [Burkinis] are a provocation, which are… not conducive to social cohesion.

“Now, France should be supported, and there [should] be consistency throughout Europe in banning any religious [dress] because religion should be private.

“My parents were deeply Muslim… they preached in private… and when I see Sarah Vine, of all people, in the Daily Mail talking about the French police as Nazi, well, I can laugh”.

She added: “These are only a handful [of people wearing the Burkini]. There are a million Muslims in France… all of the women do not go to beaches to sit [in a Burkini]. Come on!” 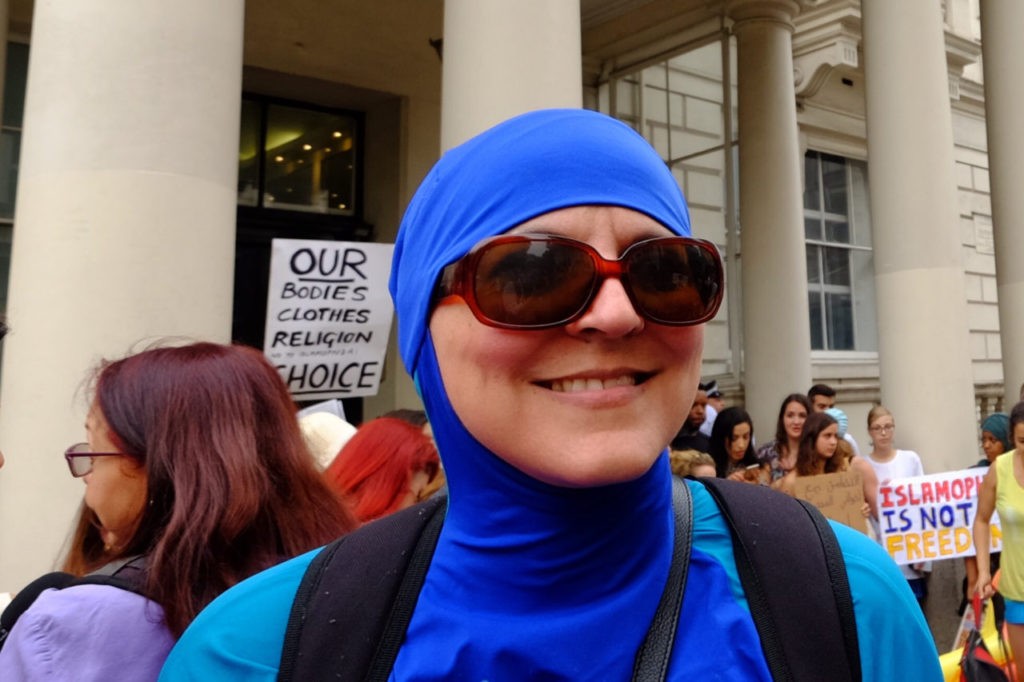 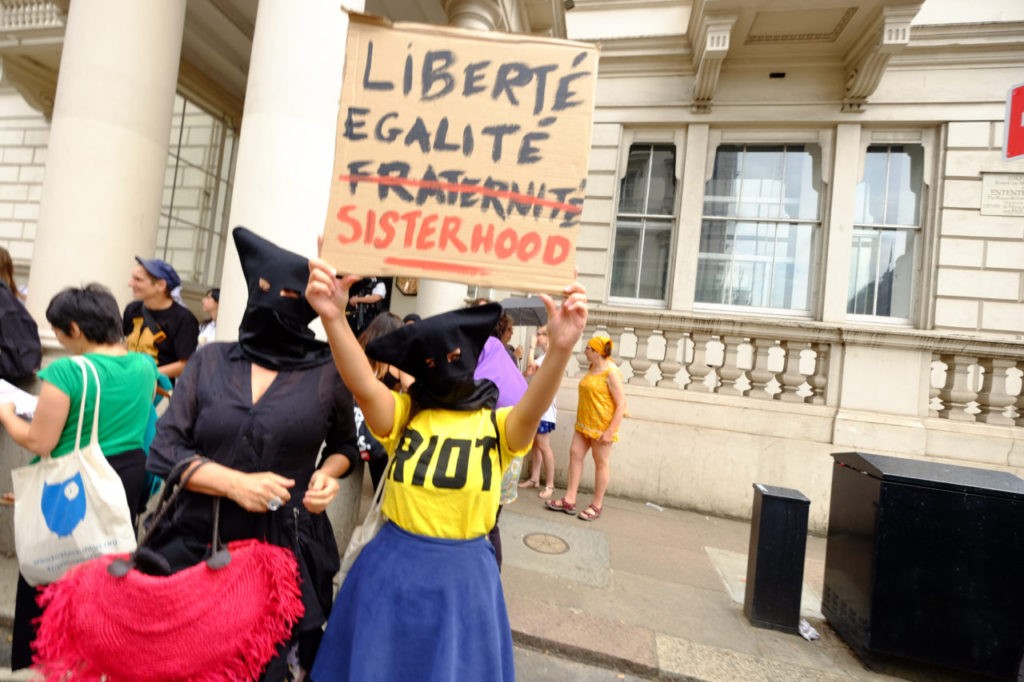 The event was supported by the group MADE NGO, who describe themselves as “a community of young Muslims in the UK creating social and environmental change”.

The French city of Cannes banned the garments at the end of July, nearby Villeneuve-Loubet followed a few days later, and Sisco on the island of Corsica joined them after five people were injured in riots after “bathers of North African origin” attacked a tourist taking a photo of a Muslim woman in a Burkini on a public beach.

The bans are temporary with authorities sighting security concerns and claiming the garments – strongly associated with radical Islam and Islamism – could cause social unrest.

The bans come after a wave of Islamist terror attacks rocked France, leaving the country under a state of emergency. An Islamic State ram-raid killed 85 people in July in Nice, just yards from the beach.

The French Prime Minister supports the bans and Several French courts have upheld them as legal. However, sales of the garments in the West have increased dramatically since the bans came into force. 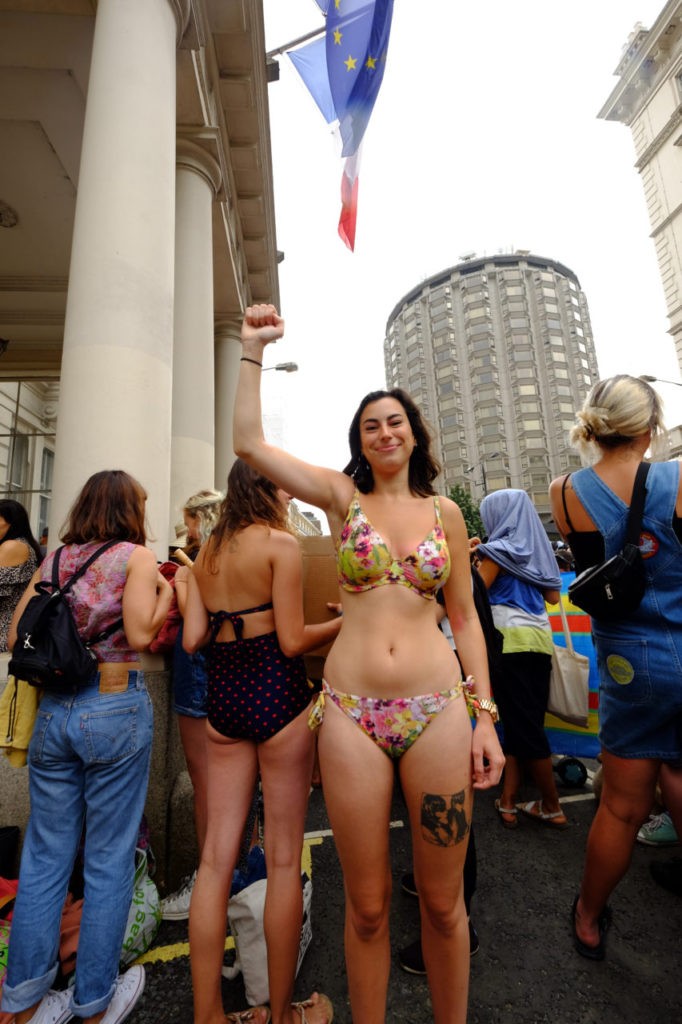 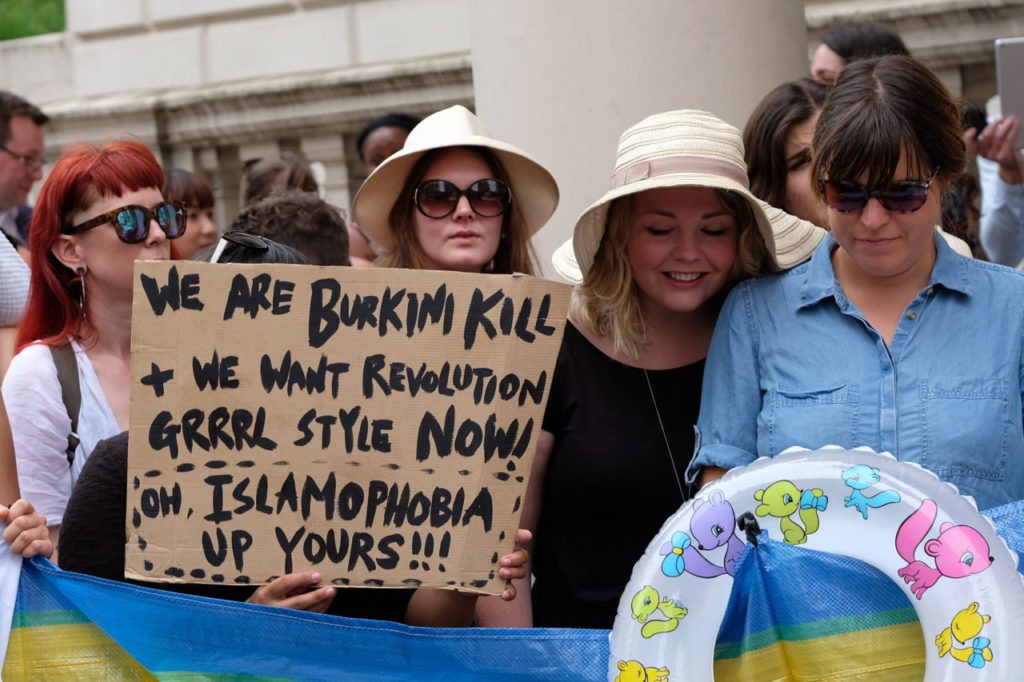 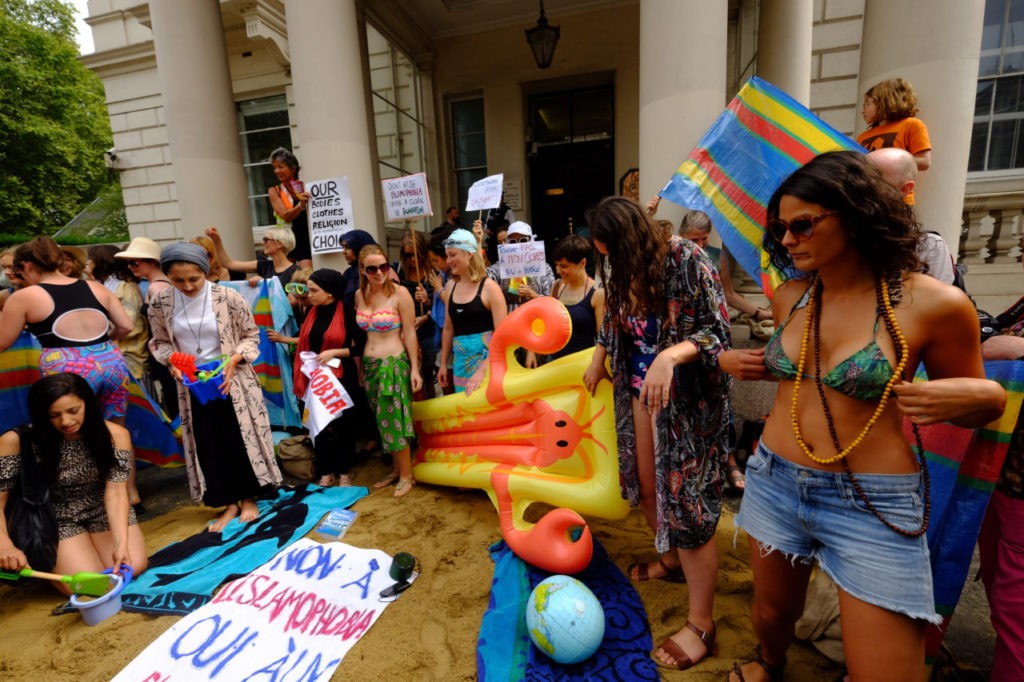 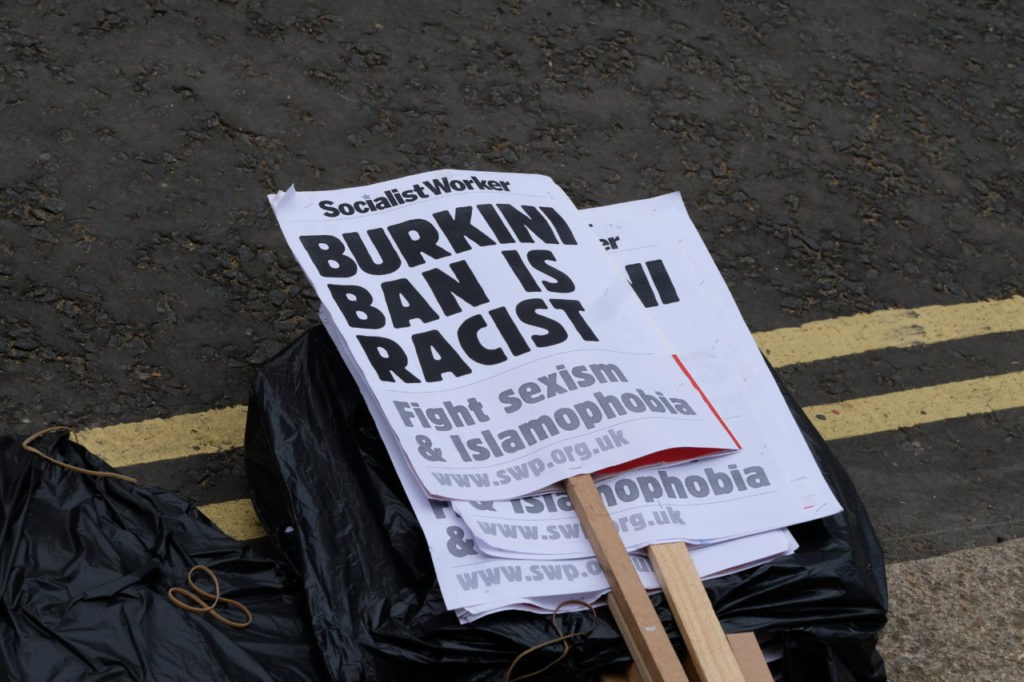 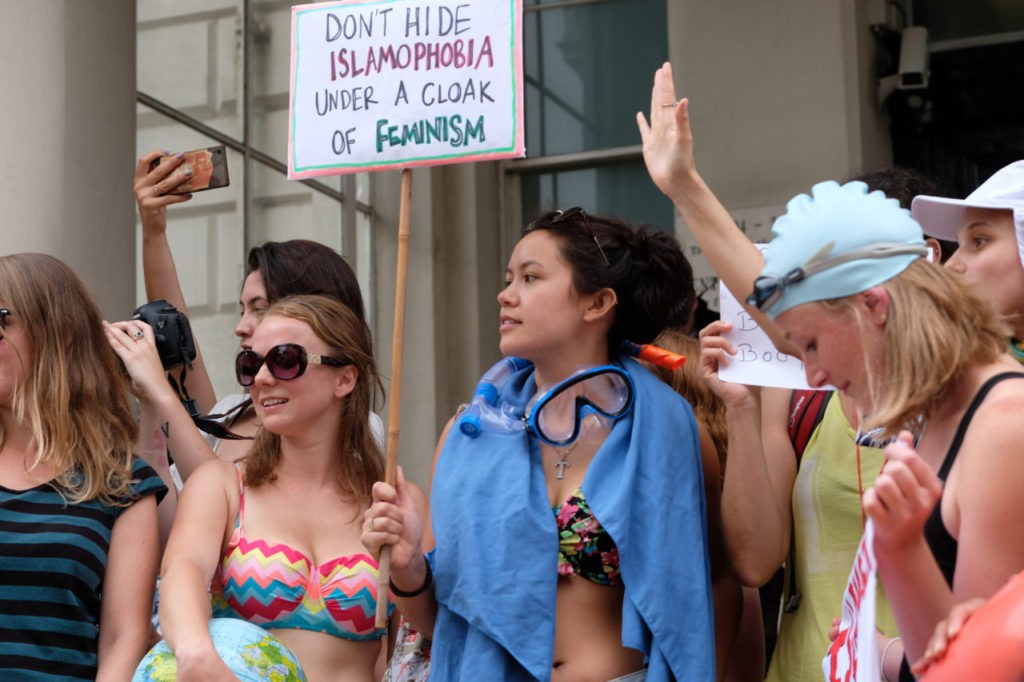 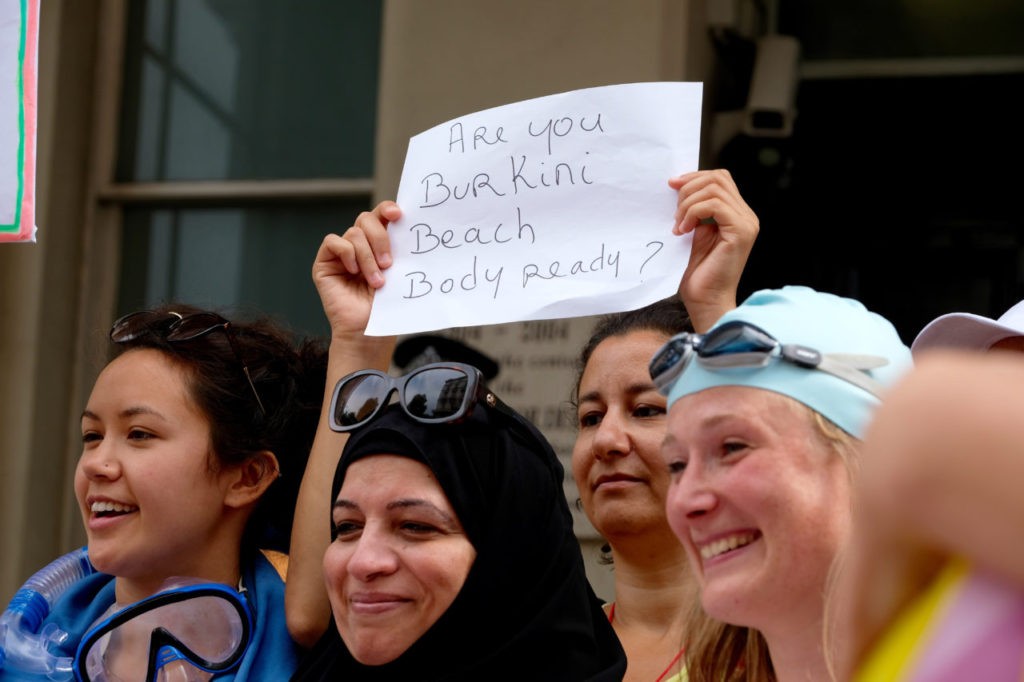 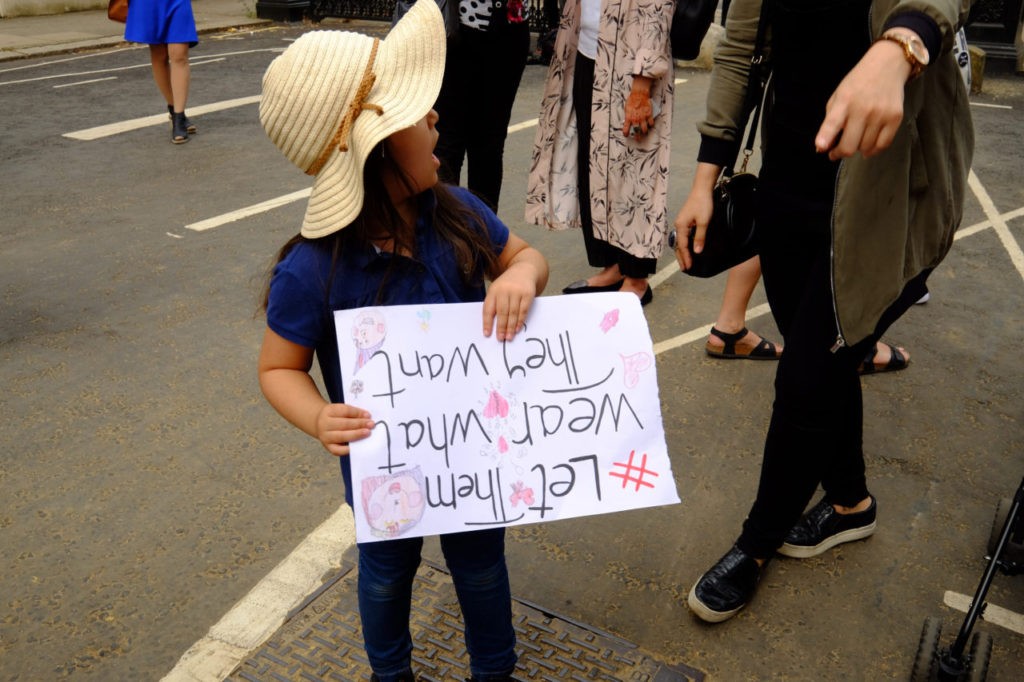 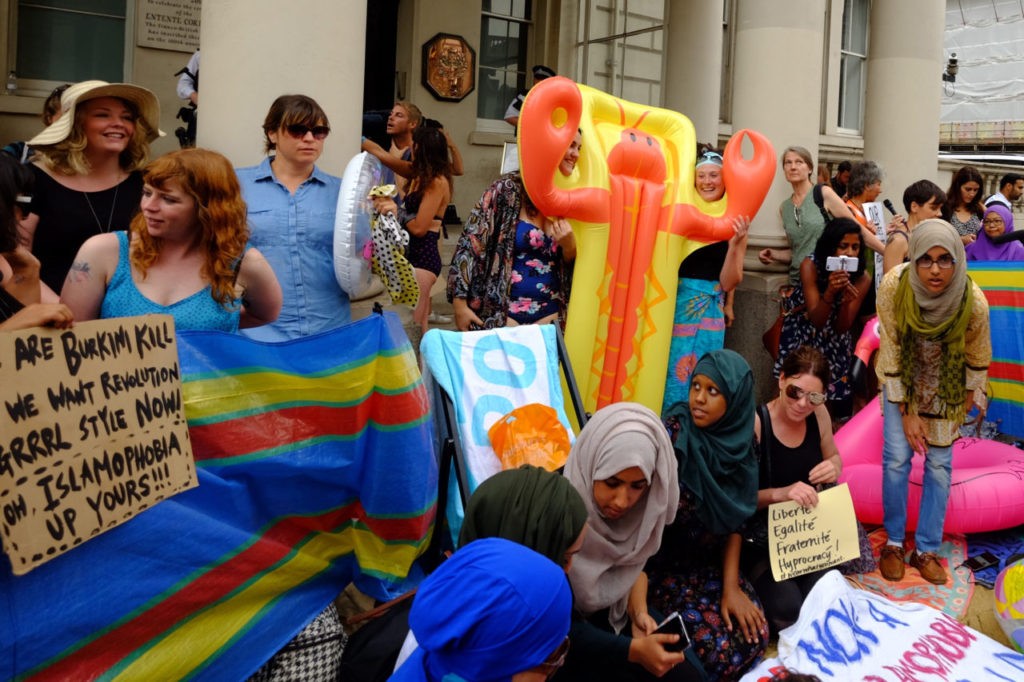 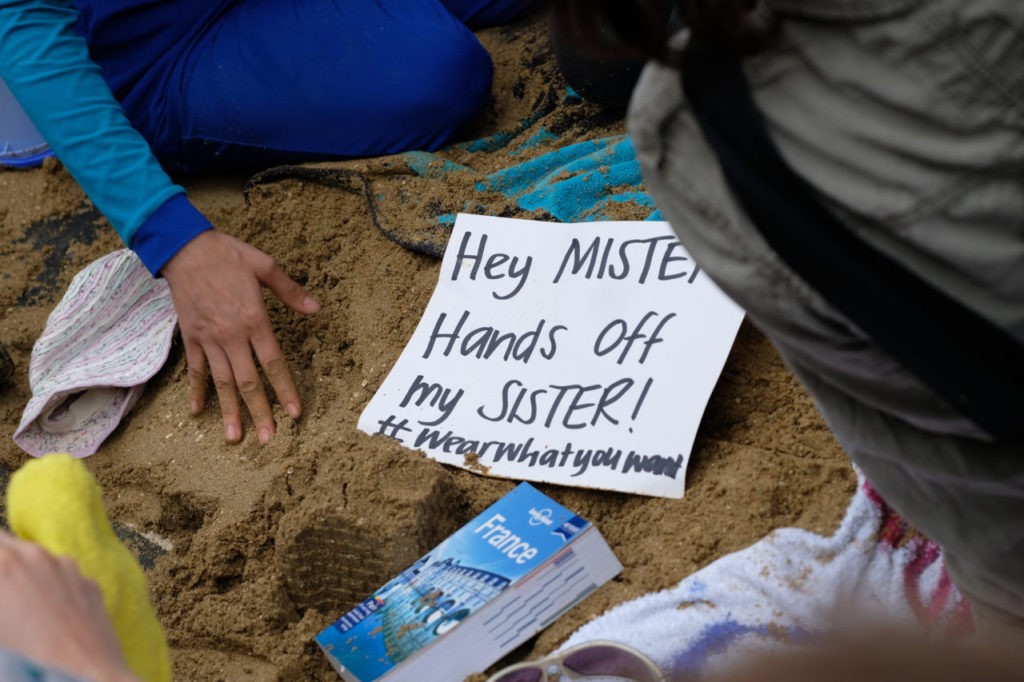 (All photos by Rachel Megawhat for Breitbart London)