BISHKEK (KYRGYZSTAN) (AFP) – Swedish authorities said Saturday that a 39-year-old man from Uzbekistan, who was known to the national intelligence agency, was the suspected driver of a truck that ploughed into a crowd in Stockholm on Friday, killing four people.

The announcement brings to three the number of attacks in less than four months by an assailant believed to have links to the Central Asian country.

Here are some facts about Islamic militancy in ex-Soviet Uzbekistan:

Poverty, corruption, and the stifling political climate under Central Asia’s authoritarian regimes have provide major spurs for young men to head off to fight.

The International Crisis Group estimated that between 2,000 and 4,000 militants from Central Asia may have signed up under the banner of IS.

Uzbekistan, which borders volatile Afghanistan, has never released an estimated number of its nationals suspected of having joined the ranks of jihadists groups abroad.

But the International Crisis Group has said that the largest single group of IS supporters among Central Asians were either Uzbek nationals or ethnic Uzbeks from neighbouring states.

Uzbekistan-born Abdulkadir Masharipov confessed to gunning down 39 people at the Reina nightclub in Istanbul on New Year’s Eve.

The suspected bomber in this week’s Saint Petersburg metro bombing that killed 13, 22-year-old Akbarjon Djalilov, was believed to be a Russian citizen born to an Uzbek family in the Central Asian nation of Kyrgyzstan.

The motive for that attack remains unknown but Russian authorities have said they are looking into possible links with IS, though it has not claimed responsibility. 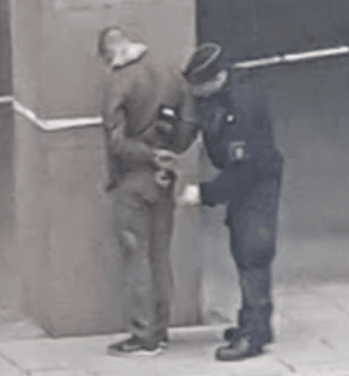 Central Asia has some long-established jihadist groups such as the Islamic Movement of Uzbekistan (IMU), which formally backed IS in 2015.

Set up in the late 1990s, the IMU is listed as a terrorist group by the United States. According to the United Nations, some of its leaders have held top positions in Al-Qaeda.

The group claimed its fighters were involved in a brazen attack on the international airport in Karachi, Pakistan, that killed 37 people in June 2014.

The IMU and one of its splinter groups were blamed for a series of bombings and other attacks that took place in the Uzbek capital Tashkent in 1999 and 2004.

But the group failed to carve out a base in ex-Soviet Central Asia and many of its members relocated to Afghanistan, where it reportedly suffered heavy losses due to US-led coalition air strikes.

Uzbekistan clamped down on militant Islam after the fall of the Soviet Union under the secular rule of its long-standing leader Islam Karimov who died in 2016.

Regional militaries, of which Uzbekistan’s is the largest, are mostly ill-equipped to handle any potential spillover from Afghanistan where IS militants are also seeking to firm up their foothold amid a new outburst of violence.

Uzbekistan quit a Russia-led security organisation in 2012 and cancelled the lease of a US military base used in Afghanistan operations after Washington called for an independent investigation into a brutal crackdown on protesters in 2005.