Protesters heckled and whistled at German Chancellor Angela Merkel as she has campaigned in the eastern German regions of Brandenburg and Saxony this week.

Supporters of the anti-mass migration Alternative for Germany (AfD) and of the far-right National Democrats (NPD) heckled Merkel calling her a “traitor to the people” as she gave a speech in Torgau, Die Welt reports.

During her 30-minute speech, Merkel, who is currently leading in the polls in double digits, indirectly addressed the numerous protesters saying: “This is why we can be grateful that today we have democracy in Germany and free elections. Other peoples are dreaming of it.” 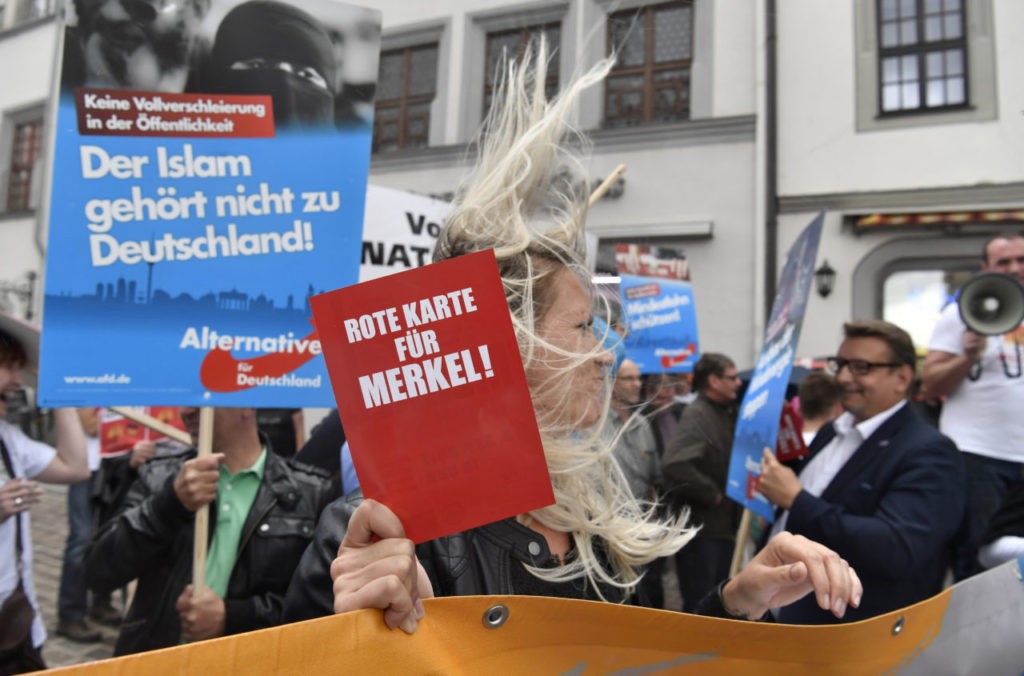 Later in the day, Merkel headed to the small town of Finsterwalde in Brandenburg where again protesters whistled as she gave her speech to the crowd. Police also say that two men, aged 36 and 39, gave the Hitler salute during the speech and will be prosecuted as the gesture is illegal in Germany. 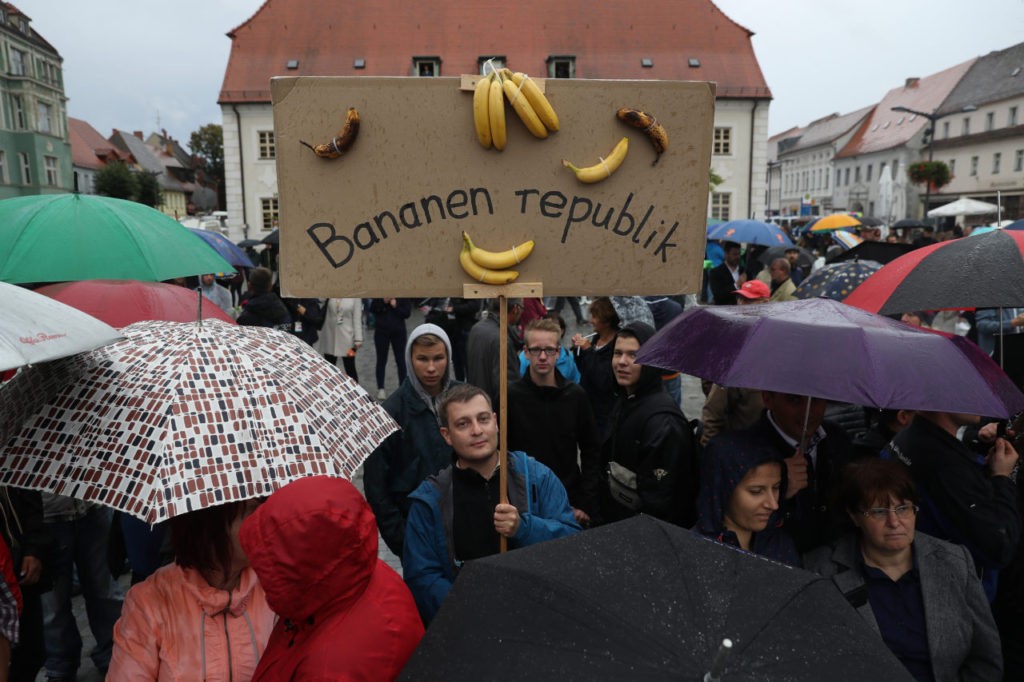 A protester holds up a sign covered in bananas that reads: “Banana republic” prior to the arrival of German Chancellor and Christian Democrat (CDU) Angela Merkel at an election campaign stop in Finsterwalde, Germany. (Photo: Sean Gallup/Getty Images)

CDU General Secretary Peter Tauber, who joined Merkel in Finsterwalde, commented on the protests: “Last time I was in Finsterwalde, I was at the singing festival. As you can see, the people here are vocal. However, I have to say, many people used a different tone at that time.”

The incidents come just a day after Merkel gave a speech in Heidelberg and was hit by a tomato thrown by a member of the crowd.

Despite the chilly reception, Merkel and the CDU are expected to win the national election on September 24th. On Sunday, Merkel debated her rival Social Democrat (SPD) leader Martin Schulz – although both candidates agreed on many issues.

All polls are giving her a decisive victory, but the CDU, which is allied with the Bavarian Christian Social Union (CSU), does not have enough support to govern on their own fueling speculation as to with whom the party will enter a coalition.

The SPD, under former European Parliament President Martin Schulz, are on course for their worst election result since 1945.

The anti-mass migration AfD looks to enter the German parliament for the first time having become the third largest party following strong regional election results including beating the CDU in Merkel’s home region of Mecklenburg-Vorpommern.