Continuing her British leg of the What Happened book tour, failed Democratic presidential candidate Hillary Clinton reiterated her favoured tropes of anti-Brexitism, Russian hackers, and ‘fake news’ to the BBC’s Andrew Marr, and deflected questions about her friendship with alleged rapist Hollywood mogul Harvey Weinstein, her husband’s own alleged sexual predations, and whether her status as part of an elite lead to her election loss, blaming instead a conspiracy of Russian hackers and ‘possibly’ the Trump campaign.

Reading from her 512-page post mortem where she explains how she lost the 2016 U.S. presidential election, Marr quoted an excerpt where Clinton observed that voters “just didn’t like me” – but rather than reflectively acknowledging the loss was her responsibility, almost immediately she blamed “a concerted and effective campaign to tear me down”.

Descending into the Democrat’s favoured and familiar conspiracy theories, she claimed campaign staffer John Podesta’s emails were hacked by Russian intelligence, exposed by WikiLeaks, which she called a “mouthpiece for Russian authoritarianism”, and were “weaponised” and turned into “phony news stories” at fake news factories in Macedonia (a small, former Yugoslav nation of a population of less than one-quarter of London’s).

Claiming that “the Russians wanted to help Trump and hurt me”, she alleged Russian President Vladimir Putin had a “personal grudge” against her.

.@HillaryClinton says Brexit was a “precursor to what happened in the US” #marr pic.twitter.com/G9wSNM7EJp

Asked by Marr on Sunday if she thought the campaign of then-candidate Donald J. Trump colluded with Russia, she said: “We don’t know the answer to that. That is part of what is being explored.”

The globalist took another swipe at former UKIP leader Farage, accusing him of using the same “big lies” to get the president elected as those used to win the EU referendum. “I want to make another point about Brexit. Looking at Brexit, it was a precursor to what happened to us in the United States,” she said.

“You had Farage campaigning for Trump. The big lie is a very potent tool.”

“She blames the whole world. The Russians. The lies that were told in Brexit. Everything is the fault of other people, nothing is to do with her.”

You look ridiculous @HillaryClinton. The war is over for you. Move on. pic.twitter.com/kTa86ThMnw

Mr. Farage, who suggested last week Clinton retitle her book “The Great Big Whinge”, added: “American voters were turned off by her sense of entitlement.

“I don’t think Hillary Clinton has much relevance. We should no more listen to Hillary Clinton than we listened to Barack Obama during the referendum campaign telling us not to vote for Brexit.”

Addressing the former U.S. Secretary of State directly, Farage said: “Hillary you lost. Move on. The war is over for you.”

Asked on the UK’s exit from the European Union and the impact of a ‘no deal’ scenario, she said it would be “a very big disadvantage to Britain,” where the UK “would not have as easy access to the European market that you’ve had under EU membership” – ignoring the fact that that European countries are also reliant on trade with the UK.

Clinton then mocked the prospective trade deal with the U.S. under President Trump, alleging “You’re making a trade deal with someone who doesn’t believe in trade,” despite the president pledging multiple times the UK would be at the front of the queue to sign a trade deal. 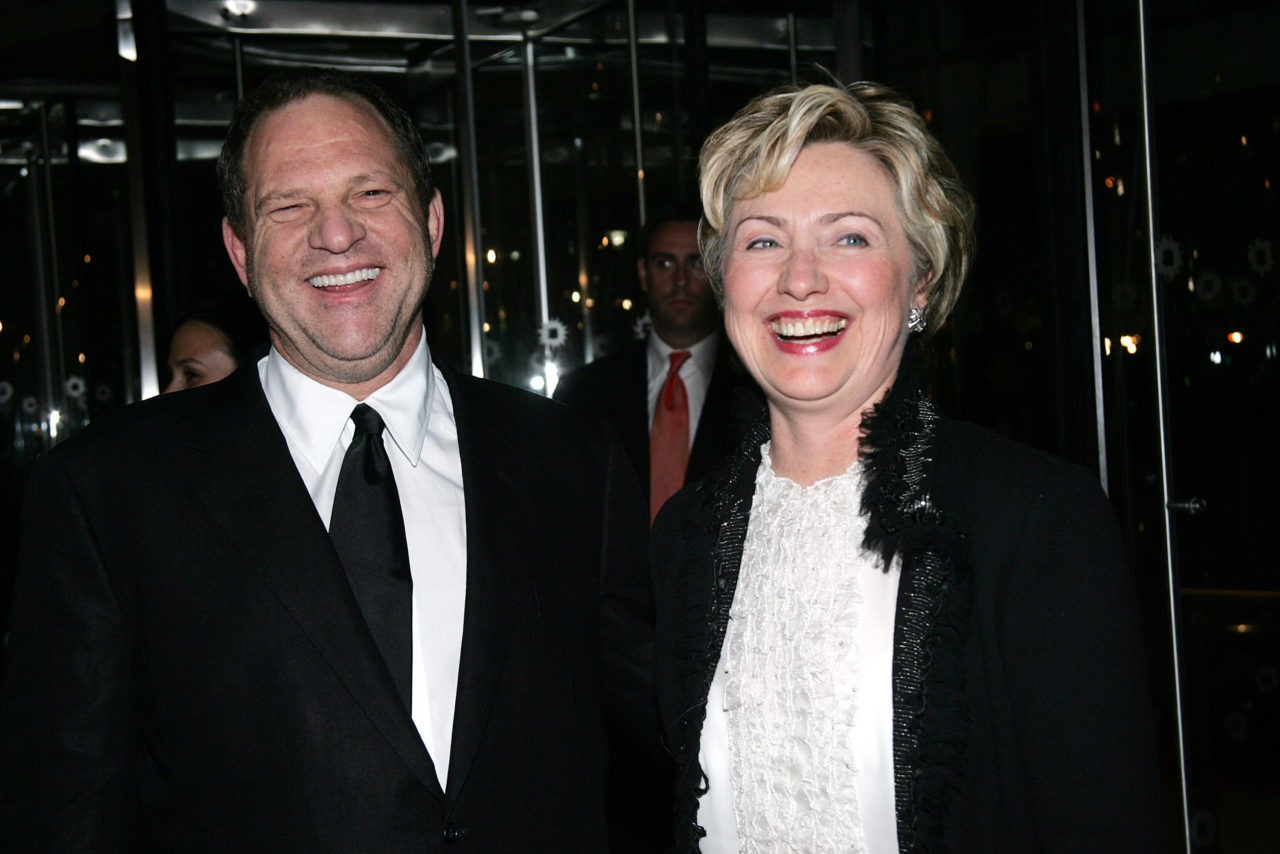 Describing “your friend Harvey Weinstein”, Marr asked the failed presidential candidate about her knowledge of the Hollywood mogul’s alleged predatory behaviour following multiple accusations of sexual misconduct, assault, and even rape by dozens of actresses including Cara Delevingne,  Kate Beckinsale, and Ashley Judd.

Admitting the strong ties between herself, Weinstein, and the Democratic Party, she implied no knowledge of the misconduct before women came forward, stating: “I was shocked and appalled as I’ve known him through politics as many Democrats have. He’s been a funder, a supporter for all of us – for Obama, for me, for people who have run for office in the United States.”

She was quick to deflect away from her association by saying: “I think it’s important that we do not just focus on him… but that we recognise this behaviour cannot be tolerated anywhere,” not missing the opportunity to recall to viewers when the president apologised after a tape was released of Trump making lewd comments about women in 2005.

“After all, we have someone admitting to being a sexual assaulter in the Oval Office,” Clinton said, forgetting her own husband and former President Bill Clinton was accused of the alleged brutal rape of Juanita Broaddrick, sexual assault of Kathleen Willey, and sexual harassment of Paula Jones. 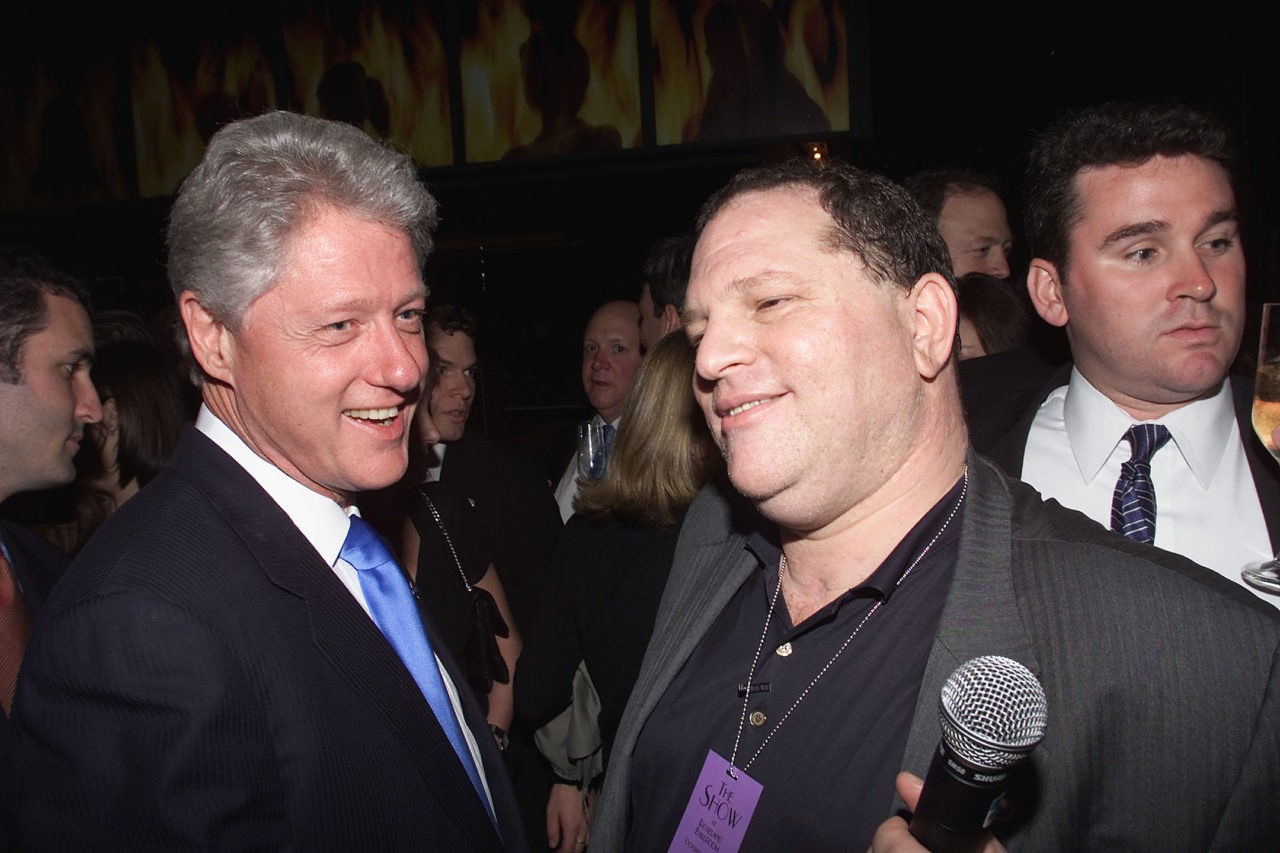 Marr picked up on this omission, noting that the Democrat has urged female victims of abuse to come forward, but “yet in your book three women brought onto the stage by Trump attacking your husband you dismissed them. Are you sure that is the right thing to do? Are you sure about that?”

“Well, yes because that had all been litigated,” Clinton defended, saying that “there were conclusions drawn and that was clearly in the past”.

Speaking to Breitbart News, Broaddrick said: “Harvey Weinstein and Bill Clinton are cut from the same cloth… They are both powerful men and had the ability to protect themselves from the rumours and whispers about their well known, deviant, and criminal behaviour.”