Austrian Vice Chancellor and leader of the populist Freedom Party (FPÖ) Heinz-Christian Strache has released new figures showing that asylum seekers made up 45.9 per cent of all criminals in Austria with foreign backgrounds in 2016.

Mr. Strache made the announcement Wednesday stating that the figures come from a new government report which looks at security issues from 2016. Interior Minister Herbert Kickl, also a prominent member of the FPÖ, said that the new Austrian coalition government would respond to the figures by further tightening asylum policy, Kronen Zeitung reports. 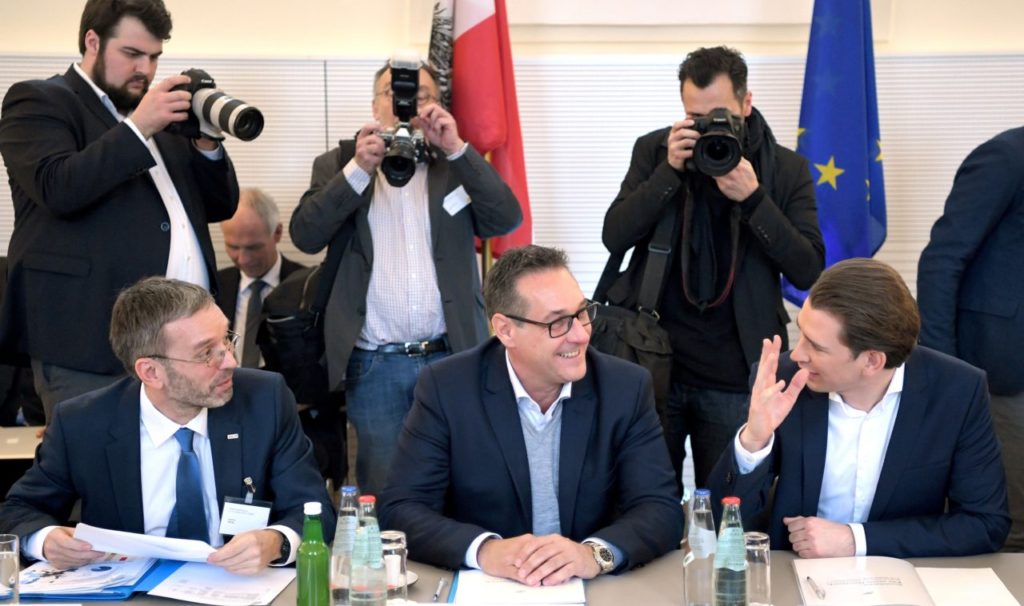 Mr. Kickl said that the number of foreign suspects in criminal cases had increased by 13 per cent in 2016 and that foreigners were suspects in 40 per cent of all crimes in Austria.

The minister threw his support behind swifter deportation procedures for asylum seekers who had failed in their asylum claims and justified the new policy that would allow the government to examine the mobile phones of migrants in order to determine their country of origin and their identity.

He also said he was in favour of x-ray tests on asylum seekers who claim to be underage to make sure they are being truthful regarding how old they actually are.

Vice Chancellor Strache said the security report had both positive and negative statistics saying that in some areas, like burglaries, the number of crimes had gone down.

On the subject of asylum seeker suspects, he said: “Those who come to us as allegedly seeking protection are also those from whom we must protect the Austrian population.”

In 2017, Sobotka released another report showing that the vast majority, or 90 per cent, of asylum seekers who do manage to get refugee status end up on welfare benefits.

Since last year’s national election, the coalition between Chancellor Sebastian Kurz’s conservative Austrian People’s Party (ÖVP) and Strache’s FPÖ has vowed to be much tougher on mass migration with Kurz rejecting the European Union policy of migrant redistribution shortly before becoming chancellor.