Police officers in Paris were subjected to attacks from far-left activists on Friday while removing activists from Tolbiac University in the latest operation against far-left occupiers.

One hundred police officers were involved in the operation to remove the protestors from the university. They had been occupying the building since March 26th to protest educational reforms proposed by French President Emmanuel Macron, Le Parisien reports. 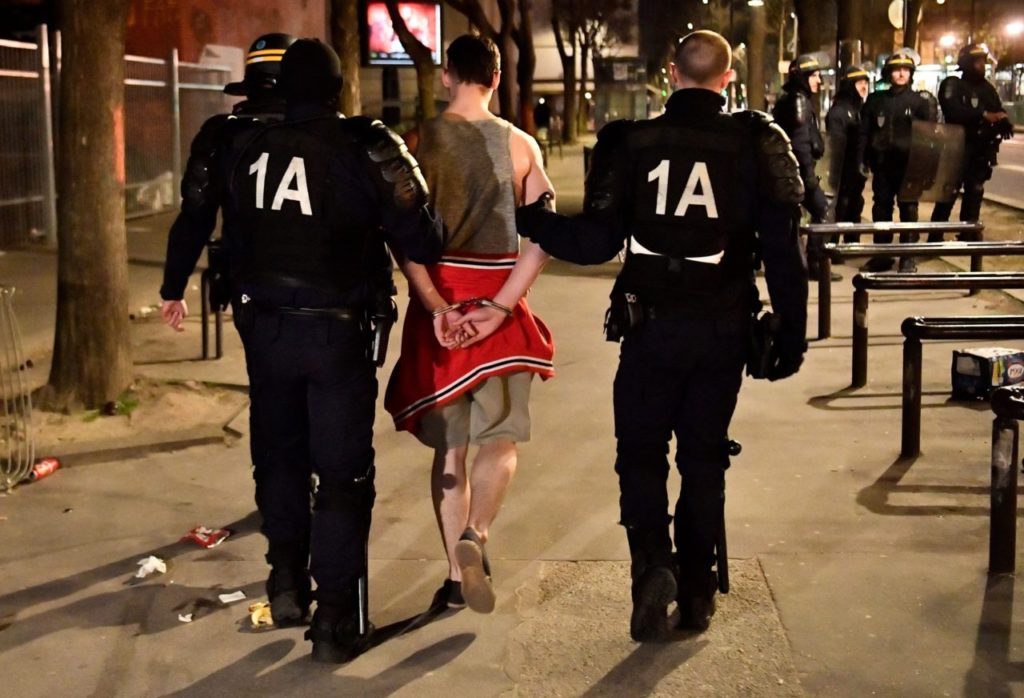 A protester is arrested at the Tolbiac campus, part of the Sorbonne University, as police break up a protest camp on April 20, 2018, in Paris. (Photo: CHRISTOPHE SIMON/AFP/Getty Images)

The operation, which began at 5 am on Friday, lasted approximately one hour. According to police, several far-left activists attempted to escape by climbing a nearby gate and throwing various projectiles at the officers.

Protestors also complained of violence from police, with one 19-year-old activist saying: “It was as if all of a sudden it rained batons over us. Although we knew we would probably be evacuated at some point, we weren’t at all prepared for it.”

According to a report from the French magazine Marianne, one of the students involved in the occupation was “severely wounded in the head” and was taken to a nearby hospital where he was placed in a coma.

The clash comes just over a week after police attempted to remove far-left anarchist occupiers of the Notre-Dame-Des-Landes abandoned airport site. Around 2,000 police were involved in clashes against the 100 extremist squatters who declared the area an “autonomous utopia” and had been occupying the area since 2008. 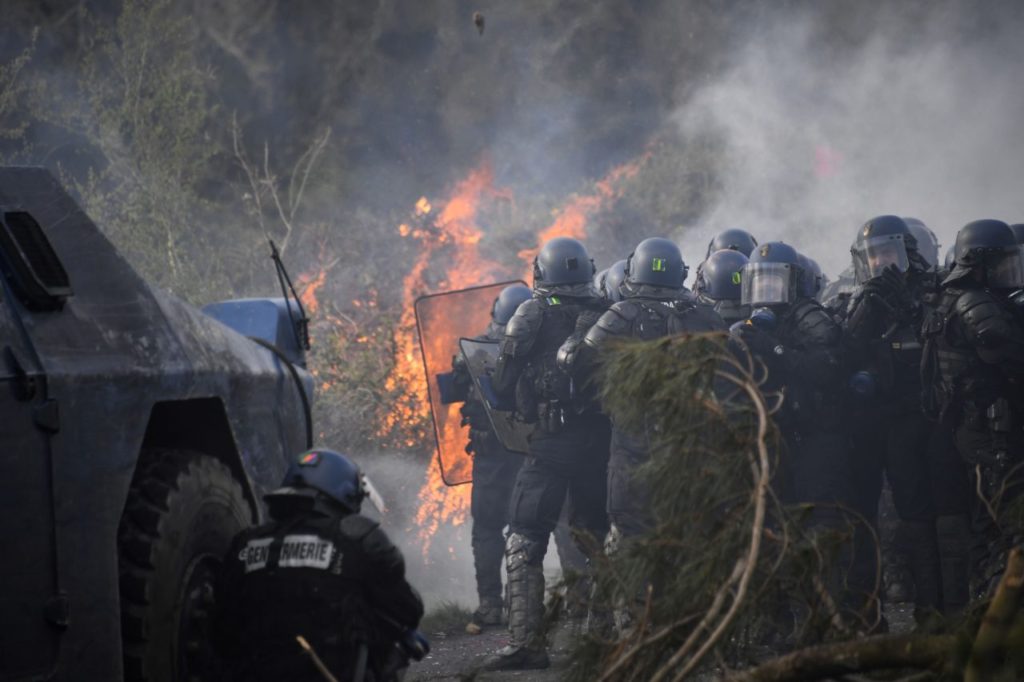 Anti-riot gendarmes face a fire next to an armoured vehicle during clashes with protesters (unseen), at the ZAD (Zone a Defendre – Zone to defend) decade-old anti-airport camp in Notre-Dame-des-Landes, western France, on April 15, 2018. (Photo: DAMIEN MEYER/AFP/Getty Images)

The extremists, known in France as “zadistes,” clashed with officers for several days starting on April 9th and several were later arrested. Earlier this week one of the activists engaged in violence, a 22-year-old Belgian national, was sentenced to eight months in prison for violence against a police officer.

Far-left occupiers are not always removed by police. Last month protestors who were occupying the Faculty of Law at the University of Montpellier were removed by force by a number of masked men. The activists later accused the university dean of facilitating the eviction and even claimed a professor took part in the incident which saw the masked men attack the protestors.