New research exposing a huge divide in attitudes to social issues has revealed that young eastern and central Europeans hold much more conservative views on topics such as gay marriage than people across all age groups in western Europe.

The Pew Research Center said its surveys of more than 55,000 adults, carried out between 2015 and 2017 found “stark differences in public attitudes toward religion, minorities and social issues such as gay marriage and legal abortion” across Europe.

Geographical divides were particularly apparent on the subject of same-sex marriage, the report found, noting that the development was supported by large majorities of the population in every western European nation, with backing as high as 88 per cent in Sweden and 86 per cent in both the Netherlands and Denmark.

“Public sentiment is very different in Central and Eastern Europe, where majorities in nearly all countries surveyed oppose allowing gays and lesbians to marry legally,” said the research centre, before noting that the lack of support for the liberal development amongst young people in the east means the regional divide in attitudes was likely to persist into the future.

Most in Central/Eastern Europe oppose same sex marriage, while most Western Europeans favor it. In the east, even younger adults, who generally show more willingness in allowing gays and lesbians to marry legally, largely oppose gay marriage https://t.co/bWa8Pf9PQp pic.twitter.com/0szgZ3azZV

Pew comments: “For example, 61% of younger Estonians (ages 18 to 34) oppose legal gay marriage in their country, compared with 75% of those 35 and older. By this measure, young Estonian adults are still six times as likely as older adults in Denmark (10%) to oppose same-sex marriage.

“This pattern holds across the region; young adults in nearly every Central and Eastern European country are much more conservative on this issue compared with both younger and older Western Europeans,” says the report, which reveals very similar trends on every social issue surveyed.

One such area where the attitude gap is widening between populations in the continent’s east and west was regarding people’s propensity to link national identity with ancestry.

In western EU states, 18 to 34-year-olds were significantly less likely than their older countrymen to say that being born in the nation or having family background there are ‘very’ or ‘somewhat’ important “to truly share their national identity.”

For example, the proportion of Swedes aged over 35 who believe ancestral links or being born in the country are important factors in considering who is “truly Swedish,” at 24 per cent, was cut almost in half amongst younger Swedes, of whom only 13 per cent regarded ancestry and national identity to be closely linked.

Similarly, huge generation gaps were seen on this question in other western European countries including Denmark, where 20 per cent of young adults compared with 41 per cent of older adults believe ancestry and identity to be intertwined, and the Netherlands, where the figures were 25 per cent versus 43 per cent.

Meanwhile, there was little to no difference across generations in Europe’s east, where Pew’s polling showed the belief that ancestry, birthplace, and national identity are closely linked was far stronger than in the west.

Young adults in Western Europe are less likely than their elders to say family background is important to national identity; this is not true in most of Central/Eastern Europehttps://t.co/KuX2PBzPwP pic.twitter.com/3DUVBkTg5i

Christianity was another area in which attitudes markedly differed between east and west, as eastern Europeans tended to consider the religion an important part of their national identity, with a couple of exceptions including the Czech Republic — which is the only country surveyed on the continent where the majority of the population (72 per cent) is religiously unaffiliated.

Europe overall is less religious than most other regions, but Western Europe is especially secular https://t.co/KuX2PBzPwP pic.twitter.com/yThtQlqM1N

With Christianity in rapid decline across the majority of western European countries, gaps in religiosity across the continent are growing, according to the report.

It notes: “While large majorities across the continent say they were baptised Christian, and most European countries still have solid Christian majorities, the survey responses indicate a significant decline in Christian affiliation throughout Western Europe.

“By contrast, this trend has not been seen in Central and Eastern Europe, where Christian shares of the population have mostly been stable or even increasing.”

While Pew highlighted only east-west divides in its study, the research showed the southern European countries — especially Portugal and Italy — to be more religious and to hold attitudes much more similar to eastern Europe on issues such as same-sex marriage and the importance of ancestry in national identity. 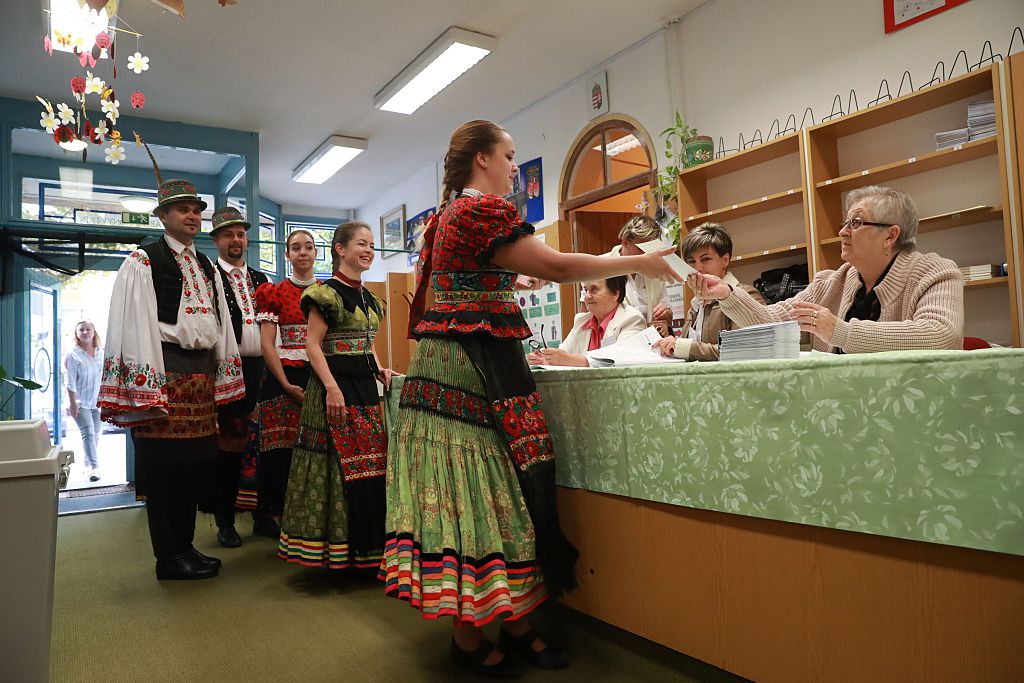