Thousands of French men and women are preparing to don the high-visibility vests for the country’s fifth weekend of Gilets Jaunes (Yellow Vest) protest.

The movement takes to the streets of France to protest against the rising cost of living, President Emmanuel Macron’s progressive reforms, and other matters including against the UN migration compact.

But it started with one issue on Saturday November 17th — against fuel tax hikes, inspired by the Paris climate accord, which hurts the average Frenchman. Protesters took to the streets in their vests, blocking roads and highways for four weekends in a row.

Since 2008, it has been law in France that all motorists have to carry high-visibility vests in their cars in case drivers have to get out of an immobilized vehicle. As Macron’s carbon tax was directed to affect drivers, it became a fitting symbol — inexpensive, available, and every driver already had one. 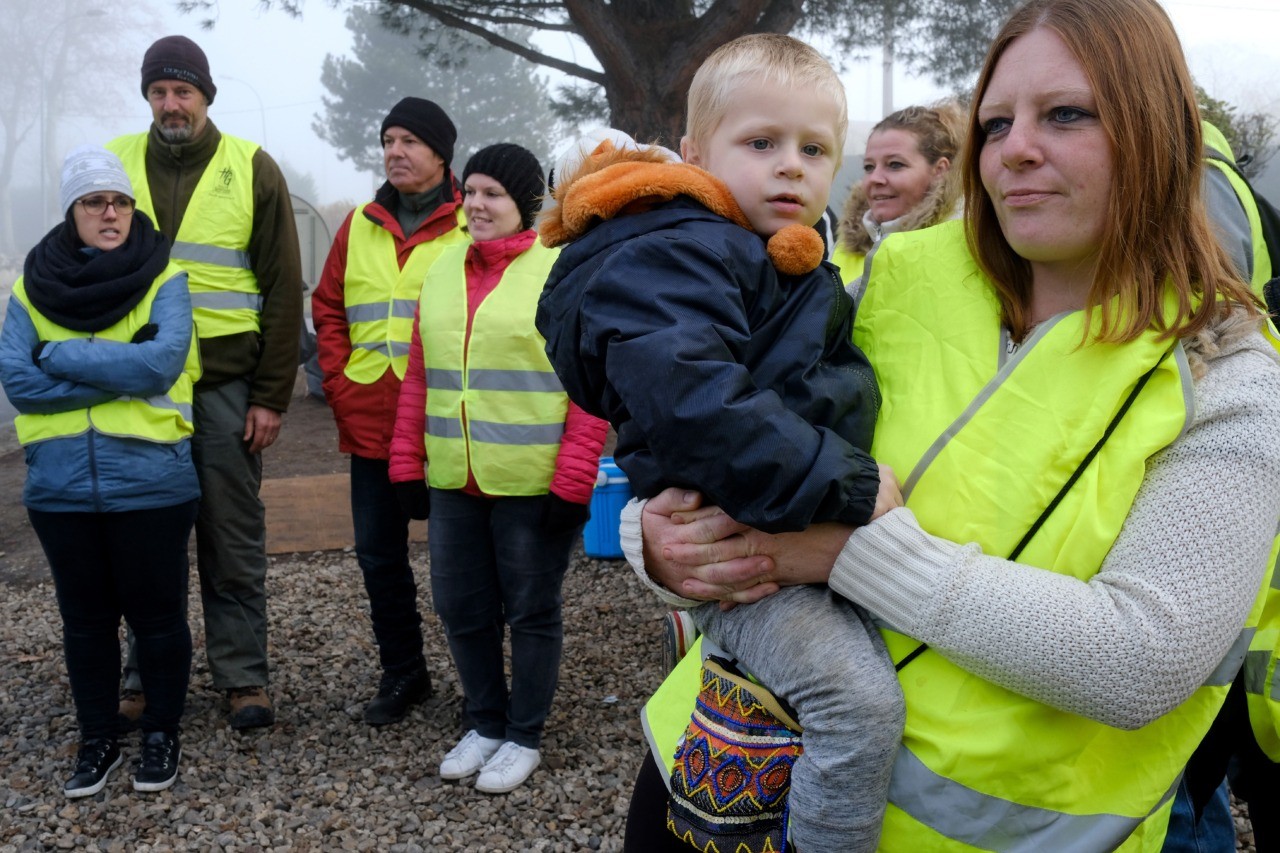 A woman wearing a yellow vest (Gilets jaunes) holds a child during a protest against rising oil prices and living costs at the highway’s toll of Villefranche de Lauragais, on December 11, 2018. (Photo by REMY GABALDA/AFP/Getty Images)

Breitbart London’s Europe reporter Chris Tomlinson told Breitbart News Tonight’s Rebecca Mansour this week that the meaning behind the vest goes deeper than that, though.

“I think the idea of putting on this high-visibility vest or jacket is to say to these elites, ‘I am a human being and I am visible.'”

“There is that much deeper, fundamental, ‘we want to be heard,’ ‘our lives have value,’ ‘our lives are worth protesting for, are worth fighting for,’ [aspect] and I think that is the core of what that really is,” Tomlinson said.

“A populist movement is regular people — regular working people — who have been forgotten by the establishment elite saying, ‘look — I am here and I have value and you are going to listen,'” he added.

Listen to Chris Tomlinson’s full take on the meaning behind the yellow vest from 12:22 below: