The cause of the crash in the Central Asian nation was unclear, but authorities were looking at two possible scenarios -pilot error and technical failure, Kazakhstan’s deputy prime minister Roman Sklyar said.

The Bek Air aircraft hit a concrete fence and a two-story building after takeoff from Almaty, Kazakhstan’s largest city and former capital. It lost attitude at 7:22 a.m. (0122 GMT), the Almaty International Airport said.

The plane was flying to Nur-Sultan, the capital formerly known as Astana. 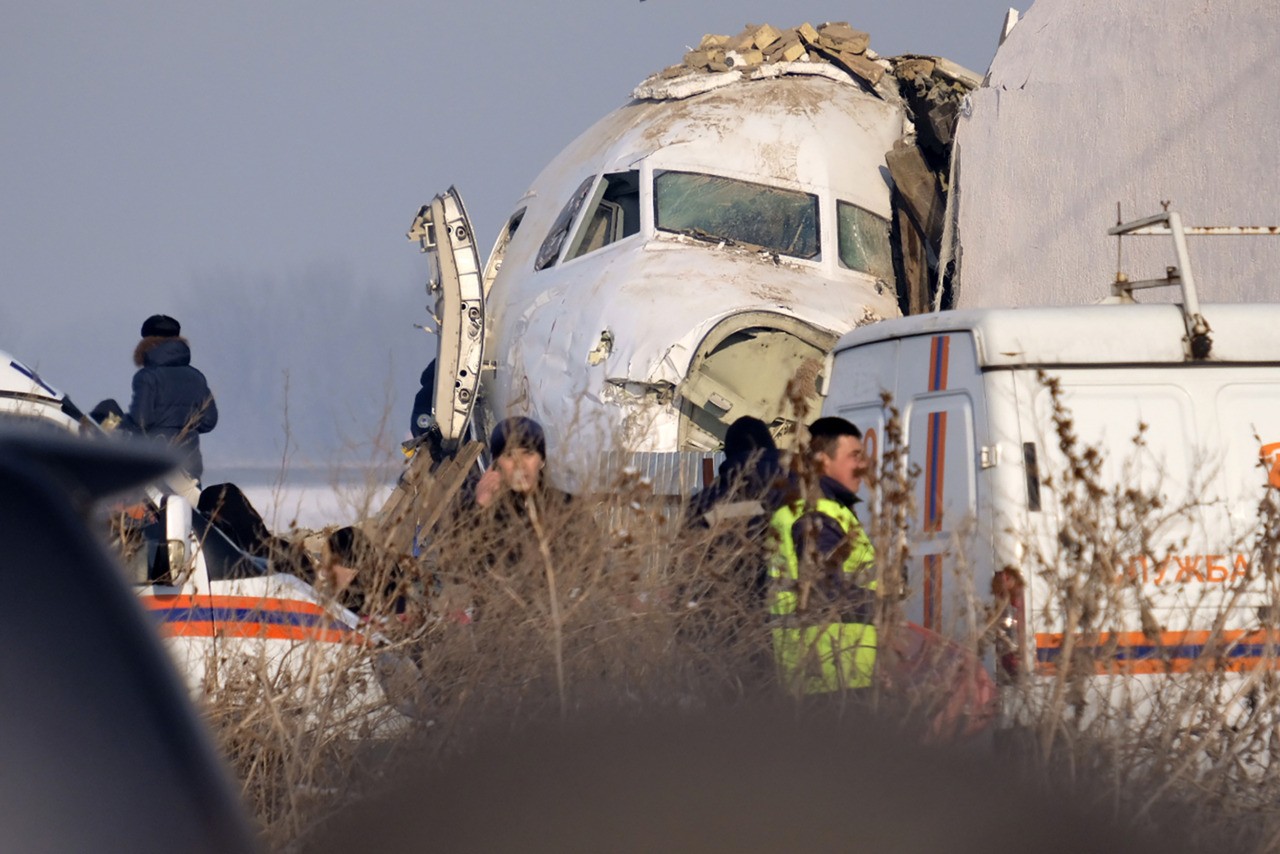 Local authorities had earlier put the death toll at 15, but the Interior Ministry later revised the figure downward, without explaining.

The Ministry did not immediately respond to a request for comment.

In a statement on its Facebook page, the airport said there was no fire and a rescue operation got underway immediately following the crash.

Around 1,000 people were working at the snow-covered site of the crash. The weather in Almaty was clear, with mild below-freezing temperatures common at this time of the year.

Footage showed the front of the broken-up fuselage rammed against a building and the rear of the plane lying in the field next to the airport.

In Almaty, dozens of people lined up in front of a local blood bank to donate blood for the injured.

The aircraft was identified as a Fokker-100, a medium-sized, twin-turbofan jet airliner. It was reported to be 23 years old and was most recently certified to operate in May. The company manufacturing the aircraft went bankrupt in 1996 and the production of the Fokker-100 stopped the following year.

All Bek Air and Fokker-100 flights in Kazakhstan were suspended pending the investigation of the crash, the country’s authorities said.

Kazakhstan’s air safety record is far from spotless. In 2009, all Kazakh airlines – with the exception of the flagship carrier Air Astana – were banned from operating in the European Union because they didn’t meet international safety standards. The ban was lifted only in 2016. 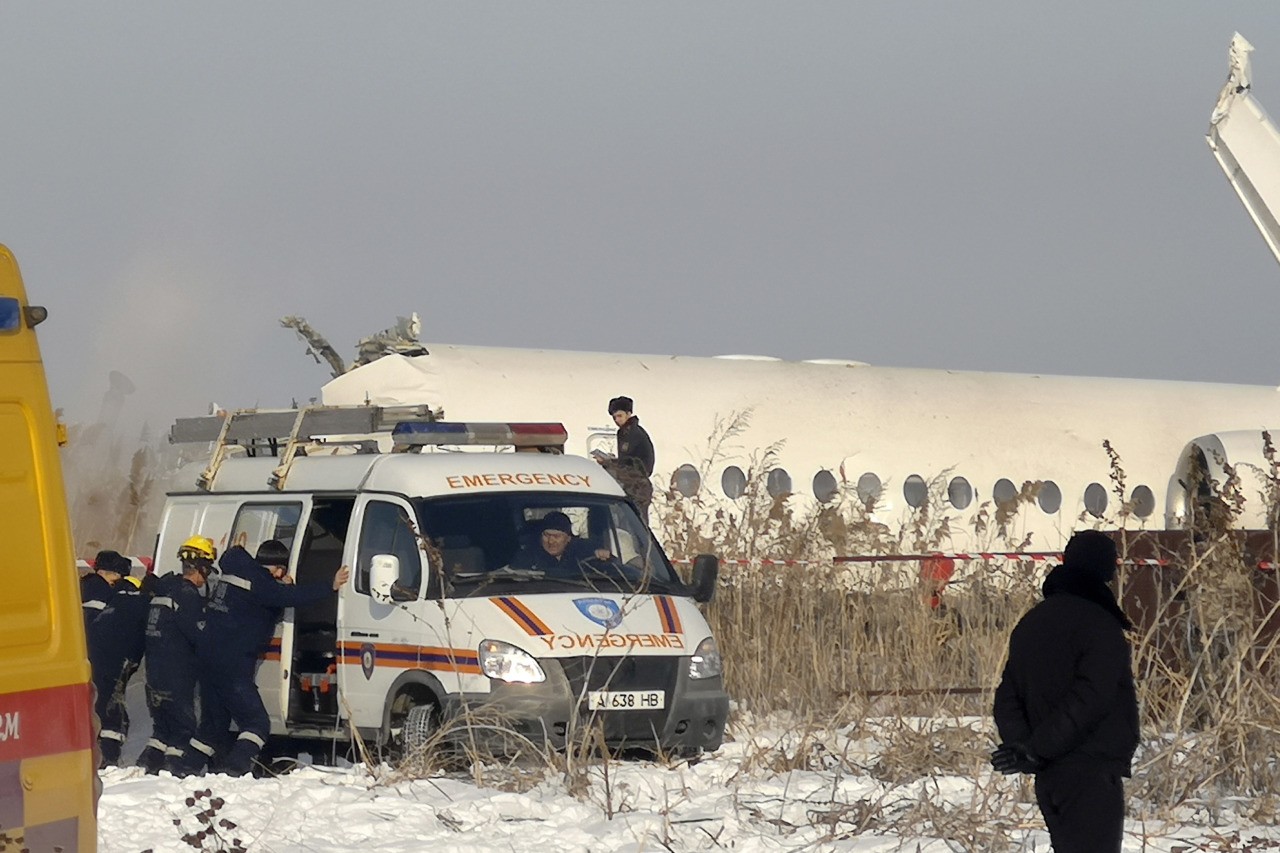 Police guard as rescuers work on the side of a plane crashed near Almaty International Airport, outside Almaty, Kazakhstan, Friday, Dec. 27, 2019. The Kazakhstan plane with 100 people aboard crashed shortly after takeoff early Friday. (AP Photo/Vladimir Tretyakov)