The Hungarian government is donating $30,000 for the repair of Christian churches vandalized by migrants on the Greek island of Lesbos.

“As part of the @HungaryHelps Program, we’re contributing USD 30000 to the refurbishment of churches vandalized by immigrants on the Greek island of Lesbos,” said Tristan Azbej, State Secretary for the Aid of Persecuted Christians, in a social media post.

“I hope our messages about protecting Christian heritage & about illegal migration get through.”

⛪️ As part of the @HungaryHelps Program, we’re contributing USD 30000 to the refurbishment of churches vandalized by immigrants on the Greek island of Lesbos. I hope our messages about protecting Christian heritage & about illegal migration get through. https://t.co/7Lno3LRmnG pic.twitter.com/1edg8mJOsk

This spring, Muslim migrants, mostly from Syria, have attacked several Christian sites on the island of Lesbos, such as the raid in early March on the Christian church of Hagios Georgios near the village of Moria, home to a large refugee camp.

Local residents said that when police prevented hundreds of migrants from being transferred to Athens, a mob of some twenty of them went to the church and took their revenge by destroying the nave and the altar, along with icons and church furnishings.

A group of 500 refugees attempted to march down to the port of Mytilini from the Moria camp but were met by members of MAT (riot police). The migrants pelted the Greek police with stones but were repelled with chemical and flash grenades. 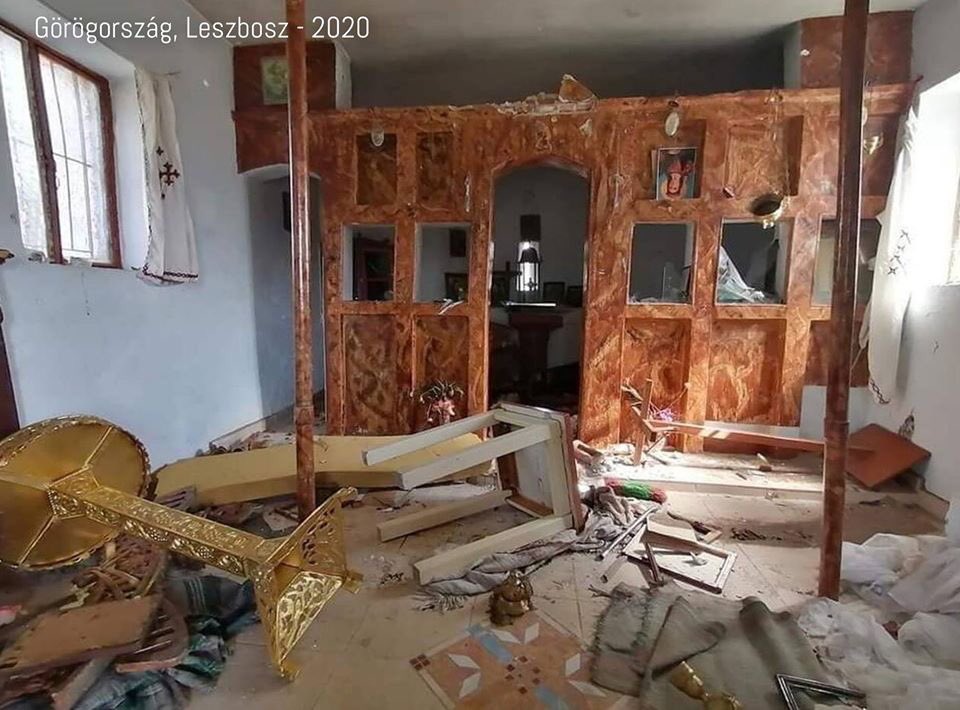 The following month, another band of migrants attacked the church of Saint Raphael, smashing its wooden doors and causing further desecration inside the church.

Last November, migrants on the island of Chios vandalized the Church of Hagios Haralambos in Chalkios village for a third time, setting fire to the altar.

In response to the vandalism, members of the Greek national minority in Hungary contacted Prime Minister Viktor Orbán’s Office in order to seek assistance with the restoration of their chapels.

As part of its Hungary Helps Programme, the Minister of State for Helping Persecuted Christians responded to the appeal with a donation of HUF 10 million ($30,000) for the renovation of churches on the island of Lesbos, which will be delivered through the Self-Government of the Greeks of Hungary.

“Hungary firmly stands up for protecting freedom of religion and Christian culture,” declared the Prime Minister’s office. “We hold that help must be taken where there is trouble, rather than bringing trouble here.”

Lesbos has a native population of only 90,000 citizens, but presently hosts some 25,000 migrants.