English Heritage will review all 950 of the blue plaques it maintains across London for “problematic connotations”.

The body maintains London’s ‘blue plaques’ on the exterior of buildings were famous and historical figures have lived or worked. The scheme was started in 1866 and is believed to be the oldest of its kind in the world.

English Heritage told The Times that while it has no current intention to remove plaques belonging to those deemed racist or having connections to the slave trade, it will be adding “contextualising digital content” online, likely detailing the historical figures’ sins. A spokesman for the charity told the paper that it has “no plans — at present — to provide additional information at the plaques themselves”. 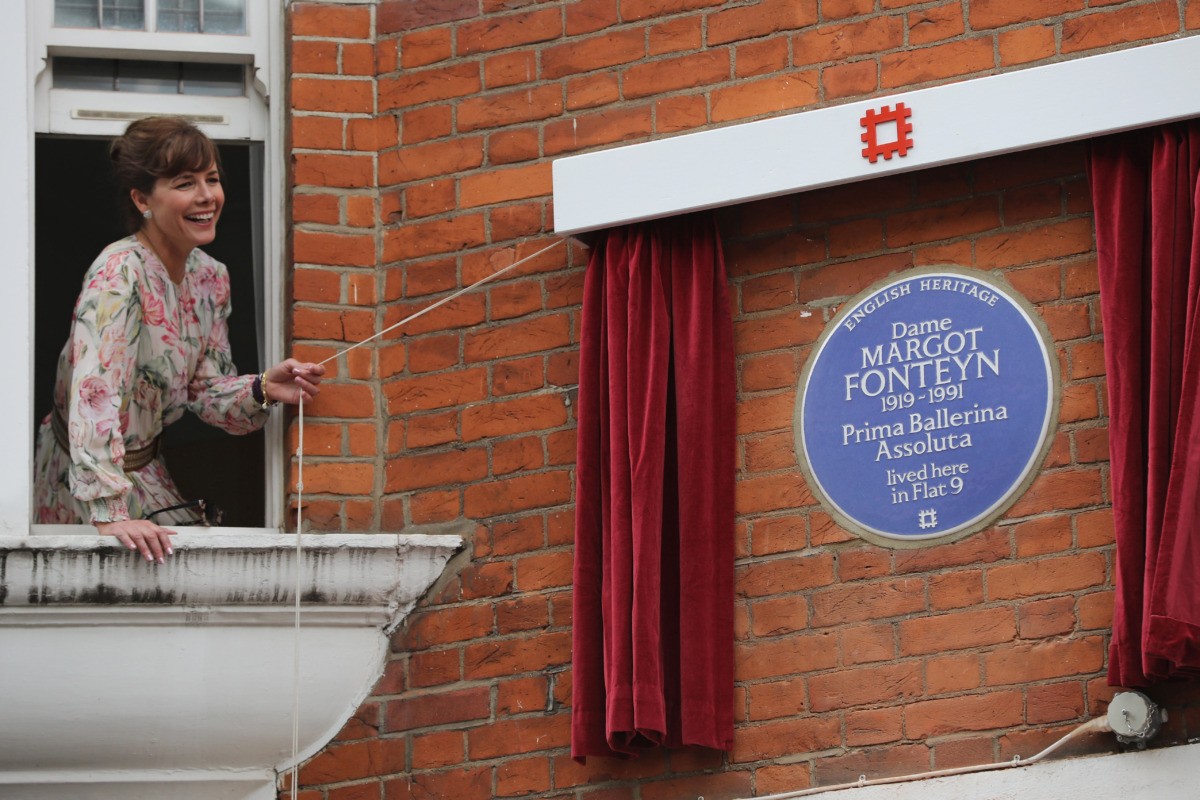 An example of the English Heritage blue plaques which commemorate the lives of historical figures is unveiled by ballerina and television personality Darcey Bussell in June 2016. The plaque on Long Acre in Covent Garden was in recognition of the late ballerina Dame Margot Fonteyn, who was regarded as one of the greatest of all time. (Photo by Dan Kitwood/Getty Images)

The newspaper of record speculates that one blue plaque which could be subject to ‘digital contextualising’ is that of Field Marshal Montgomery who defeated the Nazis at El Alamein, because of his pro-colonial rhetoric. Author Daniel Defoe, who held shares in the slave-trading Royal African Company, could also be branded with the digital Scarlet Letter.

Another British heritage charity, the National Trust — which had forced its frontline volunteers to wear rainbow LGBT lanyards during gay pride month and had hidden art depicting men — has also announced that it would be highlighting the slavery connections of the estates it manages.

Blue plagues, as well as statues and street names, will be reviewed by the Commission for Diversity in the Public Realm — an Orwellian-sounding body that Labour’s London Mayor Sadiq Khan launched last week.

The Conservative government has also announced its own social justice audit, the Commission on Race and Ethnic Disparities, which Prime Minister Boris Johnson said would “look at all aspects of inequality – in employment, in health outcomes, in academic and all other walks of life”.

The announcements come after far-left activists in the Black Lives Matter movement have put pressure on cities and the government to tear down and memory-hole monuments to British historical figures whose remarks or activities do not chime with current year’s sensibilities.

The watershed moment came last week after police stood by and allowed far-left Antifa and Black Lives Matter protesters to tear down and throw in Bristol harbour the statue of eighteenth-century parliamentarian and respected philanthropist Edward Colston over his business ties to slavery.

The statue was eventually retrieved with plans to place in a museum. Another heritage charity — Historic England — said that the memorial had been a “divisive topic”, adding that “we do not believe it must be reinstated”.

While there is a peculiar irony to a charity whose purpose is to preserve history preferring a piece of it removed, this would not be a first for Historic England. The quango stoked controversy in 2018 after tweeting an image of Lord Nelson — atop Trafalgar Square’s famous column — being smashed with a wrecking ball with the caption: “What should we do with controversial memorials and statues?”

Other assaults have occurred to statues in recent weeks, including wartime Prime Minister Winston Churchill, whose memorial outside of the Houses of Parliament was graffitied with the word “racist”, despite defeating modern history’s most infamous racist, Adolf Hitler.

Other statues of figures who are not remotely connected to allegations of slavery or racism have been, or have been threatened to be, attacked. Last week, a statue of Queen Victoria in Leeds was daubed with “slave owner”, despite the monarch not owning slaves and having ascended to the throne four years after slavery was abolished in Britain.

While Poole council rowed back on a decision to temporarily remove a statue to the founder of the Scouts, Lord Baden-Powell, after he was accused of supporting Hitler and being a “homophobe” and a “racist”. Even the establishment BBC published a report that refuted all those claims, finding many instances to the contrary.

Delingpole: The Entire Cultural Establishment Has Surrendered to the Radical Left https://t.co/BlIke5tNz7