On Saturday, hundreds of leftist activists took to the streets of the British capital, despite the legal ban on such gatherings under the coronavirus regulations, in what was termed a ‘Black Trans Lives Matter’ protest.

Demonstrators chanted slogans such as “The UK is not innocent” and “Take it to the streets and fuck the police, no justice, no peace”.

One black radical protester claimed that “racism only exists because of capitalism” and therefore the black community “need to cut off their money, we need to make a bigger challenge, stop paying our taxes, stop turning up to their workplace,” adding: “if we can strike for climate, we can strike for black lives”.

The Black Trans Lives Matter protest drew support from the youngest Member of Parliament, Nadia Whittome — the 23-year-old Labour Party MP for Nottingham East — who wrote on social media: “Thousands marched for #BlackTransLivesMatter today, past a Parliament that currently has zero trans MPs and is eroding trans rights when we must urgently extend them.”

“This will change. My inbox is always open to trans people wanting to stand for election,” Whittome added. 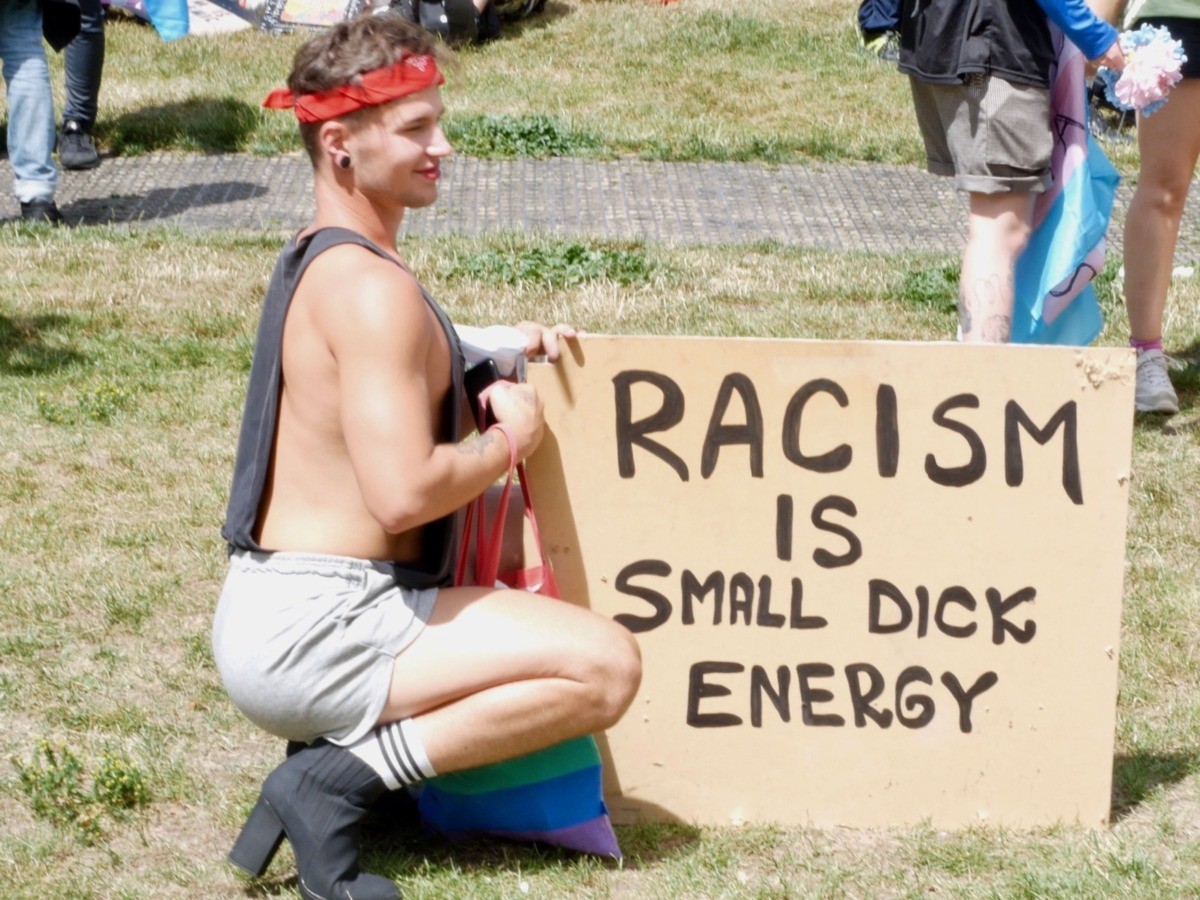 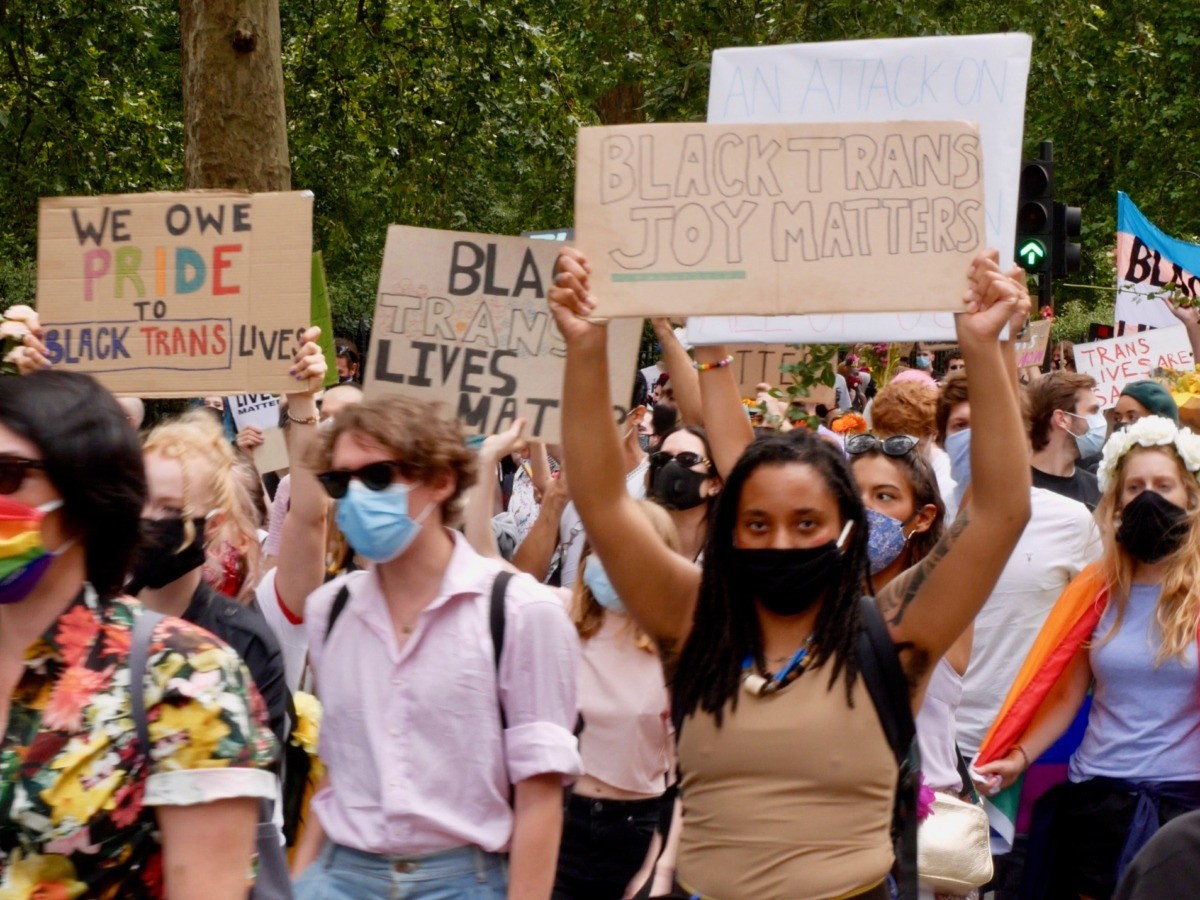 Another masked protester claiming to represent the activist organisation ‘Justice for Black Lives’ said: “We need Britain to know how and why it is racist today.”

She said that her organisation is calling for a “defunding and abolition of police” in the United Kingdom, adding: “whether we are guilty or not, we should not end up in cages, we need rehabilitation.”

“When we say ‘defund the police’ we want to take that power away and give it to community support that actually fucking works,” the leftist activist explained. 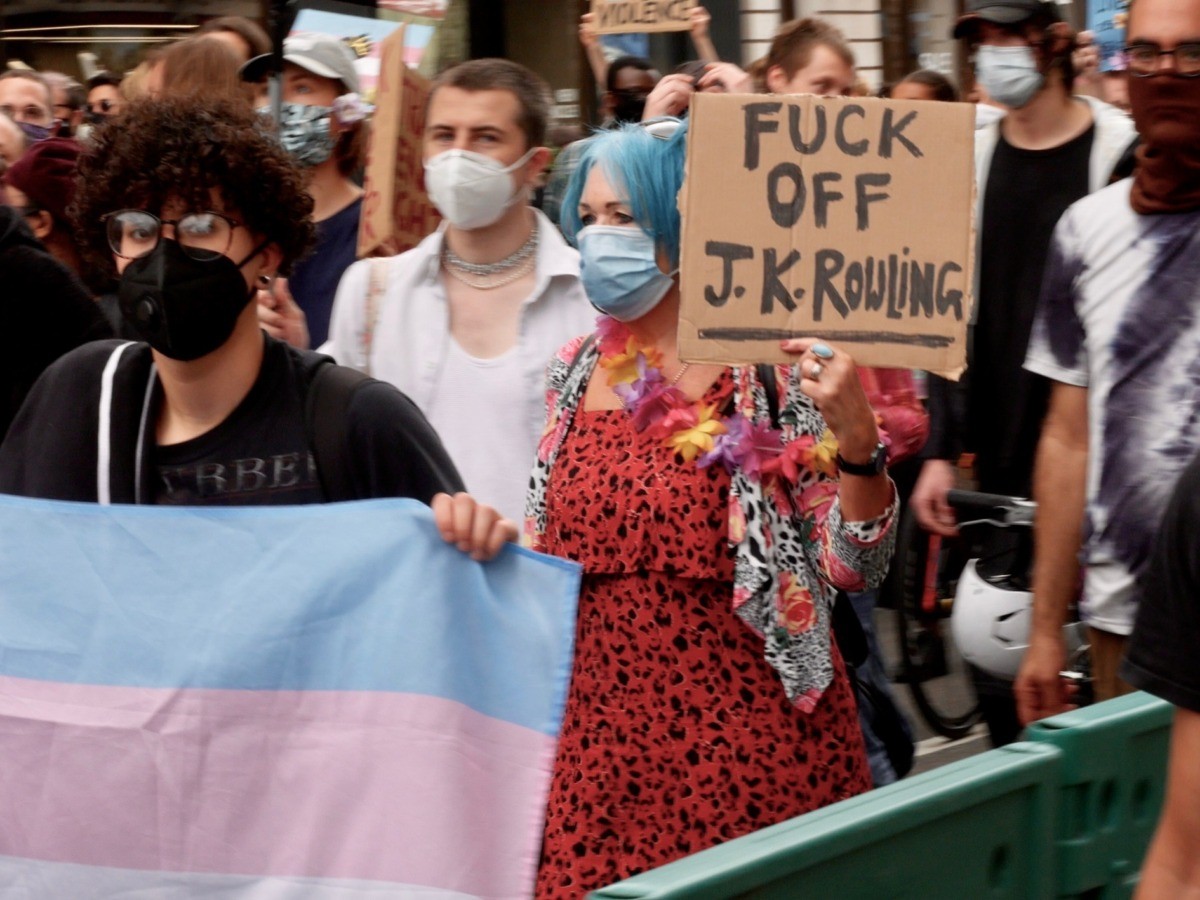 Later as the protest moved outside of the Department of Education, the same masked protester addressed a “conspiracy about Black Lives Matter UK”.

She said that “our organisation has been in contact with them” and said that the leaders of BLMUK are indeed “facilitating the protests but cannot reveal themselves, because there is a great threat from police interception and right-wing interception.”

“They have already had their lives ruined by fascists, who want to dismantle them, who want to break them and we need to protect these leaders. That’s why I have my mask on today, I’m protecting myself.

“So I’m just clarifying: They are real, they are black, and they are in support of all black life,” she claimed.

Black Lives Matter UK protesters have been protesting across the United Kingdom since the death of U.S. citizen George Floyd last month, often violently clashing with police in London.

Over the past three weeks alone, some 140 officers have been injured in policing the protests and a recent spate of street parties turned riots in the capital — all illegal under the nation’s coronavirus laws, although the authorities are doing little to enforce them BLM protests.