Prime Minister Boris Johnson has said that two Royal Navy ships will continue their watch over the waters around the British Crown Dependency of Jersey after dozens of French fishermen ended their protests over alleged fishing rights violations.

The government had ordered the deployment of HMS Tamar and HMS Severn in the early hours of Thursday morning over fears that the estimated 80 French fishing vessels, including large trawlers, would blockade the island’s main port and capital of Saint Helier over its fishing restrictions.

A Number 10, Downing Street spokesman said, according to The Times: “The prime minister reiterated his unequivocal support for Jersey and confirmed that the two Royal Navy offshore patrol vessels would remain in place to monitor the situation as a precautionary measure. They agreed to stay in touch as the situation develops.”

The French fishing vessels returned to their ports in Normandy, France, by Thursday afternoon after talks with the Jersey government. However, some fishermen have threatened to return unless restrictions are lifted. 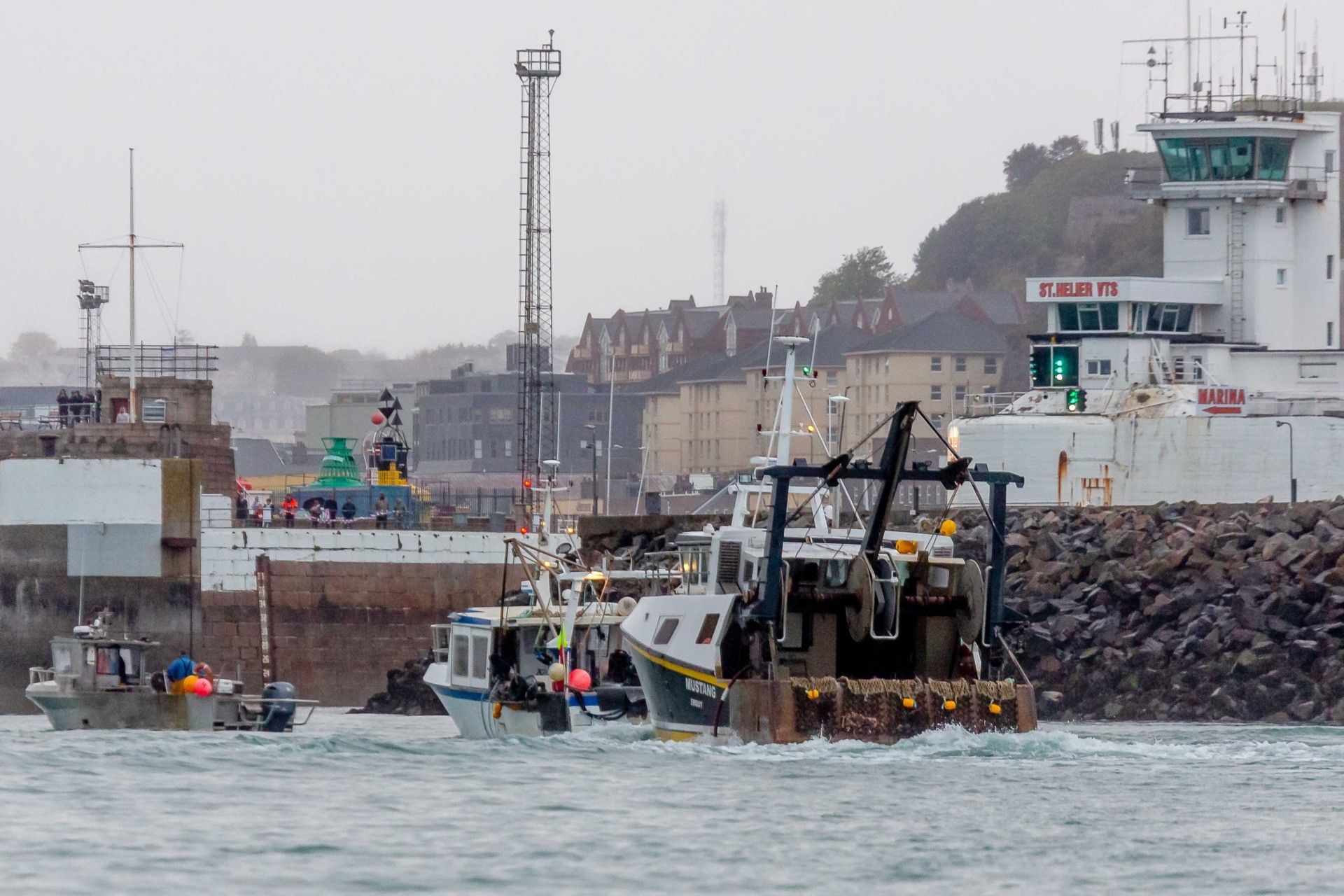 ST HELIER, JERSEY – MAY 06: French fishing boats sail into the harbour in protest against the new fishing licences on May 6, 2021 in St Helier, Jersey. Up to 80 French fishing boats sailed to St Helier Harbour at 07:00 this morning to protest new fishing licences issued last Friday by the UK. The licences impose a limit on the number of days the French can operate in the shared waters. Downing Street has sent two Royal Navy vessels down to monitor the situation and President Macron has also deployed military ships to ensure the safe passage of the French fishing boats. (Photo by Gary Grimshaw/Getty Images)

Jersey is the largest of the Channel Islands and sits just 14 miles from the coast of France. French fishermen claim that in contravention of the UK-EU trade agreement, they have had their fishing rights curtailed in new fishing contracts issued on Friday, allegations that prompted French Maritime Minister Annick Girardin to threaten to cut off electricity to Jersey on Tuesday. Some 95 per cent of the electricity used in Jersey travels along three underwater cables from France.

The European Commission, the EU’s executive branch, sided with the French and demanded the UK order Jersey to stop “discriminating” against French fishermen. While the UK is in charge of Jersey’s foreign policy, the Crown Dependency controls its own fishing waters.

Jersey External Affairs Minister Ian Gorst remarked that the “precautionary” action by the Royal Navy “has so far worked”, telling Sky News: “We have had disproportionate threats emanating from Paris and a potential blockade of our main harbour — and those threats we take seriously to protect Jersey’s interests.”