In their annual March for Life, upwards of 30,000 members of Italy’s pro-life movement paraded through the streets of Rome Sunday, waving banners, holding balloons, chanting and singing songs.

The March began at Santa Maria in Cosmedin, home to the famous “Bocca della Verità” (mouth of truth), made famous to Americans by an emblematic scene from Roman Holiday with Gregory Peck and Audrey Hepburn. The throng, which included bishops, priests, nuns, and countless families, marched up through Piazza Venezia and then through central Rome until finally crossing the Tiber River and parading into Saint Peter’s Square.

The spokeswoman for the March, Virginia Coda Nunziante, said that Italy’s pro-life movement is “for life, without compromise,” noting that nearly 6 million babies had been aborted in Italy since it was legalized in 1978. She also underscored the importance of creating a true “culture of life” in Italy, where the birthrate has fallen well below the replacement rate to just 1.3 children per woman. 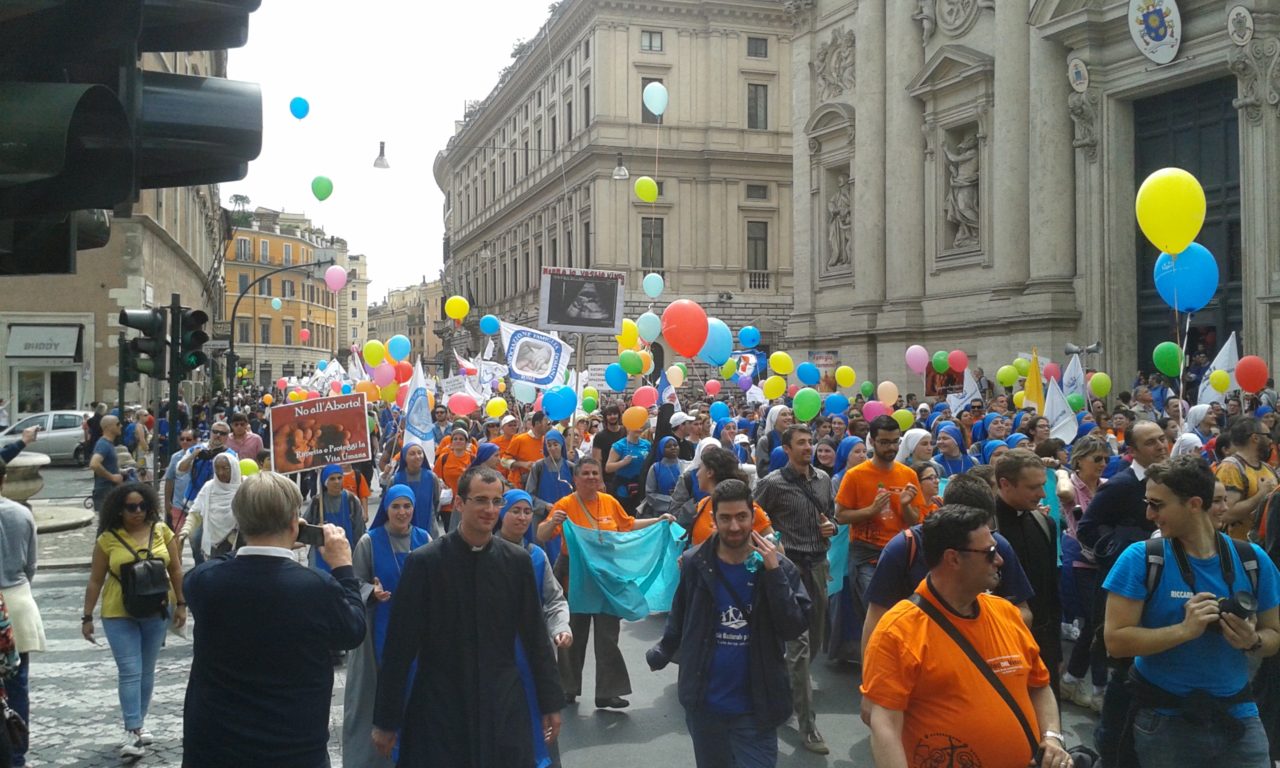 The timing of the March was scheduled to conclude when Pope Francis was coming out to greet the crowds gathered in the Square for his weekly Sunday midday prayer. The Pope, who has been a vocal adversary of abortion and euthanasia, offered a personal greeting of encouragement to the marchers.

In his most recent letter, Amoris Laetitia (The Joy of Love), the Pope condemns abortion, calling it “a horrendous contradiction” when an unborn child is killed in the “sanctuary of life” that is the family.

“So great is the value of a human life, and so inalienable the right to life of an innocent child growing in the mother’s womb, that no alleged right to one’s own body can justify a decision to terminate that life, which is an end in itself and which can never be considered the ‘property’ of another human being,” he wrote. 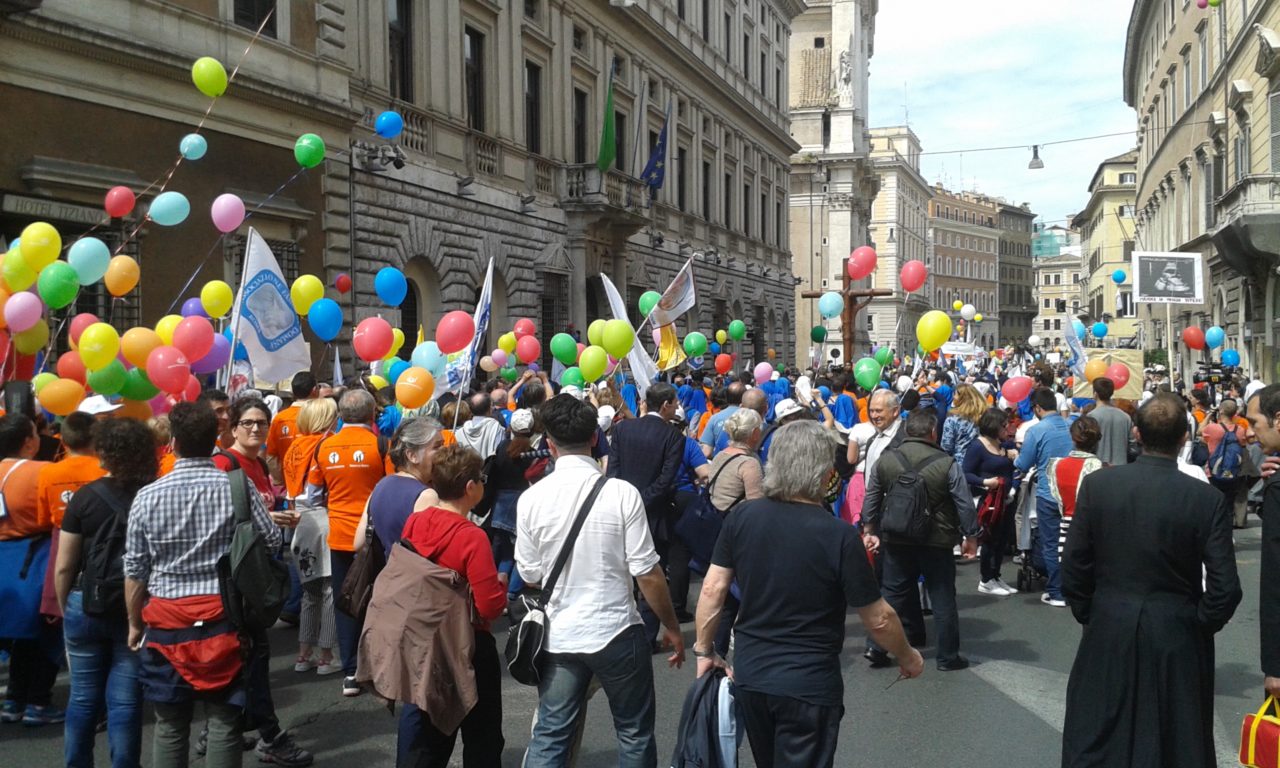 Abortion was illegal in Italy until 1978, when the “Legge 194” abrogated prior legislation, legalizing abortion during the first 90 days of pregnancy. Many of the marchers Sunday carried banners urging that Law 194 “be aborted.”

Ever since then, the Italian pro-life movement has organized conferences and an annual March for Life, much as the U.S. pro-life movement marches in Washington DC every year on January 22, the anniversary of the Supreme Court’s Roe v. Wade decision that legalized abortion across America in 1973.