Hundreds gathered at the St. Catherine of Alexandria Church in Riverside on Friday to lay Damian Meins, one of the victims of last week’s radical Islamic terrorist attack, to rest.

“We’ve lost part of our family,” Mary Ann VanStockum told Breitbart News. “The man who we could plan on to be over in a second. Even if it was unplanned, he was there. It seems like everyone that dies was the best guy in the world, but Damian was always there. You had to be careful to ask him for help because he wouldn’t say no,” she recalled, telling Breitbart News that both Damian and his widow Trenna were present for her and her husband Steve’s wedding. 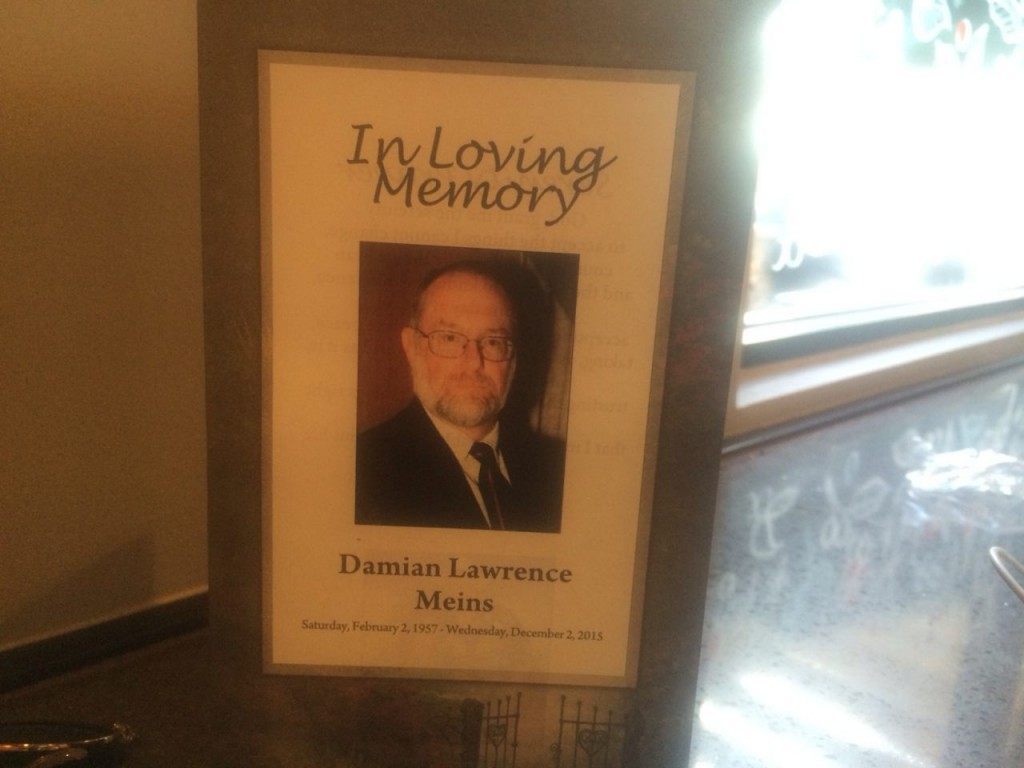 The air outside the church was crisp and cold as relatives and friends hugged one another in consolation. While the family chose to allow just one news outlet into the funeral itself, the expressions on the faces of those present, and pictures that were taken, at times spoke louder than words.

One of Damian’s colleagues from a job he had held prior with the County of Riverside said she found the most touching speech came from his wife and daughters. They spoke “of how special Damian was. He was an exceptional person,” the unnamed woman said.

Damian left behind a wife and two daughters, Tina and Tawnya. Several of Tina’s friends also attended to pay their respects. “I knew his daughter well enough to know him through his daughter and based on how she was raised, I could see what a great family she came from,” Justin Onhone told Breitbart News. “So I wanted to pay my respects to him for doing that and passing on his goodness to the next generation.” 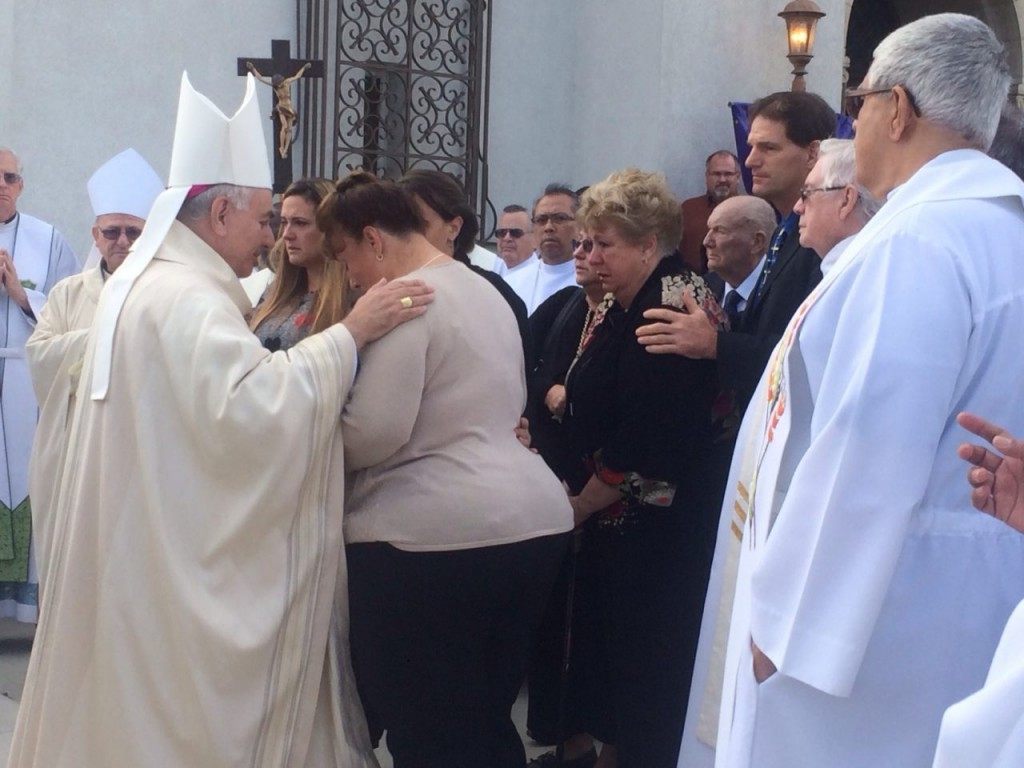 Latasha Jackson also worked with Tina at UC Riverside and expressed that the incident which struck their community makes “you feel kind of like you had a security blanket before and when things like this happen, then it snatches it away and you realize this is the world we live in now and it’s a sad thing.”

Terrorists Syed Rizwan Farook and his wife Tashfeen Malik gunned down 14 people during a holiday party last week, including Damian. The incident is being investigated by federal authorities as links to international and domestic terrorism grow stronger with evidence gathering.

Russell Mandel’s daughters attends Sacred Heart school where Damian’s widow Trenna is the principal. As a result of the tragic incident that struck so close to home, he said “I’m more aware of the problem of radical Islamic terrorism. I want to be more cautious in my approach to radicals and Muslims,” he said. “I think it’s ok to be cautious and I don’t think it’s racial profiling anymore,” Russell expressed. 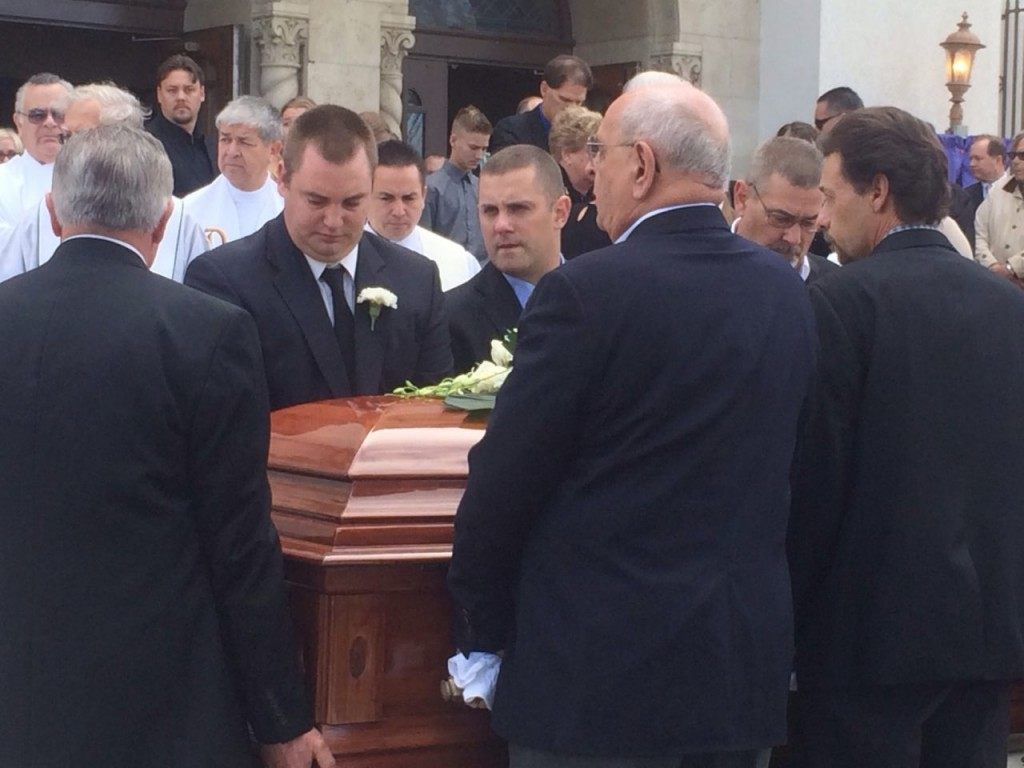 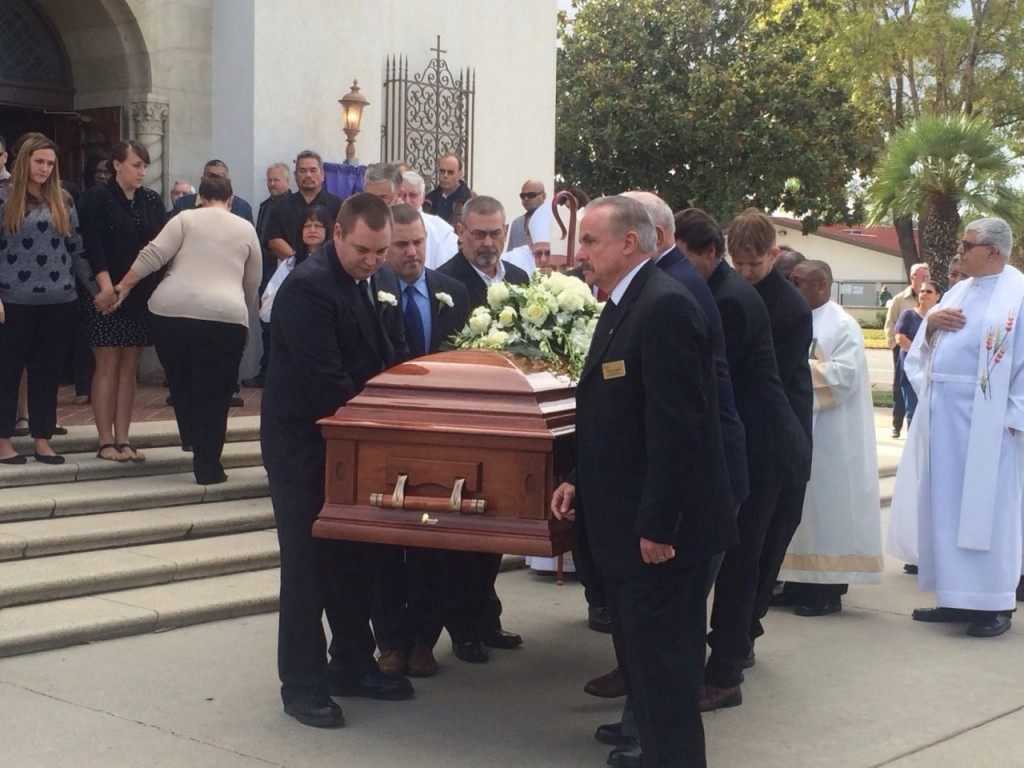 Reports had surfaced that neighbors suspected something was off about Farook and Malik but in order to avoid “racial profiling,” they chose not to say anything.

The Meins family has set up a GoFundMe account to raise $50k for a memorial fund in Damian’s name. Despite the tragedy that struck their family, the Meins provided a message of lovingkindness on the page:

We ask, as a family, that people fight hatred with love, and that they seek to perform small acts of kindness for others, as Damian always did. “Many small people who in many small places do many small things that can alter the face of the world.” Please choose love, compassion, and kindness. Thank you.

Damian was was 58 years old.