Iran’s president lamented his recent efforts at diplomacy with the U.S. have come to nothing, saying Thursday “talks are useless” as Tehran’s nuclear deal with world powers crumbles further.

President Hassan Rouhani made the comment in a speech in Tehran during the unveiling of the Bavar-373, a long-range surface-to-air missile system he described as an improvement to the Russian S-300.

“Now that our enemies do not accept logic, we cannot respond with logic,” Rouhani said in the televised speech. He then added:

When the enemy launches a missile against us, we cannot give a speech and say: ‘Mr. Rocket, please do not hit our country and our innocent people. Rocket-launching sir, if you can please hit a button and self-destroy the missile in the air.’

On Wednesday, Iran’s state TV reported that the Bavar-373 is able to recognize up to 100 targets at a same time and confront them with six different weapons.

The Bavar-373 launch is the second time this month Iran has boasted of increased missile capabilities.

On August 6  Iran unveiled three precision-guided missiles, with the defence minister saying they show the country is ready to defend itself in the face of U.S. “viciousness and conspiracies”. 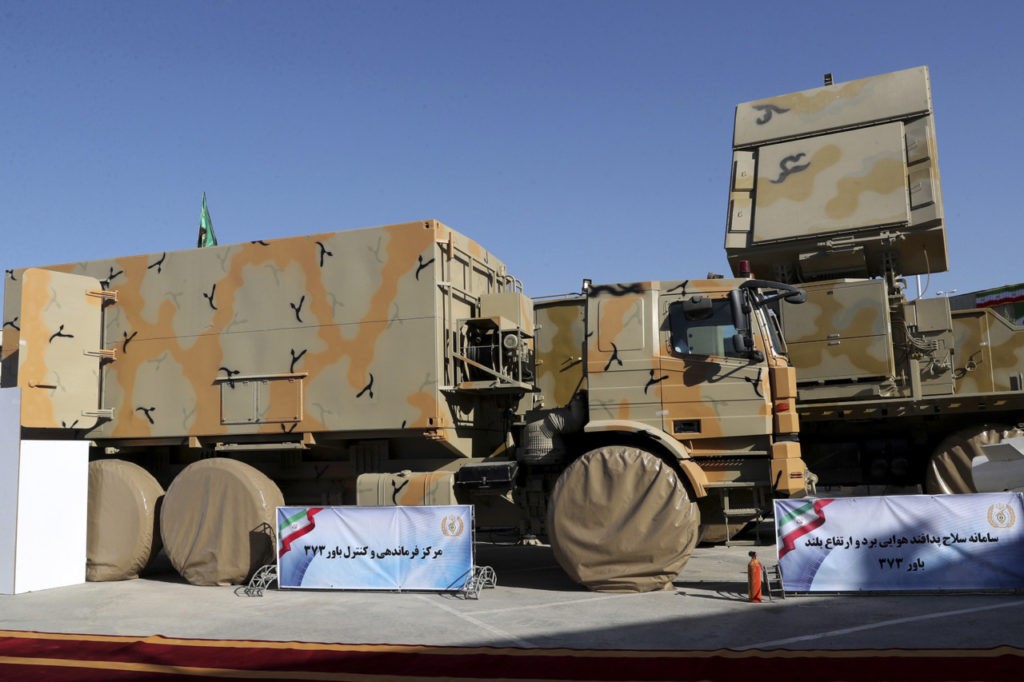 A part of Iran-made Bavar-373 air-defense missile system is seen in a ceremony to unveil by President Hassan Rouhani, Iran, Thursday, Aug. 22, 2019. Iran says the Bavar-373 is a long-range surface-to-air missile system able to recognize up to 100 targets at a same time and confront them with six different weapons. (Iranian Presidency Office via AP)

The new line-up of air-to-air missiles dubbed the “Yasin”, “Balaban” and a new series of the “Ghaem” were developed jointly by the ministry and Sa Iran, also known as Iran Electronics Industries.

Defence Minister Brigadier-General Amir Hatami hailed their launch as “another significant achievement of power and dignity for the Islamic Republic of Iran”.

All have been unveiled amid tensions between Iran and the U.S. and its allies in the Strait of Hormuz — a vital corridor linking oil producing countries in the Middle East to markets in Asia, Europe and North America.