TEL AVIV, Israel (AP) — As a baseball-crazed kid growing up in Miami, Danny Valencia dreamed of playing in the Major Leagues. The thought of heading to the Olympics, for a foreign country no less, never crossed his mind.

But after nine years and nearly 100 homers in the big leagues, that’s the next surreal step for the 35-year-old Valencia, who recently became an Israeli citizen thanks to his Jewishness and is now the star player in Team Israel’s improbable run to the Tokyo Games. Baseball is returning to the Olympics after being dropped for 2012 and 2016 and Israel is one of six teams vying for the three medals.

“It’s pretty cool to be playing in the Olympics,” he told The Associated Press at a team event in Tel Aviv. “For it to come about the way it did, especially for my mother who is a practicing Jew and very pro-Israel, it just meant a lot to her. So, to do this, especially at the end of my career, it is like the icing on the cake. ”

It’s even more of a dream fulfilled for the small baseball community in Israel, comprised mostly of American immigrants, and which has languished for decades in the country’s sporting wilderness. Israel has zero tradition of the American pastime, which is largely derided by locals as an arcane and boring sport.

In Israel, soccer and basketball reign supreme while baseball, long popular among American Jews, has failed to catch on with the rough-and-tumble native-born Israelis who have taken more of a liking to the strategy and hard hitting of American football. 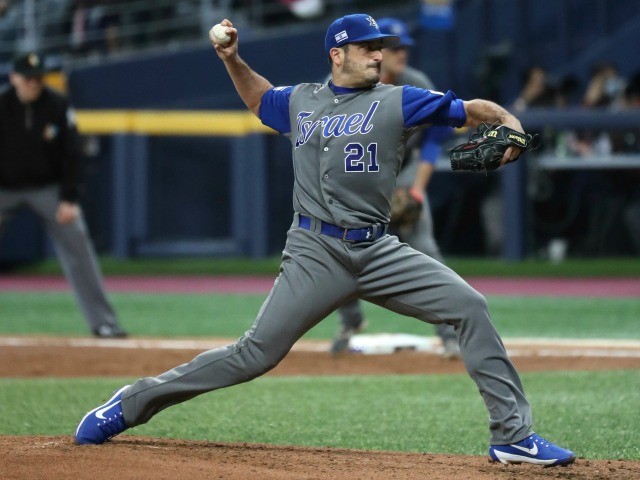 Only about 1,000 kids play baseball in Israel and there is just one regulation baseball field in the country. In 2007, a group of American supporters launched the Israel Baseball League, a semi-professional league comprised almost entirely of foreign players that generated little interest and folded after just one season.

But thanks to a creative outreach campaign to Jewish-American pros, Israel’s national team has surged to unthinkable heights.

It started when Israel fielded a qualifying team for the 2013 World Baseball Classic that was skippered by future Detroit Tigers manager Brad Ausmus and included former all-star Shawn Green. In 2017, Israel made the showcase tournament, upsetting South Korea and Taiwan en route to a surprising 6th-place finish.

But even that paled in comparison to the sensation of knocking off the top three European teams before routing South Africa 11-1 in September to earn the Europe/Africa Olympic berth and becoming the first team to qualify after host Japan. Mexico and South Korea, which won the Olympic gold in 2008, have since also qualified with the final two openings to be decided in the coming months.

It’s an achievement that Gili Lustig, the executive director of the Israel Olympic Committee, said was nothing short of “unbelievable.” Extolling praise this week in Hebrew upon the team — nearly none of whose members understood the language — he expressed hope that their Olympic odyssey would finally give the sport its long-awaited boost in Israel.

“What’s important is to leverage your participation to grow baseball in Israel,” he said. “I have no doubt you will represent us well.”

Lustig noted that the 24-member group will represent the first time Israel is sending a team sport to the Olympics since 1976, when it sent a soccer team, and will make the Israeli delegation to Tokyo the country’s largest ever. 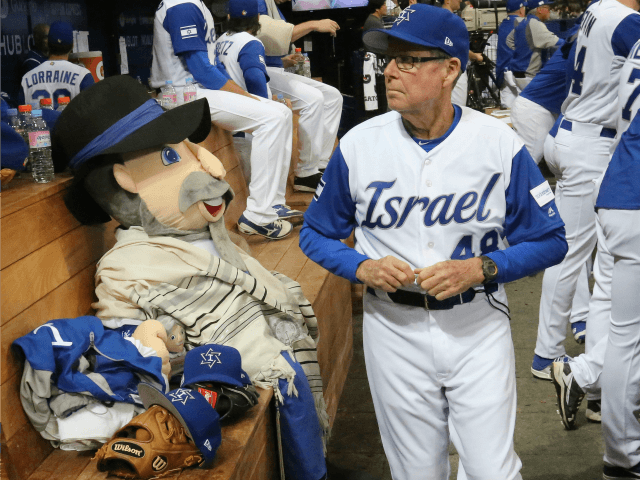 Israel’s third base coach Pat Doyle, right, passes by his team mascot, The Mensch on the Bench, during at the first round game of the World Baseball Classic at Gocheok Sky Dome in Seoul, South Korea. (AP Photo/Ahn Young-joon)

Baseball is one of five sports that were added to the 2020 Summer Olympics. It won’t be back in Paris in 2024 but seems likely to return once again for Los Angeles 2028.

Unlike the World Baseball Classic, whose “heritage rule” allowed countries to field players who were merely eligible for citizenship, the Olympics requires its participants to be full-fledged citizens of the countries they represent. Israel grants citizenship to anyone with at least one Jewish grandparent and in recent months the players have been going through the process, providing marriage certificates, letters from rabbis and other proof of their Judaism. Five of the players have Major League experience and others who find themselves outside opening day rosters may join later before the games kick off in July.

Among the former major leaguers on the team are Jon Moscot, Ty Kelly and Josh Zeid.

Once in Israel, they’ve faced an even greater challenge in drawing interest among a skeptical audience that couldn’t tell the difference between a strikeout and a stolen base. Even Israeli President Reuven Rivlin offered his greetings with a caveat while meeting the team during their current week-long promotional visit to the Holy Land.

“It’s not a secret that I prefer soccer, but you can’t ignore your exciting achievement,” he told them at his Jerusalem residence.

Team Israel head coach Eric Holtz, himself an American Jew who plans to apply for citizenship, said he is aiming to double the number of local players in Israel within two years of the Olympics. He said his primary mission was to “instill our love and passion to the five and six-year-old kids throughout this country and show them what a great game this is.”

As for the Olympic Games themselves, he noted that Israel would be an underdog, as usual, but still had a theoretical 50% chance of winning a medal.

“Nobody gave us a shot … and we shocked the world,” Holtz said of the qualifying process. “It’s a once in a lifetime opportunity and we as a team couldn’t be prouder to represent Israel.”