Rep. Liz Cheney (R-WY) claimed in a New York Times interview Sunday that she is still a Wyoming Republican even after allying herself with the Democrats on the partisan January 6 Committee, gun control measures, and globalist foreign policy.

“If the cost of standing up for the Constitution is losing the House seat, then that’s a price I’m willing to pay,” she said in the interview.

Cheney has no interest in changing her political affiliation, she also told the publication. “I’m a Republican,” she said before warning the Republican party “is continuing to drive itself in a ditch.” She added, “I think it’s going to take several cycles if it can be healed.”

Not everyone agrees with Cheney’s political position. “She’s so in bed with the Democrats, with Pelosi and with all them people,” Casper resident Bruce Hitt explained to the Times.

Cheney’s alliance with the establishment extends to the partisan January 6 Committee, which has sought to investigate the January 6 incident without focusing on the alleged FBI informants at the Capitol. Cheney is one of ten Republicans who voted to impeach former President Donald Trump. If she loses the August 16 primary, only two or three pro-impeachment Republicans will remain in office.

“Can I cuss?” one voter responded to CNN when asked last weekend about Cheney’s role on the partisan January 6 committee. “She’s done us dirty,” the voter explained. “Look at how she’s done Trump. I’m a Trump fan.”

Cheney’s alliance with Democrats and fixation on Trump caused the Wyoming Republican Party in 2021 to excommunicate their representative from the state in which she is no longer recognized as a Republican. Since then, Rep. Kevin McCarthy (R-CA), Sen. Ted Cruz (R-TX), and former Wyoming Rep. Barbara Cubin have all endorsed Cheney’s competitor, Trump-endorsed Harriet Hageman.

Hageman, a local attorney and America First advocate, is leading in the polls by about 30 points and is predicted to win the highly contested GOP open primary. “The big story is Liz Cheney is going to get beat,” Brad Coker, managing director of the polling firm Mason-Dixon Polling & Strategy, said, reflecting on a primary poll released in June. “That’s a foregone conclusion.”

While it appears “Cheney is ready to lose” on August 16, her obsession with fighting Trump is likely blinding her perception of the Republican party. When the Times asked Cheney if she would support any Gov. Ron DeSantis (R) potential political ambitions, Cheney said she “would find it very difficult.” She continued, “I think that Ron DeSantis has lined himself up almost entirely with Donald Trump, and I think that’s very dangerous.” 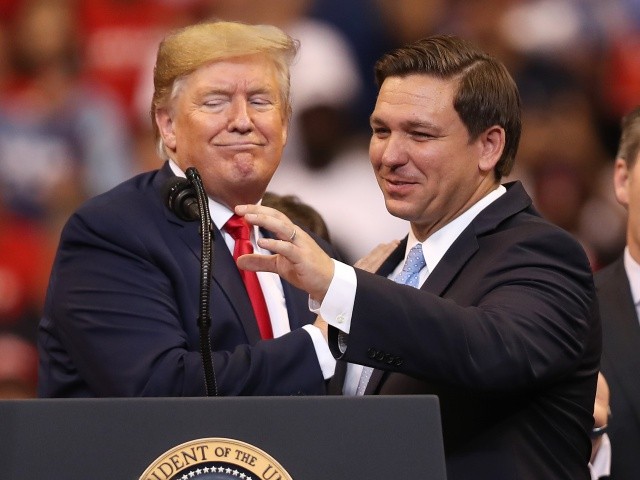 Cheney’s opposition to Trump has won her favor with many in the establishment uniparty. In recent weeks, Cheney has won endorsements from Hollywood elites and donations from Hillary Clinton and former President Barack Obama donors. She has also solicited votes from Democrats, though Joseph Barbuto, the chairman of the Wyoming Democrat Party, believes the tactic will not be effective.

According to PredictIt odds, Cheney has only a three-cent chance on the dollar of winning. Trump-endorsed Harriet Hageman is favored by 97 cents on the dollar.