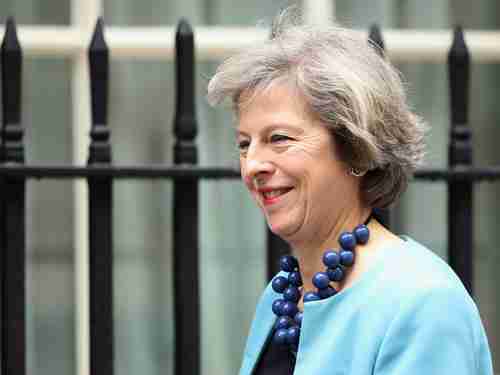 The fallout from the UK’s shock approval of the Brexit referendum, mandating that the UK leave the European Union, continued on Monday with a new stream of events.

The Standard & Poors (S&P) ratings agency cut the UK’s credit rating by two notches, from AAA to AA+ and then to AA. The S&P said that Brexit could lead to “a deterioration of the UK’s economic performance, including its large financial services sector.”

The main reason that this might be significant is that it could lead to forced selling. Many fund managers are only allowed to own AAA debt, and the ratings downgrades may force many of these fund managers to sell the downgraded assets. If the asset has lost value as a result of Brexit, then these funds could lose substantial amounts of money. This could lead to the vicious cycle that I described last week — where asset values fall, leading to forced selling, causing asset values to value, leading to more forced selling, and so forth.

On the other hand, central banks are acting quickly to “print money” and make it available to wealthy investors and institutions so that there will be as little forced selling as possible.

Meanwhile, Britain’s government has become almost non-existent, as both parties are in chaos. David Cameron, leader of the government Conservative party, is to be replaced as leader early in September. The two most likely choices are the flamboyant pro-Brexit leader Boris Johnson, and the demure anti-Brexit Home Secretary Theresa May. Whoever wins the leadership election for the party will automatically become Prime Minister until the next general election.

In other developments on Monday, there is a great deal of tension among EU leaders as to how quickly UK leaders have to “invoke Article 50” of the Lisbon Treaty, referring to the event that will launch two years of negotiations to work out the details for the divorce between the UK and EU.

UK pro-Brexit leaders don’t have a plan or a clue what they want to do next, so the “plan” is to stall as long as possible, and not invoke Article 50 until it becomes absolutely necessary. This is driving some UK leaders crazy, since they are unable to make their own plans due to the uncertainty of what will happen to the UK, and some of them are demanding that the UK invoke Article 50 as quickly as possible. However, the Lisbon Treaty is clear that the EU cannot force the UK to do so, and UK leaders are lost in the wilderness, so will stall as long as they can, at least until a new Prime Minister is selected.

Another question plaguing EU leaders is how harsh they should be in the negotiations. On the one hand, the UK is an important ally, and they do not want to be seen as screwing the UK. On the other hand, they do not want other countries to look on and say, “If it’s that easy, then we’ll leave the EU, too.” So many EU leaders are talking about being as harsh as possible in the negotiations, to discourage other members from doing the same.

The EU will have a great deal of leverage because the UK will want to continue to belong to the “EU Single Market,” or the European Economic Area (EEA). The EEA is considered to be one of Europe’s greatest post-war achievements, and its creation was led by Britain. Britain will desperately want to continue to be part of the EEA, and this is possible, because Norway is in the EEA, but not a member of the EU.

However, in return for that access to the single market, Norway pays a contribution to the EU budget and has to sign up to all the rules of the club – including its common regulations and standards. If Britain negotiates to stay in the EEA, then EU negotiators will certainly demand as large a contribution to the EU budget as possible. Furthermore – and this will be the ultimate irony – the common regulations and standards will be set by the hated EU regulators, but after leaving the EU, Britain will have no say in how the regulations are set. Guardian (London) and Independent (London) and BBC

A wave of multiple suicide bombings struck the predominantly Greek Orthodox Christian village of Al-Qaa in northern Lebanon near the border with Syria. The first wave of four suicide bombings occurred outside a church in the village before sunrise on Monday morning. Then on Monday evening, as residents were preparing for funerals for the morning’s suicide bombings, three suicide bombers riding motorcycles blew themselves up in the same village. At least five people were killed and 15 wounded.

No one claimed credit, but it is believed that the bombings were perpetrated by the so-called Islamic State (IS or ISIS or ISIL or Daesh). The region around Al-Qaa has had numerous al-Qaeda and ISIS attacks since the beginning of the Syrian war in 2011.

Lebanon hosts more than 1.1-million Syrian refugees, in a country with a population of just four million. The refugees have put an enormous strain on the economy and on the army. Al Manar (Lebanon-Hezbollah) and AFP and Business Day (Johannesburg)

A bomb has exploded in Beirut Lebanon on June 12, outside the headquarters of the Blom Bank, the second largest financial institution in Lebanon. The bomb destroyed the façade of the building, but did not cause any deaths. Lebanon’s police arrested two suspects who had been pictured on surveillance video. They were part of a group linked to Hezbollah.

Hezbollah is a powerful political force in Lebanon, but it is also a terrorist puppet funded and directed by Iran. Under Iran’s direction, Hezbollah militias have been fighting alongside the army of the regime of president Bashar al-Assad of Syria.

In December 2015, the US Congress passed the Hezbollah International Financing Prevention Act, which provides for sanctions against any foreign or domestic bank that helps Hezbollah with loans, fundraising, money laundering, or other activities.

In the weeks before the bombing, Hezbollah began a campaign of harshly criticizing Blom bank and its governor Riad Salameh, as well as other Lebanese banks. Hezbollah accused the banks of being too eager to implement the US sanctions, and appeared to be inciting violence, and did not condemn the bombing after it occurred.

Several Lebanese newspapers known to be critical of Hezbollah called the organization “bank bombers,” and said that Hezbollah intended the bombing as a “message” to banks complying with the US sanctions. Congress.gov and Reuters (6/12) and Memri and Gulf News (Dubai – 6/16)

Nasrallah responds: Hezbollah gets all its funding from Iran

In a speech on Friday, Hezbollah’s leader Sayyed Hassan Nasrallah gave a speech in which he defended Hezbollah against the accusation of being responsible for the Blom bank bombing, saying that the law passed by Congress has no effect on Hezbollah:

Well, at the time, I said that even if the Lebanese banks comply with this law… we as a party and as an organization and jihadist movement consider the law pointless and we will not be hurt or affected by it.

Yes, it is true that the law puts some moral pressure on us but it will not have any financial impact on Hezbollah. I have previously explained why but I will remind those idiots of the following. We do not have any business projects or investments via banks.

Let me be very frank and I do not think anyone in the world would dare to say this publicly. We are open about the fact that Hezbollah’s budget, its income, its expenses, everything it eats and drinks, its weapons and rockets, are from the Islamic Republic of Iran. … Our allocated money is coming to us, not through the banks. As long as Iran has money, we have money … Just as we receive the rockets that we use to threaten Israel, we are receiving our money. No law will prevent us from receiving it.

Some people might have objections. We do not care. By the way, the resistance [to Israel], its sons, audience, and people thank the imam of the nation, His Eminence Imam Sayyid Ali Khamenei, may God grant him a long life. We also thank the Islamic Republic of Iran, its president, government, parliament, reference, religious authorities, and people for the kind support provided to us during the years of resistance and that continues to date.

The interesting thing about this speech is that Nasrallah does not deny that Hezbollah was responsible for the bombing, which makes the whole speech rather silly. It appears to be a message to the US Congress to convince them to lift the sanctions because they don’t do any good. However, that message is not likely to be heeded. The National (UAE) and Al Manar (Lebanon-Hezbollah)