I worked in retail throughout my time in college and am a veteran of multiple Black Fridays. I do not envy those who worked today or had to spend time away from their friends and families yesterday on Thanksgiving. Retail warriors, you have my undying respect. 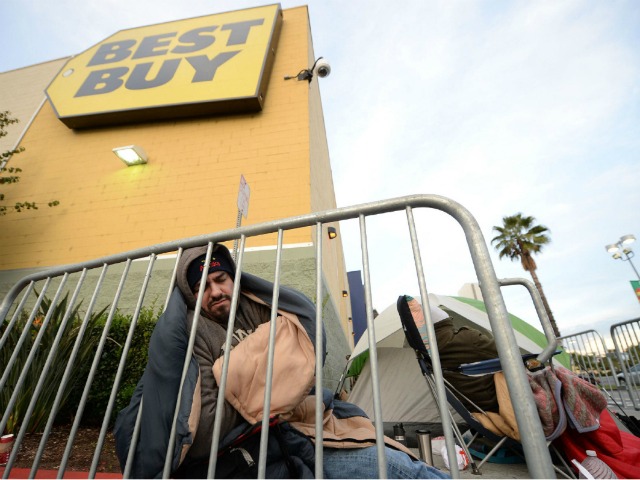 A shopper grabs some shuteye camped outside a Best Buy before the evening sales kick off. (AFP) 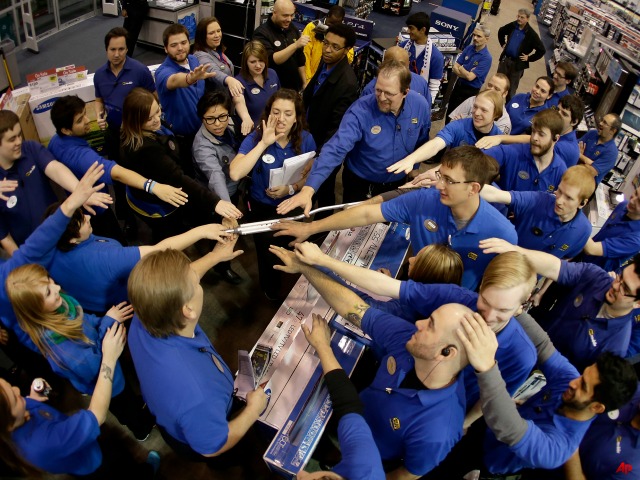 Best Buy employees pump themselves up in the moments before the crowds outside are unleashed on the store. (AP) 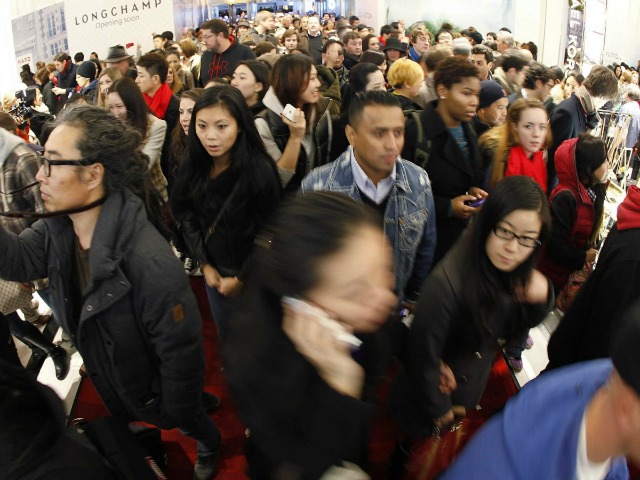 Shoppers steam inside as the doors are opened at an area mall. (Reuters) 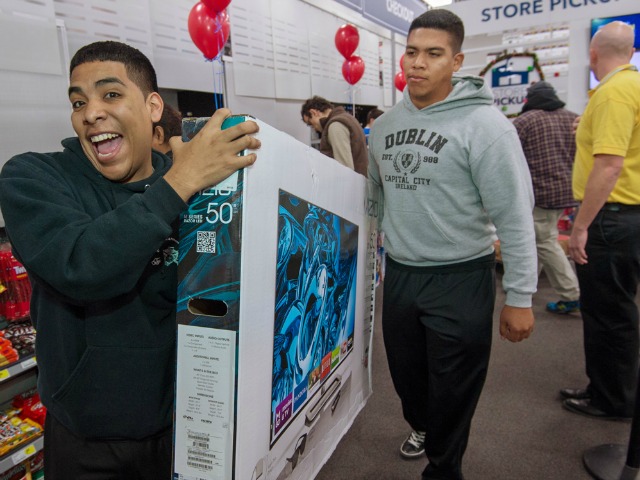 One of these shoppers looks much more exuberant about successfully fighting the crowds to secure this TV than the other. (AFP) 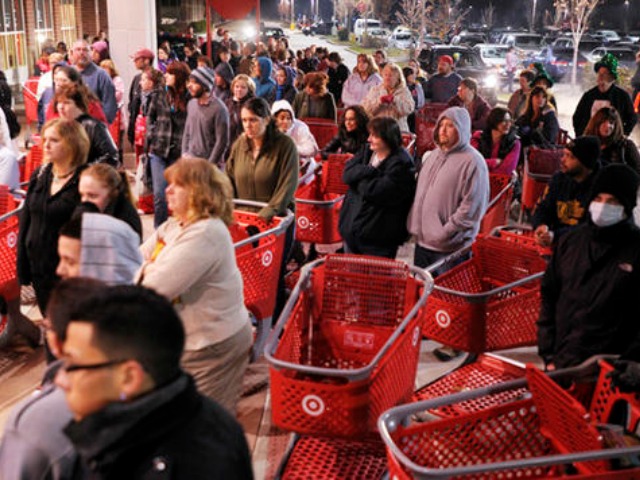 Carts at the ready, surgical masks on in the midst of flu season. (AP)

Hold them back… (AFP) 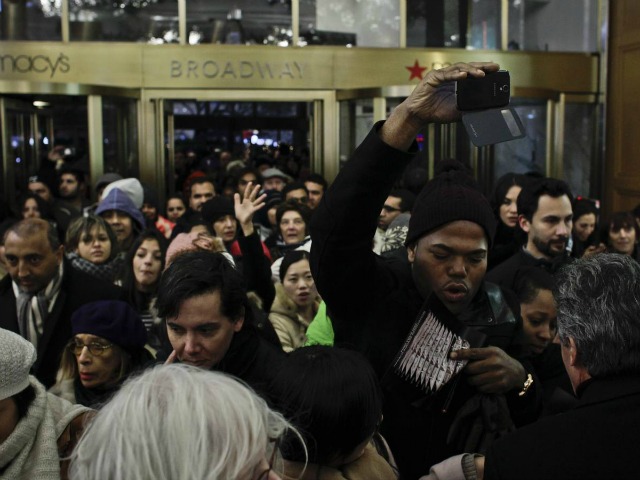 … every man for himself! (AFP) 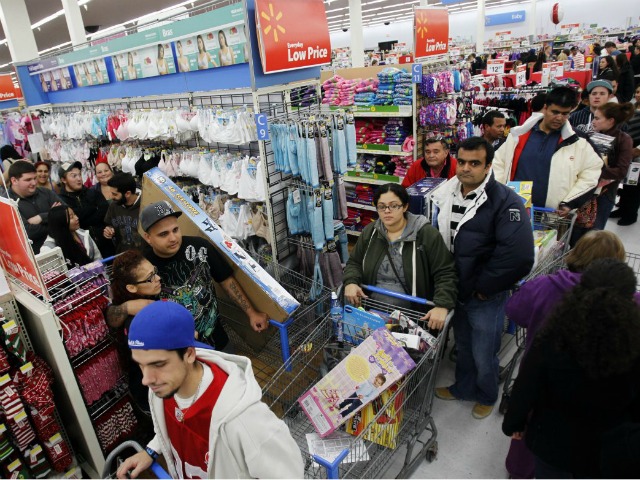 Shoppers avoid eye contact as a Walmart traffic jam threatens to get out of control. (Reuters) 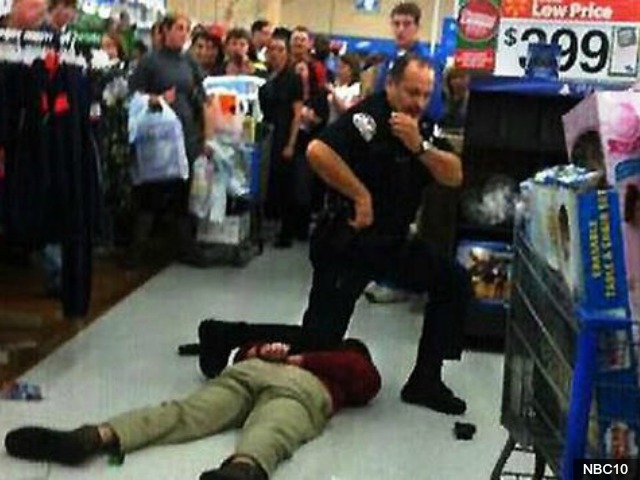 An officer calls for backup after arresting a man who started a fight with other shoppers in a Walmart. (Credit: NBC10) 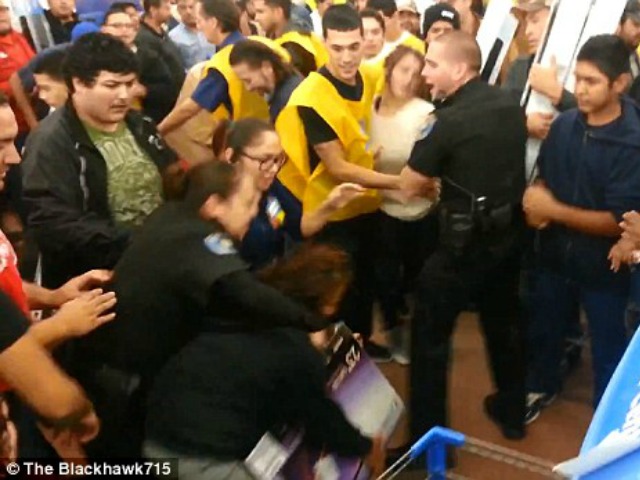 Police break up a fight as one of the perpetrators is taken down to the floor. (Credit: The Blackhawk715/Youtube) 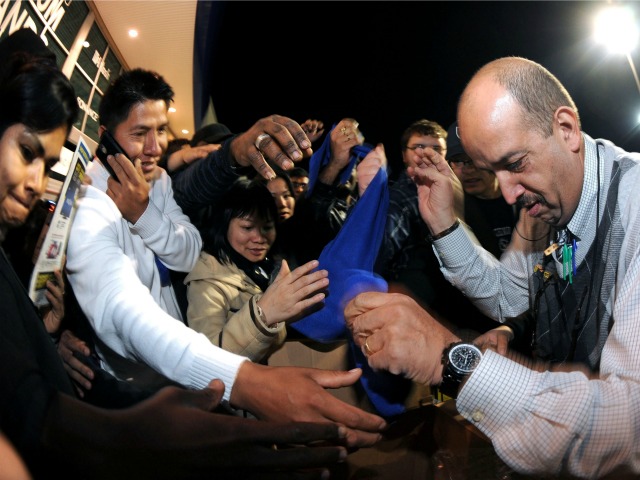 A store associate tries to make sense of the madness as shoppers swarm him. (AP) 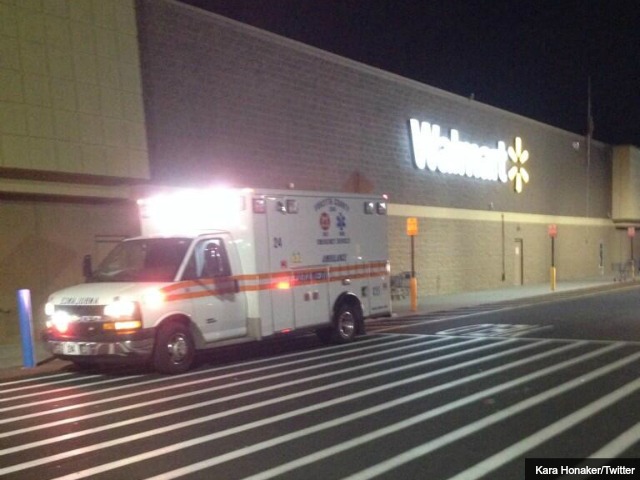 Unfortunately, this is an increasingly-common end result of the chaos. (Credit: Kara Honaker/Twitter) 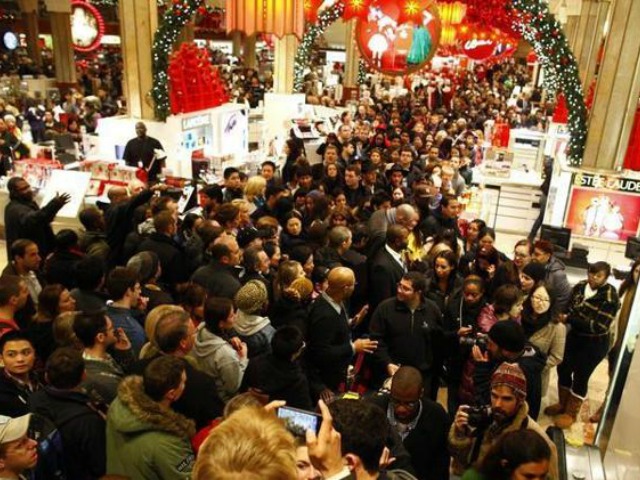 Shoppers scramble to grab deals as the holiday shopping season kicks off. (Reuters)

A woman fills her cart to capacity at a Toys “R” Us. (Reuters) 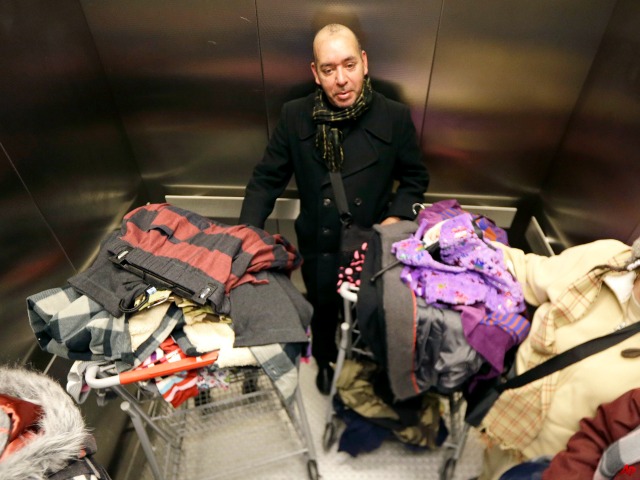 A shopper takes refuge for a brief moment in an elevator surrounded by his purchases. (AP)

A homeless man sits outside a mall as shoppers pass him by. (Reuters)