The Lafayette, Louisiana, Grand Theatre–site of the tragic July 23 attack in which a gunman killed two, wounded at least seven others, then took his own life–is a gun free zone.

The movie theater chain does not even allow law-abiding citizens with concealed carry permits to carry for self-defense.

According to the “Conduct Policy” for all Grand Theatre locations, the “possession of firearms or weapons of any kind” are completely banned and the ban applies regardless of whether the firearm or weapon is carried “openly or concealed, with or without a permit.” 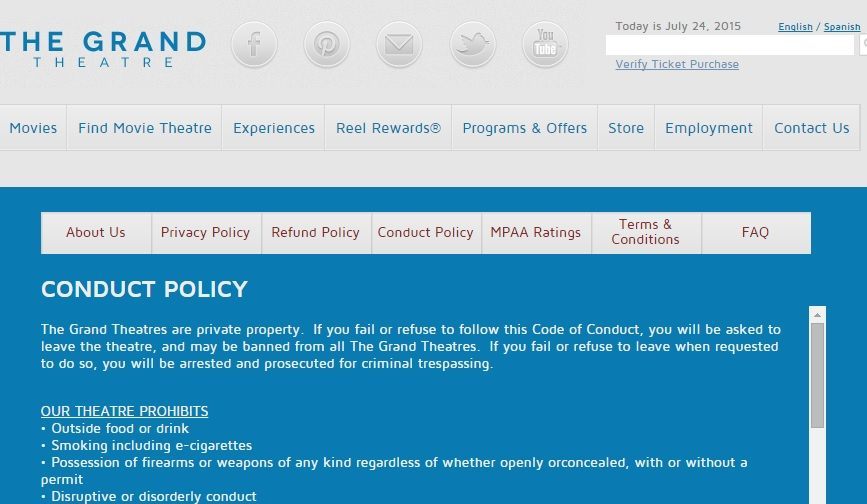 One thing we know even now, just hours after the tragic shooting took place, is that the gunman did not adhere to the Conduct Policy. He ignored the gun ban, he ignored the bans on violence, intimidation, and physically threatening behavior, and he ignored the rules against “unlawful conduct.”

Just like so many attacks before–from Nidal Hasan’s 2009 Fort Hood attack to James Holmes’ 2012 Aurora theater to the 2013 attack on the DC Navy Yard–gun free zones put law-abiding citizens at a disadvantage because law-abiding citizens are the only ones who obey them. People with criminal intent are not phased by “No Guns Allowed” signs or a Conduct Policy that says no firearms can be brought into the theater.