ROSEBURG, Oregon — As helicopters whirred overhead, bringing President Obama to the southern Oregon community that was the scene of a mass casualty shooting last week at a community college, hundreds of protesters gathered below to voice their objections to the president’s visit.

As Breitbart News has been reporting all week, many residents of Roseburg had strong feelings about the president using the UCC shooting to promote his pro-gun control agenda, and many of those residents turned out in force mid-morning on a Friday. The protesters began arriving at 8 AM and by 12:33 PM cars were still arriving. 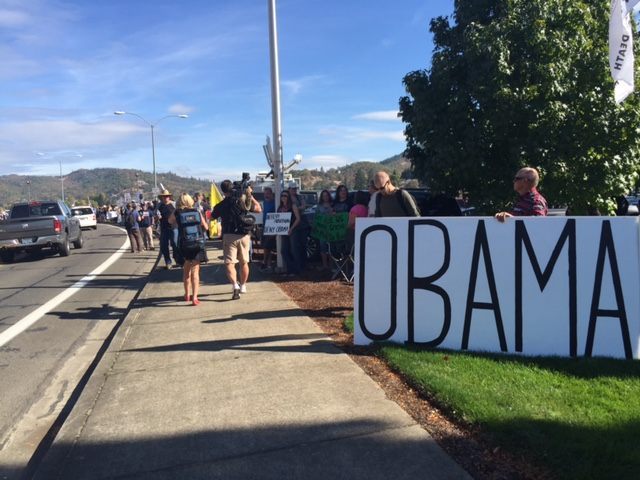 “Obama Unwelcome” and “Go Golf” were among the signs the protesters carried. Many of the anti-Obama crowd brought American and Gadsen flags to the event and a handful of people were openly carrying firearms.

One protester held a sign saying that President Obama should be in Chicago rather than Roseburg. “He needs to be in Chicago, in his own hometown and his own home state,” the woman told Breitbart News. “This is where there is a gun problem; we don’t have one here.”

There were two pro-Obama protesters present who said they supported the President. 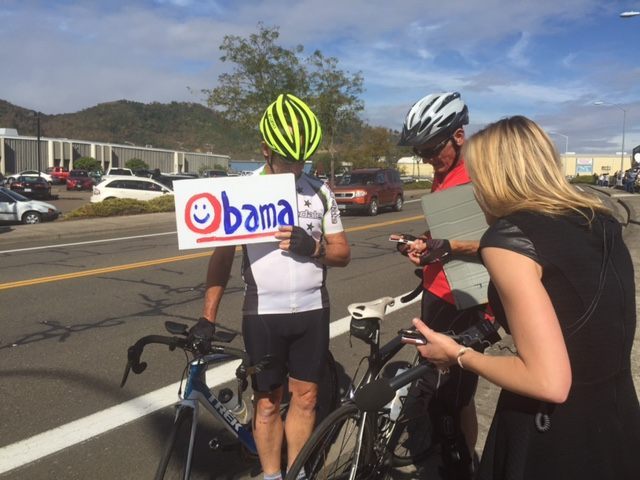