Texas Governor Greg Abbott has sent a letter demanding that a tasteless nativity from a nontheistic foundation be removed immediately from the Texas Capitol building.

Governor Abbott pinned the letter to John Sneed, the Executive Director of the State Preservation Board that charges that a Freedom From Religion Foundation nativity is a “juvenile parody [that] violates the Preservation Board’s regulations and should be removed immediately.”

A copy of the letter was exclusively provided to Breitbart Texas and is attached below.

Update:  Breitbart Texas spoke with Texas State Representative Charlie Geren (R-River Oaks) who said he called John Sneed, the Executive Director of the State Preservation Board and told him to take the nativity scene down today. He said the Governor wanted the nativity scene from the foundation removed. Geren, a member of the State Preservation Board, told Breitbart Texas that Sneed said the “nativity” scene will be removed from the Capitol today.

The exhibit, located in the basement of the state’s Capitol, has the bill of rights in a manager instead of a baby Jesus. It also has three founding fathers and the Statue of Liberty “worshiping one of America’s founding documents as a replacement for Jesus Christ,” wrote the Texas Governor. 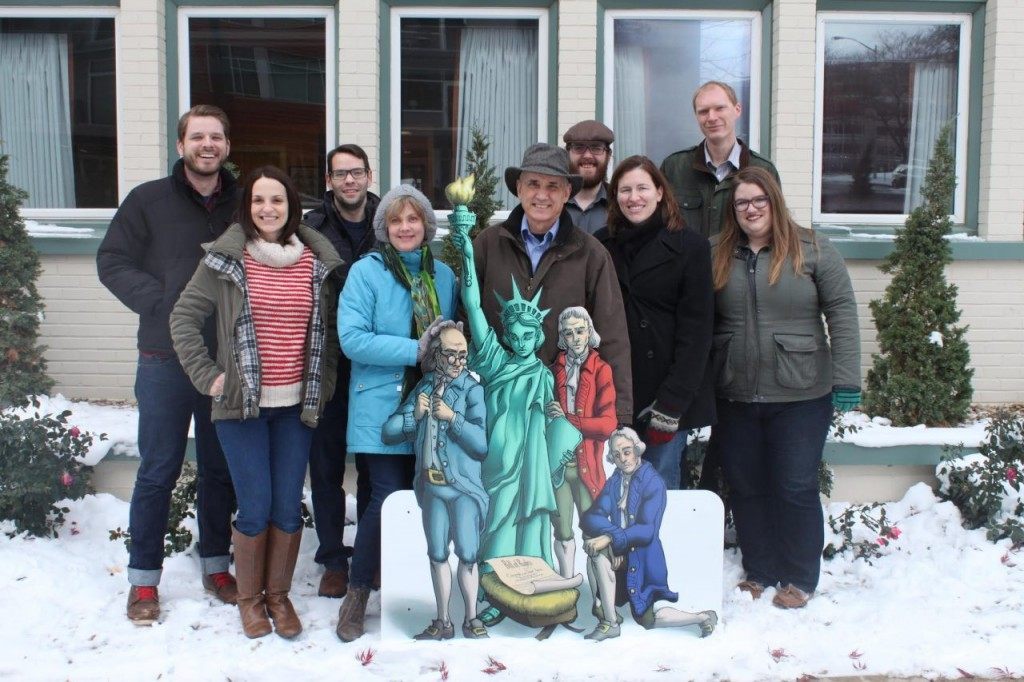 Abbott continues in his letter, “Christians and Christianity. The Biblical scene of the newly born Jesus Christ lying in a manger in Bethlehem lies at the very heart of the Christian faith. Subjecting an image held sacred by millions of Texans to the Foundation’s tasteless sarcasm does nothing to promote morals and the general welfare.”

The Governor adds, “To the contrary, the Foundation’s spiteful message is intentionally designed to belittle and offend, which undermines rather than promotes any public purpose a display promoting the bill of rights might otherwise have had.”

The Texas Governor states that the Board should allow diverse viewpoints to be expressed in Capitol displays, “But it has no obligation to approve displays that purposefully mock the sincere religious beliefs of others.”

As reported by Breitbart Texas, the Freedom From Religion Foundation had threatened a lawsuit over the display of the national motto “In God We Trust” on patrol cars in Childress, Texas. The Office of the Texas Attorney General issued an opinion saying the national motto could be displayed on law enforcement division patrol vehicles.

Lana Shadwick is a writer and legal analyst for Breitbart Texas. She has served as an associate judge and prosecutor. Follow her on Twitter @LanaShadwick2.

Note: This article has been updated with a statement from State Representative Charlie Geren.