Clinton’s crowd was just a fraction of what her opponent Republican presidential nominee Donald Trump had drawn two nights earlier eight miles to the east at the MidFlorida Credit Union Amphitheatre. 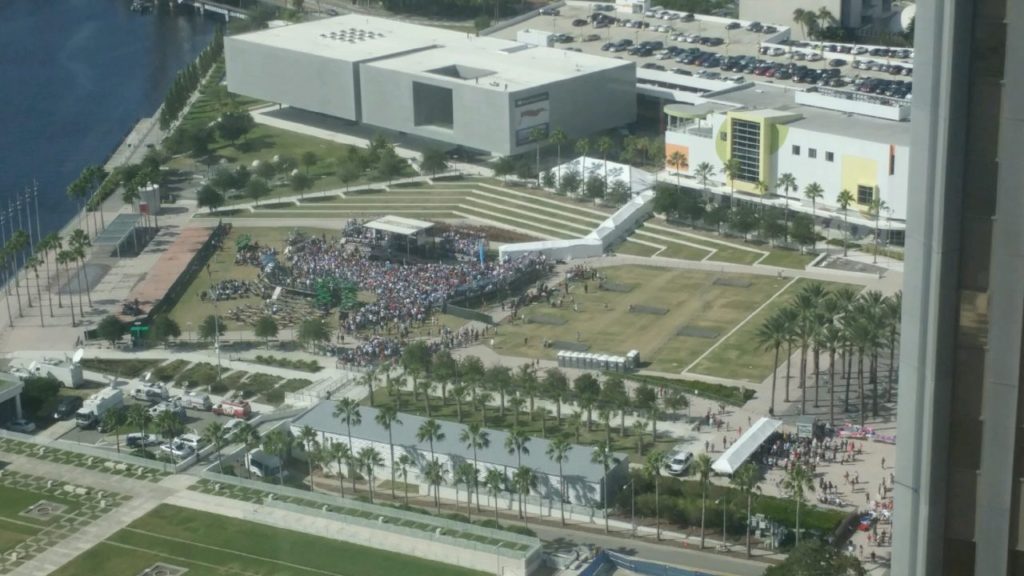 Both candidates have been active in the Sunshine State in the waning moments of the presidential cycle. On Wednesday, Trump wrapped up a five-stop Florida swing in Tallahassee. The Tampa stop was the last of three for Clinton.

Things, however, appear to be trending slightly in Trump’s way in the Florida. Earlier in the day, Bloomberg released a poll showing Trump having taken a lead by two points, which was still in the polls margin of error but different from the other statewide polls that show Clinton with the edge.

Both candidates eye Hillsborough County, FL as key not just to winning Florida, but to winning the White House. Hillsborough County — the home of Tampa — has gone in the previous four presidential elections, so has the presidency, with it going for George W. Bush in 2000 and 2004 and for Barack Obama in 2008 and 2012.

At her rally Wednesday, Clinton took a few shots at her opponent Republican presidential nominee Donald Trump, arguing that if she could last three debates for a total of four-and-a-half hours, then she had the stamina it takes to be president.

She also continued to warn against Trump’s wait-and-see approach to accepting the results of the election come election night as she had in previous appearances. 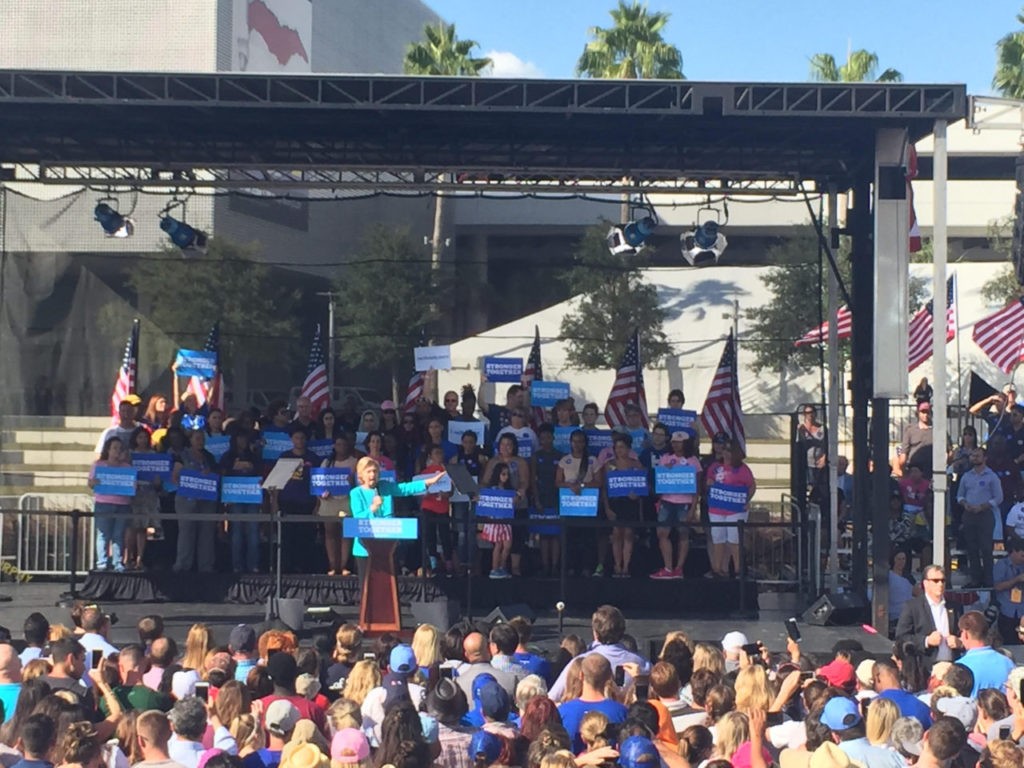 After encouraging rallygoers to early vote, she touted her support from Republicans in Florida and suggested that support was meant to be a show of a rejection of “hate and division.”

“I am proud to have support from Republicans and independents here across Florida and across America who agree with me that we should reject hate and division,” Clinton said. “We have seen Donald Trump insult nearly every person in America. And I just find that so intolerable because look at this diverse crowd. Look at Tampa. It’s a cosmopolitan city. Florida is paving the way for what our country will look like and we need to be lifting each other up, listening to each other, respecting each other – not sowing seeds of hatred and bigotry.

However, she also acknowledged the work she has cut out ahead of her to reunited country after a divisive election should she emerge victorious.

“I think one of my biggest jobs after this election will be bringing our country together and I’m going to need your help,” she continued. “We’re going to get the economy working for everybody, not just people at the top with new jobs and infrastructure. That rail system Bob that you want — we are going to get it because it would help you so much. Think of the people we would put to work. Technology, innovation, research, advanced manufacturing. And yes, small business. I want to be the best small business president you could have to help people start and grow their businesses.”

Although the crowd was not particularly boisterous, it did show some enthusiasm, like when Clinton made overtures on the topics climate change, a “fairer” economy that included hikes in the minimum wage and equal pay for women, and closing tax loopholes created for “millionaires and billionaires.” 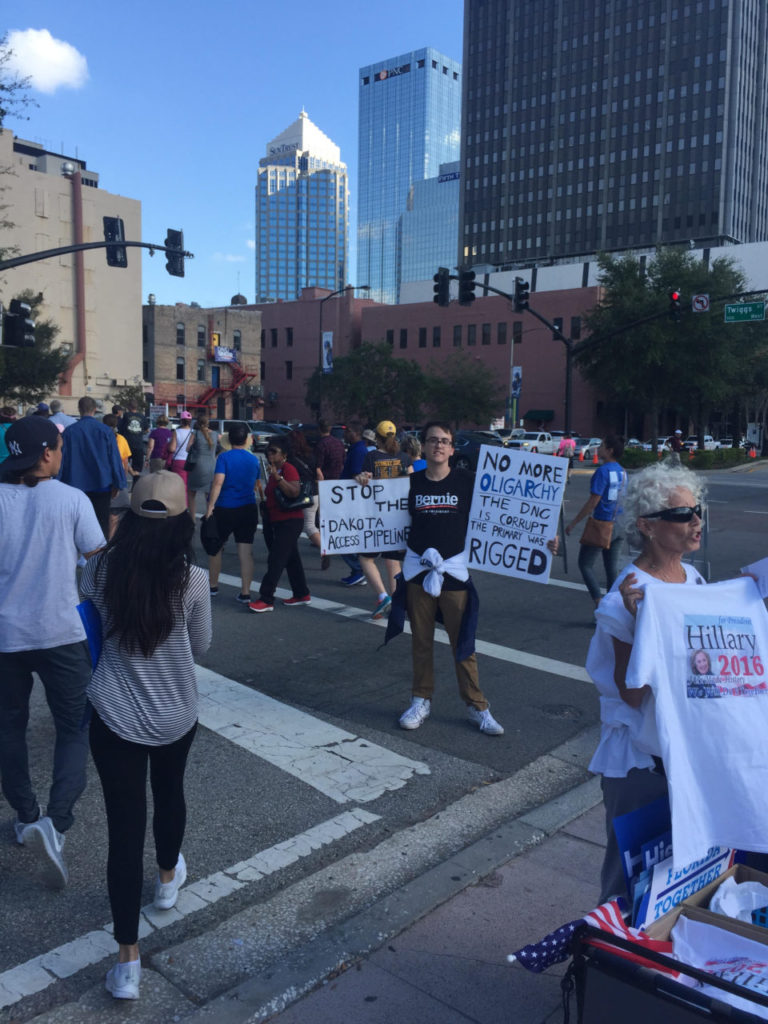 “We’re going to close the loopholes and make sure no multimillionaire ever pays a lower tax rate than a nurse or a teacher or a police officer or a firefighter,” she declared. “And I will not raise taxes on anyone making less than $250,000 a year. So when you go to the polls, vote to grow the economy. More jobs with rising incomes. Vote to make the economy fairer.”