CLEARWATER, Florida — Shortly after Republican vice presidential nominee Gov. Mike Pence began speaking to over a thousand people at a Halloween evening airport rally for the Trump-Pence ticket in Clearwater, Florida, every light in the place went out and Pence was left without power to his microphone. 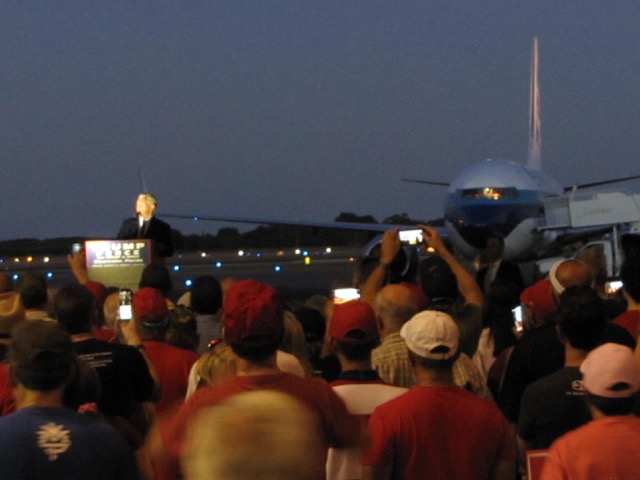 The crowd that had boomed out cheers became chanting “USA, USA, USA!” For several minutes, the lights remained out and it wasn’t long before someone brought Pence a megaphone and he continued his speech. The sound did not carry terribly far, but people listened and reacted as if they could hear him speak. Eventually dim lights began to come up and a flashlight was aimed at the podium.

The rally was momentarily interrupted when a U.S. Coast Guard plane rolled by. Pence seized the opportunity to turn attention to it and ask the crowd to applaud for the Coast Guard.

Pence handed out candy to some kids at the end of the Halloween evening rally.

Republican VP @mike_pence hands out candy to the kids at Trump-Pence rally in #Florida a night full of surprises #lightsout #onward #MAGA pic.twitter.com/hYwFquCJ1T

It wasn’t the first surprise in the campaign as of late. Last Thursday the plane carrying Pence, his family, staff, U.S. Secret Service, press, and airplane staff skidded off the runway at LaGuardia airport. Emergency services was quick to evacuate the plane and everyone was unharmed. 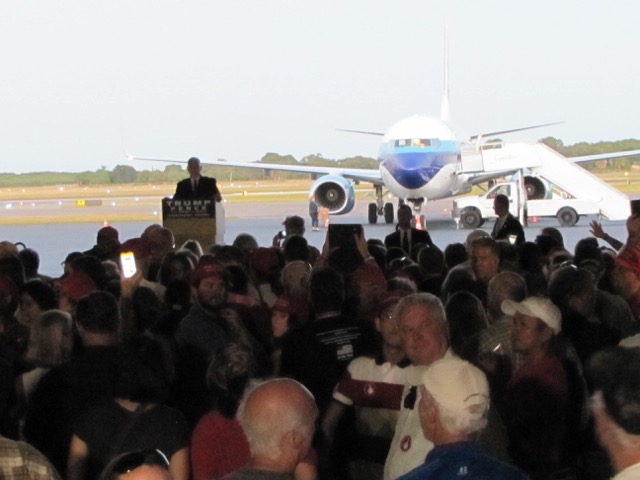