I received this harrowing email from the daughter of an elderly Florida woman who was choked with a dog leash by a “refugee.”

She was walking her dog and an unleashed dog approached with a young lady and man standing nearby. The dogs greeted each other and my mother began speaking to the young lady. Within a couple of minutes, the man said to the lady, “Let’s go.” Since she did not immediately do so, he repeated that. My mother said goodbye, turned away, took about two steps, and then had a metal dog choke collar around her neck. The man threw her to the ground, knelt over her and was strangling her, yelling she was evil and he was going to kill her. The girl was screaming at him, telling him that he was going to kill my mother and go to jail.

After some time, my mother was starting to feel herself losing consciousness. Her dog ran off. His dog chased my mother’s dog. This distracted the man and he let go of my mother and went after the dogs. After some time, my mother decided to make a run for it to run home. She didn’t know she was running in the same direction as him. He was attacking the dog. When he saw her come in his direction, he ran toward her and started attacking her again. He took her by the neck, slamming her into the ground. He went from strangling her with his hands to punching her repeatedly in the face while sitting on her. She was fighting back. He started biting her in the face and neck while trying to strangle her.

A neighbor pulled up and came running; she was hitting him and trying to get him off. An older male neighbor came running; he tried as well, to no avail. Thankfully, there were deputies across the pond who heard the screams for help. They came running. They had to tase him two or three times before he was able to be subdued. After he was being secured, his two brothers came running and attacked the sheriff’s deputies, injuring the hand of one of them, and, I was told, also trying to strangle him.

He was arrested and charged with attempted murder, simple battery and two counts of battery on health care workers. He was taken to jail, and then was bonded out along with his brothers the following morning. His bond amount was in the neighborhood of $3000-$3500. Come to find out he was renting a room two doors down from my mother, and his mother lives in here as well. He was seen near the scene of the crime last night. There is no No Contact order, as he was not seen by a judge, as he was bonded out on Good Friday.

They have reported it on the news. Each news station came out. All of the news stations were at my mom’s house that next afternoon. WFLA, ABC, NBC, etc.

On one of the first news reports it was mentioned that he was a refugee. Then they edited that out later. But it is true: the attacker is a refugee from Albania. He and his family came over in 2005. I spoke to Michael with ABC Action News and specifically asked why were they not mentioning the fact he was refugee. He said he addressed this question with his bosses and that they said it was a “slippery slope.” He was going to bring it up to them again, as he knew they were continuing the story.

The prosecutor filed a motion to request that Emanuel be taken back into custody, as he is a danger to the community. His first choice was to keep him in jail throughout; if that did not work, he was going to ask that his bail be raised and wear a monitor. Emanuel was served on Tuesday evening (he was seen in my mom’s complex on Tuesday as well). Thursday at court he did not show up; his two brothers were there with a lawyer, Roger Futerman. I was told he was a very good lawyer. His lawyer said his brother took him to the hospital to have him baker-acted. His brother said that he threatened suicide. The prosecutor does not believe it, and said it was convenient timing.

I am in desperate fear for my mother’s life. I cannot believe this man is walking and is free. I have been researching, and his family has been involved in many crimes, including drug trafficking.

Law enforcement officials could be doing to this poor woman what they did to the five-year-old who was raped by Muslim migrants in Idaho: they seem to be more concerned with making sure that no one thinks ill of migrants and refugees, non-Muslim in this case as well as Muslim, than with securing justice for the victim. And who posted this monster’s bond? We need answers. This woman deserves justice, and the American people deserve not to be victimized by any more of these feral “refugees.”

Updated: Photos of the victim from the family, shared with permission 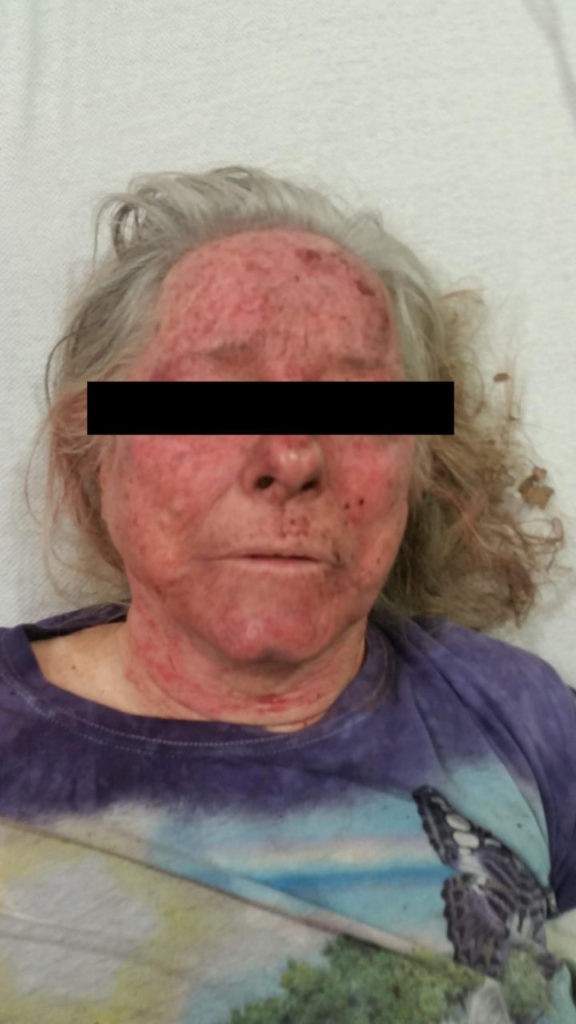 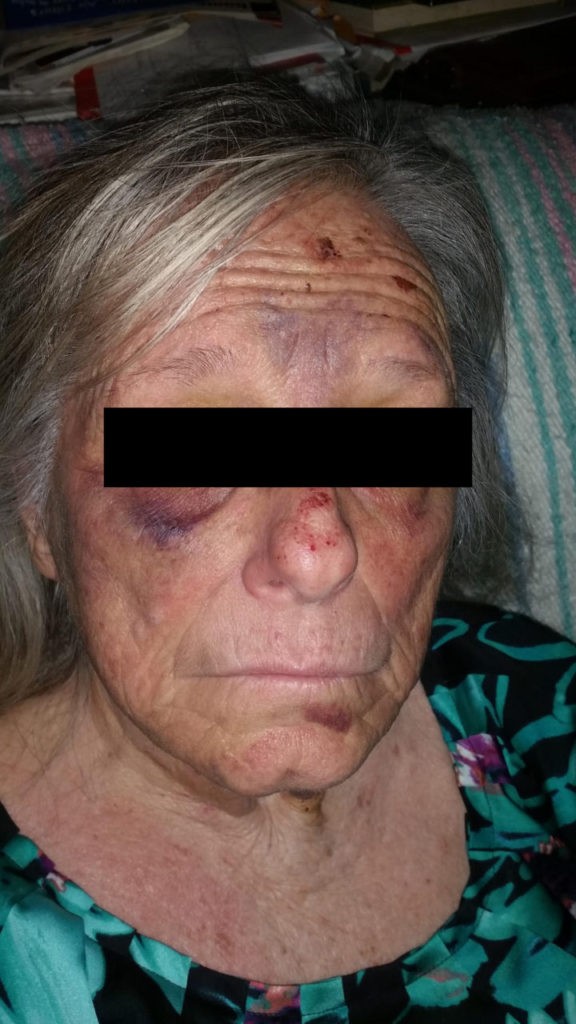