First lady Melania Trump stopped at Joint Base Elmendorf-Richardson in Anchorage, Alaska to visit children in a pre-school during a refueling stop on her trip back to Washington, D.C. on Friday. 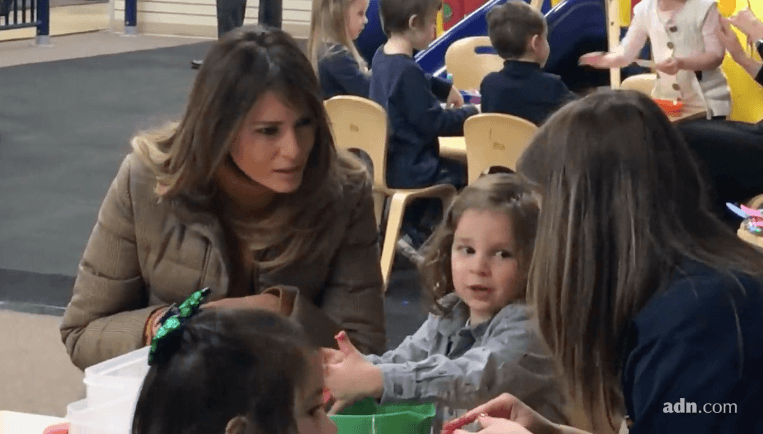 A security-screened crowd packed into Arctic Oasis Community Center, which serves the base as a family gym, indoor playground, hair salon, arcade and more. Trump arrived with a traveling team that included step son-in-law Jared Kushner on an Air Force jet from Beijing on their way back to Washington, D.C., after touring Asia with President Donald Trump.

The first lady spent less than an hour at a preplanned event to celebrate families of active-duty members that included arts and crafts, stories and games. It occurred on the observed holiday for Veterans Day, which falls on Saturday this year.

People held their phones over their heads and crushed up against barricades to document the moment. Some were trying for good shots of their children, handpicked to show the first lady activities including making rainbows in jars and creating decorative fish from plastic jewels, CDs and glitter.

The first lady’s visit was to highlight educational opportunities at the base in preschool, child care, and after-school programs. 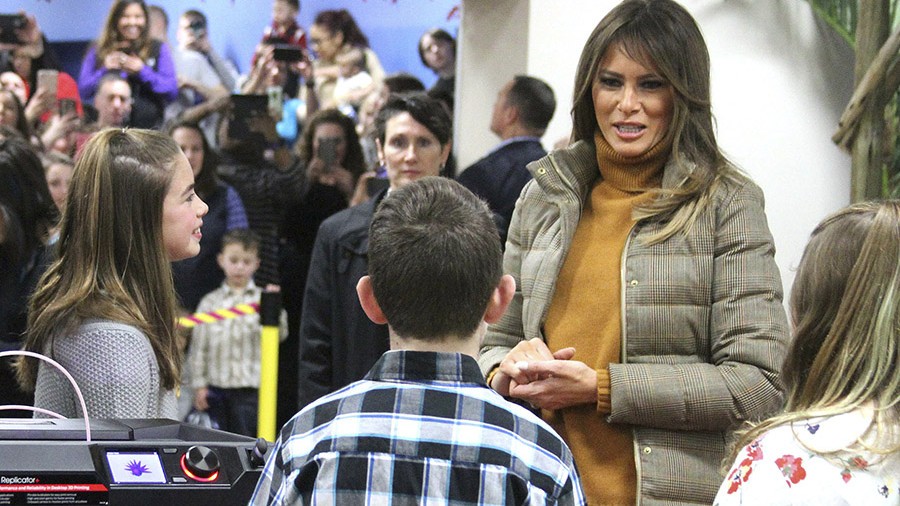 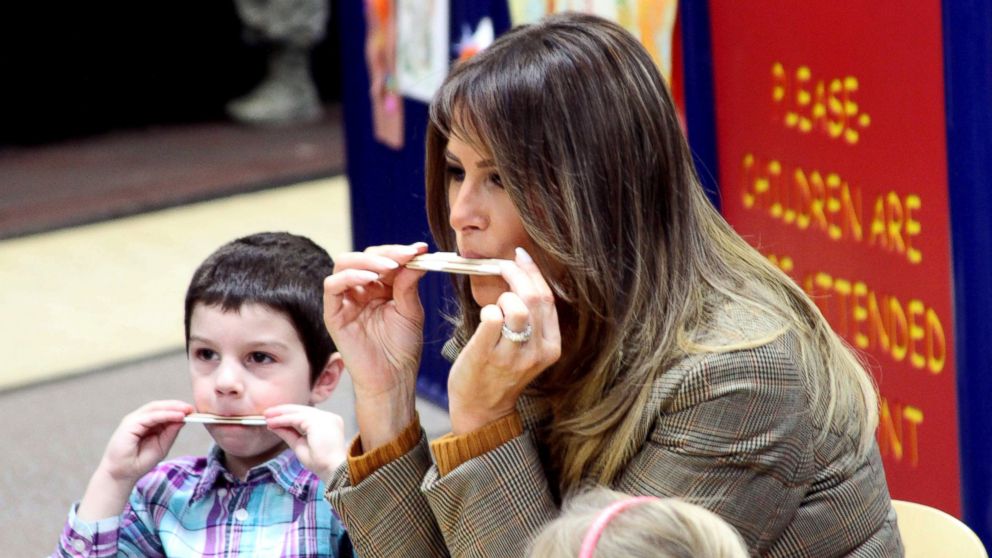