The scare about global warming is overdone, according to more than 40 scientific papers published in just the first three months of 2018.

What their charts clearly show is that “nothing climatically unusual is happening.”

In the chart below from a study by Polovodova et al, we see that 20th century warming is perfectly normal in a long-term historical context. It was no warmer – indeed, is slightly cooler – than either the Roman Warm Period or the Medieval Warming Period. 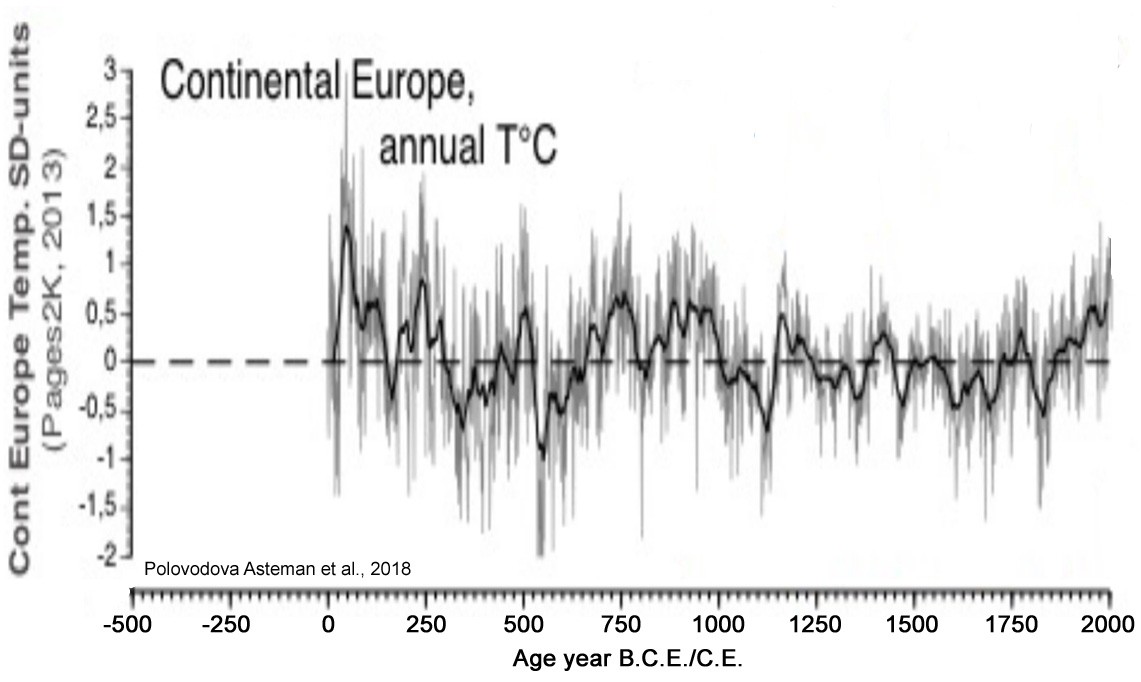 What we also learn from the papers is that these warming periods were global – not, as alarmists like to claim to support their scaremongering thesis, local:

A number of strident global warming scientists prefer to dismiss the significance of Europe’s temperature record, claiming that it is local in nature and does not tell us what is really happening globally. However, other papers fully contradict this. For example, a paper by Wündsch et al., 2018 shows us that the warming today in South Africa also is nothing unusual.

In further bad news for climate alarmists, it seems that two of their favorite bellwethers of global warming doom – Greenland and the South Pole, are cooling not warming.

Here’s Greenland, from a study by Mikkelsen et al.

This puts Greenland’s recent warm spell in its historical context: over 150 years it wasn’t unusual. Temperatures now are cooler than they were in the 1930s. 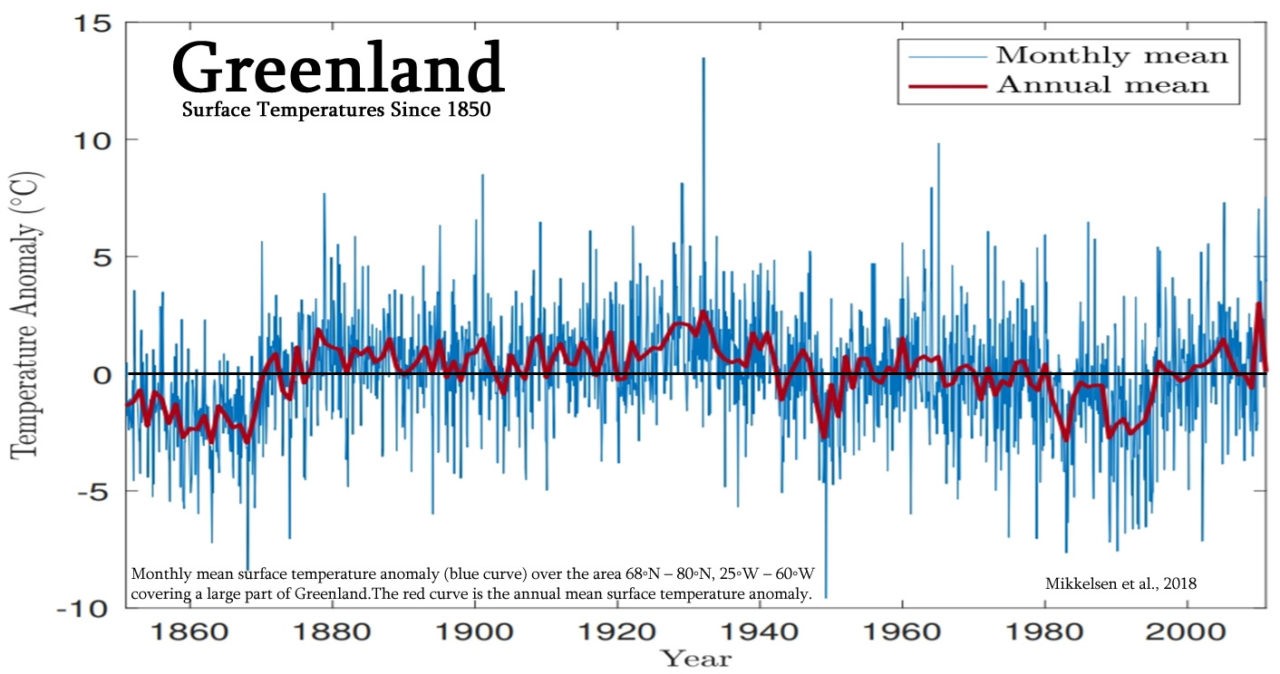 A separate study confirms that Greenland is on a cooling trend:

Furthermore, much to the surprise of global warming scientists, Greenland temperatures have again been falling since 2000. Westergaard-Nielsen et al., 2018examined the most recent and detailed trends based on MODIS (2001–2015) and concluded that if there is any general trend for Greenland it is “mostly cooling”.

As is the South Pole:

At the other end of the planet at the South Pole, new findings by Cerrone and Fusco, 2018 confirm the large increase in the southern hemisphere sea ice and suggest it “arises from the impact of climate modes and their long-term trends”.

They write that the results indicate a progressive cooling has affected the year-to-year climate of the sub-Antarctic since the 1990s and that the SIC [sea ice concentration] shows upward annual, spring, and summer trends.