Sen. Bernie Sanders did not appear to enjoy President Donald Trump’s condemnation of socialism in his State of the Union speech on Tuesday.

The president noted that socialist ideas were springing up in America and vowed to keep them out of the country.

“America was founded on liberty and independence — not government coercion, domination, and control,” Trump said. “We are born free, and we will stay free. Tonight, we renew our resolve that America will never be a socialist country.”

The cameras immediately focused on Sander, who responded with an angry look. 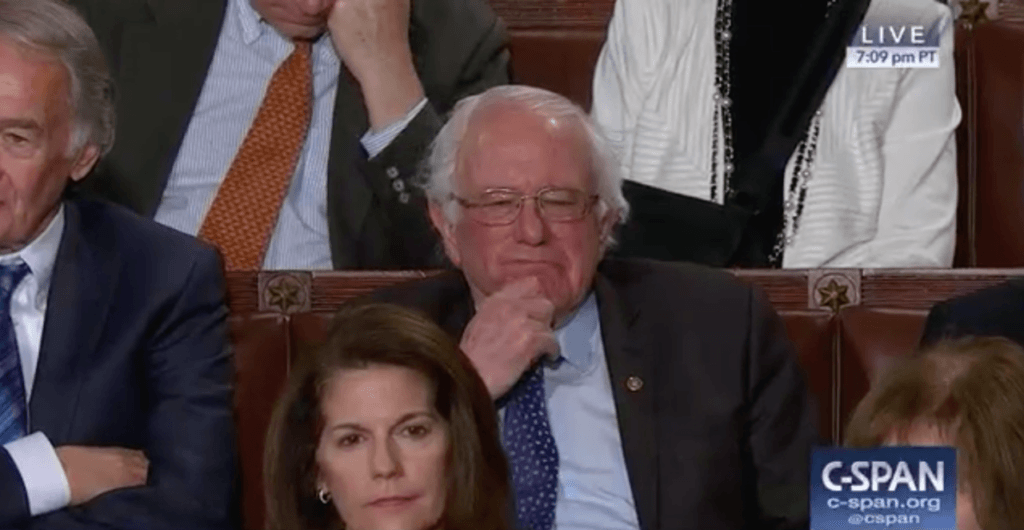