“I’m pleased and honored to be able to help out in this relatively modest way,” Rubenstein said from the steps of the memorial on Tuesday afternoon, according to WAMU.

While Thomas Jefferson is not without some things that we can question today, clearly he did some great things for our country, including being the author of the Declaration of Independence, creating the University of Virginia, and as president, he bought the land that we call the Louisiana Purchase, which doubled the size of our country.

On Wednesday, the National Park Foundation said in a press release that the donation “will dramatically improve the visitor experience at the Jefferson Memorial.” 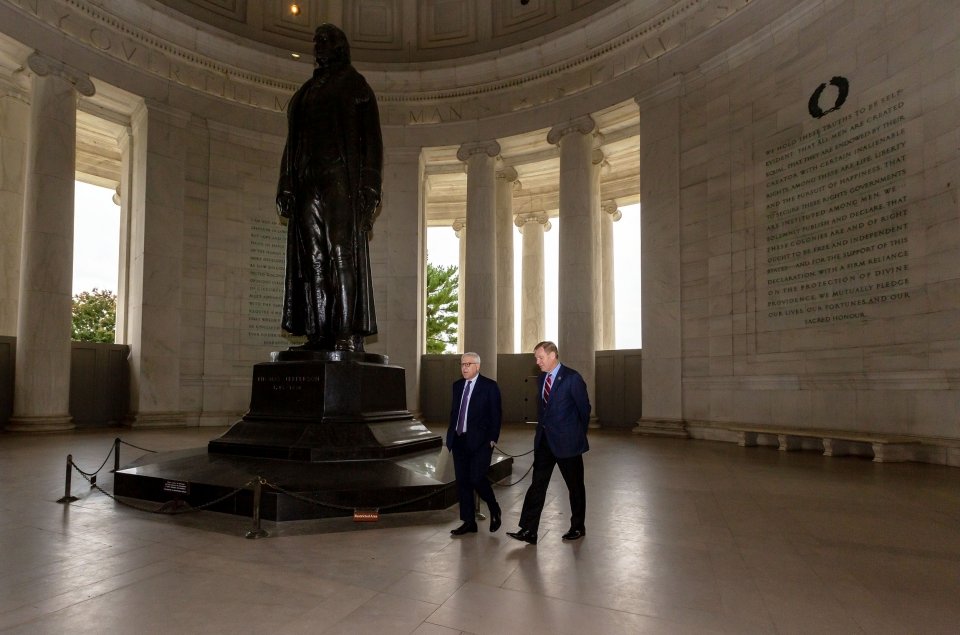 The gift will fund a completely new and expanded state-of-the-art museum in the memorial, incorporating new designs with tactile and auditory elements and providing more perspectives as it shares Jefferson’s multi-faceted story. In addition, new exhibits will be designed with universal accessibility in mind.

Right now, the Park Service is performing an $8.75 million reconstruction project on the memorial to repair the internal roofing and remove a black biofilm consisting of fungi, algae, and bacteria, which started growing on the marble dome in 2010.

“It’s in desperate need of refreshing,” said Jeff Reinbold, who is the superintendent of the National Mall and Memorial Parks for the National Park Service.

The American people are direct beneficiaries of David Rubenstein’s many acts of patriotic philanthropy. At the Jefferson Memorial, Mr. Rubenstein’s generous gift and patriotism will, once again, shine a light on the diverse stories of America’s past and demonstrate their continued relevance to our nation.

The memorial was built by architect John Russell Pope, whose work was influenced by Jefferson’s home of Monticello and the University of Virginia’s Rotunda. It was dedicated by President Franklin Delano Roosevelt on April 13, 1943.

Reinbold said he hopes the upgrades will be completed in time for the memorial’s 80th anniversary in 2023.