A crowd awash with pro-life signs and banners stretched from 12th Street past the Washington Monument on the National Mall on Friday for the 47th March for Life, an annual event that draws people from across the country to call for the overturning of Roe v. Wade, the 1973 U.S. Supreme Court decision that legalized abortion. 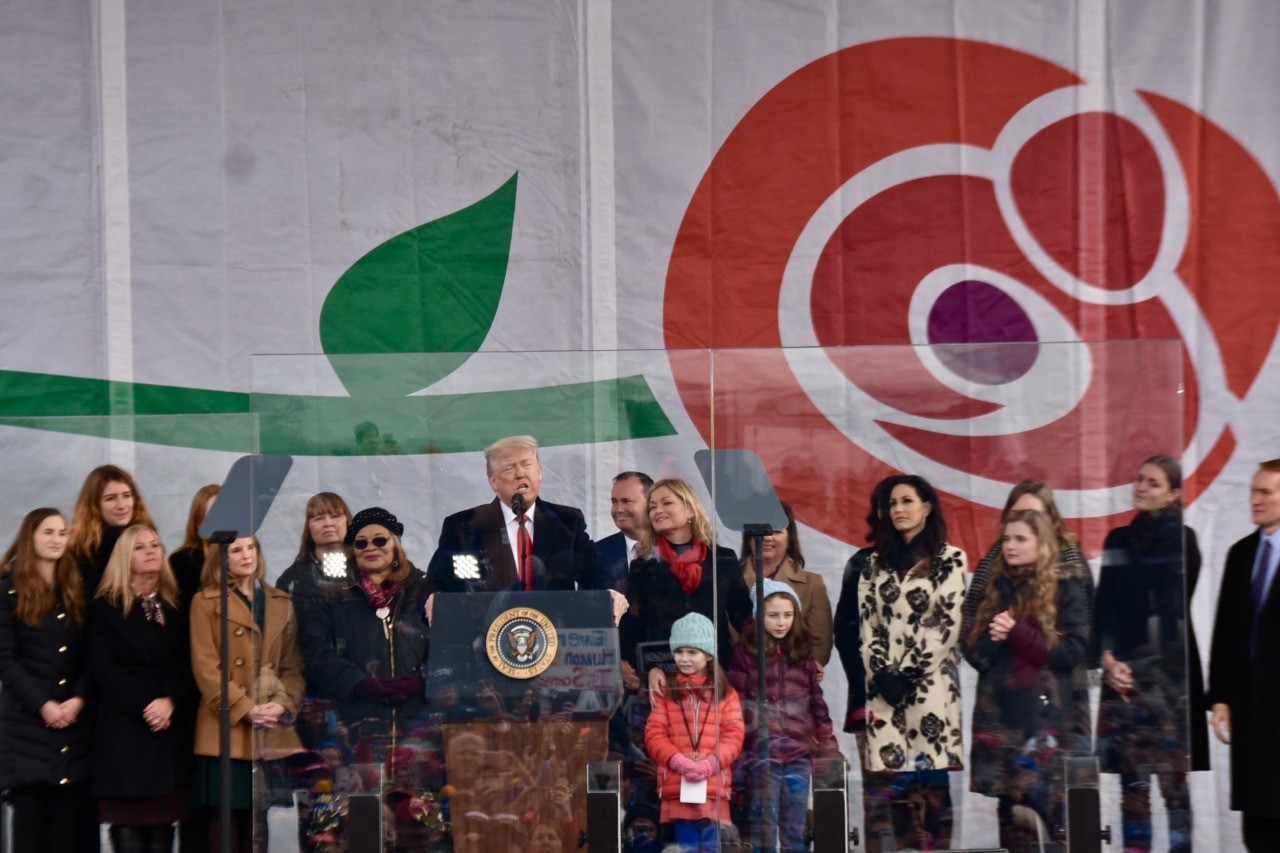 President Donald Trump became the first sitting president to speak at the march in person, saying the pro-life community has never had a “stronger defender” than him and that the left “are coming after me because I am fighting for you.” (Penny Starr/Breitbart News) 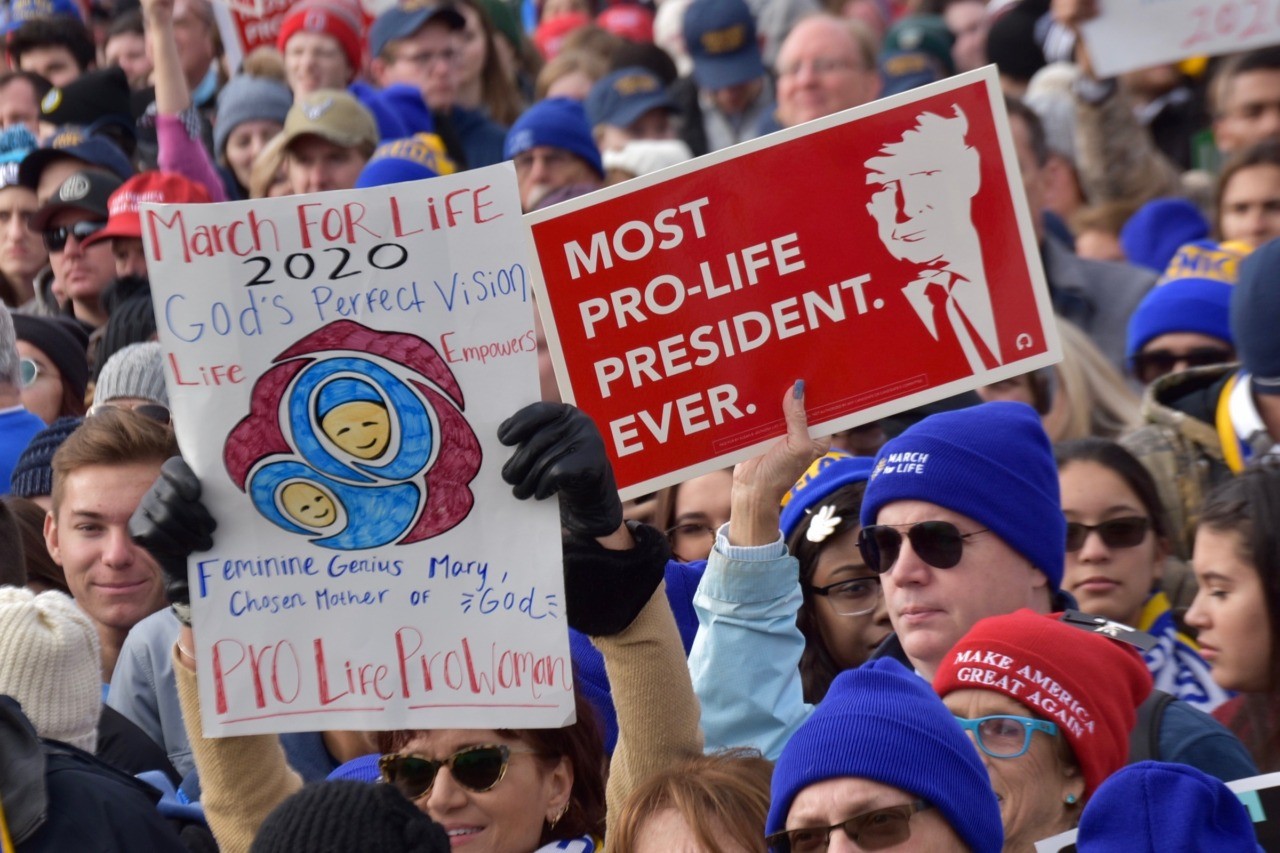 Pro-life supporters held up signs at the March for Life on the National Mall on Friday, including some supporting President Donald Trump. (Penny Starr/Breitbart News) 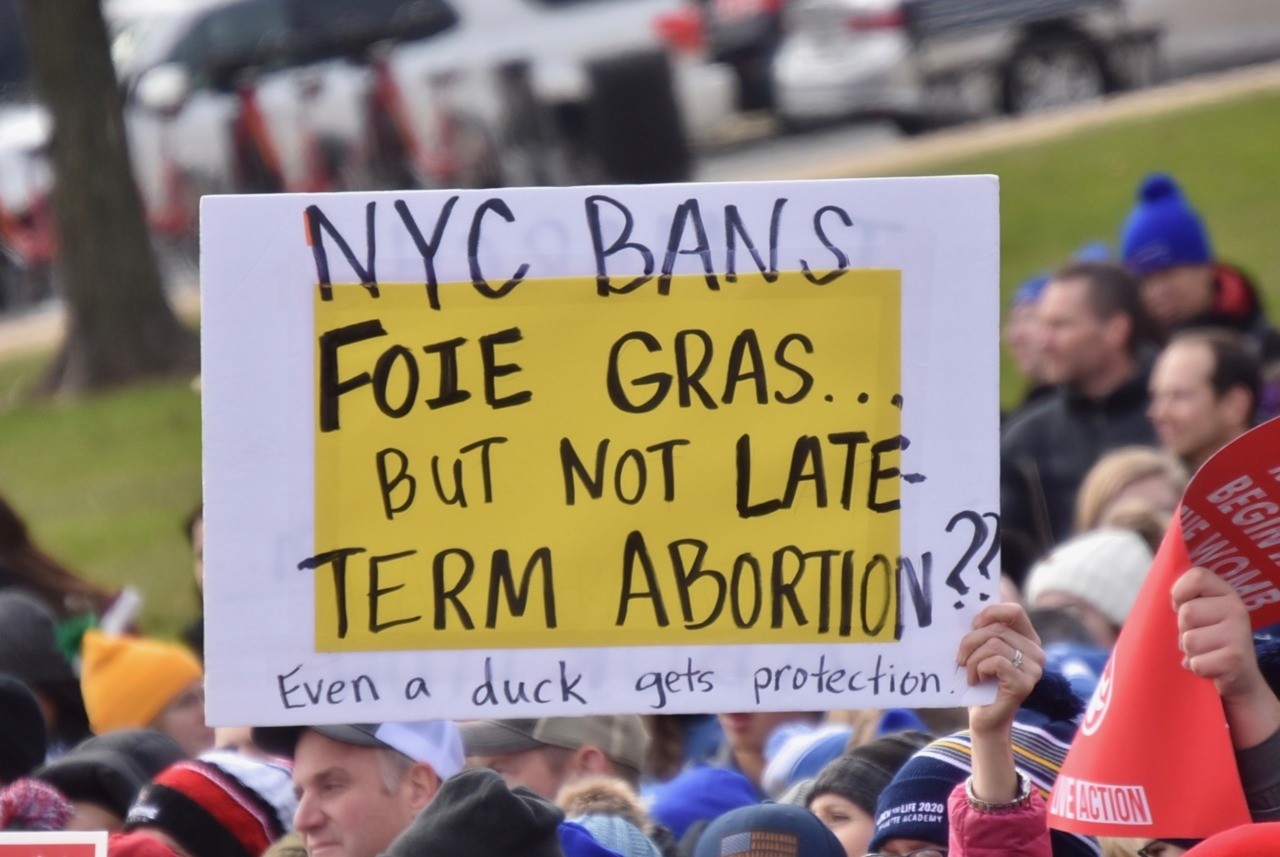 Many signs at the March for Life on Friday pointed out that animals have more rights than human beings. (Penny Starr/Breibart News) 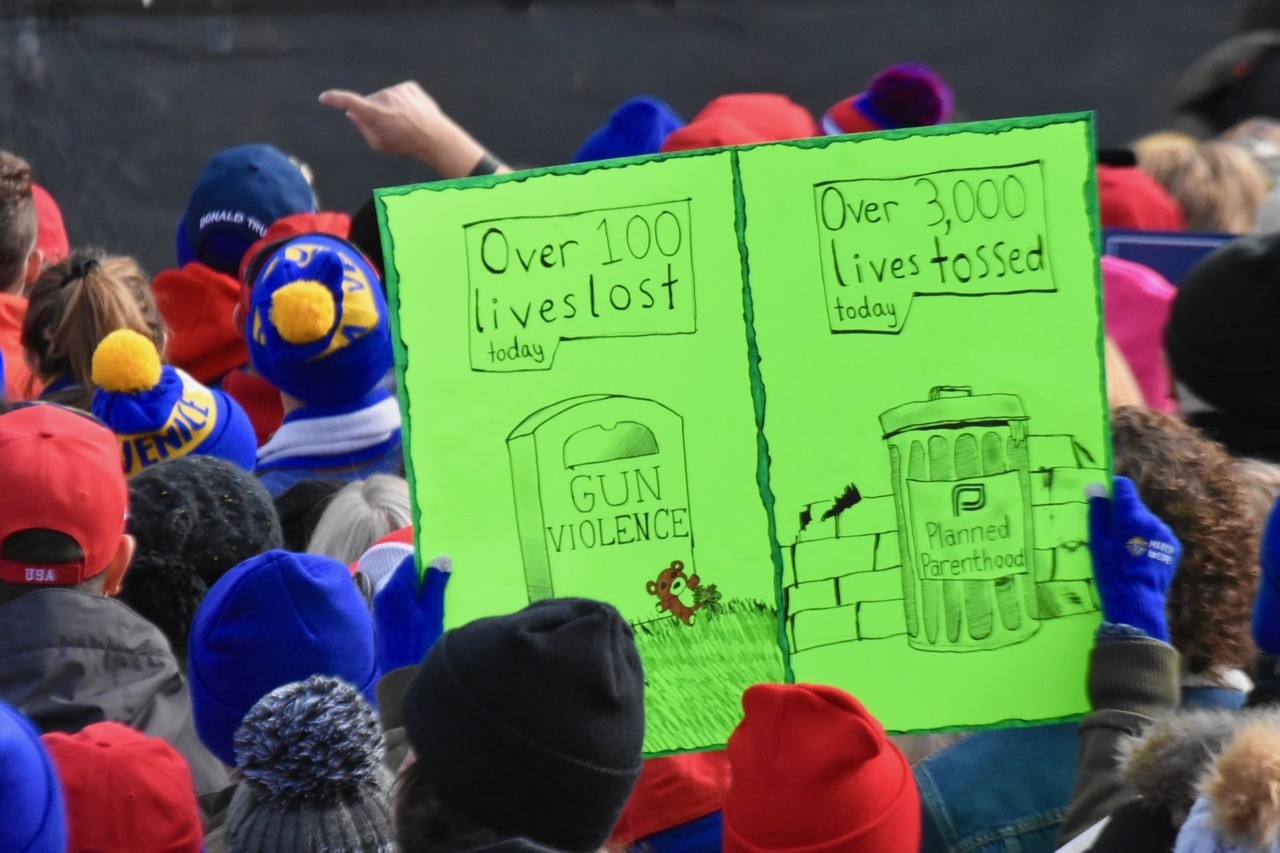 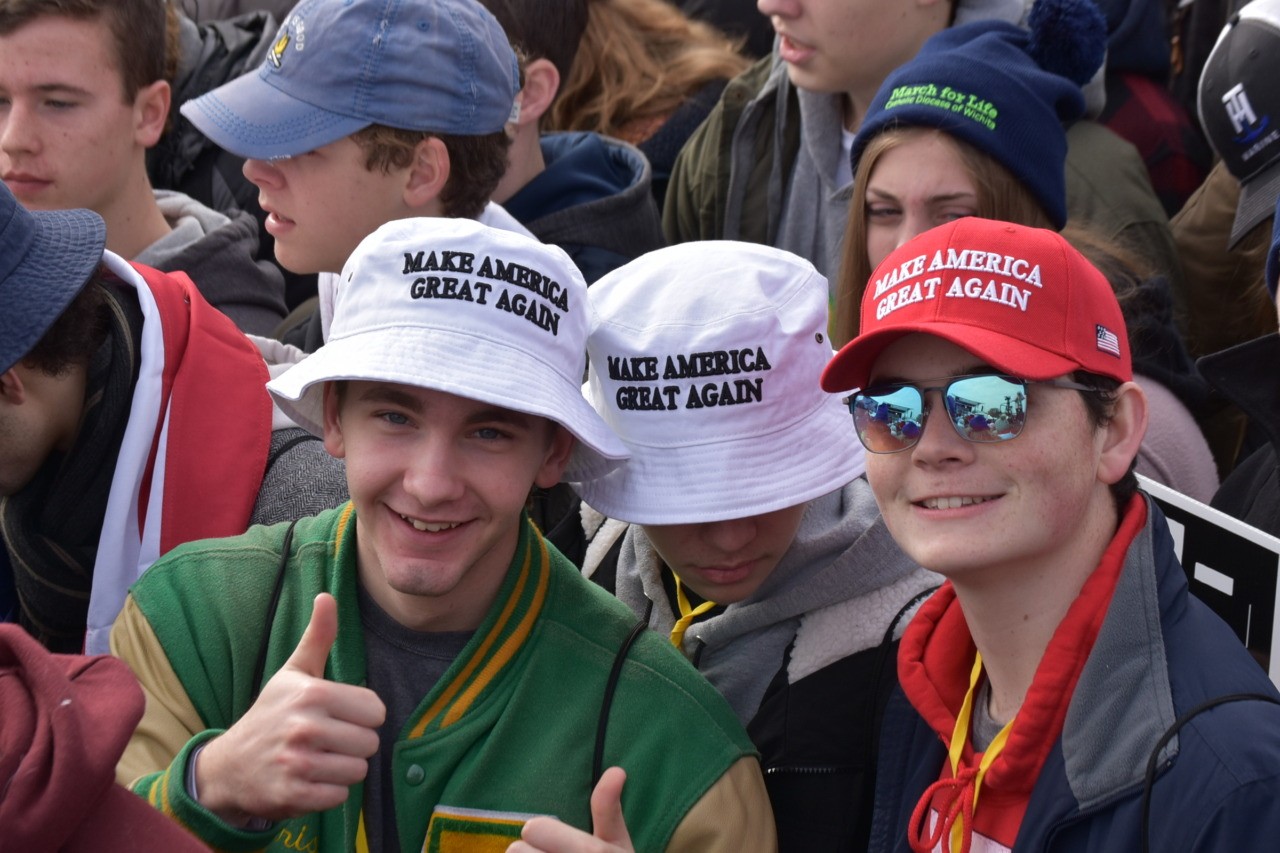 The massive crowd also was dotted with baseball caps and other hats emblazoned with “Trump 2020” and “Make America Great Again.” (Penny Starr/Breitbart News) 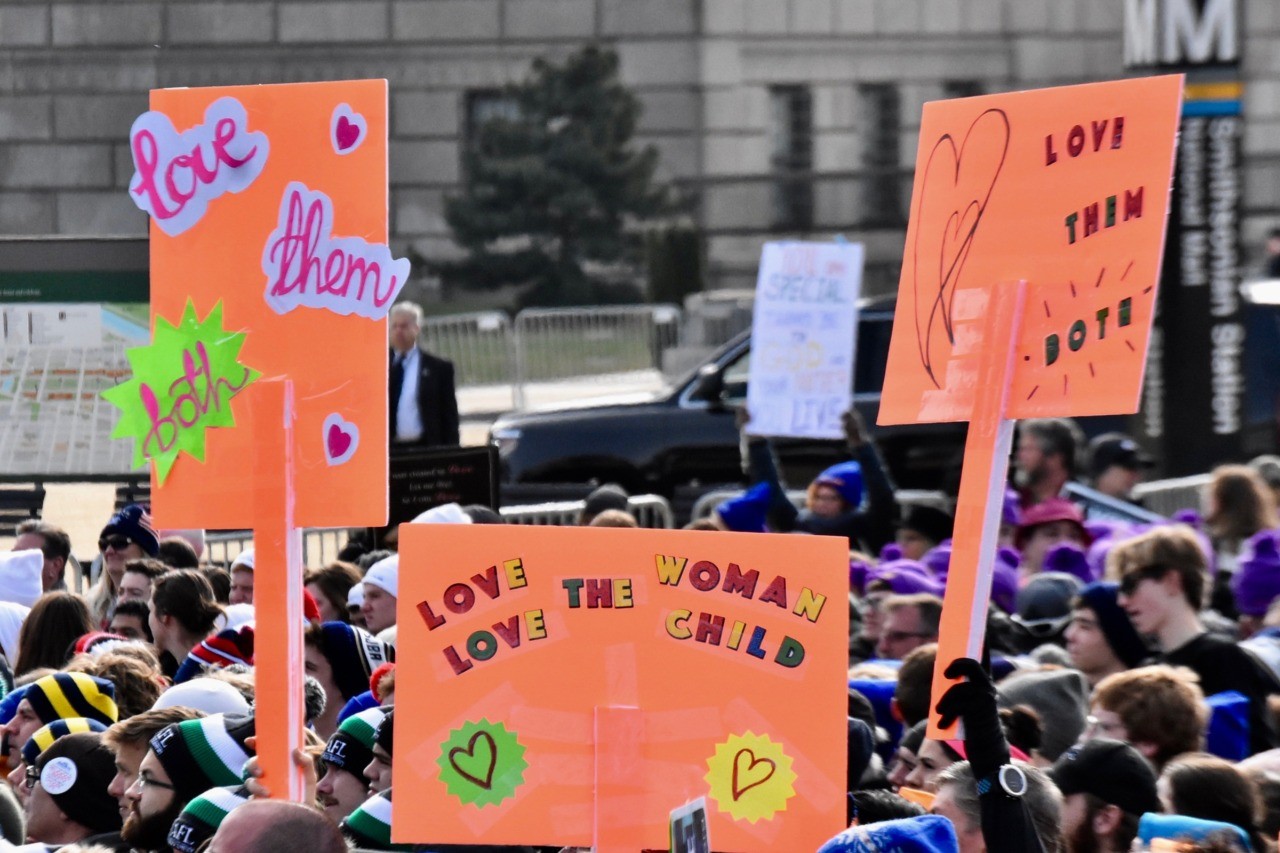 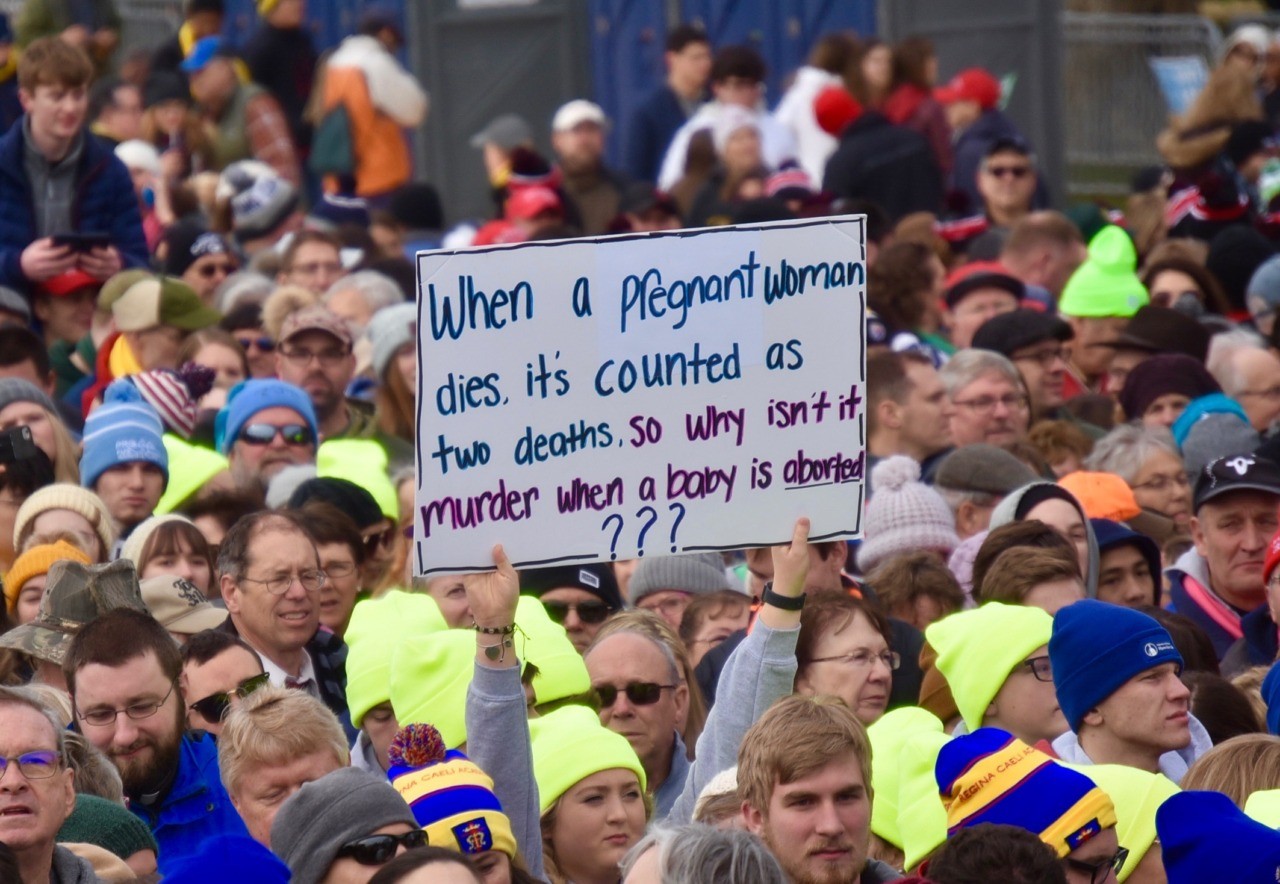 Following the rally, the marchers headed to the U.S. Supreme Court, where they hope justices will someday end federally-sanctioned abortion. 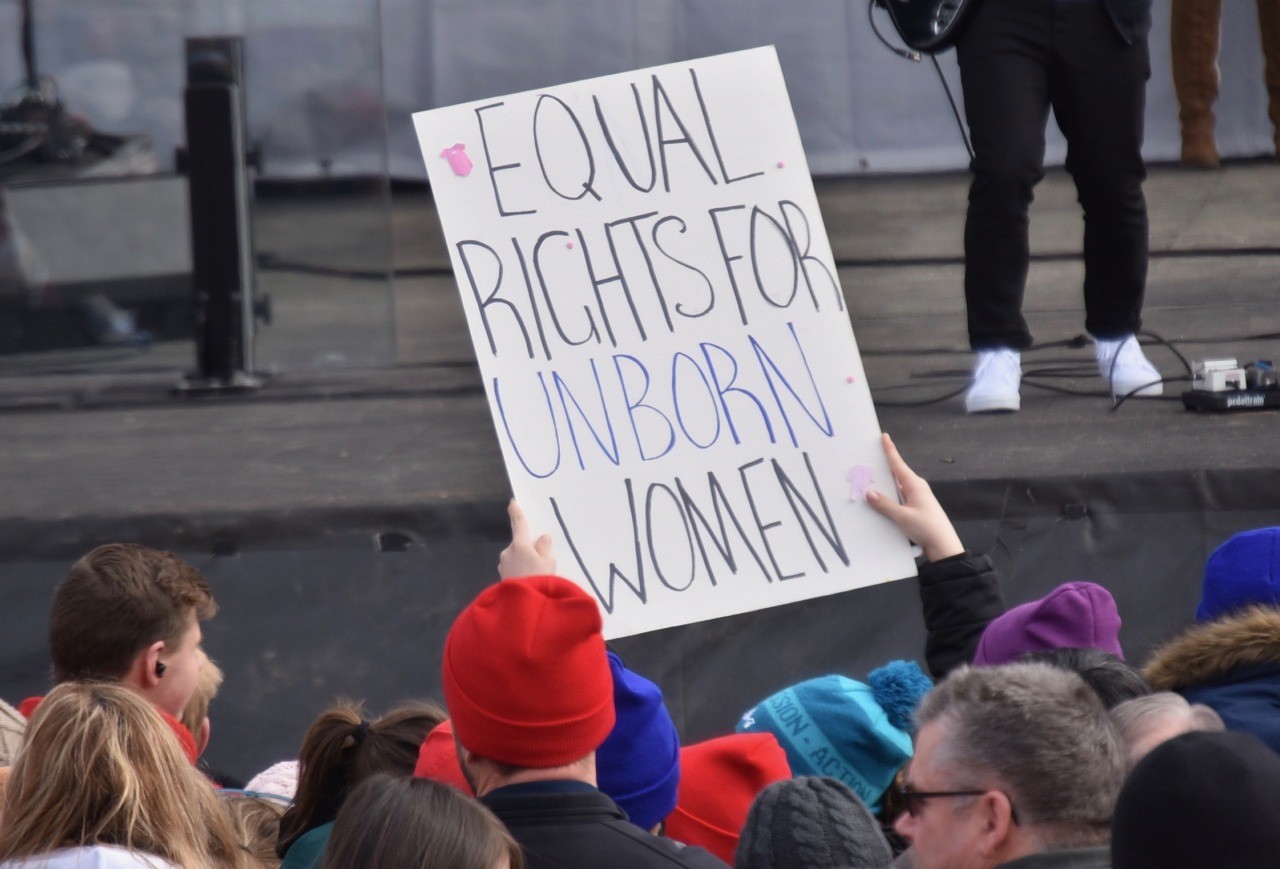 Marchers ranged in age from babies to octogenarians, and the event is always popular with students from religious schools that make the march an annual field trip.