A booming foreign-born population, spurred by six decades of record high legal immigration levels, is “expected to help Democrats” in their quest to defeat President Trump this November, Axios reports.

Kight notes that “growing and spreading immigration populations have helped shift the political landscape in recent years” and will now make up 1-in-10 voters in the 2020 presidential election — the highest level of foreign-born voters in the electorate since 1970.

“Not all immigrants vote alike, but growing foreign-born populations are expected to help Democrats amid President Trump’s anti-immigrant rhetoric and policies,” Kight reports.

Most notably, the data shows the rate at which large foreign-born populations are spilling into smaller cities and towns rather than remaining concentrated in big metropolises. In Miami-Dade County, Florida, foreign-born voters will make up about 48 percent of the electorate. 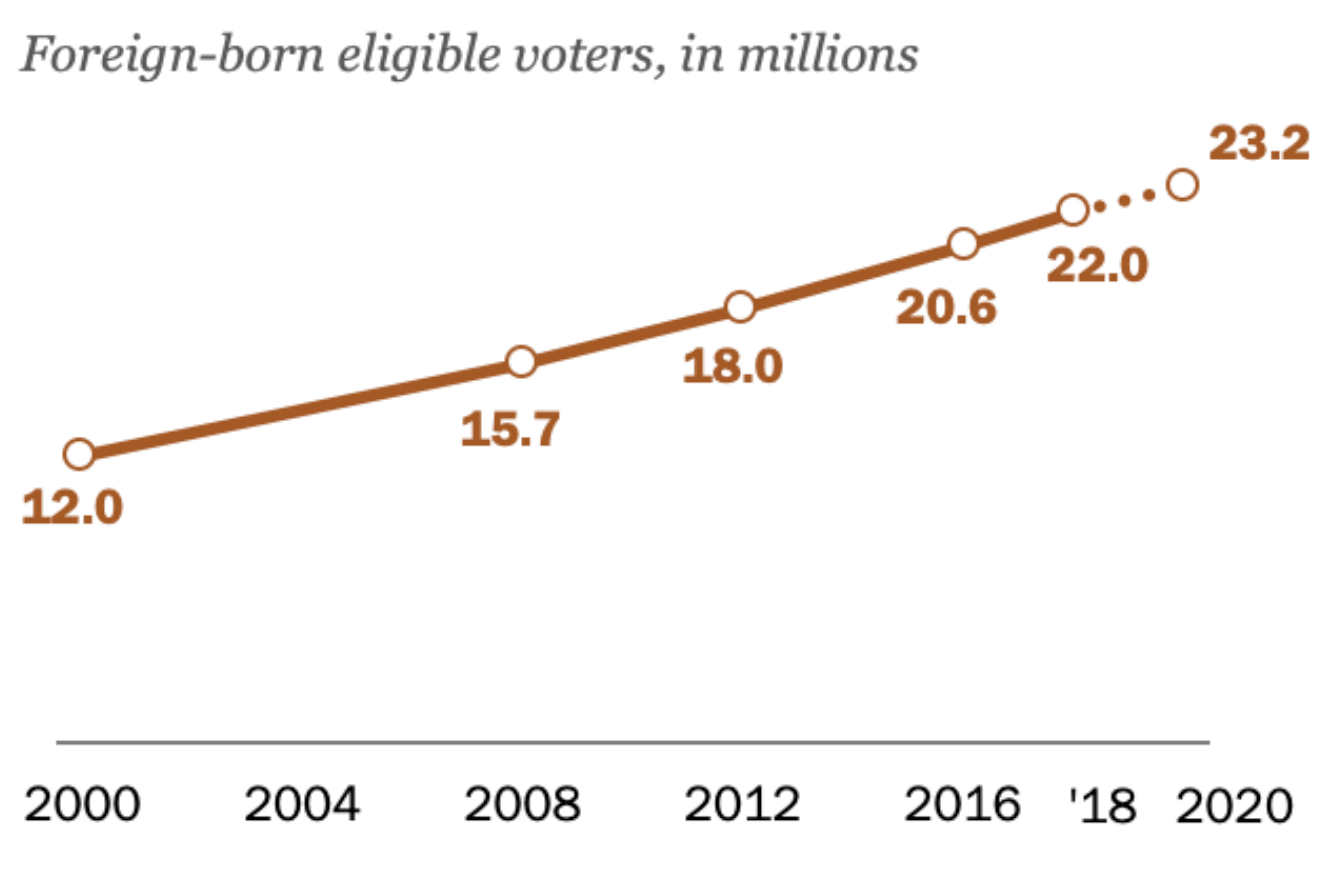 The share of the foreign-born population, research by The Atlantic‘s Ronald Brownstein has shown, has significant sway on how the county will vote in elections.

Brownstein’s analysis found that nearly 90 percent of House congressional districts with a foreign-born population above the national average are won by Democrats. This means every congressional district with a foreign-born population exceeding 14 percent has a 90 percent chance of electing Democrats and only a ten percent chance of electing a Republican.

The Washington Post, New York Times, Axios, the Los Angeles Times, and the Wall Street Journal have all acknowledged the trend. In a recent report by the New York Times, Democrat presidential candidate Joe Biden’s running mate, Sen. Kamala Harris (D-CA), was declared the “fact of America’s demographic shift” because of her Jamaican-Indian background.

“The single biggest threat to Republicans’ long-term viability is demographics,” Axios reported last year. “The numbers simply do not lie … there’s not a single demographic megatrend that favors Republicans.”

Today, the foreign-born population has jumped to nearly 14 percent and the total of foreign workers in the American economy has hit the highest level since 1996.