Attorney General Ken Paxton (R-TX) warned that Texas is unable to verify what screening measures, if any, were applied to Afghan migrants and refugees seeking resettlement in America.

The federal government has not shared its vetting procedures with Texas, Paxton said on Thursday’s edition of SiriusXM’s Breitbart News Daily with host Alex Marlow.

“We don’t have any confidence in the Biden administration [to vet Afghan migrants],” Paxton remarked. “When you look at the border and how they’re just inviting people to come across … obviously the cartels are involved in every transaction, because you have to pay them to get across the border.”

The Biden administration’s policies toward border security enrich transnational criminal cartels by facilitating the trafficking of drugs, people, and weapons into the U.S., Paxton stated. 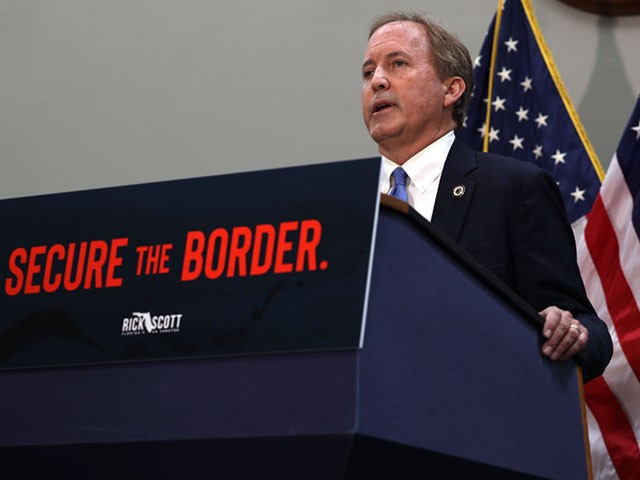 Paxton added, “I don’t know that we’ll vet [Afghan refugees] at all. I think it’ll just be whatever the federal government says they’ve done. We won’t really know if it’s true. We won’t even know if they’ve done anything, and so, they’ll be dropped wherever the federal government wants to drop them, and they’ll disappear into our society. We’ll never know, until something bad happens, if we have a terrorist.”

Paxton warned that digital censorship imposed by Google will amplify and fuse with big government, if unchecked by appropriate regulation.

“We’re going to proceed forward [with Texas’s antitrust lawsuit against Google],” Paxton stated, “and try to demonstrate to the court and to the American people that these Big Tech companies that have such a monopoly on so many different things need to be regulated.”

He concluded, “[We] need to have some type of check on their ability to control everything that we’re doing, and if we don’t get a handle on it, they will align with big government, and we will be in a position where free speech may be a real problem, and other things that we take for granted now will be controlled by them and the federal government.”