The United States military is “only marginally able” to defend America’s vital national interests, according to a conservative think tank’s comprehensive annual review of the nation’s military strength.

“As currently postured, the U.S. military continues to be only marginally able to meet the demands of defending America’s vital national interests,” said the Heritage Foundation’s 2022 Index of U.S. Military Strength, which was released Wednesday.

The index defined the U.S.’s vital interests as: 1) Defense of the homeland; 2) Successful conclusion of a major war that has the potential to destabilize a region of critical interest to the U.S.; and 3) Preservation of freedom of movement within the global commons (the sea, air, outer-space, and cyberspace domains) through which the world conducts its business.

The review also warned about China’s growing capability — scored by the index as “formidable” for its continued investment in the modernization and expansion of its military, particularly its space, cyber and artificially intelligence capabilities.

“China is in the middle of an unprecedented military modernization. I fear they’ve leapfrogged us in many advance technologies like [artificial intelligence] and quantum computing. We know they’ve done so with hypersonics,” he said.

Has the U.S. military ever been led by a man so hapless and incompetent as woke General Mark Milley? https://t.co/nfiDn8gxEH

The review is the Heritage Foundation’s first to come out under the Biden Pentagon, which has continued the Trump Administration’s focus on China, but has also elevated climate change and diversity and inclusion efforts as priorities.

“If the priority is combatting climate change, that’s going to take up time, resources, attention, and it has to come from some place, probably coming from how do you actually win in the next war against a major competitor,” said Dakota L. Wood, editor of the index and senior research fellow for defense programs at the Heritage Foundation.

The “marginal” score was given according to each U.S. military service’s capability, capacity, and readiness.

The Army was graded as “marginal.” The Army is modernizing for “great power competition” with China and Russia, but its modernization programs are still in their development phase, and will not be ready for acquisition and fielding for a few years, it said. “The Army is aging faster than it is modernizing,” it said.

The Navy was graded as “marginal” trending towards “weak.”

“The Navy’s current battle force fleet of 296 ships and intensified operational tempo combine to reveal a service that is much too small relative to its tasks, resulting in a capacity score of ‘weak.’

It desperately needs a larger fleet of 400 ships, but current and forecasted levels of funding will prevent this from occurring for the foreseeable future,” it said. 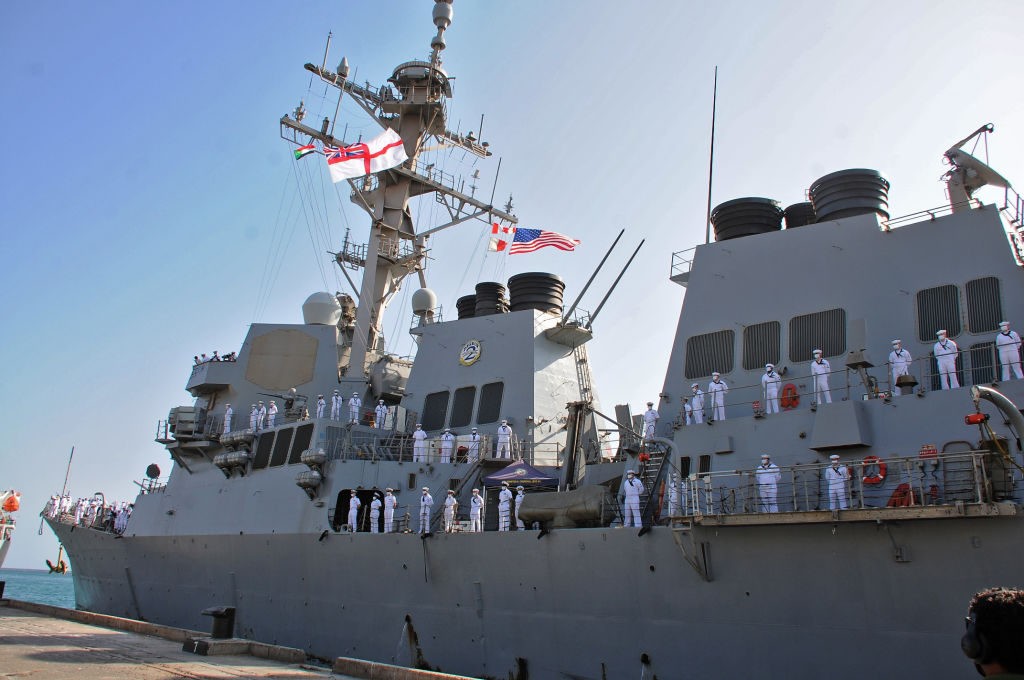 U.S. sailors look on as they stand aboard the U.S. Navy guided-missile destroyer USS Winston S. Churchill (DDG 81), part of Destroyer Squadron 2, while it anchors in Port Sudan on March 1, 2021. (AFP via Getty Images)

The Air Force was graded “weak.” Although the service possessed 86 percent of the 1,200 recommended combat aircraft, mission readiness and physical location of the planes would make it difficult for the Air Force to respond rapidly to a crisis, the index said.

While modernization programs are generally healthy, the advanced age of key aircraft is driving the service to retire planes faster than they can be replaced, and there is a shortage of pilots and flying time, it said.

The Marine Corps was graded “strong.” The index hailed the service’s “extraordinary efforts to modernize” and enhance its readiness. However, it warned the service against plans to reduce their battalions from 24 to 21, saying it would harm the Corps’ self-proclaimed role to enable the projection of naval power into heavily contested combat environments.

The Space Force was graded “weak.” “The service has done quite well in transitioning missions from the other services without interruption in support, but it does not have enough assets to track and manage the explosive growth in commercial and competitor-country systems being place into orbit. Its platforms are old and modernization efforts are “slow and incremental,” and “the force also lacks defensive and offensive counter-space capabilities,” it said.

The U.S. military’s nuclear capability is “strong” but trending toward “marginal” or even “weak,” it said. The index said the grade reflected the Trump Administration’s commitment to modernizing the U.S. nuclear enterprise and the Biden Administration’s decision to sustain that commitment, but nearly all components of the nuclear enterprise are at a “tipping point” in terms of replacement or modernization. 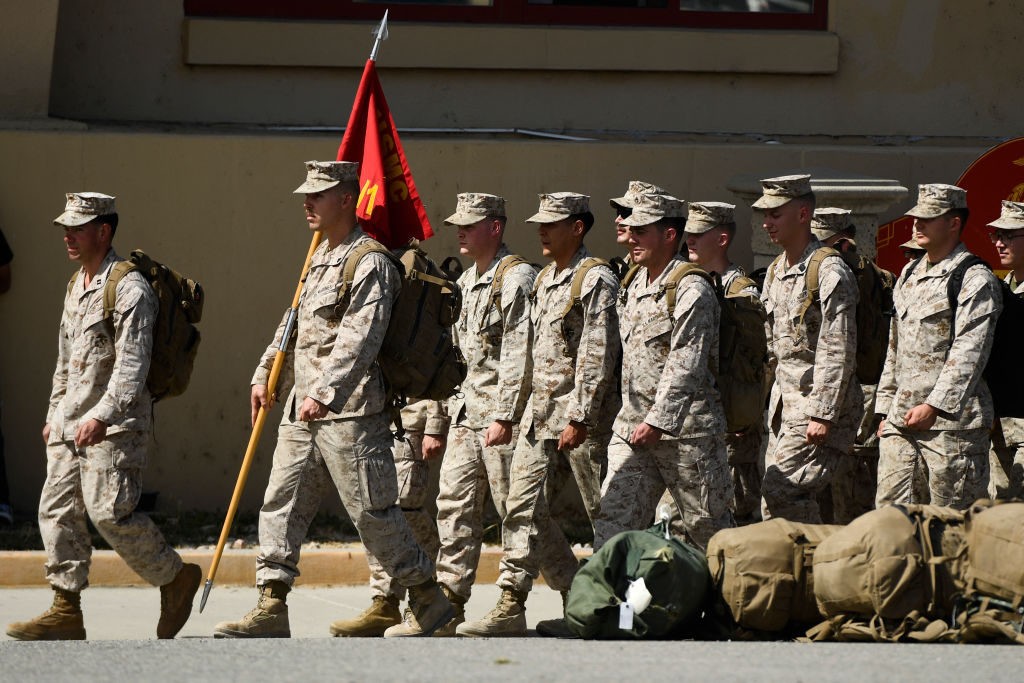 Marines from the 2nd Battalion, 1st Marines, who had been deployed to Afghanistan, arrive in formation for their homecoming at U.S. Marine Corps Base Camp Pendleton in Oceanside, California on October 3, 2021. (PATRICK T. FALLON/AFP via Getty Images)

“Both Russia and China are rapidly expanding and diversifying the size and scope of their nuclear warheads stockpiles and delivery systems. Russia has approximately a 10-to-one advantage over the U.S. in tactical nuclear weapons. [Russian President Vladimir] Putin is nearly complete with his nuclear modernization program, cutting across all three legs of the triad. The Kremlin also has nuclear tipped missile defense interceptors that are around Moscow,” he said.

“China’s undergoing a crash nuclear program that in many ways is unprecedented, as it sprints for a degree of parity with the U.S. and Russia. Open source imagery has identified three new Chinese ICBM fields. They are in addition to the road-mobile ICBMs that we already knew they had. The Chinese are likely to quadruple the number of their warheads to 1,200 over the next decade. Both Russia and China are continuing are conducting dangerous nuclear yield-producing tests to assist with their programs,” he said.

“The U.S. on the other hand, is just getting started with our own nuclear modernization program,” he said.