Left-wing activists who blocked traffic and marched Friday in Washington, DC, against the banks and financial institutions they say profit from “the climate crisis and immigrant detention” were met with loud noises from local construction workers. 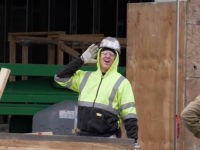 Climate change activists in Washington, DC, took to the streets Friday morning in an effort to “shut down business-as-usual for the financial institutions” and blocked traffic, frustrating some D.C. commuters and putting one man on the verge of being late for his scheduled colonoscopy. 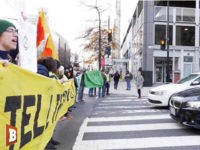 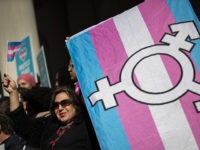 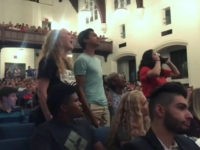 Erasing a ban on women going topless will save Fort Collins, Colorado, a lot of money, city officials said Wednesday. 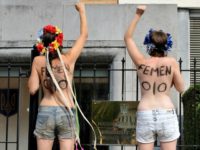 A vegan activist who “rescued” 16 rabbits has been accused of causing the deaths of almost 100 other bunnies in the process. 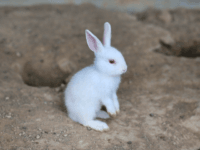 A conservative activist and several volunteers picked up trash for the second time this year on Monday in Baltimore, Maryland. 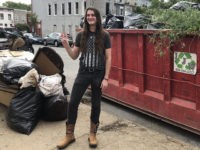 Rep. Rashida Tlaib (D-MI) wrote Wednesday that she was proud of the activists in Detroit who tried to shut down the Detroit-Windsor Tunnel during a demonstration. 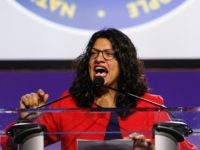 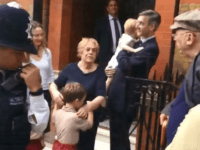 Obama: I Would Like to Create ‘a Million Young Barack Obamas’

Former President Barack Obama told attendees at a conference in Japan Sunday that he is looking to shape “a million” young leaders in his image to help the human race. 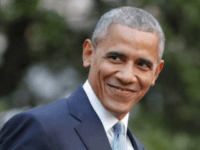 President Donald Trump was only scheduled to arrive Tuesday for his first visit to California as president. But the so-called “Resistance” had already been protesting since Monday. 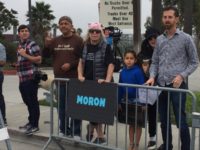 Blue State Blues: The DACA ‘Kids’ Have Changed My Mind About Amnesty

The best case against legalizing DACA is the behavior of the DACA beneficiaries themselves. They show no respect for the country they wish to join.

Actresses to Bring Activists as Guests to Golden Globes

A-list actresses including Meryl Streep, Susan Sarandon, Emma Stone, and Laura Dern will bring activists along as their guests to this Sunday’s Golden Globes, in a year in which the entertainment industry’s sexual harassment scandal and the #MeToo movement have dominated the conversation. 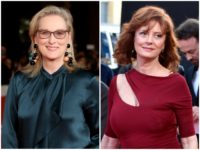 Clashes broke out at a rally held on Saturday by activists supporting President Donald Trump’s border wall in Otay Mesa, California, as left-wing counter-protesters taunted them and chanted for amnesty for illegal aliens. 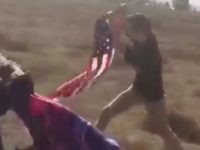 The Texas State Board of Education (SBOE) meets this week in Austin to vote on a textbook for a Mexican American Studies (MAS) high school elective.

Female student activists at Sarah Lawrence College are asking their peers to pay for their “emotional labor” in the form of real money.

VIDEO: Biker Revs Engine, Drives Through Anti-Trump Activists Laying in the Street for a ‘Die-In’

A group of anti-Trump protesters laying in the middle of a San Francisco street for a “die-in” Wednesday got a rude awakening when a man on a red motorcycle drove through the demonstration.

Dairy farm workers and activists marched from the Vermont statehouse to a Ben & Jerry’s factory to protest pay and living conditions on the farms that provide milk for the ice cream maker known for its social activism. 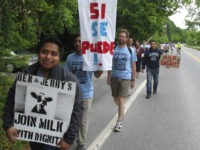 The Associated Press (AP) reported Sunday that “immigrants” were being trained by activist groups in Los Angeles and around the country to avoid deportation. 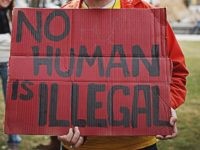 Marco Rubio on Why He Skips Town Halls: Activists Will ‘Heckle and Scream at Me’

Sen. Marco Rubio (R-FL) says he will not participate in town halls because political activists will “heckle and scream” at him to create a media spectacle for the cameras. 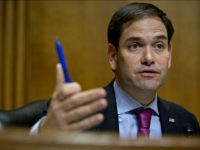 People trying to live as transgender members of the other sex complained that the Women’s March on Washington unfairly excluded them by linking a person’s sex to their male or female biology. 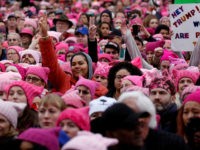 WATCH: Police Arrest Activists for Feeding the Homeless Without a Permit

Police arrested seven people Saturday for reportedly feeding the homeless without a permit in Florida. 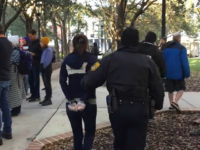 TEL AVIV – Comments made by Chief Rabbi of Jerusalem Shlomo Amar that the LGBT community is “a cult of abomination” and gays can be punished by the death penalty according to Jewish law has prompted a firestorm in which police complaints of incitement have been filed against Amar and members of Knesset are calling for his immediate removal. 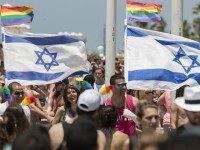 Death of a Social Justice Warrior Crusade: 90 Percent of Native Americans Not Offended By Redskins Name 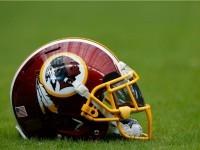 Left wing activists have projected the words ‘Refugees Welcome’ on the White Cliffs of Dover ahead of Saturday’s showdown between neo-Nazis and anti-fascists in the nearby town.The activist group Global Justice Now transformed the iconic geological feature, which is first 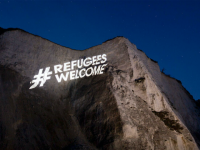 CNN re-aired the 2013 documentary Blackfish on Saturday night — just two days after SeaWorld CEO Joel Manby announced that the theme park will surrender to the environmentalists that have aggressively attacked SeaWorld’s orca captivity program, and end both orca shows and captive breeding. 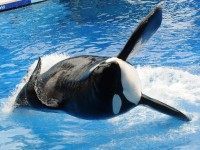 Crybully Assaults on Free Speech: From Mizzou to Yale and Beyond

Daniel Greenfield at FrontPage Mag writes that the marvelous term “crybully” was coined by Julie Burchill at The Spectator, who described them as “a hideous hybrid of victim and victor, weeper and walloper.” 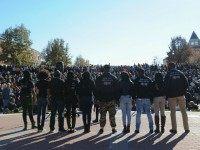 Lesbian, gay, bisexual and transgender activists celebrated their access to the White House to view the welcoming ceremonies for Pope Francis, after a week of political controversy over their invitations. The White House downplayed the controversy by reminding critics that they were more than 11,000 people attending the event on the South Lawn of the White House. 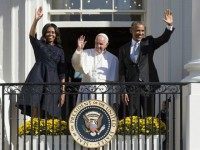