A black Mississippi police chief has caused somewhat of a stir by putting the slogan “All Lives Matter” on the back of his department’s patrol cars. He paid for the slogan to be affixed to the cars with his own money. 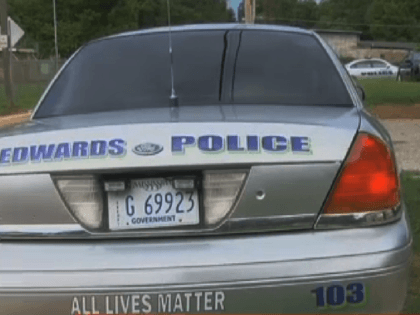 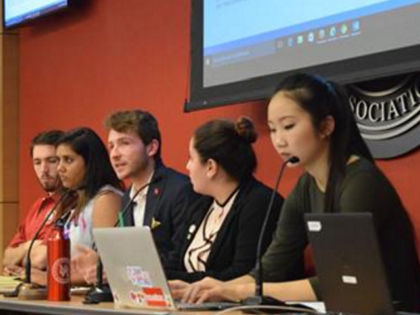 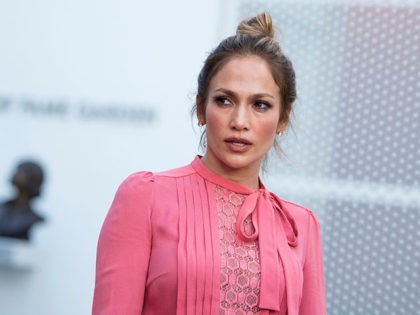 Michael B. Jordan Takes Heat on Twitter for Saying He Wants ‘White’ Roles

Fantastic Four actor Michael B. Jordan has found himself the target of social media vitriol for comments made during a recent interview in which the young actor said he wanted the opportunity to take on roles not only written specifically for black men. 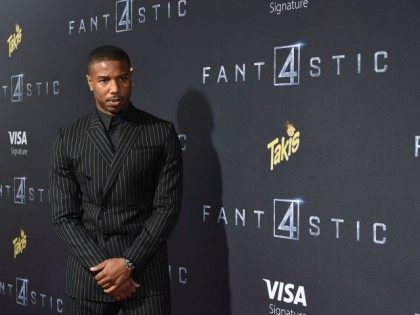 The escalation of anti-white and anti-cop rhetoric has been building since militant black activists began marching in support of #BlackLivesMatter after the suicide of Sandra Bland. At protests at the jail where Bland killed herself, a radical activist called for all white people to be killed, and heavily armed members of the New Black Panther Party chanted “the revolution has started … off the pigs.” A Texas-based internet radio show called for the lynching of whites and the killing of police officers. This week, two white journalists and a white deputy sheriff have been assassinated by blacks who appear to be carrying out the message of hate. Harris County Sheriff Ron Hickman said, “This rhetoric has gotten out of control …” 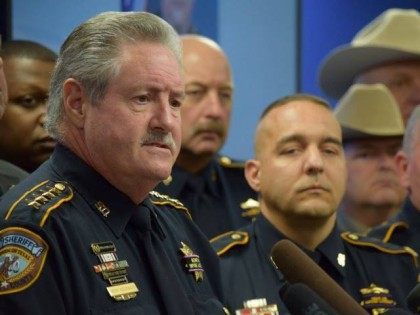 A photo titled “His Life Matters” taken of a black and a white police officer at the Trinity Police Department in Texas has gone viral. The photo shows the officers with writing on their hands that says “His Life Matters” with an arrow pointing to his fellow officer. 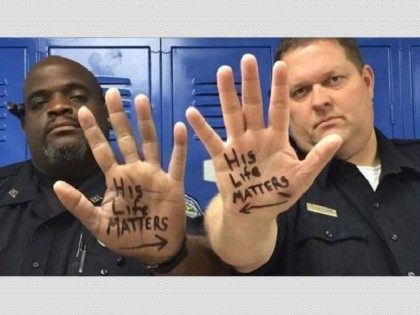