The corporate and left-wing media has largely ignored details in newly released court documents about the Jeffrey Epstein case, in which one of Epstein’s victims alleged that former President Bill Clinton was seen on the deceased sex offender’s private island in the company of two young girls.

Analysis by the nonpartisan bias-checker Ground News, which tracks coverage of news stories and assigns a “bias rating” to stories based on coverage or lack of coverage from partisan media, found that coverage of the story came mainly from right-wing outlets.

Just five left and left-leaning sources have covered the story, compared to twenty-five right, right-leaning, or “far right” news outlets that have done so.

Ground News rated the story as a “blind spot” for the left due to lack of coverage from left-wing publications. 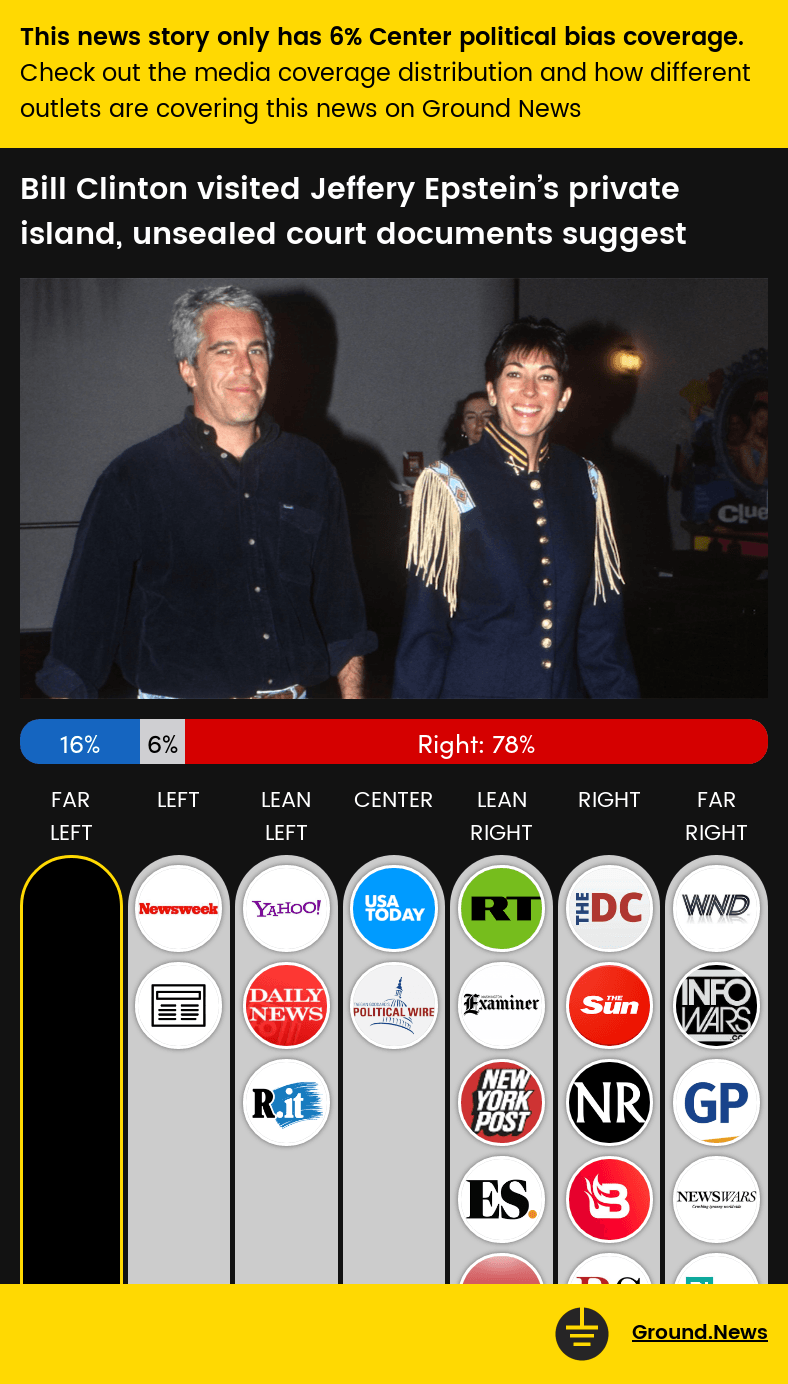 The story was also covered by two outlets rated as centrist by Ground News, USA Today and Political Wire.

CNN, MSNBC, The New York Times, The Washington Post, and many other leading left-wing outlets in the U.S. have failed to cover the story, according to Ground News.

The court documents, alleging that former president Clinton was seen on Epstein’s island, were released earlier this week, as reported by Breitbart News’ AWR Hawkins:

Documents unsealed by court order Thursday reveal correspondence between Jeffrey Epstein and Ghislaine Maxwell, and also allege former President Bill Clinton was seen on the private island where Epstein was alleged to have taken underage girls.

Michael Cernovich tweeted excerpts from one of the documents, claiming, “Bill Clinton is implicated by name by one of Jeffrey Epstein’s victims as having been at Pedophile Island.”

Cernovich continued, “The media’s coverage (or non-coverage) of this will be worth observing.”

Breitbart News will continue to report on Bill Clinton and his relationship with Jeffrey Epstein.