Texas Attorney General Ken Paxton stood before Judge George Gallagher in a state district court in Tarrant County and the AG pleaded not guilty to the criminal charges leveled against him. Moments later, Paxton’s criminal defense attorney, Joe Kendall, filed a motion to withdraw from representing Paxton in the proceedings.

Kendall said that issues in this matter make his representation something he doesn’t want to persist in, according to a KXAN-NBC report. The judge accepted Kindall’s motion to withdraw, but noted this is the third defense attorney Paxton has employed so far in this very young case. The judge said he did not want this to become a tactic down the road for the defense to delay the case.

Paxton got off on bad footing with the judge by appearing to admonish the him over the news media having cameras in the courtroom. Judge Gallagher, who had been appointed to hear this case being held in Paxton’s home county, responded firmly that he would decide how his court functions, according to the Austin American-Statesman.

Before the hearing, Paxton had requested a waiver of his initial court appearance. The judge denied that request.

Gallagher went on to re-assert the gag order he put in place for this trial. He advised that “anyone in the case with a law license,” including Attorney General Paxton, would be ordered to strictly follow the state’s legal codes barring press statements that “have a substantial likelihood of materially prejudicing” a case.

“That is going to be a firm order,” the judge told those in his courtroom. “I will not tolerate any violation.”

As for the status of Paxton’s representation, he told the judge: “I don’t know exactly (yet) who is on the team.”

The judge gave Paxton a September 30 deadline to file any motions to quash the indictments. The judge said this would allow for sufficient time for the grand jury to address any defects found in the indictments.

Prior to Paxton’s appearance in court on Thursday, Breitbart Texas obtained a statement from the attorney general’s public relations firm. “I am innocent of these charges,” Paxton stated. “It is a travesty that some would attempt to hijack our system of justice to achieve political ends they could not accomplish at the ballot box. Regardless, I will continue to serve the people of Texas as Attorney General and continue to fight for the freedoms guaranteed under our Constitution.”

He said he would have no further statements on the matter because of the judge’s gag order.

Paxton pleaded not guilty to two charges of securities fraud and one charge of failure to register with the State Securities Board.

The Austin American-Statesman reported that Kent Schaffer, one of the special prosecutors appointed to represent the State of Texas, has prepared a CD to provide the defense team with about 14,400 documents. He will also be submitting an additional 7,000-8,000 pages of printed documents that have not yet been scanned when they are finished with the scanning process (approximately 2-3 weeks). 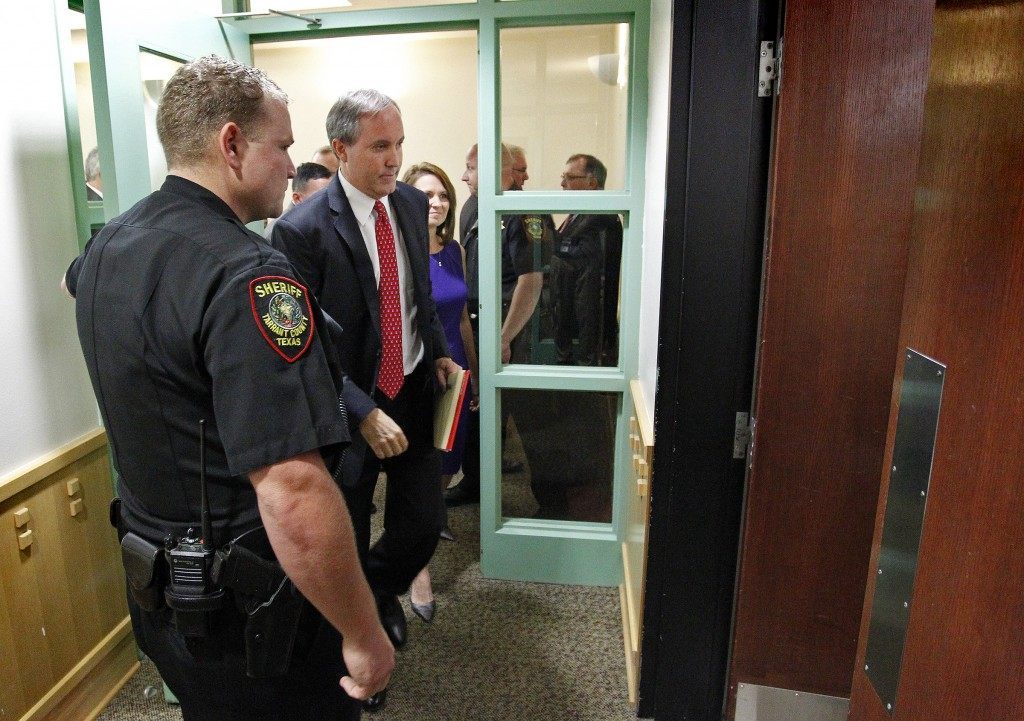 The charges against the state’s attorney general stem from transactions that occurred prior to his being elected to his current position. At the time of the alleged transactions, Paxton served as a member of the Texas House of Representatives.