Law enforcement officers, public officials, family members and supporters gathered at the Texas Capitol on Monday to honor peace officers who lost their lives during 2015.

“Today families of the fallen peace officers will be honored with medals from the State of Texas along with official proclamations signed by Governor Greg Abbott,” John Sierega, director of field services for the Texas Municipal Police Association said to Breitbart Texas in an interview Monday morning. “Lt. Governor Dan Patrick will represent the State of Texas in presenting these honors to the family members.”

Medals and resolutions will be presented today to surviving family members at the south steps of the TX Capitol. pic.twitter.com/ZffE4JtzSA

Texas lost eleven peace officers during 2015. “These heroes have paid the ultimate sacrifice while courageously protecting and serving the citizens of the great State of Texas,” Metroplex Concerns of Police Survivors President Ashley Hardey said in a written statement. “We will be forever thankful for what these families have sacrificed.”

On the eve of the capitol presentation, a candlelight ceremony was held at the Texas Peace Officers’ Memorial Monument in Austin. Ted Poe, a former criminal district court judge in Houston, spoke to those gathered to honor these officers of the law.  Poe spoke about police officers being a cut above the rest. He said we must always support our cops and their families.

Poe spoke about Houston Police Department Officer Richard Martin who was killed last year. Martin was killed when he was run down by a driver fleeing police in a high speed pursuit. Martin was attempting to deploy tire deflation devices to stop the fleeing driver. Prior to this, the fleeing criminal reportedly fired several shots at police, Breitbart Texas reported in May 2015. 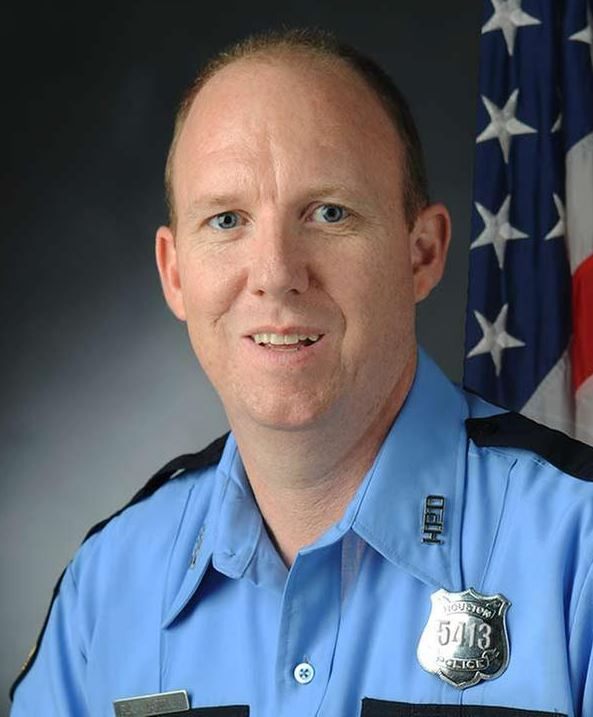 Officer Martin, “jumped out of his patrol car to place spike stripes in the road to try to stop the approaching vehicle,“ Poe told the gathered crowd. “The criminal saw Officer Martin and intentionally ran him over, killing him.”

Poe explained that Martin, 47, came into law enforcement later in life than most after spending 20 years working in the private sector. “In just 4 short years, Officer Martin became a field officer,” Poe expressed. “His Captain said he crammed 20 years of policing into the 4 he served with the Houston Police Department. This speaks volumes about his character as a lawman.”

Martin left behind a grieving widow, a 22-year-old daughter and an 11-year-old son.

His killer shot himself when finally cornered by police. “He survived for a few hours while the District Attorney prepared capital murder charges against him but later died, avoiding the hangman,” Poe stated.

“Tonight we not only mourn for our brothers in sisters in blue whom we lost, we stand together in tribute,” the Houston area congressman said during the Sunday evening candlelight service. “We stand united that in our freedom loving state and nation, good will always triumph over evil.”

As darkness fell, a blue laser light pierced the darkness symbolizing the “thin blue line” of police officers separating the public from those who would do evil.

What an amazing evening at the 2016 Texas Peace Officers’ Memorial Ceremony#ThinBlueLine pic.twitter.com/lDzuwalgJo

Those officers being memorialized in the ceremonies on Sunday and Monday were listed as:

Monday’s ceremony at the Capitol began with tributes of prayer, song and other tributes to the fallen heroes. Following the Presentation of Colors, the National Anthem and a prayer, a roll call of the fallen peace officers was read. At this time, Lt. Governor Patrick presented the medals and proclamations form the State of Texas to the family members present. 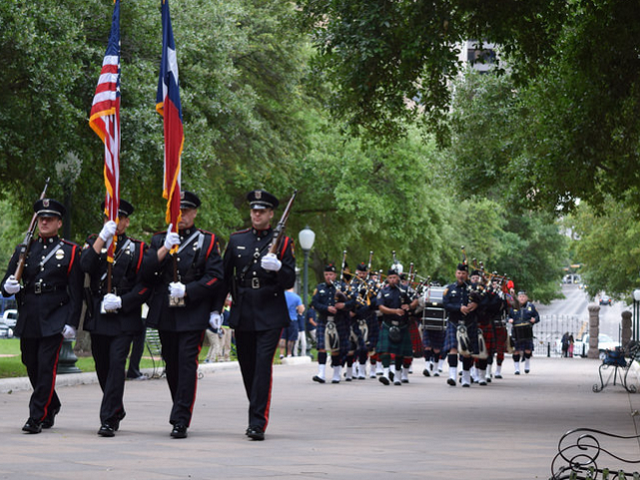 In a written statement obtained by Breitbart Texas, Patrick said, “Too many times we hear the news that another law enforcement officer has fallen in the line of duty. For most of us, we stop, grieve, and go back to our lives. For the families of the fallen, the grief stays with them for the rest of their lives. We should always thank the brave men and women who have paid the ultimate price to keep us safe, but most important we must honor them and their sacrifice.

“Today, it was my honor to speak at the Peace Officers Memorial Ceremony, thank the officers’ families and to remind everyone that every single life matters,” the Lt. Governor concluded.

A memorial wreath was presented followed by a pipe and drum tribute from the Highland Cathedral and the firing of a twenty-one gun salute. 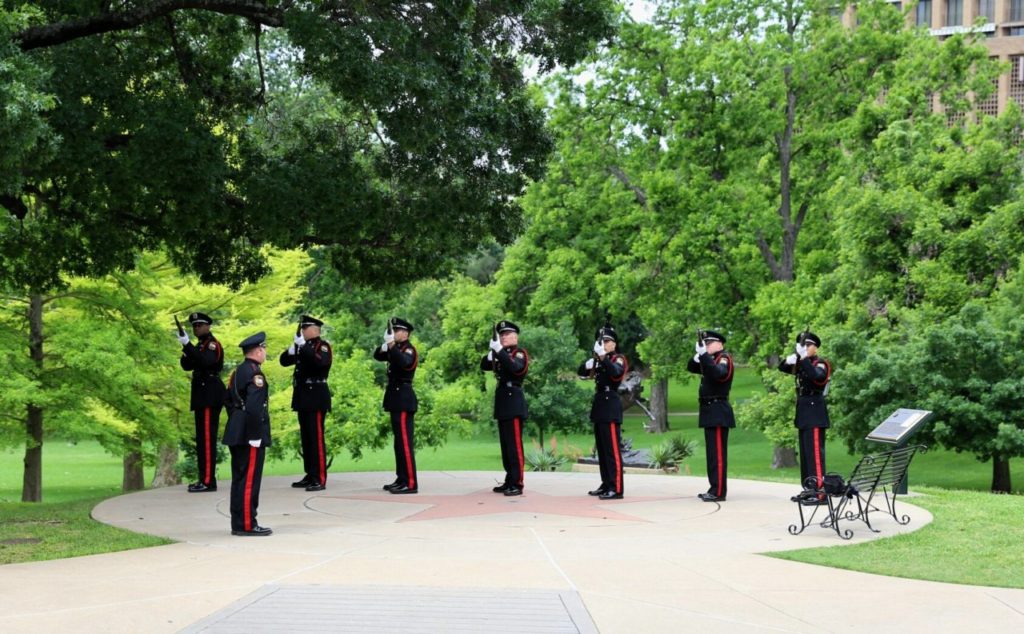 A flyover of Texas Department of Public Safety helicopters in the “Missing Man” formation passed overhead as a riderless horse from the Grand Prairie Police Department marched by.