There’s been no shortage of controversy surrounding the new shooter Hatred, but ultimately the extra attention has only benefited what is an otherwise mediocre game.

Hatred, developed by Destructive Creations, is an isometric shooter in which the player controls a lone wolf setting out on an indiscriminate killing spree fueled by his hatred of everyone and everything. There’s almost no story to the game beyond this initial set-up, with the player moving through seven levels indiscriminately stabbing, shooting, burning, and blowing up the game’s civilian population, police, and eventually military forces called in to stop the killing spree.

It’s a thin premise, and without much in the way of gameplay other than straight point-and-shoot gunfights, it quickly runs out of steam–even with a very brief campaign. Players can expect to finish Hatred in five hours or less, and there isn’t much reason to come back to it after that. One could replay the game on different difficulty settings, but seeing how tedious the game becomes in a short time, I have no desire to play through it again.

Beyond the short length and repetitive gameplay, a number of basic design decisions hamper Hatred. The visuals are eye-catching – black and white graphics punctuated by colorized police lights, fire, and blood – but ultimately a hindrance, as it becomes hard to actually see enemies or obstacles in the environment. It’s not uncommon to find your character stuck on some random piece of level geometry that you weren’t aware of because it blended into the background, which can lead to a quick death as you’re peppered with bullets from enemies now given a static target. 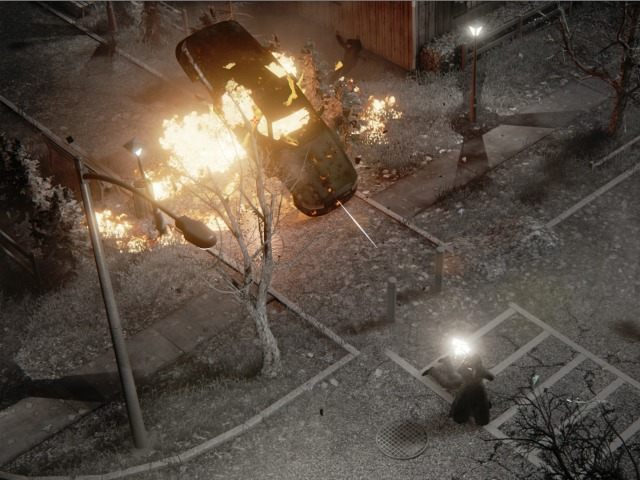 It doesn’t help that the game’s controls already feel sluggish and unresponsive. Add to that the fact that jumping over obstacles is entirely context sensitive (you can’t manually press a button to mantle over low walls or boxes), which the game seems to have a hard time determining what you’re trying to do. Unless you approach barriers from the exact right angle, the whole thing starts to feel like you’re fighting the controls as much as you are the game’s enemies. It’s even worse when, in some of Hatred’s larger levels, drivable vehicles handle like tanks and easily get stuck on parts of the maps.

Similarly, the game’s camera adds to the problems. You can’t rotate the isometric view, which results in enemies, objects, and environmental props sometimes being obscured by structures. Additionally, the camera is zoomed in too tight on the character. You’ll often find yourself in firefights not only with enemies who blend into the background but who aren’t even onscreen. You can slightly extend the camera’s range by holding down the right mouse button to enter an aiming mode, but doing so causes your character to slow down to a walking pace, making you a vulnerable target.

Hatred has a few bright spots, but they don’t outweigh the core gameplay problems. The environmental destruction looks beautiful and can open things up a bit as you blow up exterior walls or shred a building’s interior with heavy gunfire. I have to admit getting a vehicle up to high speed and then plowing it through buildings, leaping out of the car, and then setting it on fire to create a massive explosion inside a structure was a visceral treat. The realistic fire effects are great for creating strategic chokepoints or quickly dealing with large groups of enemies. The game also has a novel approach to the player’s health; damage taken won’t regenerate over time like in other shooters, and there are no medkits. The only way to restore your health is to execute wounded enemies, a sadistic play on the game’s theme of the main character literally “feeding” off the misery of others. 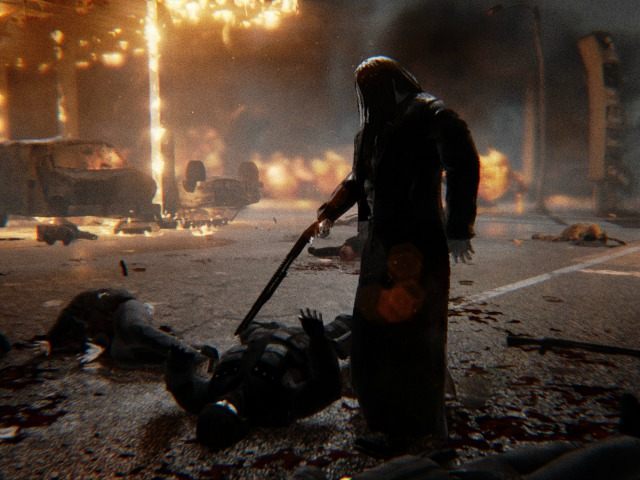 Unfortunately, that’s about as nuanced as the game gets. It’s hard to tell if Hatred is self-aware of its ridiculous premise and execution or if the developers thought they were legitimately being edgy. The game seems to be following a checklist for every disaffected, angsty teenager who’s ever graced the inside of a Hot Topic and dreamed of getting back at everyone they feel has ever wronged them: long-haired, trench-coat wearing main character? Check. Terrible, overwrought monologues delivered in monotone growls about how everyone and everything sucks? Check. The worst thrash-metal song over the ending credits you’ve ever heard? Check. I’m not sure if the developers were shooting for self-parody, but that’s how it feels.

I would be remiss if I didn’t address the controversy surrounding Hatred. The game is rated AO for “Adults Only” by the Entertainment Software Rating Board (ESRB), a rating that signifies the game is suitable only for players 18+ years old. That rating is a death sentence for most games, as retailers typically won’t sell them. Indeed, digital retailer GOG.com refused to sell Hatred, and Steam, the largest digital distribution platform in the world, initially pulled Hatred from its platform before ultimately restoring it with an apology from Valve’s CEO. Multiple gaming sites like Kotaku, Rock, Paper, Shotgun, and Polygon have all vehemently denounced the game since it was first revealed. After playing through Hatred, my question is: why?

Hatred does nothing that other games beloved and defended by critics and consumers alike have been doing for years. The Grand Theft Auto, Saints Row, and Postal franchises have allowed and encouraged players to attack civilians, police, and the military within their game worlds. Mayhem has become a selling point. Hatred is no different, despite the claim from Forbes’ Paul Tassi that those games differentiate themselves from Hatred by punishing the player for unrestrained violence against civilians through game mechanics like police attacking you in retaliation. This “punishment” is literally the core mechanic of Hatred: the more people you kill, the larger and more intensive the armed response to your aggression by the game’s police and military. 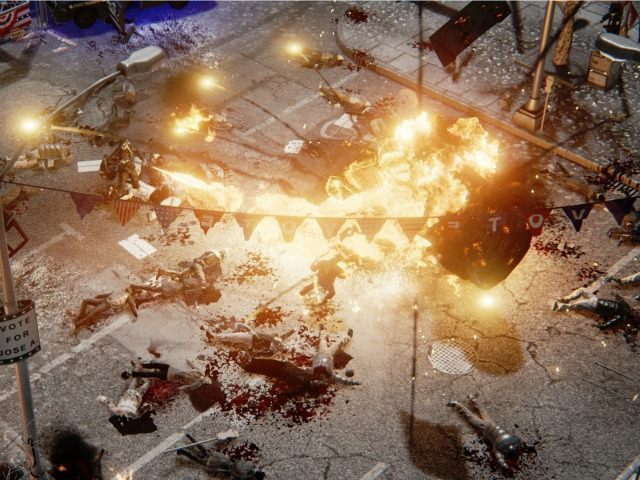 Hatred exhibits the same ultraviolence that helped Grand Theft Auto V sell record-breaking numbers of copies with all the pretense stripped away. There’s no story to justify your actions, no moralizing to humanize the player character and make his actions more palatable. Hatred at least has the intellectual honesty to make a game where you play an unabashed and unrepentant villain. You’re not a hero. The game explicitly tells you this during the loading screen. Maybe we should stop infantilizing gaming as an art form by claiming that such a premise is unacceptable.

Similarly, I have no idea how the ESRB justified slapping an AO rating on Hatred. For all its violence, there isn’t very much gore. The game is considerably less gruesome than popular titles like Gears of War, Mortal Kombat, Resident Evil (or any survival-horror game released in the last 15 years for that matter), or God of War, yet those games were all given a “Mature” rating rather than the 18+ years old restriction slapped on Hatred. What was the ESRB’s criteria for this decision? It’s hard to tell, seeing as their certification page for the game lacks any type of description of specific game content that every other title includes. It suggests that the ESRB’s rating was prompted more by a moral objection to the tone and premise of the game, rather than the actual level of the depiction of violence in Hatred.

I’m glad that a game like Hatred is allowed to exist, but as a player, I don’t recommend it very highly. Hatred wants to evoke classic fixed-view shooters like Crusader: No Remorse or the original Postal, but the end result feels like a game stuck in the 1990s rather than a modern homage to classic isometric shoot-em-ups. There is some nostalgic enjoyment to be had for a while with its unrestrained action, but that eventually gives way to the tedium of the game’s design issues and repetitive gameplay.