Filmmaker Michael Moore has claimed in a fundraising email that President Donald Trump is “not well” and presents an “imminent danger” to the world.

Moore, who is one of the chief organizers of the counter-protests to Trump’s upcoming State of the Union address, made the claims in a letter asking for donations to the hard-left political action committee MoveOn.org.

“Donald J. Trump has proven himself to be completely unfit for office, a threat to our country, and an imminent danger to the world,” Moore wrote. “He is not well; he is a malignant narcissist and an active sociopath. And because he holds the codes to fire nuclear weapons, he is a singular threat to humanity.”

“But our problems go far beyond one sociopath president,” he continues.”The mission that we are on and the work that we must do is to tear down the rigged system that produced Trump in the first place.”

Moore is scheduled to appear on Monday alongside other celebrities such as Mark Ruffalo, Whoopi Goldberg, Rosie Perez and Cynthia Nixon at the so-called “People’s State of the Union” protest in New York City, the night before Trump gives his official address. 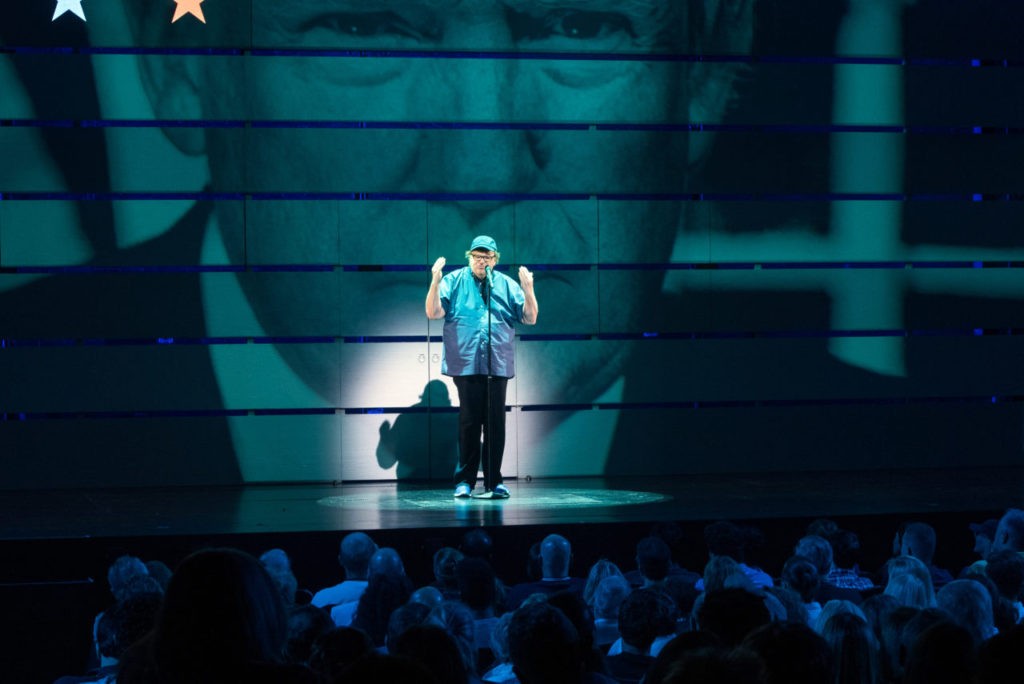 Michael Moore makes his broadway debut in “The Terms of My Surrender” on July 28, 2017 in New York City. (Mike Pont/Getty Images for DKC/O&M) 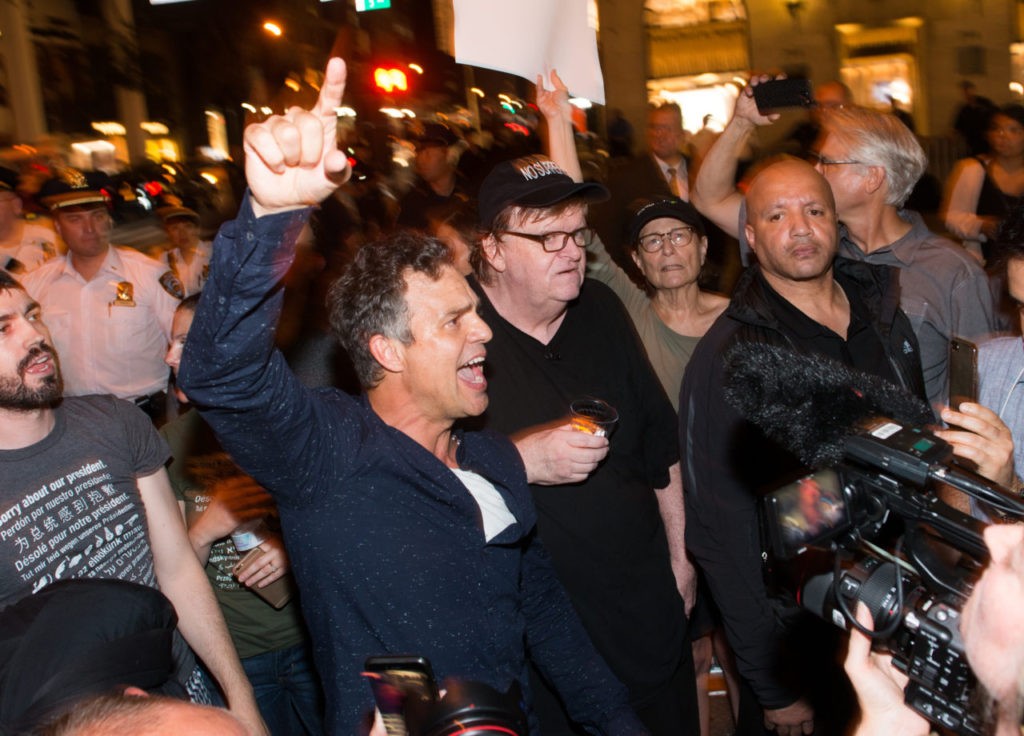 The protests are organized by a number of left-wing political action committees including We Stand United, MoveOn.org, and Stand Up America, all of which vehemently campaign against the Trump agenda.

Moore, who famously predicted Trump’s victory in the run-up to the 2016 election, is one of the most outspoken Hollywood critics of Trump’s presidency.

Some of his major projects included organizing street protests against his immigration policy, directing an anti-Trump Broadway play, and circulating a petition to get him impeached.

Nevertheless, Moore has also predicted that Trump will be re-elected in 2020 should he run for a second term.

A recent medical examination by White House physician Dr. Ronny Jackson revealed that Trump is in “excellent” mental and physical condition and is “fit for duty.”