Suits Star Rick Hoffman says President Donald Trump should see a “doctor who deals with people who are severely mentally sick” after the president took a swipe at MSNBC host Joe Scarborough.

Trump blasted the MSNBC host on Monday writing, “‘Concast’ should open up a long-overdue Florida Cold Case against Psycho Joe Scarborough. I know him, and Crazy Mika well used them beautifully in the last Election, dumped them nicely, and will state on the record that he is ‘nuts’. Besides, bad ratings! #OPENJOECOLDCASE.”

Trump’s tweet was referring to the case of Lori Klausutis, then-Congressman Scarborough’s 28-year-old congressional intern, who was found dead in Scarborough’s Fort Walton Beach, Florida, office back in 2001.

“Listen…I’m worried abt u Sprinkles,” Hoffman said in a tweet that has been deleted. “I’d like u 2 see a doctor who deals w/ ppl who r severely mentally sick. It’s not ur fault Geoffrey. It happens 2 ppl. Vomiting shit out of ur mouth is a chemical imbalance. U wud just take medication, and then hopefully u go back 2 ure life.” 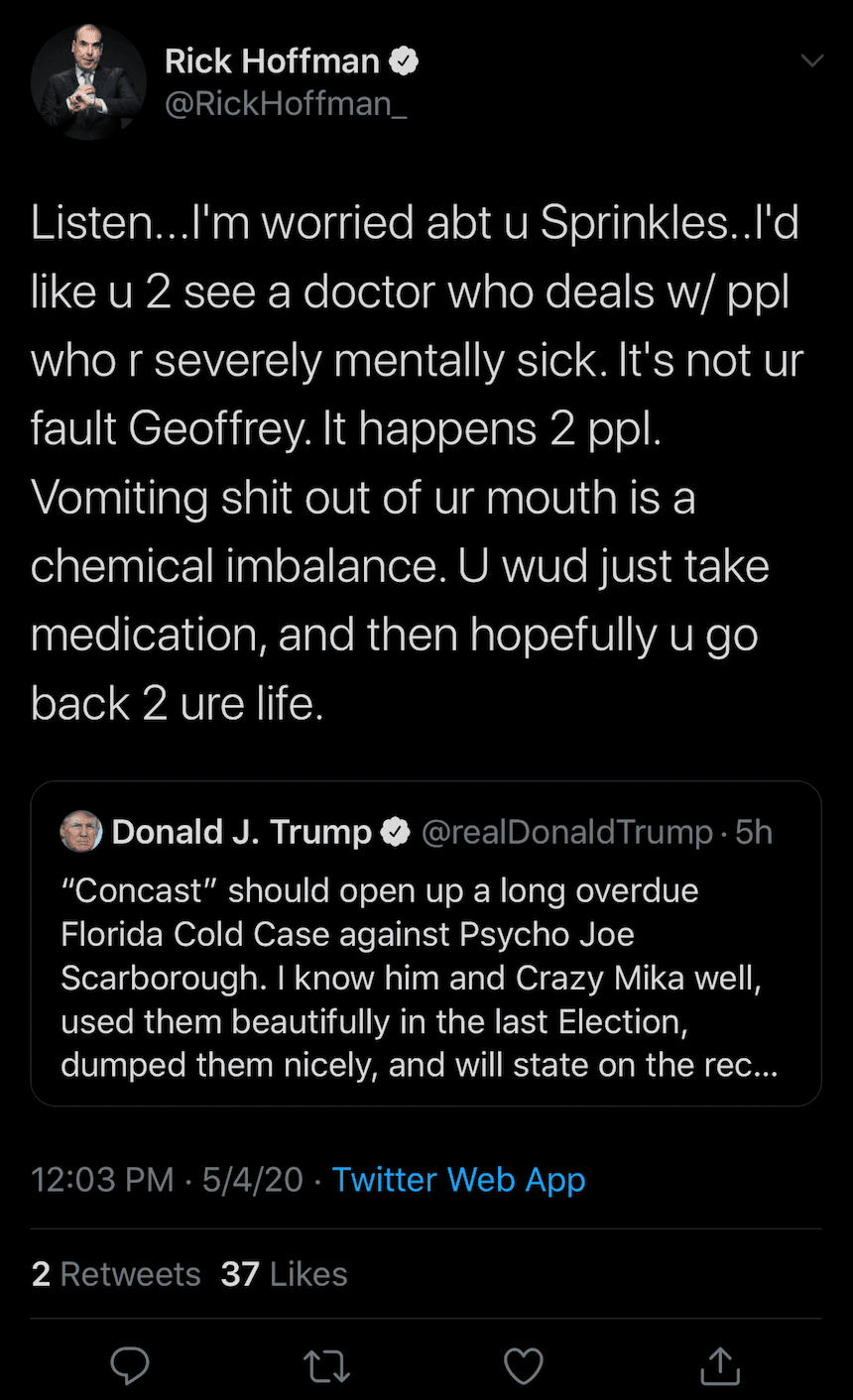 Hoffman’s Twitter feed is filled with tweets supporting government officials such as Andrew Cuomo, not to mention a slew of fawning retweets of videos by foul-mouthed Trump hater Michael Rapaport.