NEW YORK (AP) — “No New ‘Movies’ Till Influenza Ends” blared a New York Times headline on Oct. 10, 1918, while the deadly second wave of the Spanish Flu was unfolding.

A century later, during another pandemic, movies — quotes no longer necessary — are again facing a critical juncture. But it’s not because new films haven’t been coming out. By streaming service, video-on-demand, virtual theater or actual theater, a steady diet of films have been released under COVID-19 every week. The Times has reviewed more than 460 new movies since mid-March.

Yet until recently — with only a few exceptions — those haven’t been the big-budget spectacles Hollywood runs on. Eight months into the pandemic, that’s changing. Last month, the Walt Disney Co. experimented with the $200 million “Mulan” as a premium buy on its fast-growing streaming service, Disney+ — where the Pixar film “Soul” will also go on Dec. 25. WarnerMedia last week announced that “Wonder Woman 1984” — a movie that might have made $1 billion at the box office in a normal summer — will land in theaters and on HBO Max simultaneously next month.

Much remains uncertain about how the movie business will survive the pandemic. But it’s increasingly clear that Hollywood won’t be the same afterward. Just as the Spanish Flu, which weeded out smaller companies and contributed to the formation of the studio system, COVID-19 is remaking Hollywood, accelerating a digital makeover and potentially reordering an industry that was already in flux.

“I don’t think the genie will ever be back in the bottle,” says veteran producer Peter Guber, president of Mandalay Entertainment and former chief of Sony Pictures. “It will be a new studio system. Instead of MGM and Fox, they’re going to be Disney and Disney+, Amazon, Apple, Netflix, HBO Max and Peacock.” 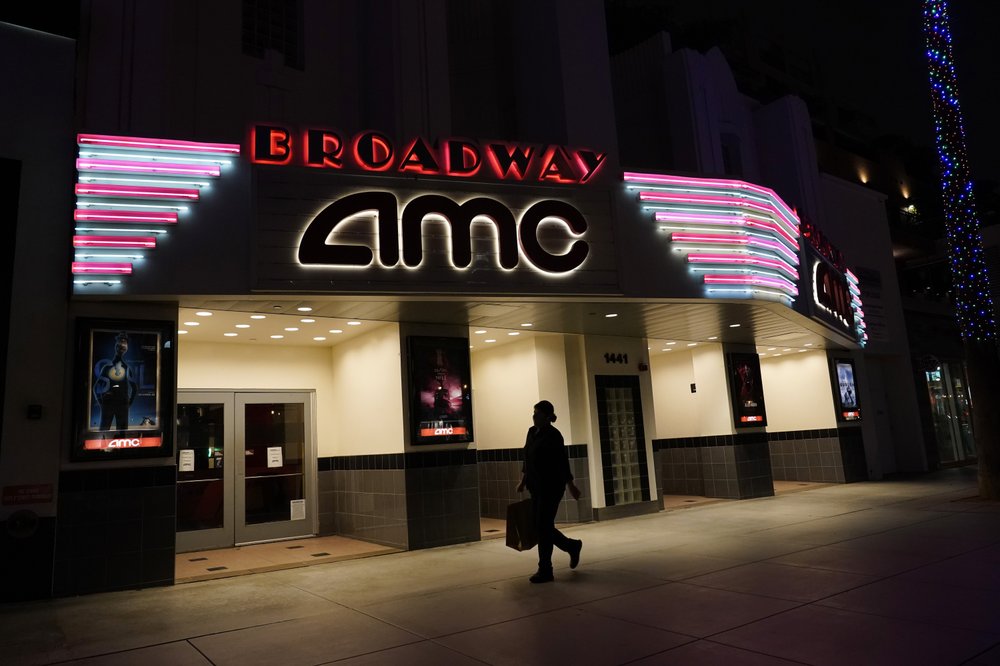 Many of the pivots in 2020 can be chalked up to the unusual circumstances. But several studios are making more long-term realignments around streaming. WarnerMedia, the AT&T conglomerate that owns Warner Bros. (founded in 1923), is now run by Jason Kilar, best known as the former chief executive of Hulu. Last month, Disney chief executive Bob Chapek, the Robert Iger heir, announced a reorganization to emphasize streaming and “accelerate our direct-to-consumer business.”

Universal Pictures, owned by Comcast, has pushed aggressively into video-on-demand. Its first major foray, “Trolls,” kicked up a feud with theater owners. But as the pandemic wore on, Universal hatched unprecedented deals with AMC and Cinemark, the largest and third-largest chains, respectively, to dramatically shorten the traditional theatrical window (usually about three months) to just 17 days. After that time, Universal can move releases that don’t reach certain box-office thresholds to digital rental.

While the nation’s second largest theater chain, Regal Cinemas, has resisted such deals, there’s widespread acknowledgement that the days of 90-day theatrical runs are over. It’s something the studios have long sought for the potential benefit of covering both platforms with one marketing campaign. Many see the pandemic as accelerating a decades-long trend. 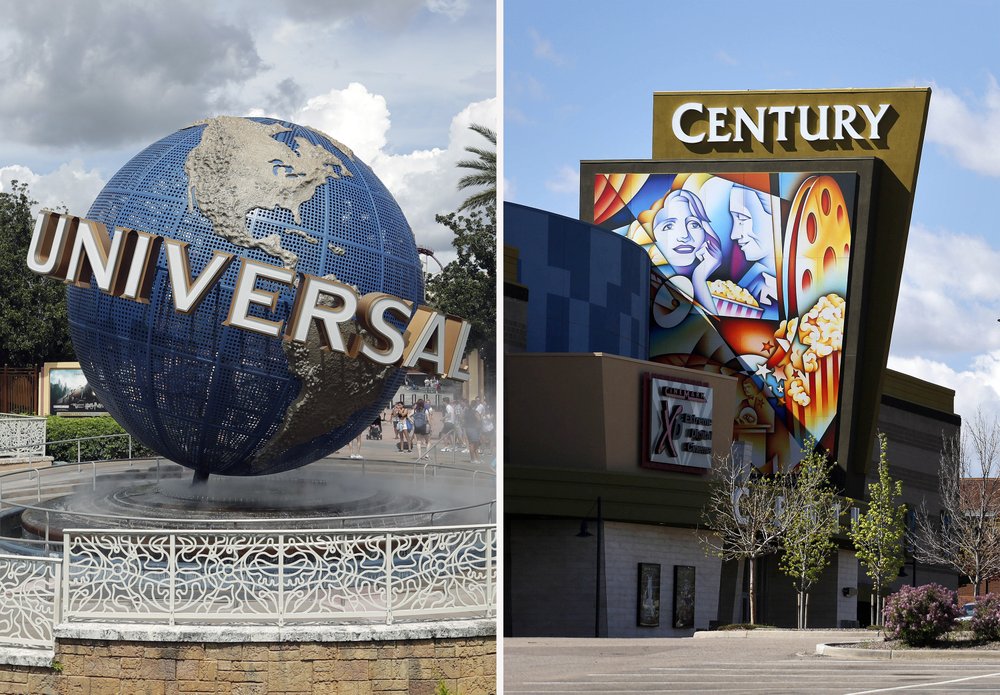 “Windows are clearly changing,” says Chris Aronson, distribution chief for Paramount Pictures. “All this stuff that’s going on now in the business was going to happen, the evolution is just happening faster than it would have. What would have taken three to five years is going to be done in a year, maybe a year and a half.”

That condensed period of rapid change is happening at the same time as a land rush for streaming market share, as Disney+, HBO Max, Apple and Peacock wrestle for a piece of the home viewing audience dominated by Netflix and Amazon. With theme parks struggling and worldwide box office down tens of billions, streaming is a bright spot for media companies, and the pandemic may offer a once-in-a-lifetime opportunity to lure subscribers. “Wonder Woman 1984” and “Soul” are essentially very expensive advertisements for those streaming services.

Each studio, depending on their corporate ownership and streaming positioning, is taking a different approach. Paramount, like Sony Pictures, doesn’t have a streaming service to offload films to. Both have held back their tentpole releases while selling more midsized films to streamers. For Paramount, “A Quiet Place: Part II,” “Top Gun Maverick” and “Mission: Impossible 7” are waiting for 2021 while “The Trial of the Chicago 7” fetched a reported $56 million from Netflix and Eddie Murphy’s “Coming to America 2” went to Amazon Prime Video for a reported $125 million.

HBO Max has had a bumpier rollout than Disney+, so “Wonder Woman 1984” is an especially critical gambit for WarnerMedia following the audacious release of “Tenet.” As the first tentpole to test theaters reopened with safety protocols and reduced capacities, it has made about $350 million worldwide — a lot considering everything but far less than originally hoped for. Credit Suisse analyst Douglas Mitchelson called the “Wonder Woman” plans — which include rolling theatrical runs in China, Europe and elsewhere — “a grand experiment that could have-lasting implications if successful.” 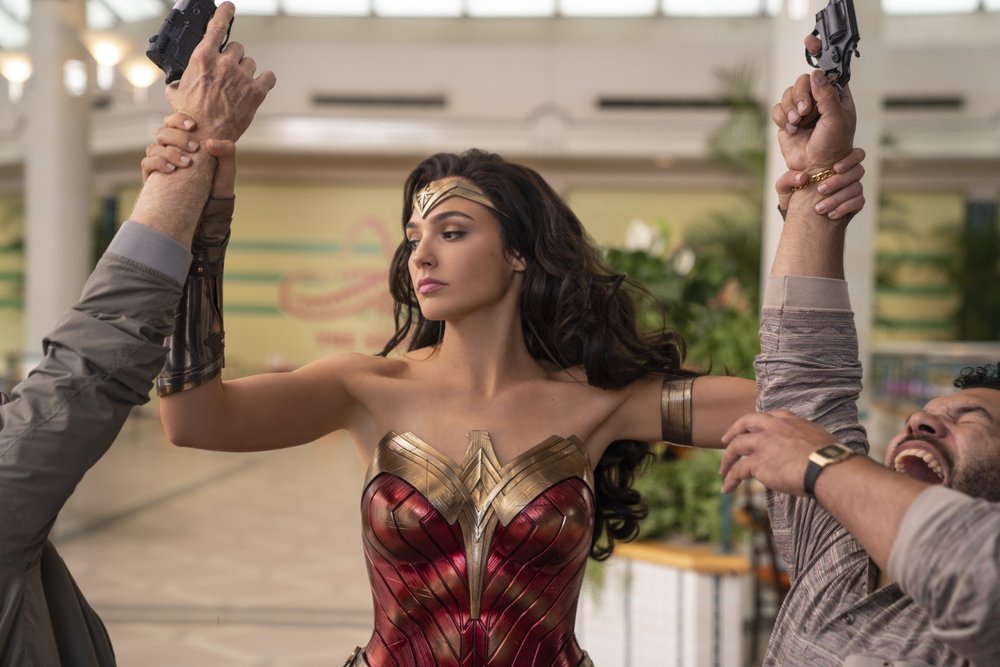 Director Patty Jenkins acknowledged the simultaneous release was a kind of sacrifice, not just to HBO Max but to families stuck at home. “At some point you have to choose to share any love and joy you have to give, over everything else,” Jenkins wrote on Twitter.

It can be easy to cheer such moves, even if their financial performance remain cloudy (no studio has been transparent about its viewership numbers or digital grosses) and their long-term viability uncertain. Can you replicate $1 billion in box office in new subscriptions? And for how long will the one-time bounce of a new movie (unlike a series staggered over weeks or months) drive subscribers once streaming services are closer to tapping as many homes as they can?

“The whole thing is more complicated than people want it to be,” says Ira Deutchman, the veteran independent film producer and Columbia University professor. “The way movies are made and distributed, certainly at the studio level, has been really in need of change and hopefully this will bring it on. But when people hear that, it’s like: The pandemic is the straw that broke the camel’s back and now theatrical is dead. I personally feel that’s garbage.”

Deutchman considers the idea that people, after a year of quarantines and lockdowns, won’t want to leave their living room “ludicrous.” But he does imagine continued mergers and acquisitions, and “a new equilibrium” for distributors and theater owners.

So what could that mean on the other side of COVID, if moviegoers are once again comfortable sitting in packed theaters on opening weekend? It will almost certainly mean the months-long runs of films like “Titanic” or “Get Out” are a thing of the past. It could mean variable pricing on different nights. It could mean an even greater division between the franchise films of the multiplex and the boutique art house, with everything in between going straight to streaming.

But after decades of slow but steady decline in attendance, most think movie theaters will have to innovate in a way other than raising ticket prices.

“The outlook is pretty dire in terms of being a major theatrical exhibitor,” says Jeff Bock, senior box-office analyst for Exhibitor Relations. He imagines shortened windows will mean few films — even the Marvel releases — ascending to $1 billion in worldwide box office. He can see some studios, like Disney, operating their own theaters as “mini-theme parks” with merchandising stuffing the lobbies.

In the meantime, theaters are hoping for much-needed relief from Congress. With the virus surging, about 40% of U.S. theaters are open; in New York and Los Angeles, they’ve stayed shut since March. Chains have taken on loans to stay afloat and avert bankruptcy. Cineworld, owner of Regal Cinemas (currently entirely closed) on Monday announced a deal for a $450 million rescue loan.

It will be a very different holiday season — usually the most lucrative corridor in theaters — for the movie business. How different 2021 and beyond will be remains to be seen. Some things, though, may never change.