Addressing the PEGIDA anniversary rally, Tommy Robinson, the ex-leader of the English Defence League (EDL), evoked millennia of civilisational struggle in Europe to protect its culture and borders in the face of the current migrant crisis, and demonstrate that it is nothing like the crisis seen after Word War Two.

“Europe is at a crossroads, the like of which we have not seen since the time of the crusades,” began Robinson, addressing the 40,000 strong crowd in Dresden.

“Such threats face us again. Muslim invaders failed many times during the crusades, and this gave Europe time to build a civilisation that is the envy of the world.

“We must learn from the past in order to build the future. We must look back and learn from the famous battles that saved Europe from Islam,” he said, listing off the numerous campaigns fought over hundred of years for European soil.

On the 13th of this month, at the launch of PEGIDA Netherlands in Utrecht, Mr. Robinson pledged his support for the group and called on peaceful anti-Islamisation groups all over Europe to unite under the PEGIDA banner.

Referring to himself as part of the movement, Robinson said: “We are a movement that is resolutely free from Jew hatred and racism. Those hatreds have no place in our reverence to defend what we in the last century fought two World Wars over.

“Every country has the right to defend itself, including Israel… so does every country in Europe, including Germany,” he said to great applause from the crowd.

“I encourage you people to refuse the shame game; refuse to feel guilty. Germany is not obliged to solve the refugee crisis… Your current Chancellor [Angela Merkel] seems to be handing out the birthright of German citizenship like she is handing out candy to children.”

“The facile charge against all of us is that the current refugee crisis is similar to that of World War Two, and like then, we are supposed to respond with great generosity.

“The difference of course – which we not permitted to speak about – Is the two evils:

“We are often silenced. Free speech is all but dead in Europe. We live in a post free speech era. The attacks on Charlie Hebdo have proven that to the whole world,” he said.

“Only in assemblies like these can the truth be spoken about Islam… Those like me who speak out about the danger facing our countries; we’re confronted with death threats and financial terrorism.

“We face harassment and persecution from the Muslims, leftists and the state.

He then spoke of an EDL protest in Aylesbury, Buckinghamshire against the recently exposed mass rape of children as young as 12 in the town.

“Even though I am no longer involved with the EDL, I know many in Germany support our efforts… Even last week members of the German Defence League traveled to Aylesbury to join and shout against the Muslim rape gangs who have persecuted girls across our beautiful country.

“I salute those German demonstrators.”

“Defence Leagues throughout Europe are necessary, because Governments and bureaucracies refuse to listen to the fears and concerns of the vast majority of people.”

“Uncontrolled immigration is nonsense and only serves the agenda of those who want to change our societies through either Sharia or a Marxist state. This current immigration is an invasion,” he said.

“A country that cannot control its borders will soon not be a country.” 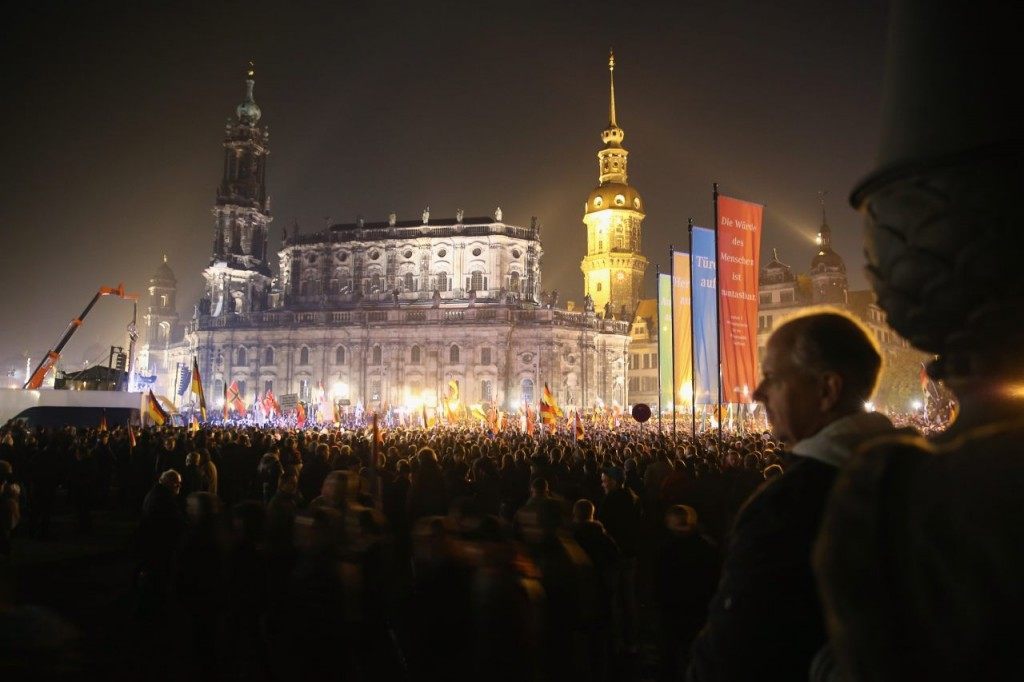 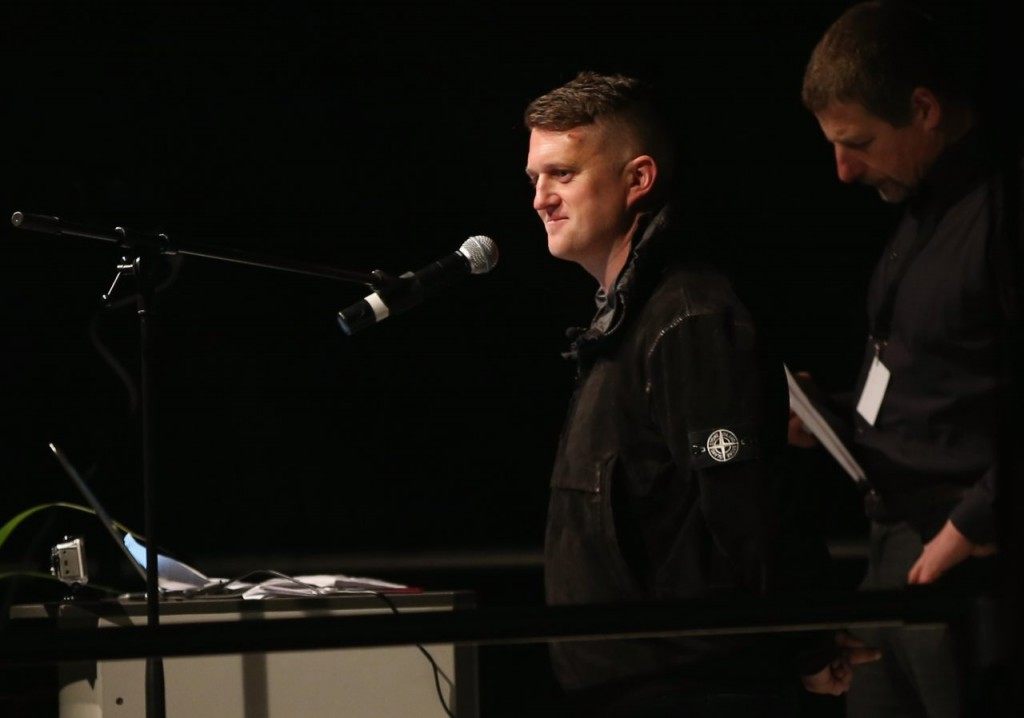 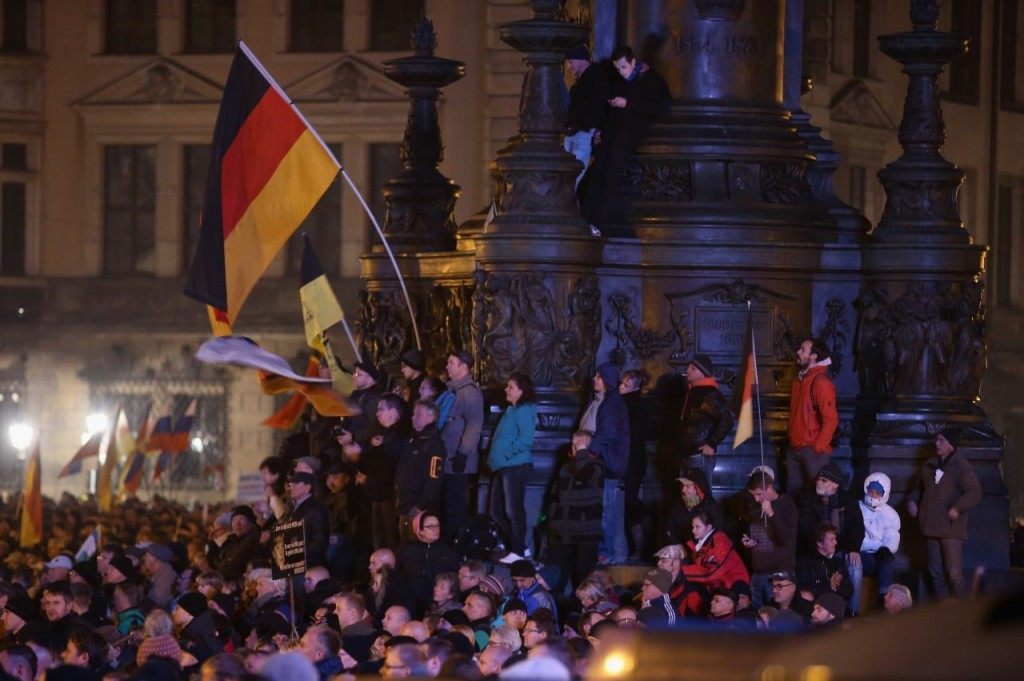 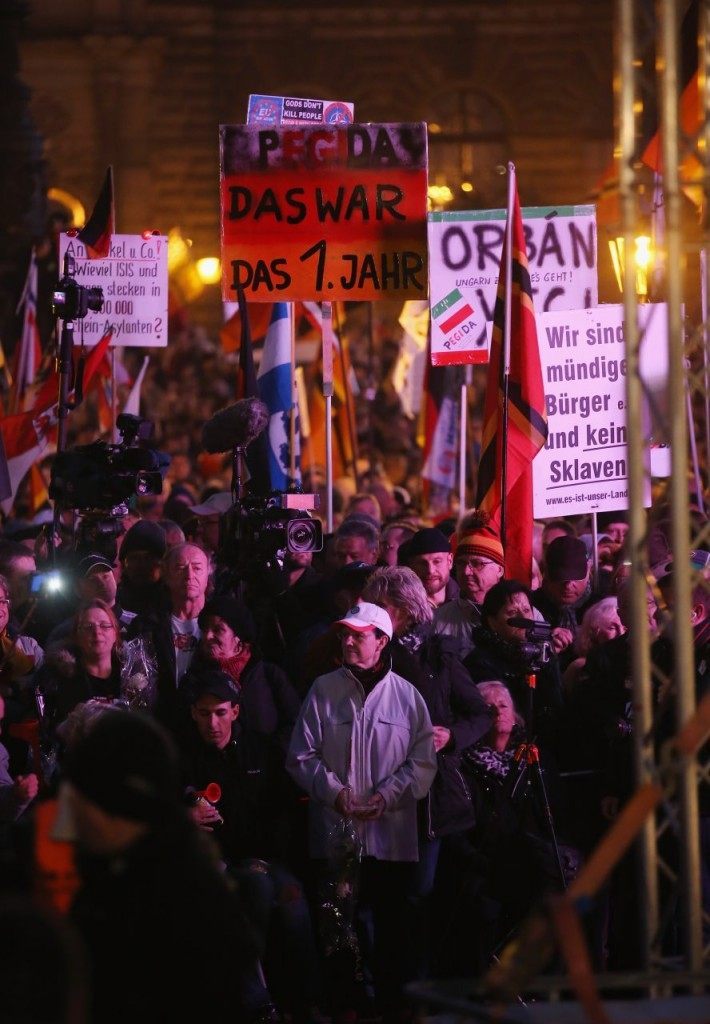 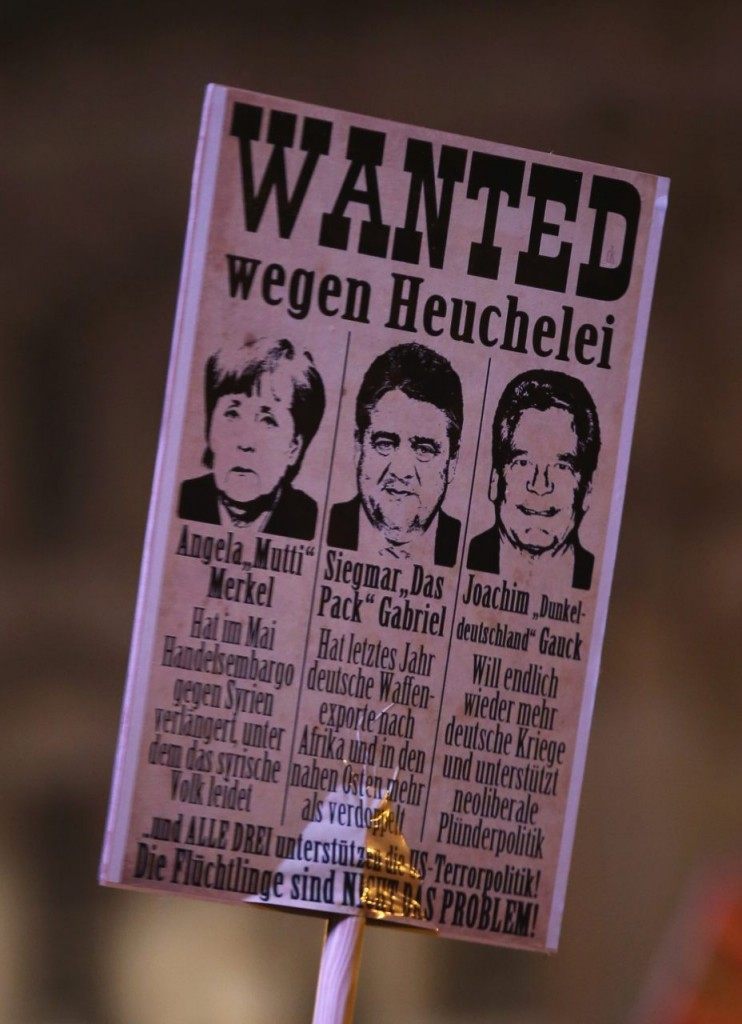