An Algerian ‘refugee’ staying in a German asylum centre has reportedly been arrested in relation to the Paris terror attacks. If confirmed, he would be the third terrorist implicated in the mass murder to have taken advantage of Europe’s open borders by masquerading as a refugee.

The man has been detained in the town of Arnsberg in western Germany. The investigation is centred on claims that he told several Syrian migrants in the accommodation that fear and terror would be spread in the French capital in the days before the Paris terror attacks, which left 129 people dead.

He also allegedly spoke about a bomb.

Werner Wolff, the senior public prosecutor in Arnsberg, confirmed the allegations were under investigation.

The Interior Minister for the state of North Rhine-Westphalia, Ralf Jaeger, told the Union Times: “There is currently an investigation into whether the man is an accomplice or a confidant.”

He said there is “no concrete evidence” that the Paris attackers had a connection with Germany, but made it clear the situation was “very serious”.

Mr. Jaeger said authorities were watching a number of Salafi Islamists who had been in Syria and Iraq. Breitbart London has previously reported on Islamists infiltrating German asylum shelters who are aggressively attempting to indoctrinate new arrivals.

Abdelhamid Abaaoud, 29, the “mastermind” behind Friday’s attacks and a notorious Belgian member of Islamic State, has himself travelled freely between Syria and Europe pretending to be a refugee.

He boasted earlier this year in the Islamic State propaganda magazine that he had travelled freely through Europe and plotted numerous attacks under the noses of the European authorities.

“My name and picture were all over the news yet I was able to stay in their homeland, plan operations against them and leave safely when doing so became necessary”, he said in the pages of Dabiq magazine.

A Syrian passport was also found next to the first Stade de France suicide bomber. The man named on the document, 25-year-old Ahmad Almohammad, entered Greece as an asylum seeker on the eastern Aegean island of Leros.

He travel along the popular Balkans migrant route, into the Schengen free movement zone and on to France, unchecked and unimpeded. 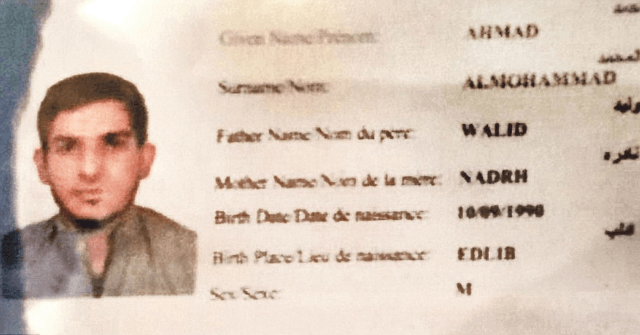 Yesterday, it emerged that France will call for an effective suspension of the Schengen open borders zone and the implementation of boarder identity checks at a EU summit on Friday.

As well as terrorists travelling up from Syria, the fact that heavily armed terrorists crossed freely between France and Belgium before the Paris attacks has added to anxiety about Europe’s open borders, already under strain because of the migrant crisis.

The French interior minister Bernard Cazeneuve foretold the French demands on Sunday. He remarked that “systematic and coordinated checks on borders inside the European Union” would now be essential in the fight against terrorism.

Adding: “Because terrorists cross Europe’s external borders and internal borders, we want the proposals that are made and the measures taken by France as those put in place by other European countries … to be enacted quickly”.

She added in a statement: “Our fears and our warnings about the possible presence jihadist among migrants that join our country are therefore unfortunately embodied in these bloody attacks”.

Hungarian Prime Minister Viktor Orban explained to his parliament on Monday in a speech titled “Attack on Europe”:

“In a deliberate and organised way, terrorists have exploited mass migration by mingling in the mass of people leaving their homes in the hope of a better life”.