(Reuters) – French authorities expect to finish clearing half of a migrant shanty town nicknamed the “Jungle” outside the northern port of Calais within days, a spokesman for the region said on Monday.

Thousands of migrants fleeing war and poverty in the Middle East, Africa and Asia have converged on Calais over the past year, hoping to find a way of getting across the Channel to Britain.

Most attempt to climb onto lorries or trains using the Channel Tunnel, and police have had to be deployed permanently in the area. 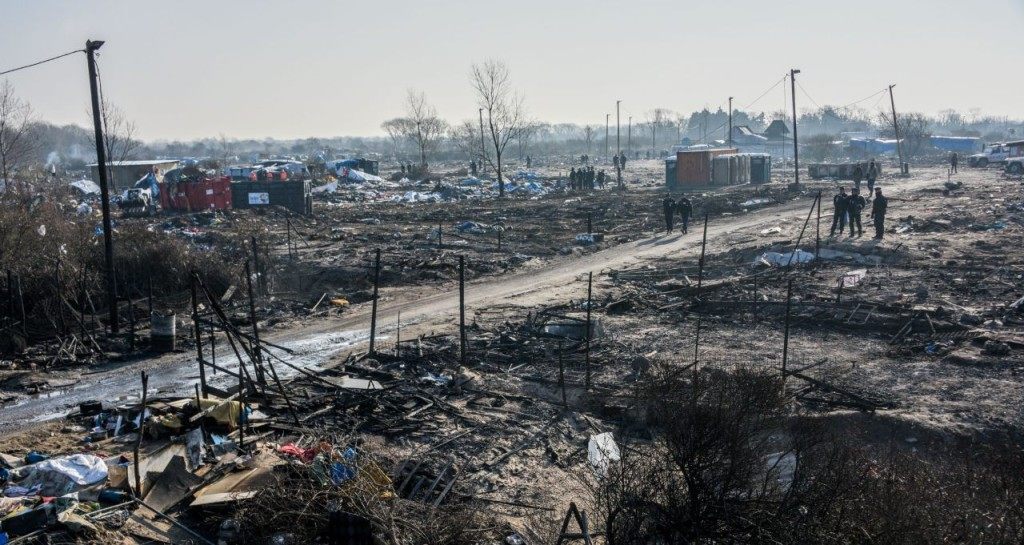 A general view taken on March 14, 2016 shows the southern part of the so-called ‘Jungle’ migrant camp during the dismantling in Calais, northern France. (DENIS CHARLET/AFP/Getty Images)

Authorities began evicting refugees from the southern part of the camp last month, although a few makeshift community buildings such as a school and a theatre are to be left.

“Around 5.5 hectares out of the 7.5 that are to be dismantled are now cleared,” the spokesman said.

Authorities say the evicted migrants are being offered a place in heated tents in the northern section of the camp, or encouraged to leave the area by bus for one of France’s 102 reception facilities.

A shelter made of converted shipping containers, opened earlier this year and designed to hold about 1,500 people, is already full, the spokesman said.

Several local humanitarian groups lodged a protest against the evictions, arguing that about 3,400 people including women and children were living in the earmarked area, more than triple the official estimate.