Zac Goldsmith’s campaign has been such an embarrassment that senior colleagues were on their way to TV studios to to criticise his performance even while the polls still remained open (admittedly I was doing so six months ago).

Goldsmith went from a 2/1 favourite to win to a 7/1 outsider in the space of half a year. He couldn’t have done worse had he spent the entirety of that time swilling champagne in his family’s country pile. But it’s not this election he needs to be worried about losing. His long-term reputation is now in tatters.

The Tory Mayoral candidate made his political name initially as a principled rebel, someone who was keen to stand up to the Prime Minister and anyone else on issues from airport expansion to right of recall. You perhaps couldn’t call him a conservative, or put him in any box, but he at least appeared as his own man. 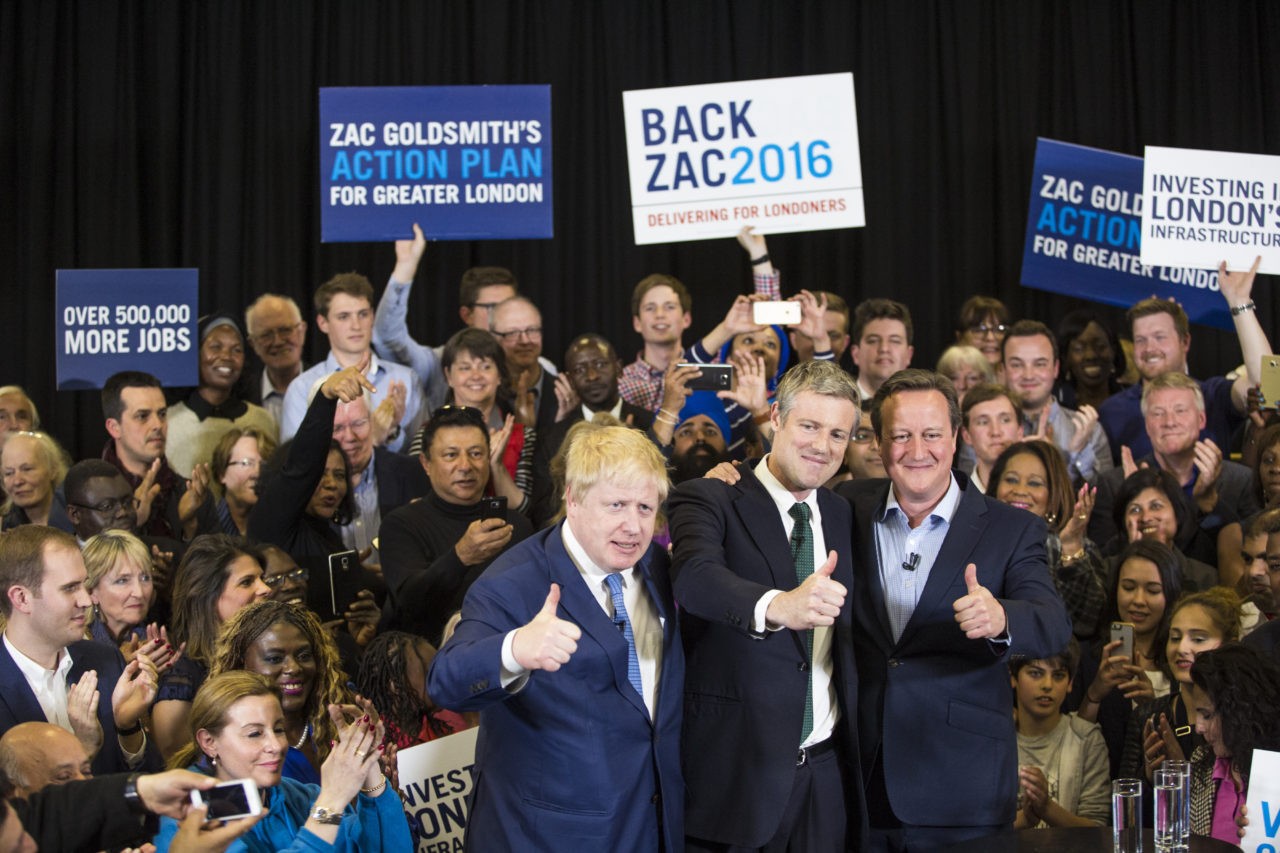 MAY 03: Goldsmith expected his enemies to come to his aid (Photo by Jack Taylor/Getty Images)

Conservatives were certainly willing to give him a hearing, appreciative of his personal and familial anti-establishment credentials, we didn’t want him to adopt every conservative position, but there was enough synergy that we hoped for an honest and productive dialogue.

No sooner had he begun pursuing the candidacy for the London Mayoralty however, he began swinging hard to the left to court the luvvie London establishment, attacked the right, and achieved nothing other than switching off the base crucial to any campaigning victory.

A large picture of Goldsmith and David Cameron together adorned Conservative Campaign HQ, as he swiftly shed his rebellious, independent approach, and bent over. He gave several interviews to Pink News – one in which he described himself as a “pansexual”, railed against religious conservatives and offered a deafening silence on the EU referendum to which he owes his political career.

“(Goldsmith) was effectively saying that people of conservative religious views were not to be trusted – that’s outrageous” Andrew Boff, Leader of Conservative Group, GLA.

Post-Mortems are already being issued suggesting his campaign failed when he went after Sadiq Khan’s links to Islamists, but this was an unsophisticated, desperate attempt to save a failed campaign, not the cause of its failure.

It may be that those around Goldsmith made mistakes on his behalf and that he is personally blameless, but it’s indicative of a very common tactic that all candidates seem to repeat, and ultimately if you aren’t strong enough to resist the left wing media then you don’t deserve conservative support. 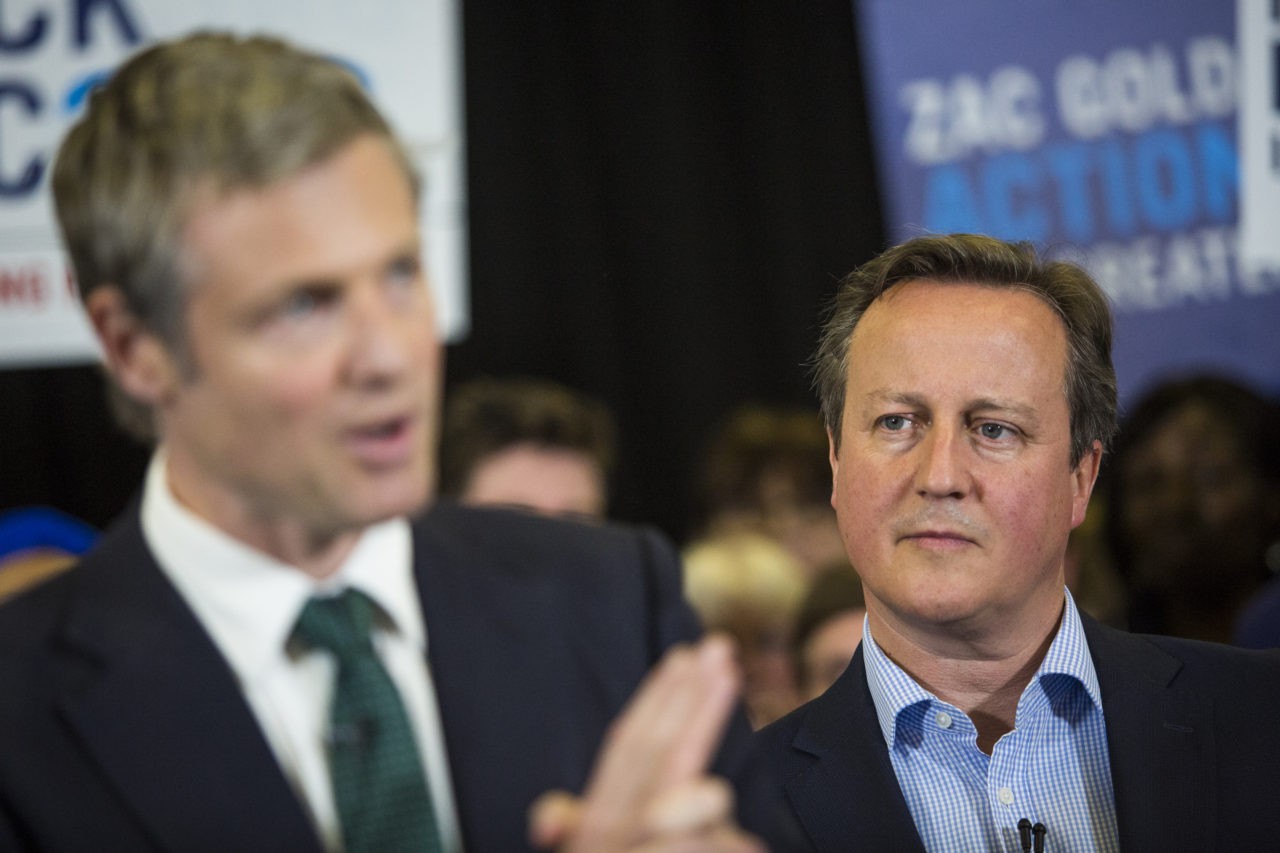 MAY 03: David Cameron is probably relieved he won’t have another troublesome Tory priest in high office (Photo by Jack Taylor/Getty Images)

Most political campaigns require a degree of compromise, but if there is one thing about politicians the public hates more than views opposed to their own, it’s candidates who are willing to do or say anything just to win.

In beginning your campaign by courting the left and attacking your base, you guarantee no one will be there when the going gets tough. You can see the same example in Cameron’s attack on tax avoidance followed by his own financial affairs falling under scrutiny, or Nicky Morgan’s madcap transgender policies followed by her floundering under the attack of the teaching unions. The conservative base could have gone a long way to turn all of these disasters around, but it’s marginalisation leaves us with no skin in the game, and no desire to defend when the left attack. Win or lose, if you stick to your principles and base, at the very least any loss is temporary and you are carried forward to future battles by the movement you represent.

Goldsmith will constantly be told by the media over the next week that he needs to do a mea-culpa over his Islamist-shaming of Khan if he wants political redemption. His priority should actually be to issue an apology to the right, not least for attacking our values, but also for wasting our time and money during a crucial EU referendum campaign. The best thing he could do is cut a large check for the Brexit campaign in his father’s honour and fight hard in that cause in the final few weeks.

The lesson for conservative candidates, or any candidate, is stick to your guns and, as Ronald Reagan said “dance with the one who brought you”, or you’ll likely find yourself alone and forlorn in defeat with fair weather friends departing, as Goldsmith does today.