British Prime Minister David Cameron steps down on Wednesday and Theresa May prepares to take his place following a momentous referendum to leave the European Union that has sent shockwaves around the world.

Cameron will hold his final weekly question and answer session in parliament before tendering his resignation to Queen Elizabeth II at Buckingham Palace.

The monarch will then call on May to form a government and the newly-anointed prime minister will make a statement outside her new Downing Street residence.

8:27pm – Britain’s New Foreign Sec Will Have An Awkward Time Dealing With Turkey

Just weeks ago, Boris Johnson won a competition in The Spectator for writing this poem about Turkish President Erdogan having sex with a goat:

There was a young fellow from Ankara

Who was a terrific wankerer

Till he sowed his wild oats

With the help of a goat

But he didn’t even stop to thankera.

David Davis (Leave) will be the minister in charge of Britain’s Brexit negotiations. 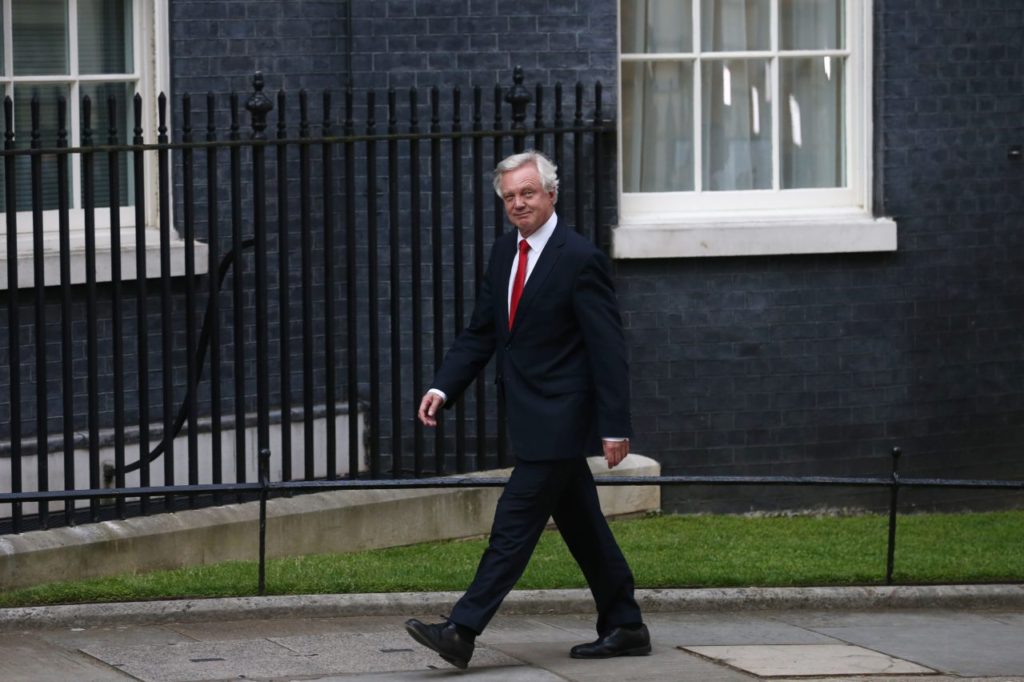 Liam Fox (Leave) has been appointed to head a new Department for International Trade. 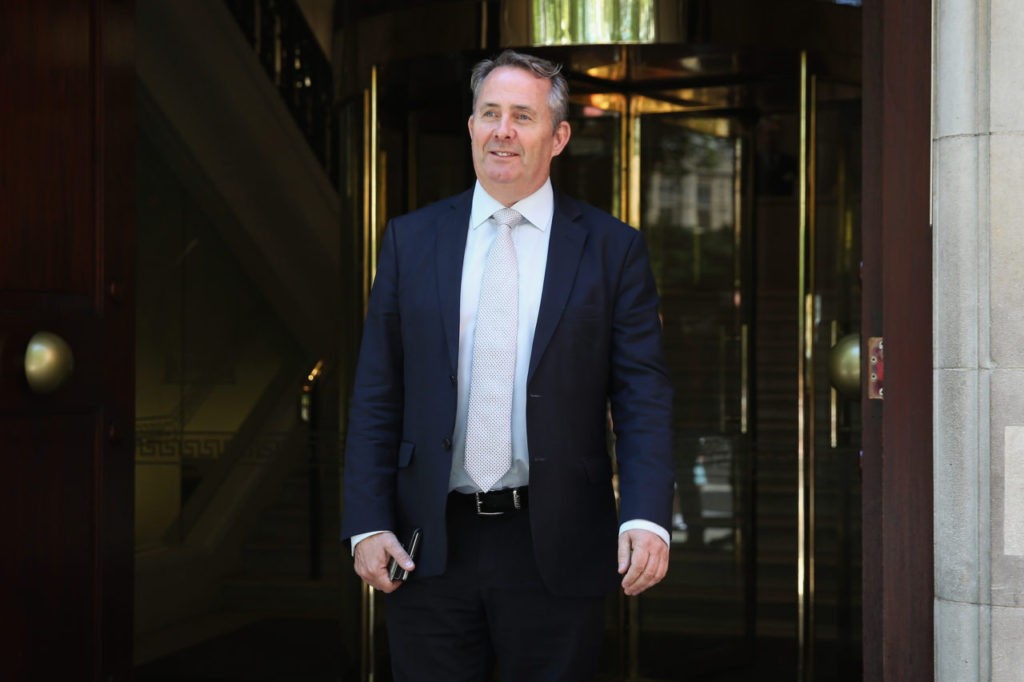 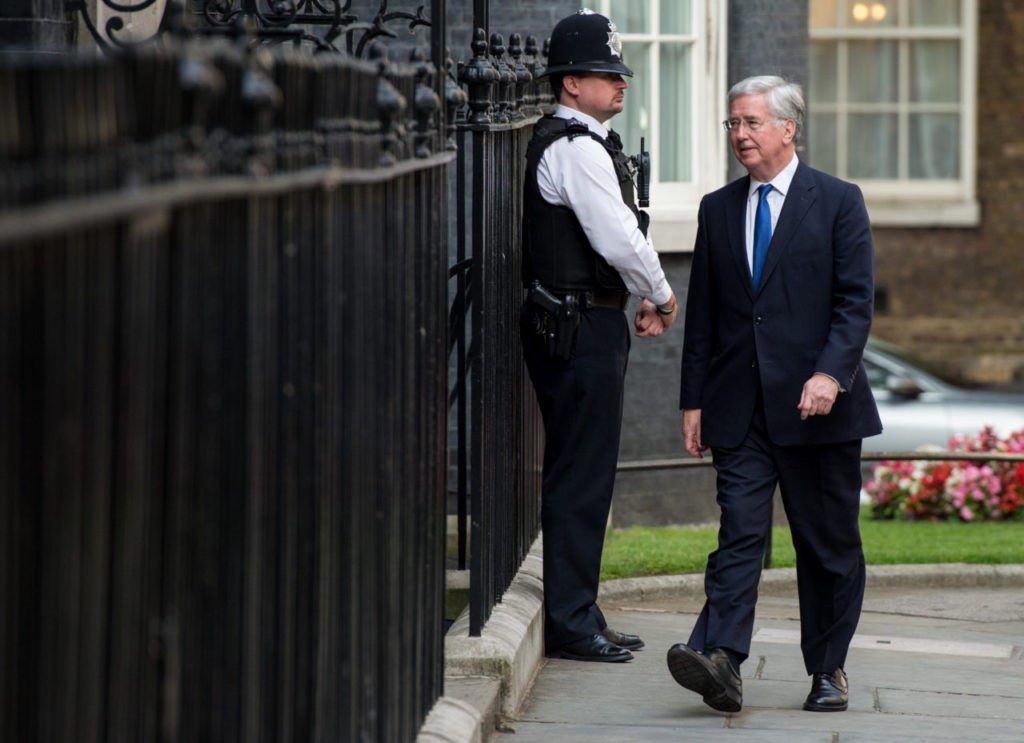 Amber Rudd (Remain) will replace Theresa May as Home Secretary. 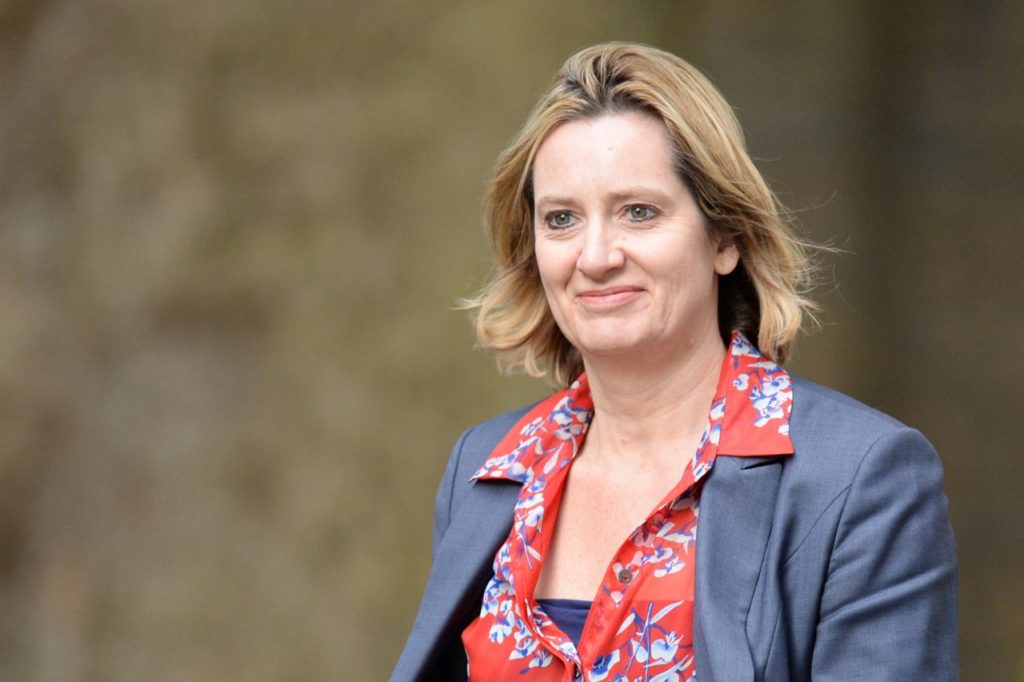 In a surprise announcement, Boris Johnson (Leave) has been appointed Foreign Secretary. 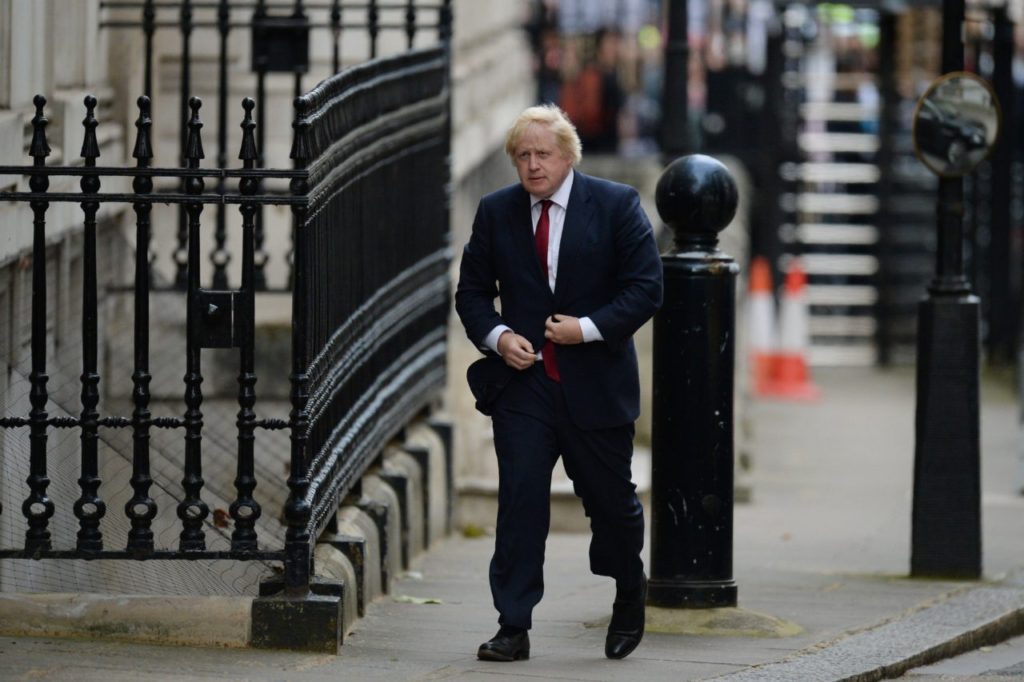 7.15pm – Hammond is Chancellor, Osborne out

Philip Hammond (Remain) is the first minister to meeting the new PM. Reports emerging he is the new Chancellor. George Osborne has resigned from the government. 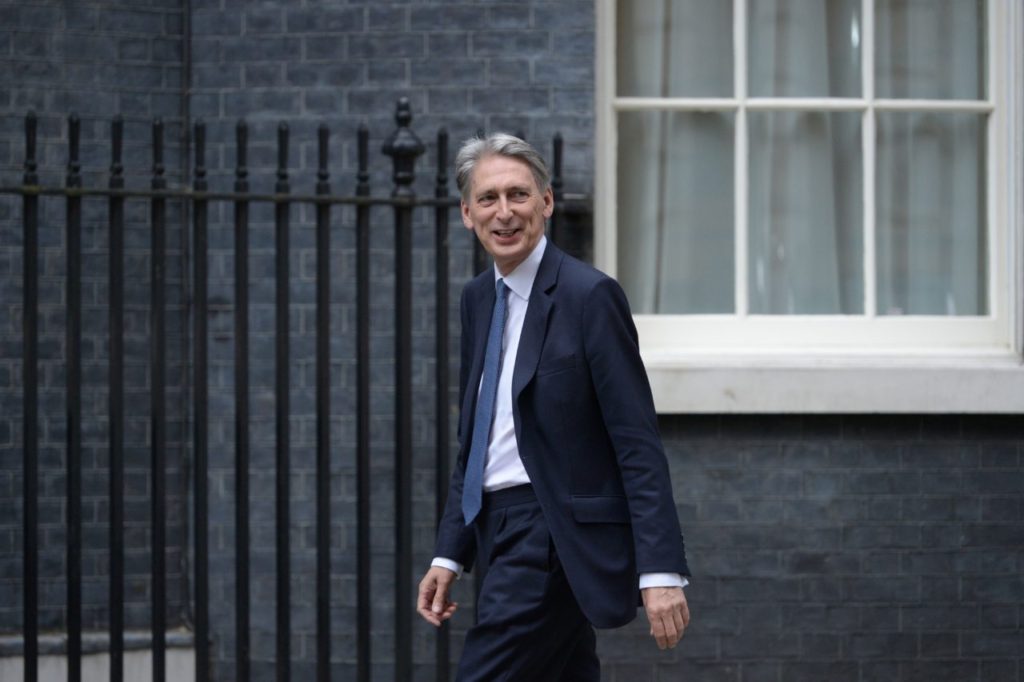 Breaking: George Osborne was sacked. Theresa May told him she didn't want him in her Cabinet. Wow. 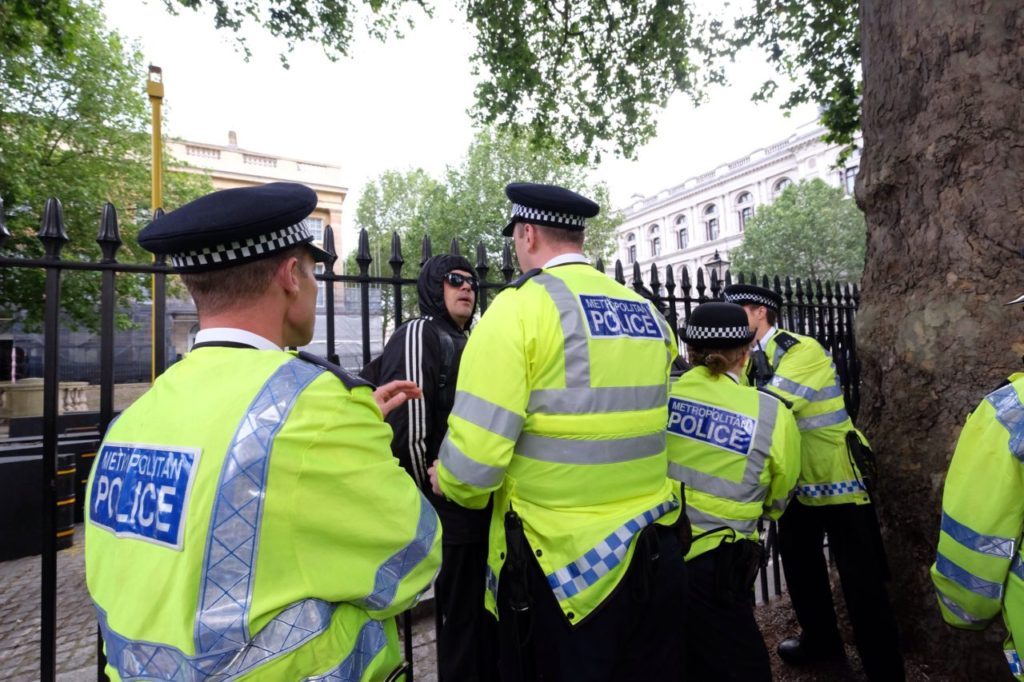 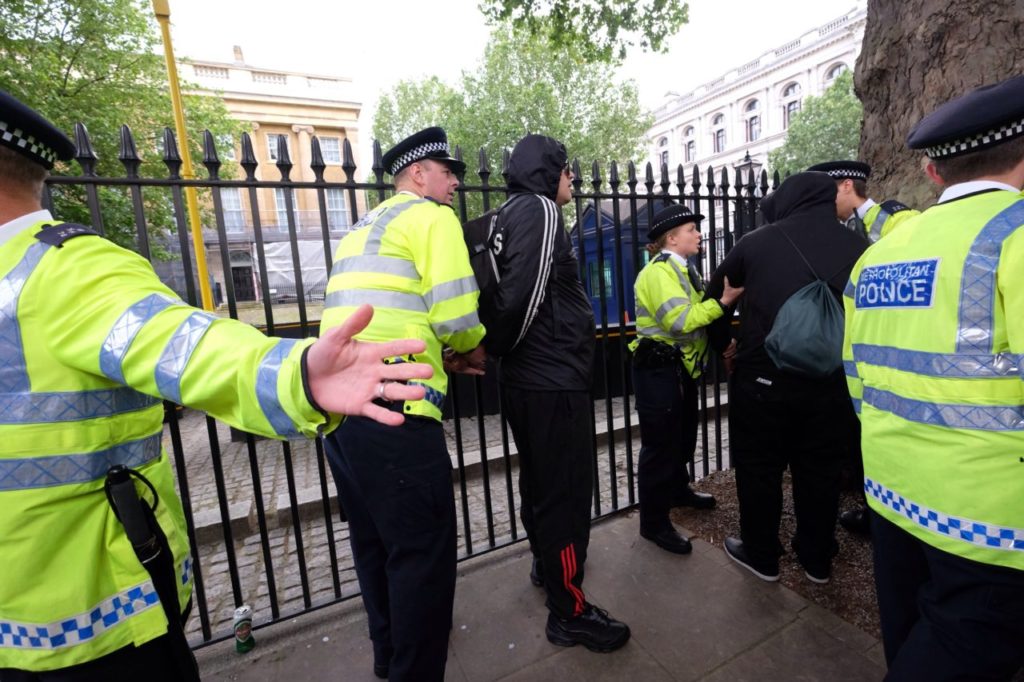 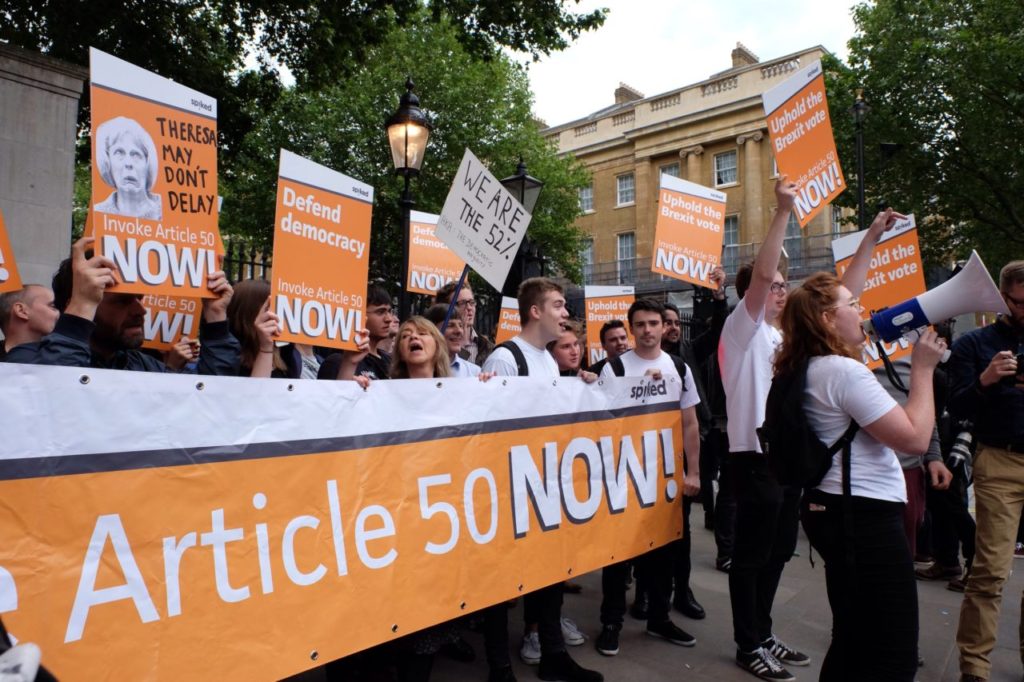 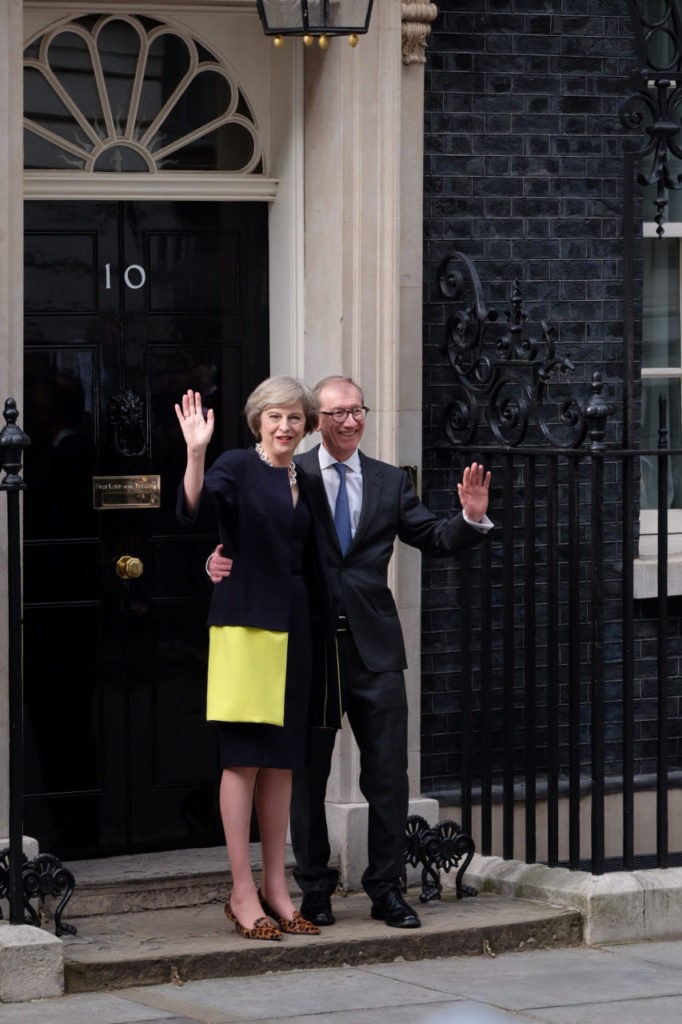 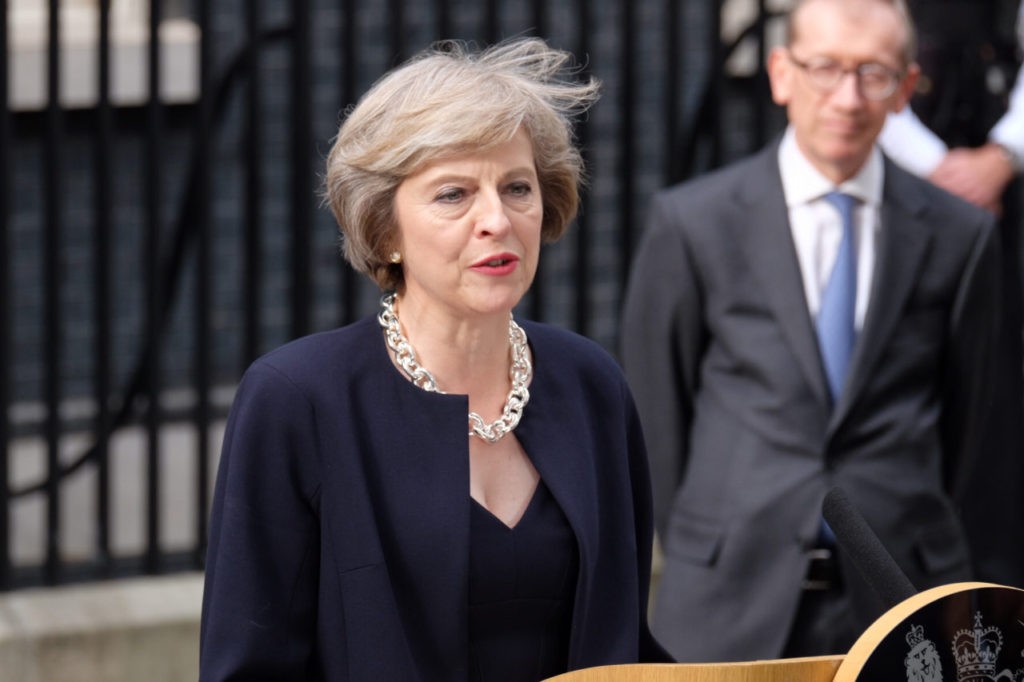 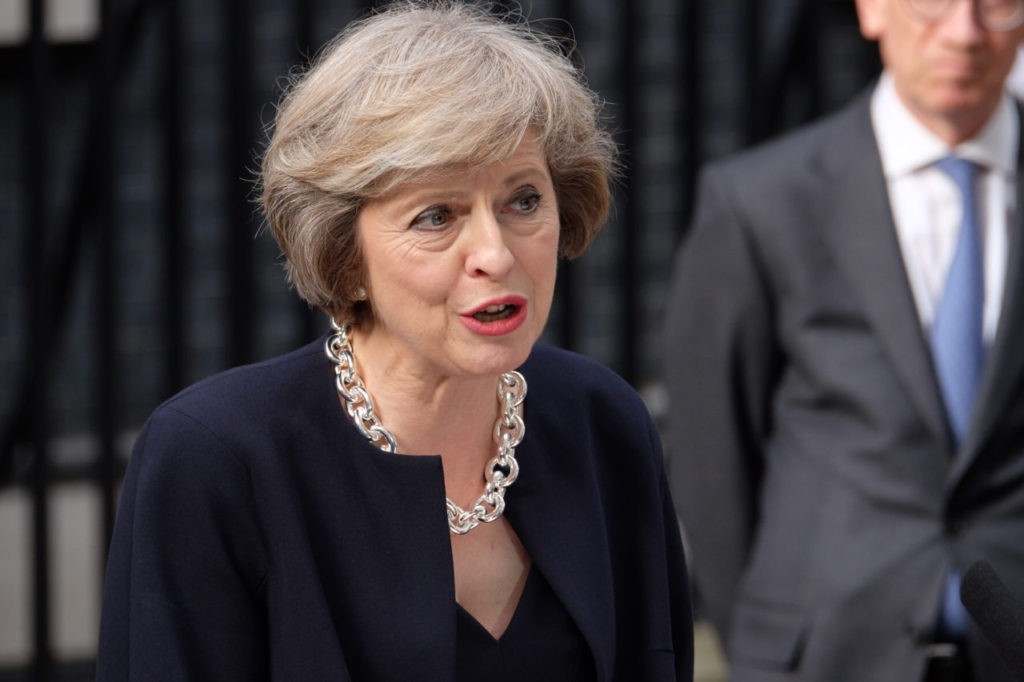 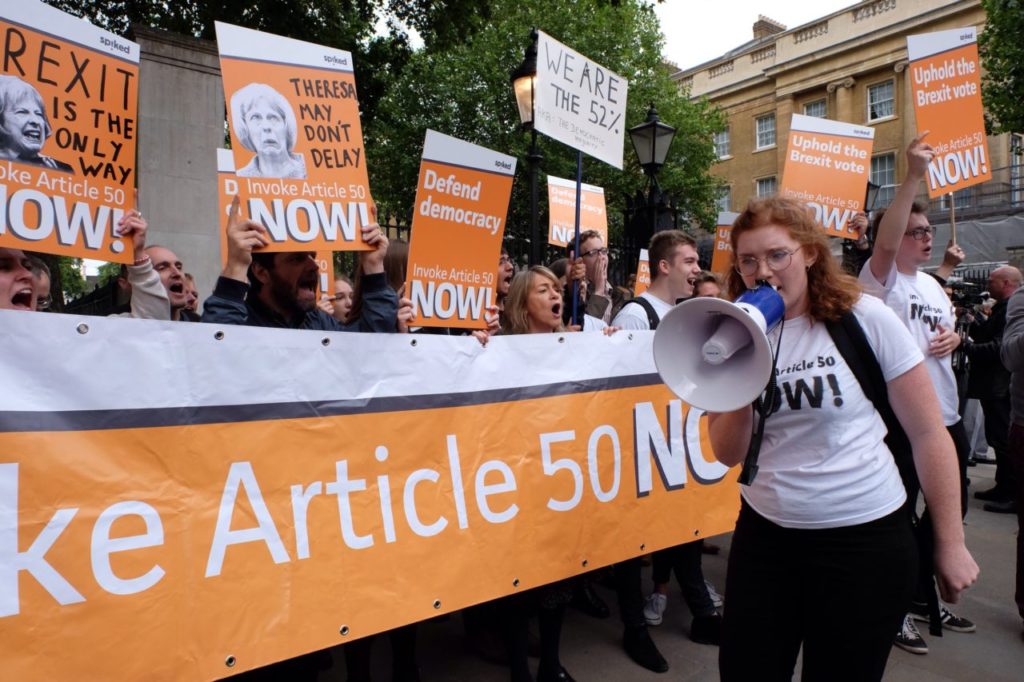 The new Prime Minister is receiving a security briefing after which the first appointments of her government are expected to be announced.

New Uk PM @theresa_may: David Cameron led One Nation government. It is in that spirit that I intend to lead. #MayDay pic.twitter.com/E99JYtK4G7

The new Prime Minister is on her way to Downing Street.

My warmest congratulations to @theresa_may – I look forward to working closely with you and wish you every success pic.twitter.com/lG1hWw36aO

.@Theresa_May has been officially appointed the second female Prime Minister of the United Kingdom pic.twitter.com/fBtbicqMqq

Theresa May meets the Queen as she is appointed new PM https://t.co/KhyTKxNdjL pic.twitter.com/EtDOd43WQu

BREAKING: Theresa May arrives at Buckingham Palace to be confirmed as British prime minister.

5:21pm – Theresa May is on her way to Buckingham Palace:

Queen Elizabeth II is about to appoint Theresa May as her 13th Prime Minister. In the mean time:

HM the Queen has now (temporarily) assumed absolute control of the United Kingdom.

Artist Kaya Mar has drawn this portrait of Theresa May to welcome her to 10 Downing Street. pic.twitter.com/CoMugHSqGp 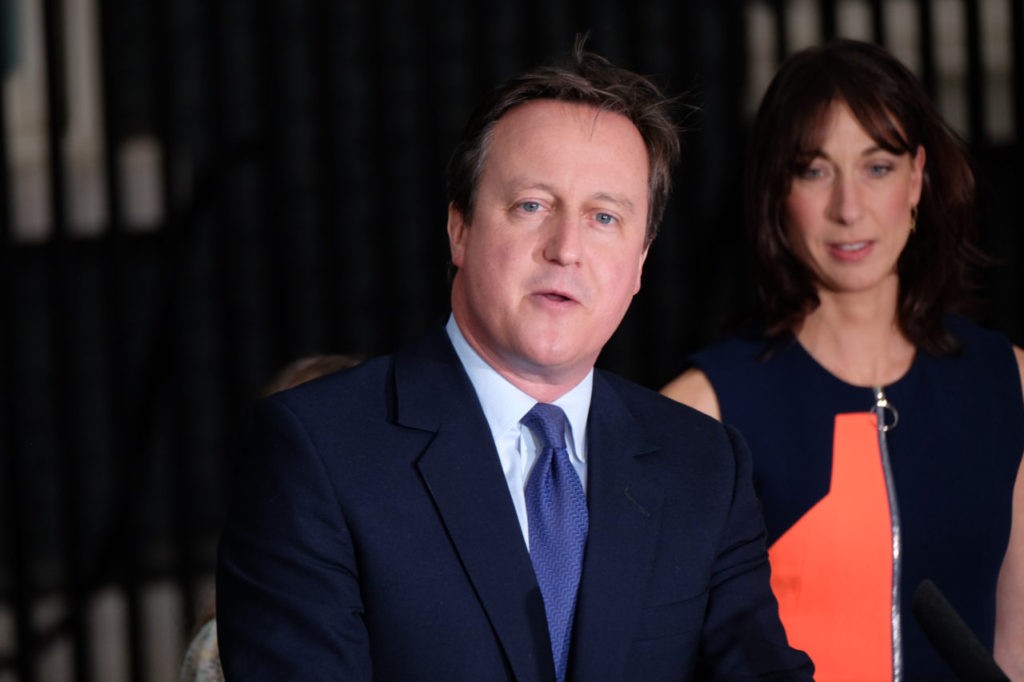 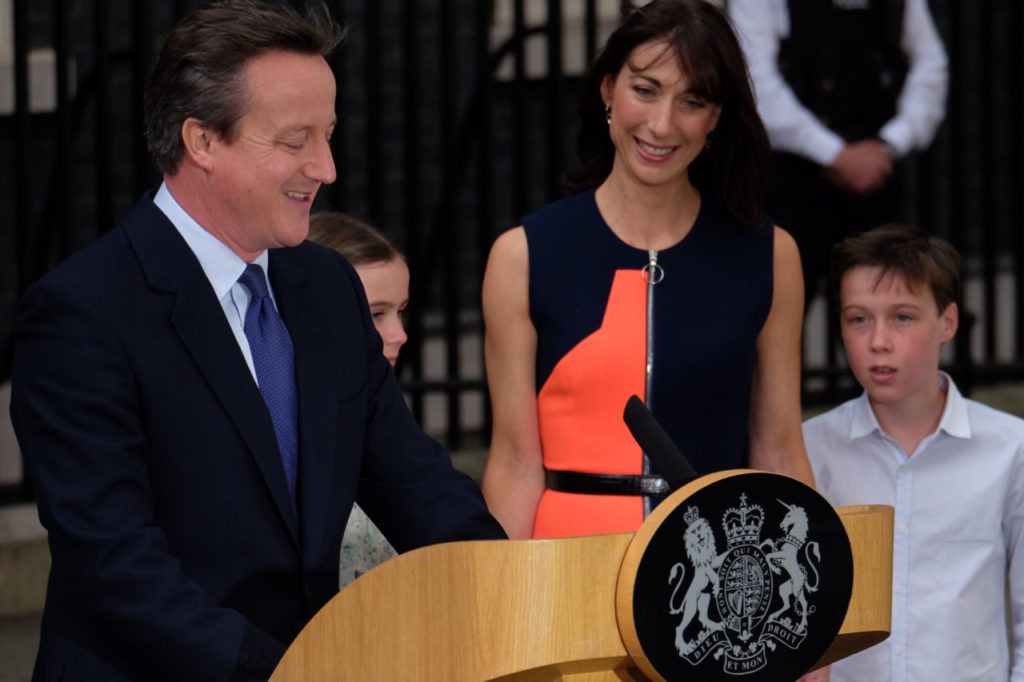 5.06pm – There is presently no Prime Minister

With David Cameron having submitted his resignation and Theresa May not yet appointed, Britain is briefly an absolute monarchy as the Queen temporarily takes on the Prime Minister’s powers.

She probably will not exercise them, though.

So PM has resigned – May not there yet, Her Majesty has briefly "taken back control"

4:58pm – David Cameron is now meeting the Queen to submit his resignation

Donald Tusk, president of the European Council, has prematurely congratulated Theresa May: 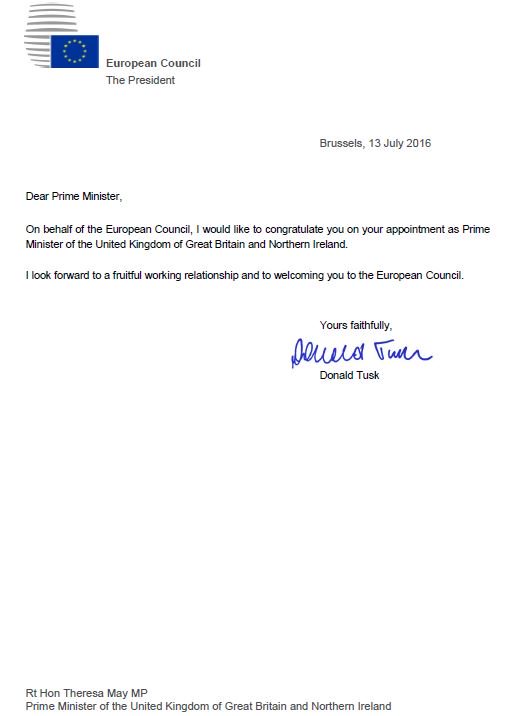 4:23 – Queen arrives back at Buckingham Palace for power transfer:

Unclear whether he’s resigned or been sacked.

No word yet on whether he’s been moved or sacked completely.

David Cameron will travel to Buckingham Palace to tender his resignation to the Queen at 5pm. As it will be tea time, she may invite him to stay and chat for a while before summoning Theresa May. 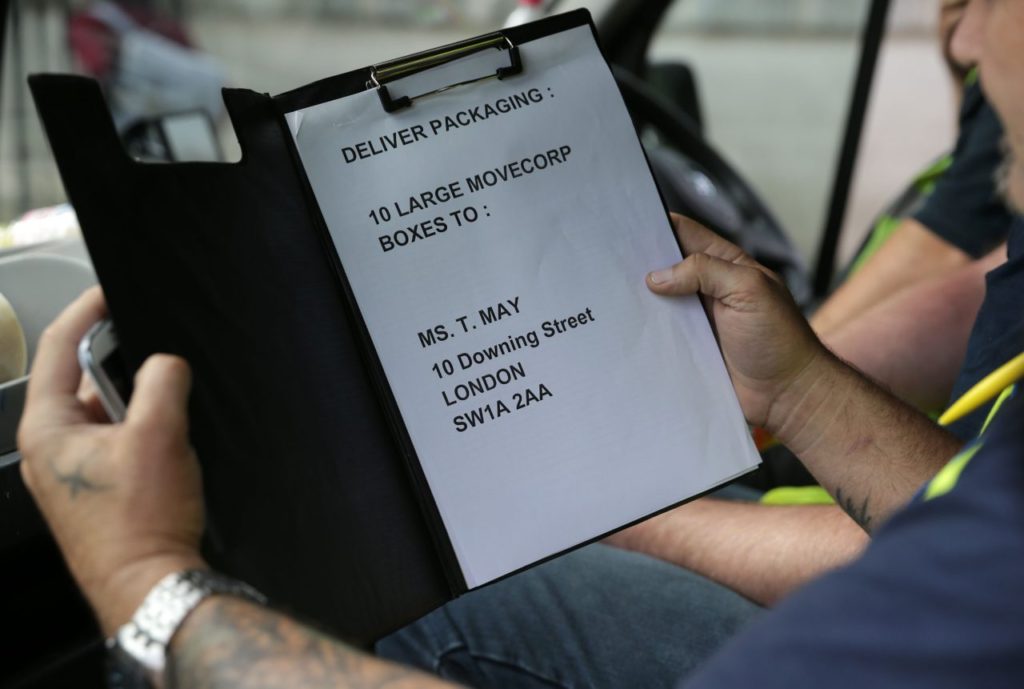 A delivery packaging list featuring the name of the new leader of Britain’s Conservative Party and future British Prime Minister Theresa May is pictured in the hands of removal personnel as they arrive at the back of 10 Downing Street in London on July 13, 2016.
Theresa May will become Britain’s second ever female prime minister on Wednesday July 13, 2016, when David Cameron steps down after a seismic referendum to leave the European Union that sent shockwaves round the world and wrecked his career. / AFP / DANIEL LEAL-OLIVAS (Photo credit should read DANIEL LEAL-OLIVAS/AFP/Getty Images) 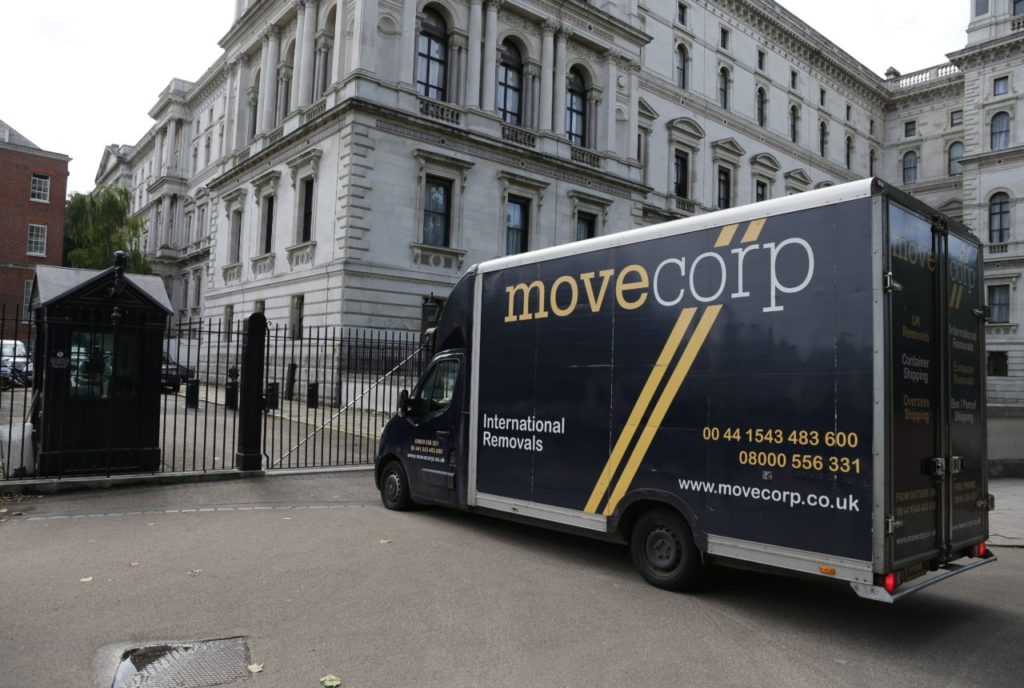 1.00pm – Cameron leaves Westminster for the last time as PM:

12:37pm – Cameron applauded as he finishes his last ever PMQs:

Poor show from the Labour front bench. Not impressed in our office! pic.twitter.com/q5mI0pMLRW

He asks the outgoing Prime Minister: “He came into power planning to get rid of the deficit and to stop his party banging on about Europe. How has that gone?”

12:21pm – Cameron says Britain should stay as close as possible to the EU

Corbyn says he wishes PM & his family well & asks him to pass on thanks to his mum for her advice on his clothes. Nice touch. #PMQs

Corbyn "it's only right" to thank PM for his service, mentions gay marriage but adds it was Labour votes that helped it pass #PMQs

.@David_Cameron begins final #PMQs with Wimbledon and a joke: "the diary for the rest of my day is remarkably light" https://t.co/998FPchzWV

A spokeswoman for Mrs May said: “Civil servants have already been charged with finding a building to house the Brexit department – an indication of Theresa’s commitment to get on with delivering the verdict of the EU referendum. Brexit means Brexit and we’re going to make a success of it.”

She added: “It was Theresa that set up the campaign to elect more female MPs to parliament – and she has always believed that there should be more women in prominent government positions.”

11:23am – Here’s a running order of what we expect to happen today:

Midday – Cameron takes his last ever Prime Minister’s Questions in the House of Commons.

Early afternoon – Cameron travels to Buckingham Palace to formally hand his resignation to the Queen.

Mid-afternoon – The Queen invites Theresa May to form a government.

Evening – the first new cabinet appointments may be announced.

Reshuffle Time. 72 hours of saying congratulations to colleagues through gritted teeth while thinking "it should have been me". #SuchFun

(AFP) – British Prime Minister David Cameron steps down on Wednesday and Theresa May prepares to take his place following a momentous referendum to leave the European Union that has sent shockwaves around the world.

Cameron will hold his final weekly question and answer session in parliament before tendering his resignation to Queen Elizabeth II at Buckingham Palace.

The monarch will then call on May to form a government and the newly-anointed prime minister will make a statement outside her new Downing Street residence.

European leaders have asked the government to move quickly to renegotiate its relationship with the EU but May has indicated she will not be rushed into triggering the formal procedure for Brexit.

The 59-year-old, who will become Britain’s second female prime minister after Margaret Thatcher, also has to attempt to bridge Conservative Party divisions and deal with a potential economic downturn.

Her other daunting challenges include keeping pro-EU Scotland from bidding for independence in order to stay in the 28-nation bloc, and weaving new global trade and diplomatic alliances to prepare for a post-Brexit future.

May campaigned with Cameron for Britain to stay in the EU and she will also have to convince Brexit supporters that she will implement the result of the June 23 referendum to leave the EU as she has promised.

After six years in office, Cameron announced he would resign the day after the vote. He will chiefly be remembered for proposing the referendum in the first place and then spectacularly failing to clinch it.

He sought to deflect that criticism in an interview with the Daily Telegraph on Wednesday, saying: “As I leave, I hope people will see a stronger country, a thriving economy and more chances to get on in life.

“It has been a privilege to serve the country I love.”

May’s bid for his job accelerated as key proponents of Britain’s EU withdrawal, including charismatic former mayor of London Boris Johnson, stepped back in a head-spinning round of political bloodletting.

The vote exposed deep inequalities in British society which May has promised to address and upended the political scene, sending her Conservatives and the main opposition Labour Party into turmoil.

Labour’s embattled leader Jeremy Corbyn, who was accused of failing to persuade working-class voters to back EU membership, now faces a bitter leadership contest of his own against rebel lawmaker Angela Eagle.

Investors will be watching May’s first days in office closely but with greater optimism as the value of the pound, which fell by up to 15 percent against the dollar and the euro in the days of the Brexit vote, has rebounded on news of her impending promotion.

“Theresa May’s virtual ‘coronation’ as prime minister has delivered a boost to the pound as the clouds of uncertainty following the Brexit vote start to disperse,” said market analyst Neil Wilson at ETX Capital, a financial trading company in London.

May is expected to begin announcing cabinet picks later on Wednesday and these could reportedly include current energy minister Amber Rudd, foreign minister Philip Hammond and Brexit campaigner Chris Grayling, the Conservatives’ House of Commons leader.

May has been a tough-talking interior minister for the past six years and is something of an unknown quantity internationally, although she has received ringing endorsements from party colleagues and a normally sceptical British tabloid press.

She is also liked in and around Maidenhead, the well-to-do commuter town west of London that she has represented in parliament since 1997.

“She will get this country back on its feet,” said 69-year-old Jim Charlesworth, a neighbour of May and her banker husband Philip.

The daughter of a Church of England vicar, May is a cricket fan with a sober, well-mannered demeanour who lists her hobbies as cooking and walking.

She shows a flash of flamboyance with a colourful shoe collection — particularly her leopard-skin heels — which has become famous in the British press.