Hundreds of people attended a vigil for the victims of the Berlin attacks held by prominent members of the anti-mass migration Alternative for Germany party and NGO Einprozent last night, but faced left-wing counter protesters.

The event was labelled “Merkel Muss Weg” or “Merkel must go” and was organised by both the populist Alternative for Germany (AfD) party and the anti-mass migration non-governmental organisation Einprozent.  An hour long, the event saw hundreds of people gather mere footsteps away from the German Chancellery, the state home of German Chancellor Angela Merkel. Their message was clear: the migrant policies of Merkel were to blame for the attack. 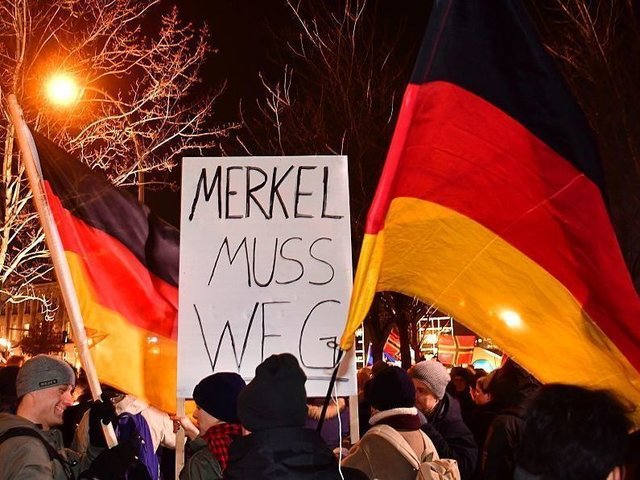 The vigil was hosted by Brandenburg AfD politician Franz Wiese who has been a member of the Brandenburg parliament since 2014. Also in attendance was AfD parliamentary leader in Thuringia Björn Höcke who made headlines after he brandished a German flag and expressing his love of Germany on a television programme, spurring outrage from many in the establishment German press.

The most prominent politician at the event was AfD deputy leader Alexander Gauland. Mr. Gauland has been a driving force, along with Mr. Hocke, to put forward policy proposals within the AfD against the Islamisation of Germany. Recently, Gauland slammed the German government’s largely negative reaction to the election of Donald Trump in the U.S. calling the comments of  Defence Minister Ursula Von der Leyen and Foreign Minister Frank-Walter Steinmeier “embarrassing.”

On behalf of the anti-mass migration Einprozent NGO, publisher Götz Kubitschek attended the vigil. Mr. Kubitschek is known in Germany for operating the right-wing German conservative publishing house Verlag Antaios and the magazine Sezession. He is also a former editor of the right-wing daily paper Junge Freiheit and has previously spoken at PEGIDA rallies in Dresden. 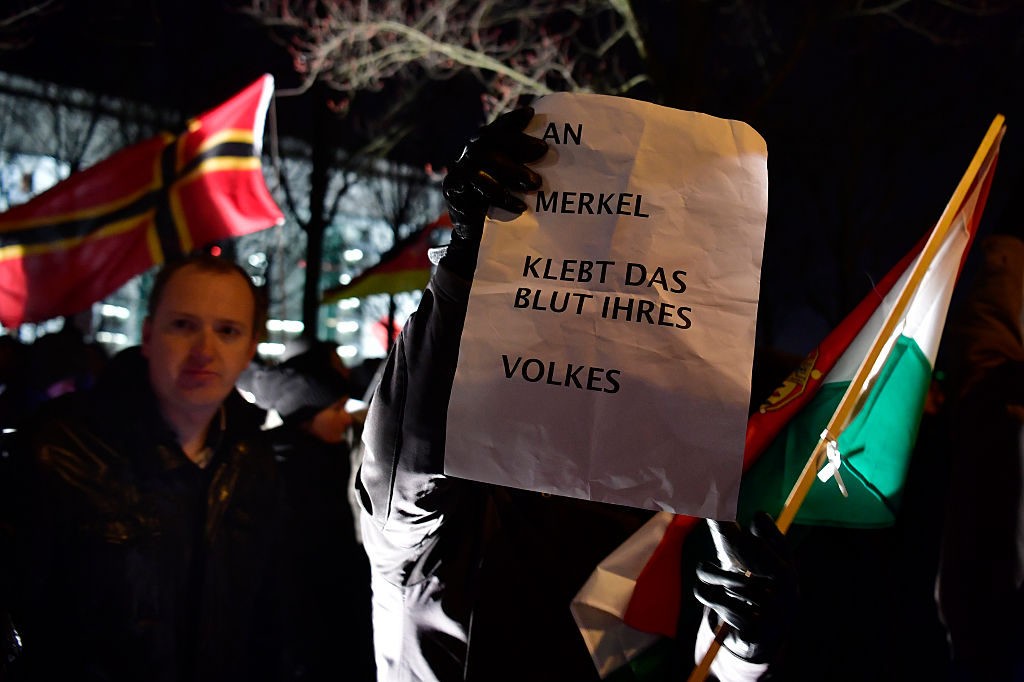 The vigil was a largely sombre affair with pieces of music played to honour the twelve people who lost their lives in Monday’s attack and the close to 50 who were seriously injured. A pastor spoke to the crowd saying, “Christians have a duty to resist,” and said political mistakes had been made and “they must and could be reversed.”

During one of the quieter moments, left-wing counter-protestors shouted their displeasure with the vigil chanting “Refugees welcome! Nazis out!”  and holding signs with hearts on them. 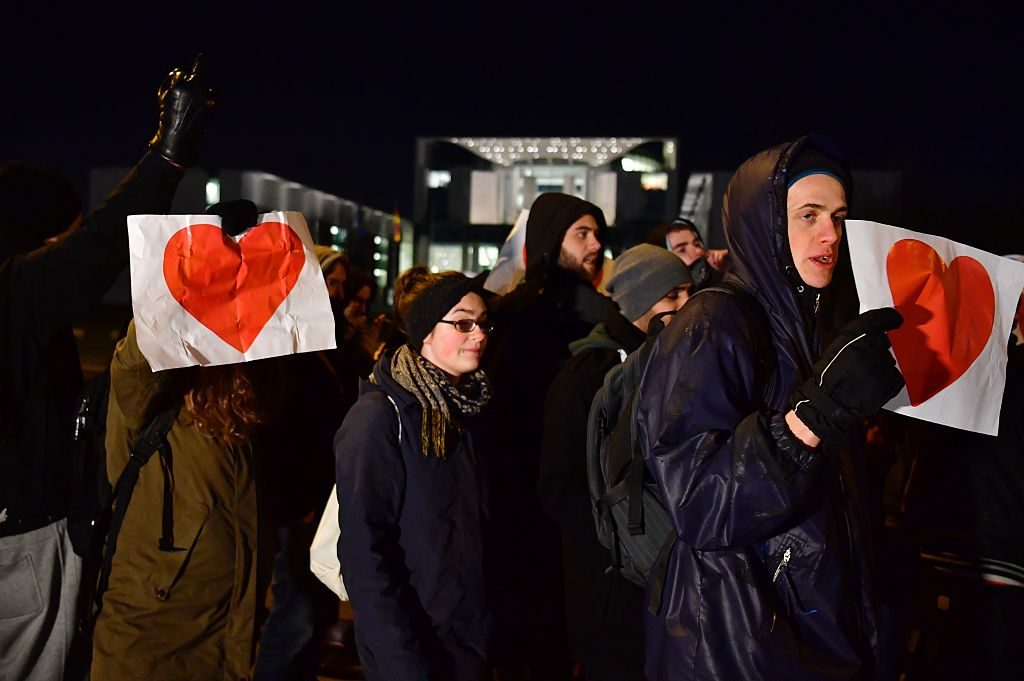 At the end of the vigil,  Mr. Wiese announced that there would be another demonstration against the German Chancellor on Wednesday,  January 11th.