A motley crew of student activists, special interest groups and far-left extremists took to the streets of London to protest racism, Brexit, Trump and whatever else caught their fancy on March 18th.

The so-called ‘March Against Racism’ was organised, at least nominally, by the ‘Stand Up To Racism’ group, but attracted a number of extreme fringe groups such as the Black Bloc and the Worker-Communist Party of Iran.

Its attendees appeared to be more concerned with attacking U.S. president Donald Trump than addressing the wider issue of racism as such, and featured an eclectic mixture of signs ranging from bland to abuse to downright bizarre. 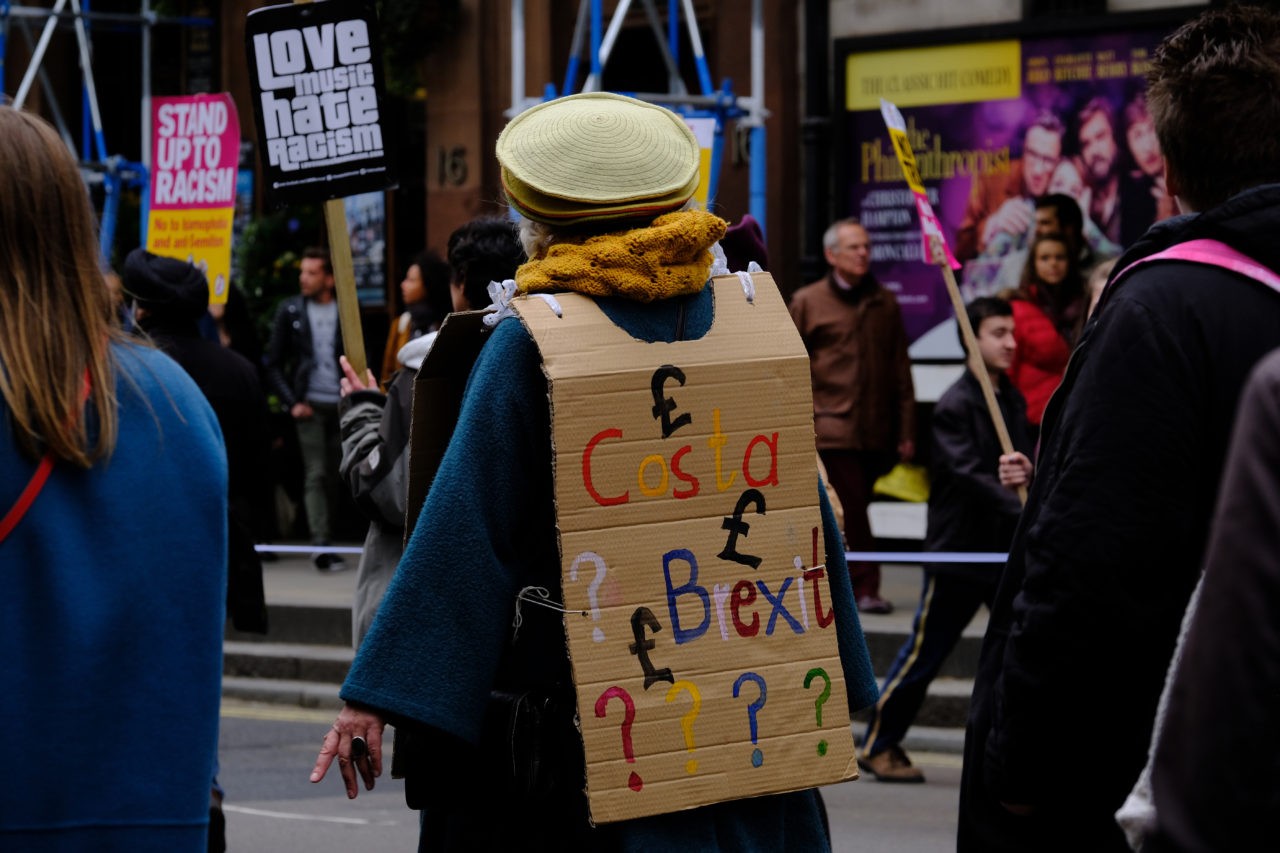 June 24th 2016 called; it wants its futile anti-democracy cardboard sandwich board back. 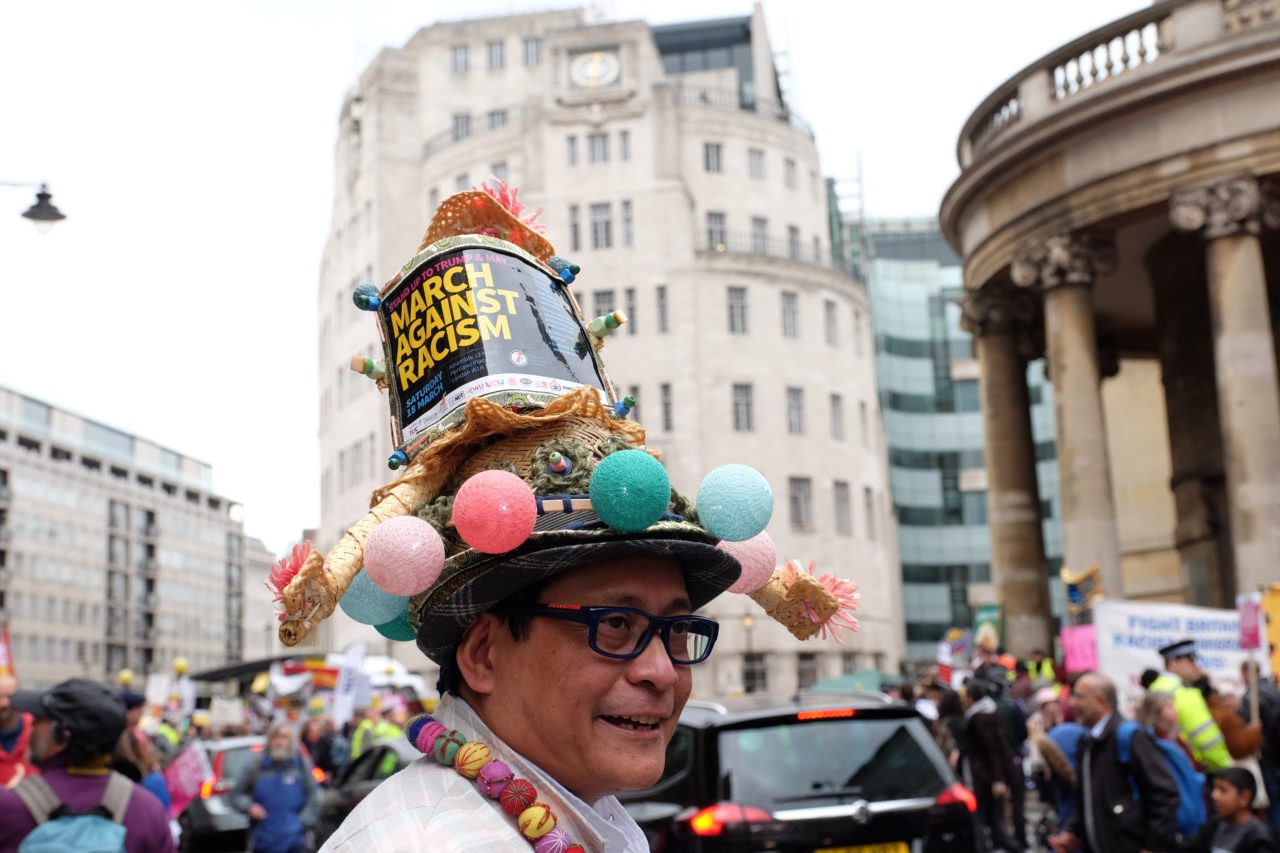 Now this is a face that cries, “Revolution!” 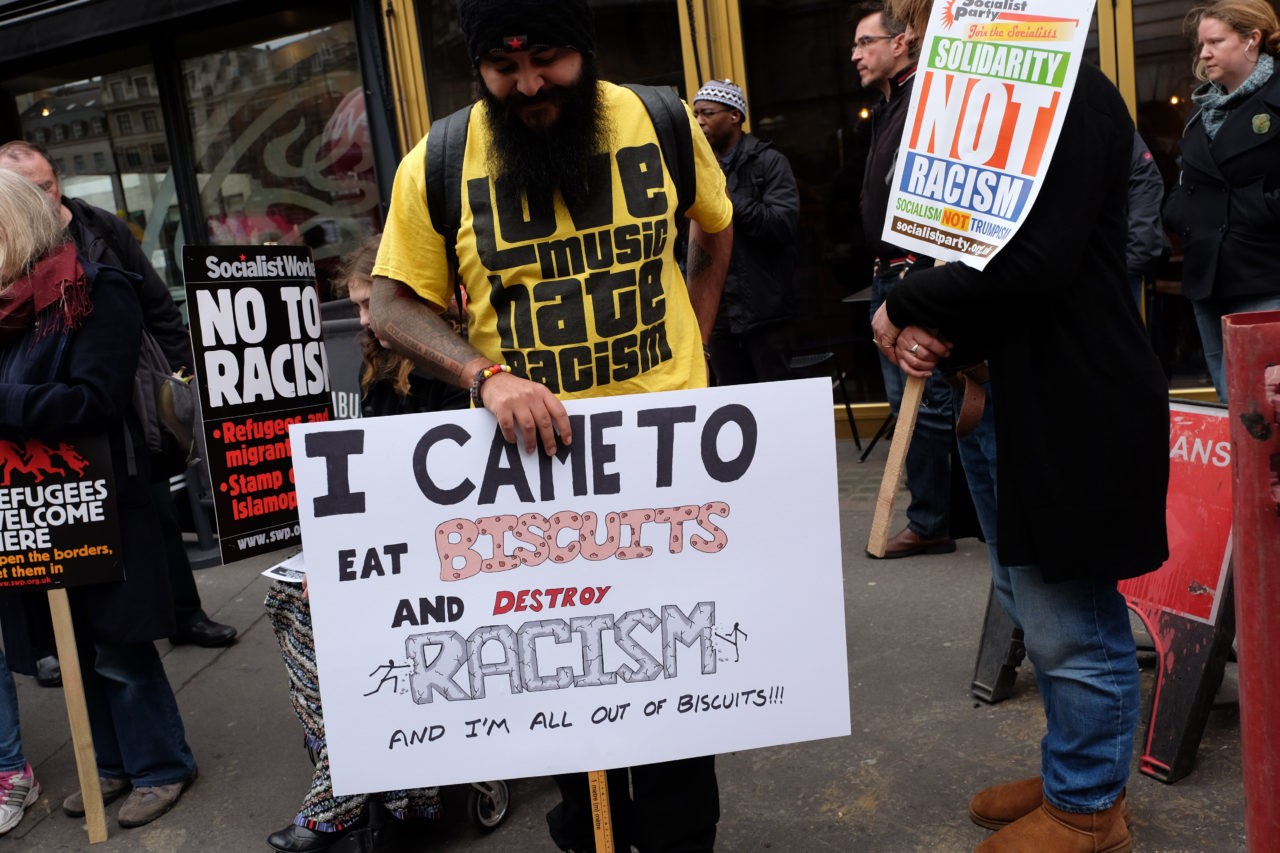 We think we have an idea where they might have gone… 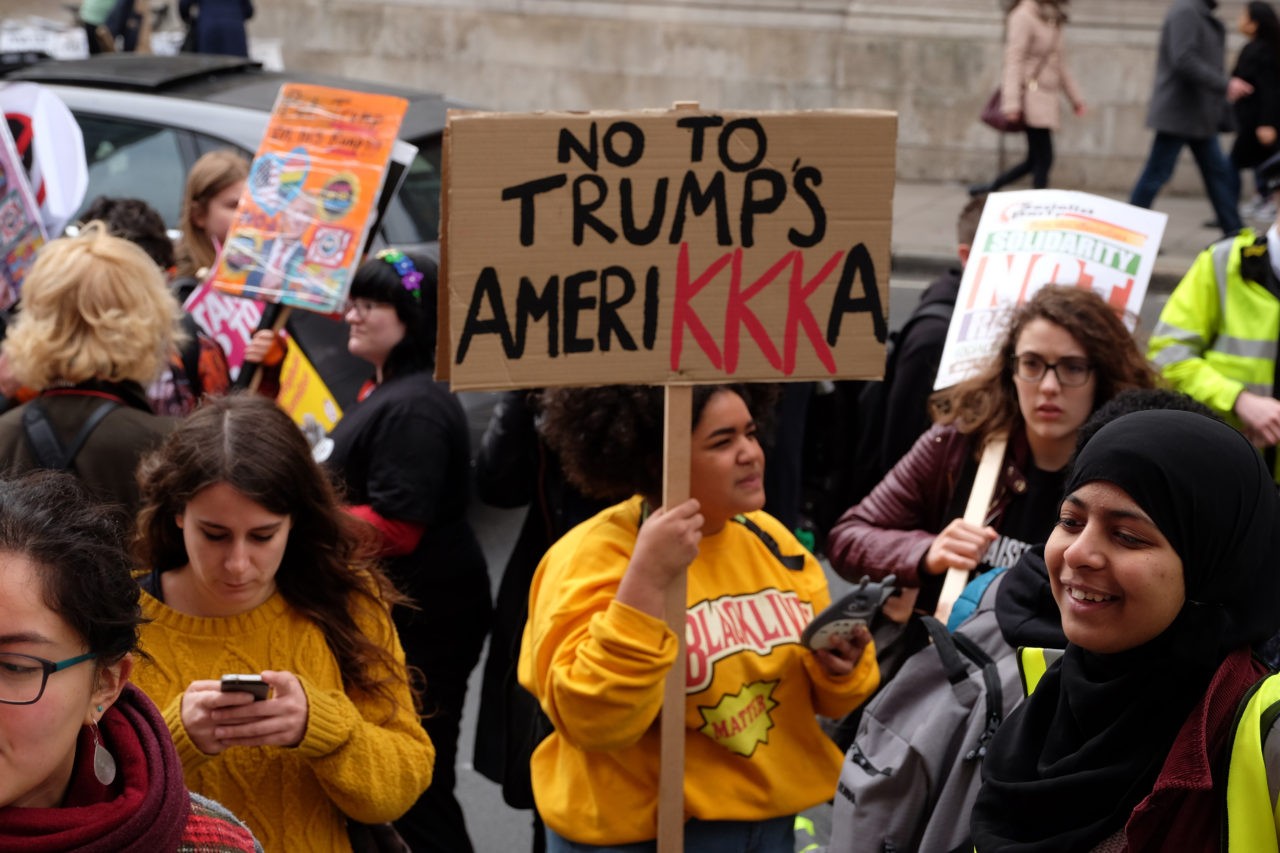 “No to Trump’s AmeriKKKA’, says woman wearing merch from a racist organisation. 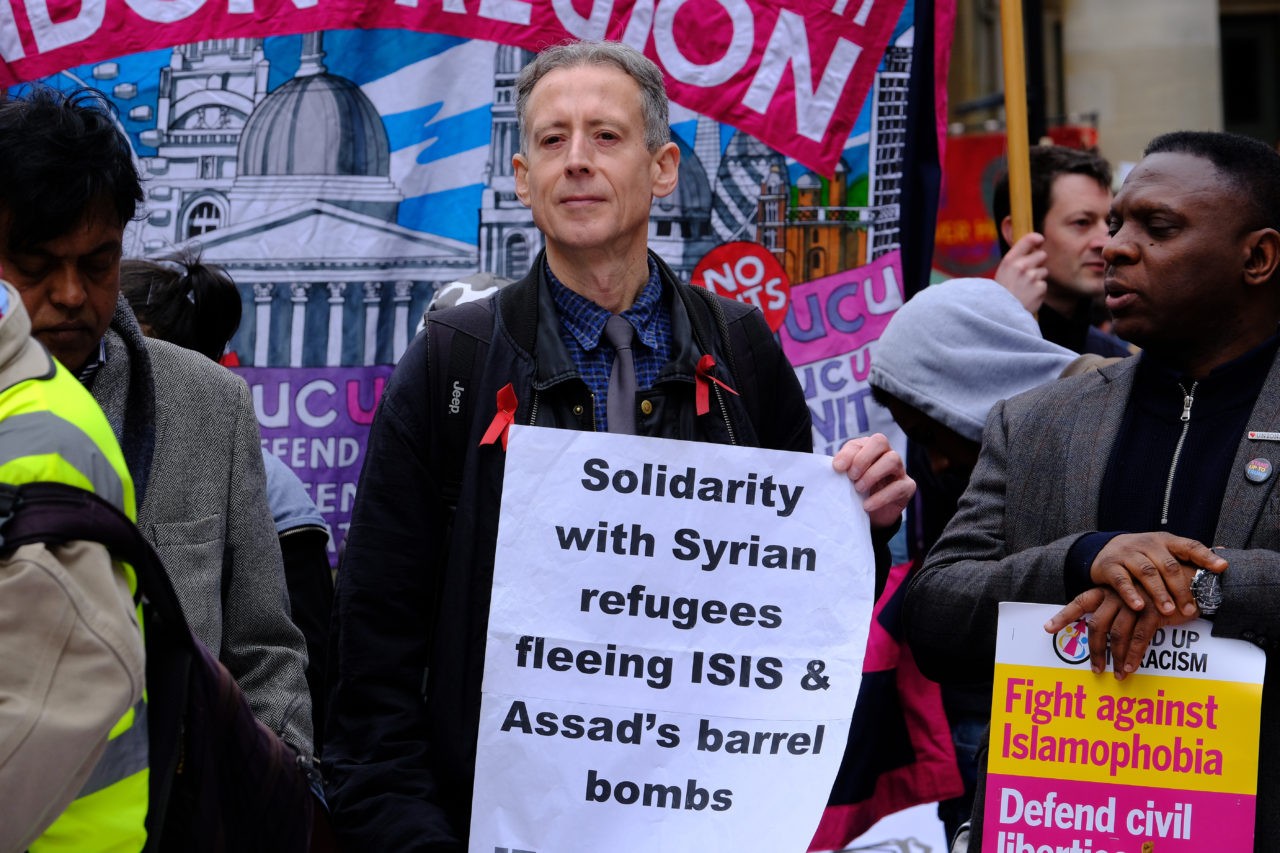 How about ISIS refugees fleeing Russian and Western bombs, Pete? 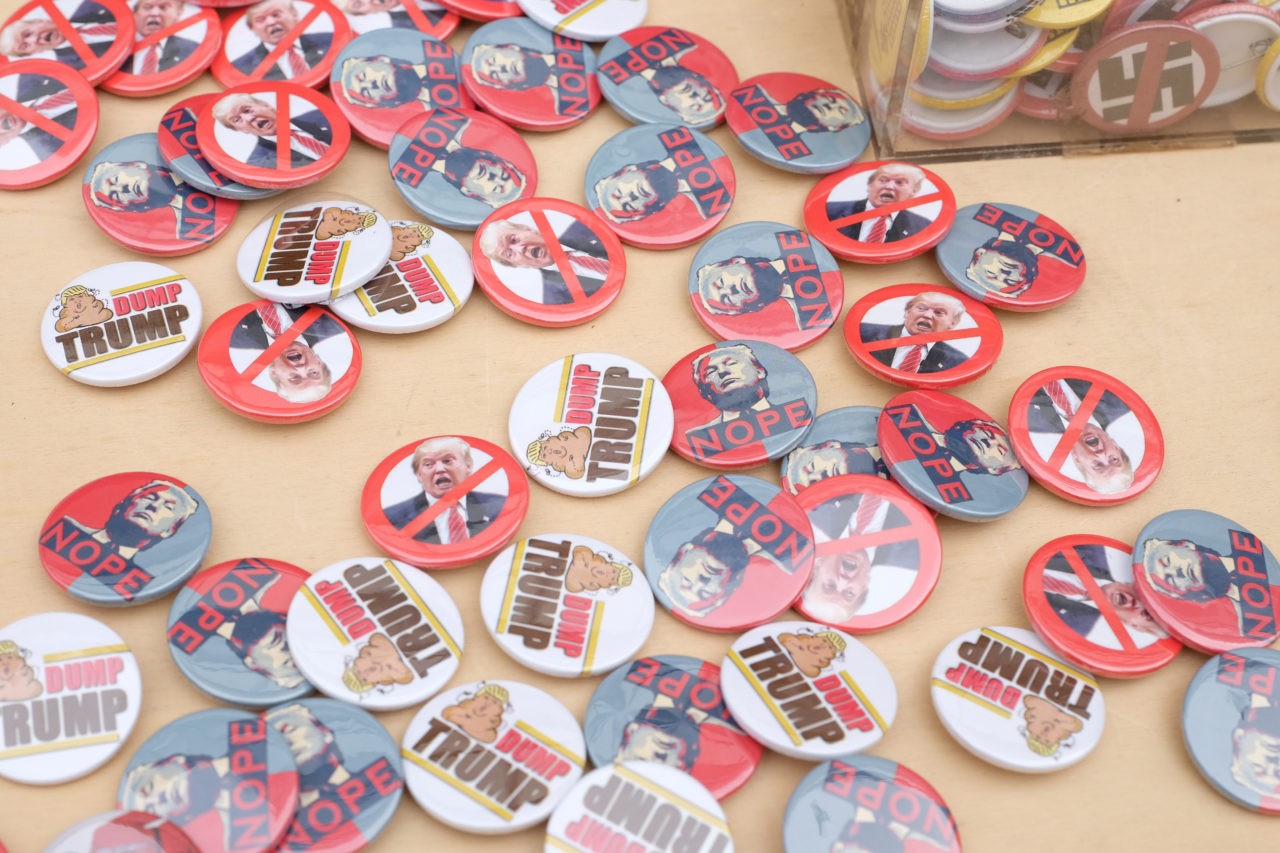 So they’re saying “Let’s have an open mind towards the Trump administration and build a constructive dialogue”, we think? 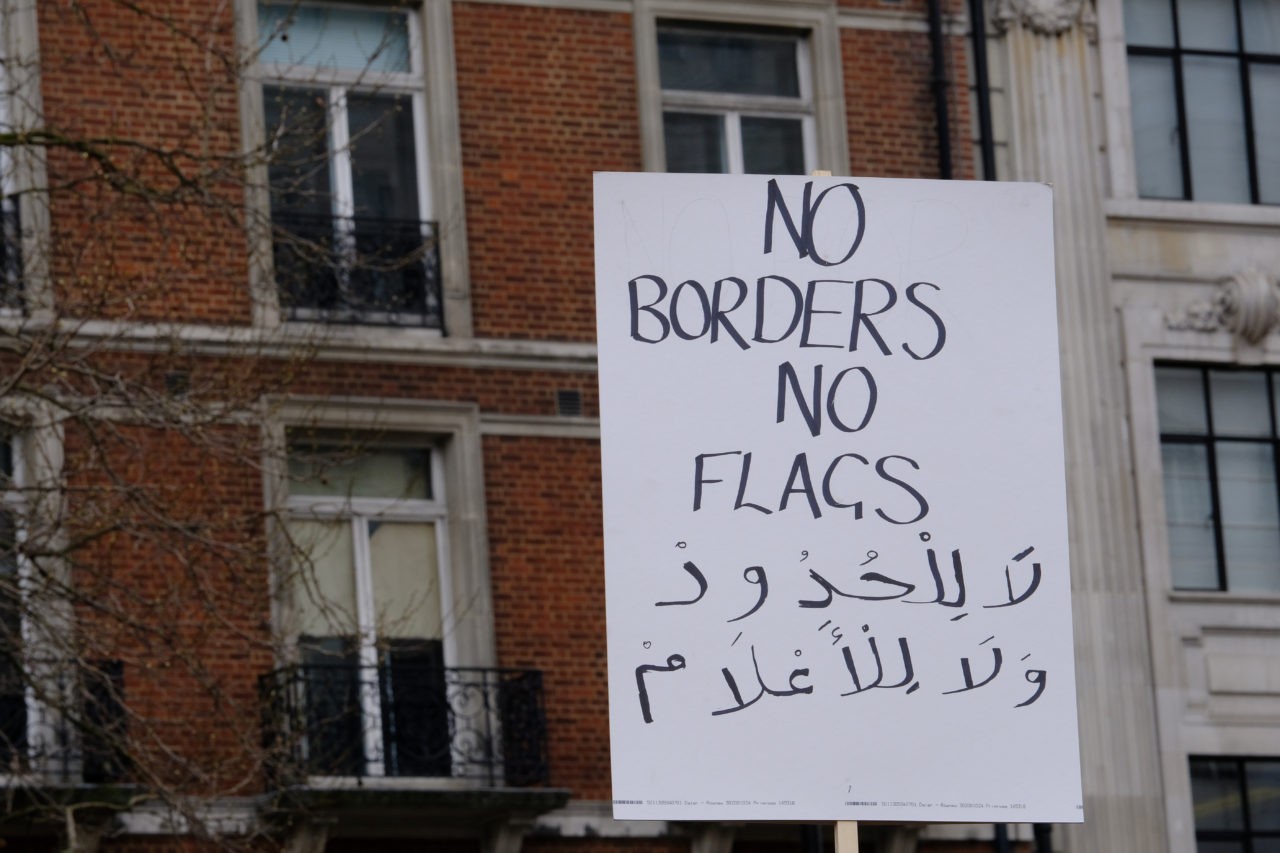 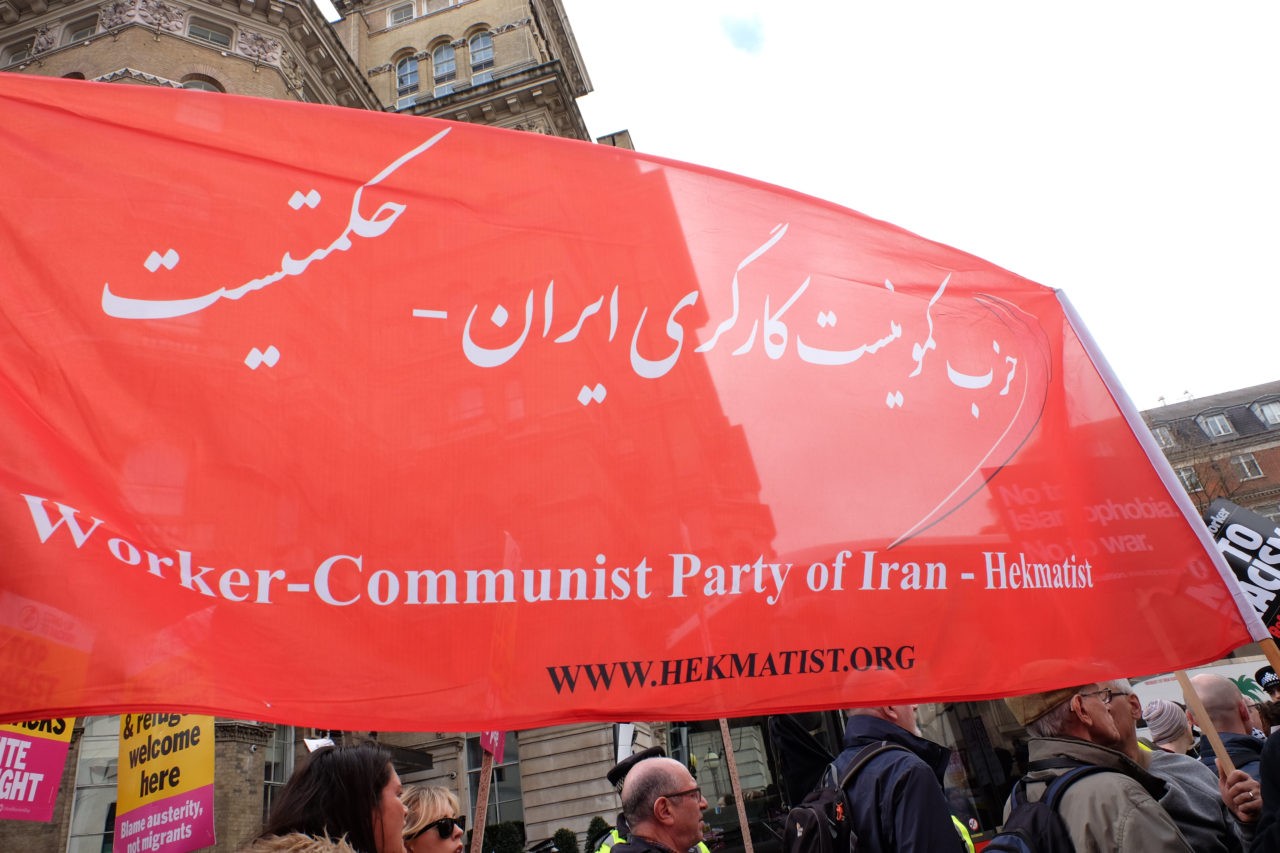 Well, except communist flags. Those are fine. 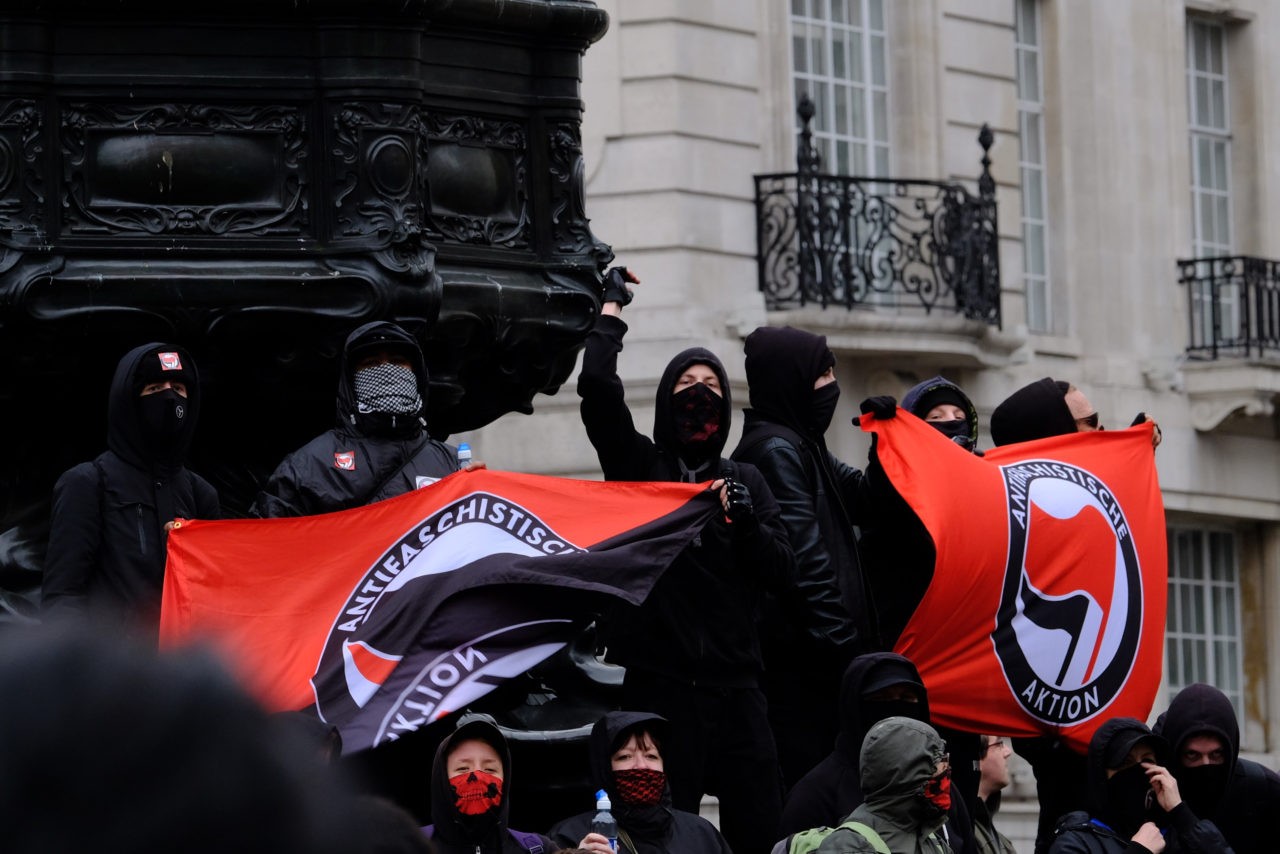 Antifa banners will also be acceptable. 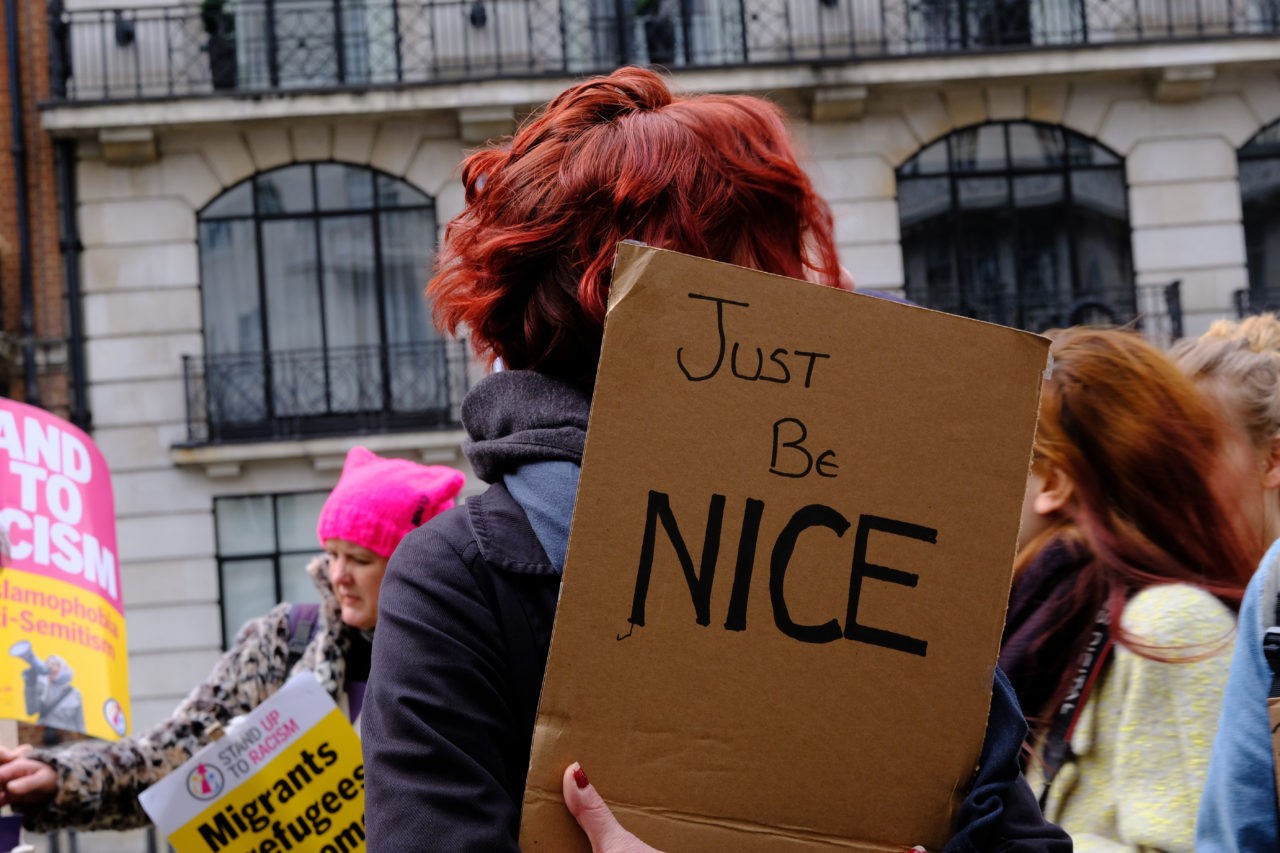 “Just be nice”, asks one protestor. 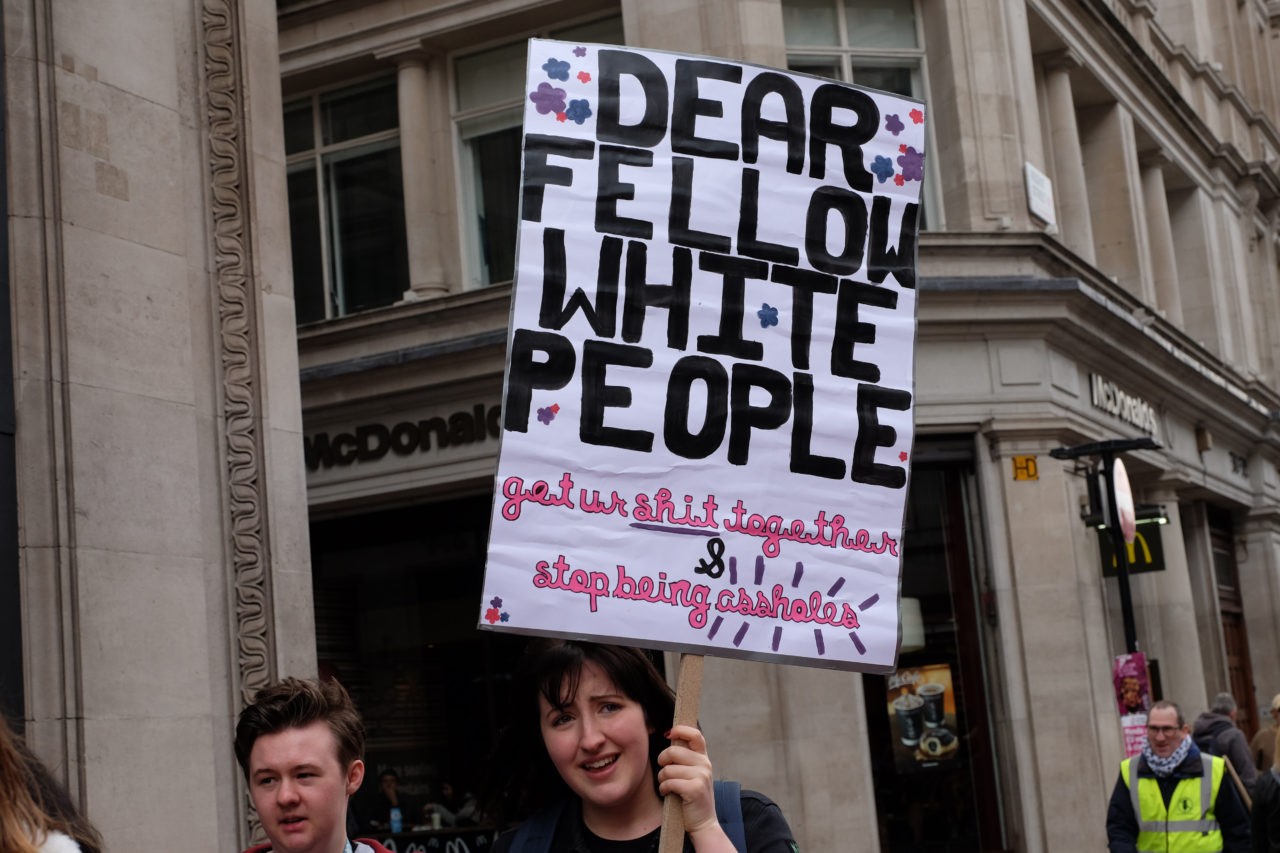 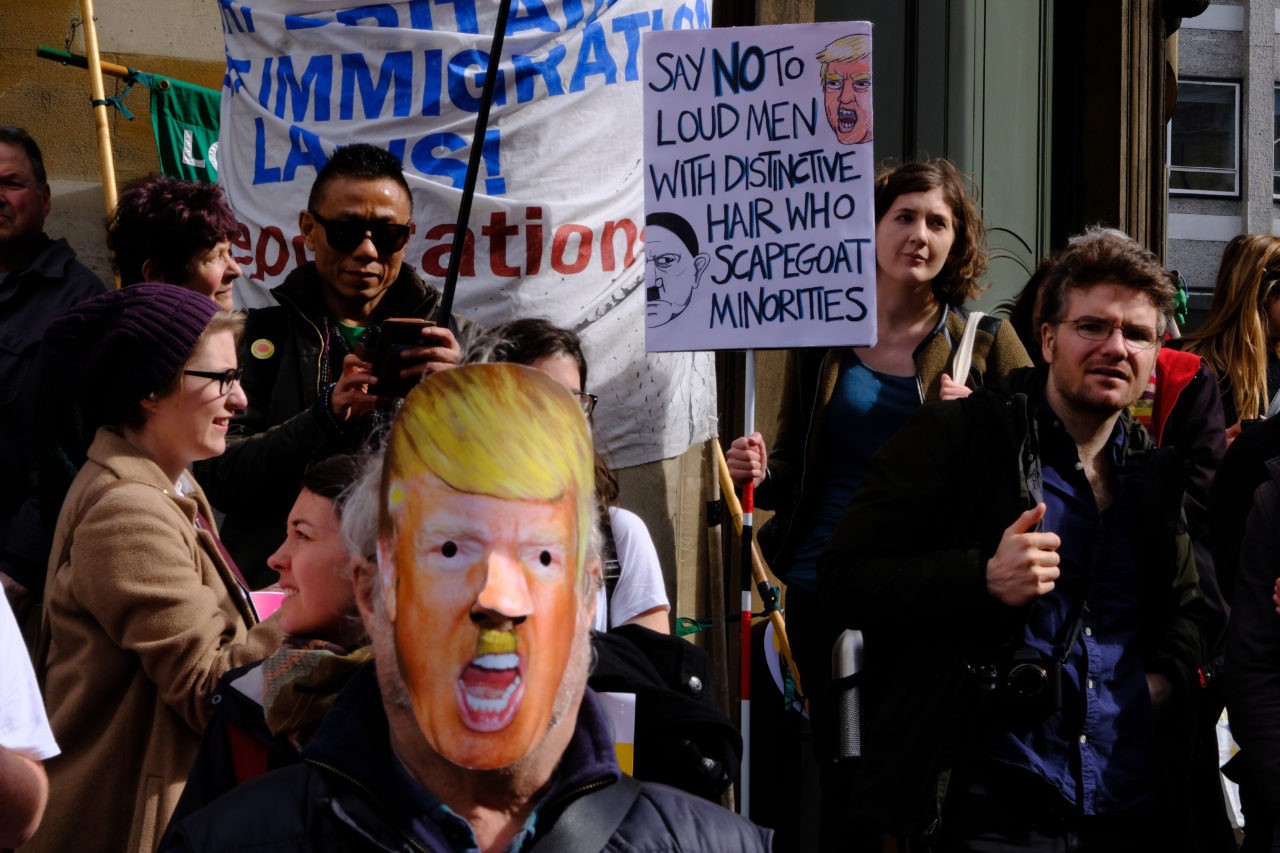 More of that “being nice” stuff.